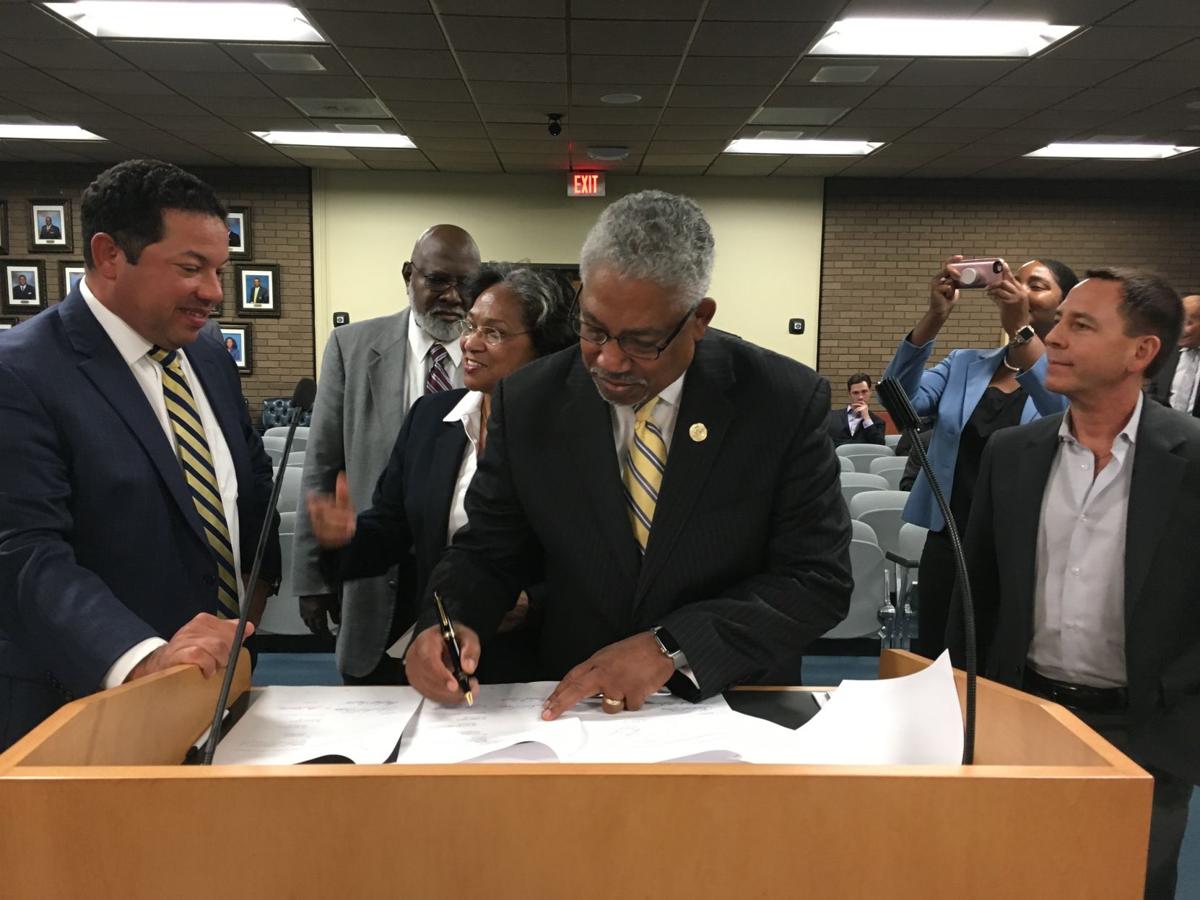 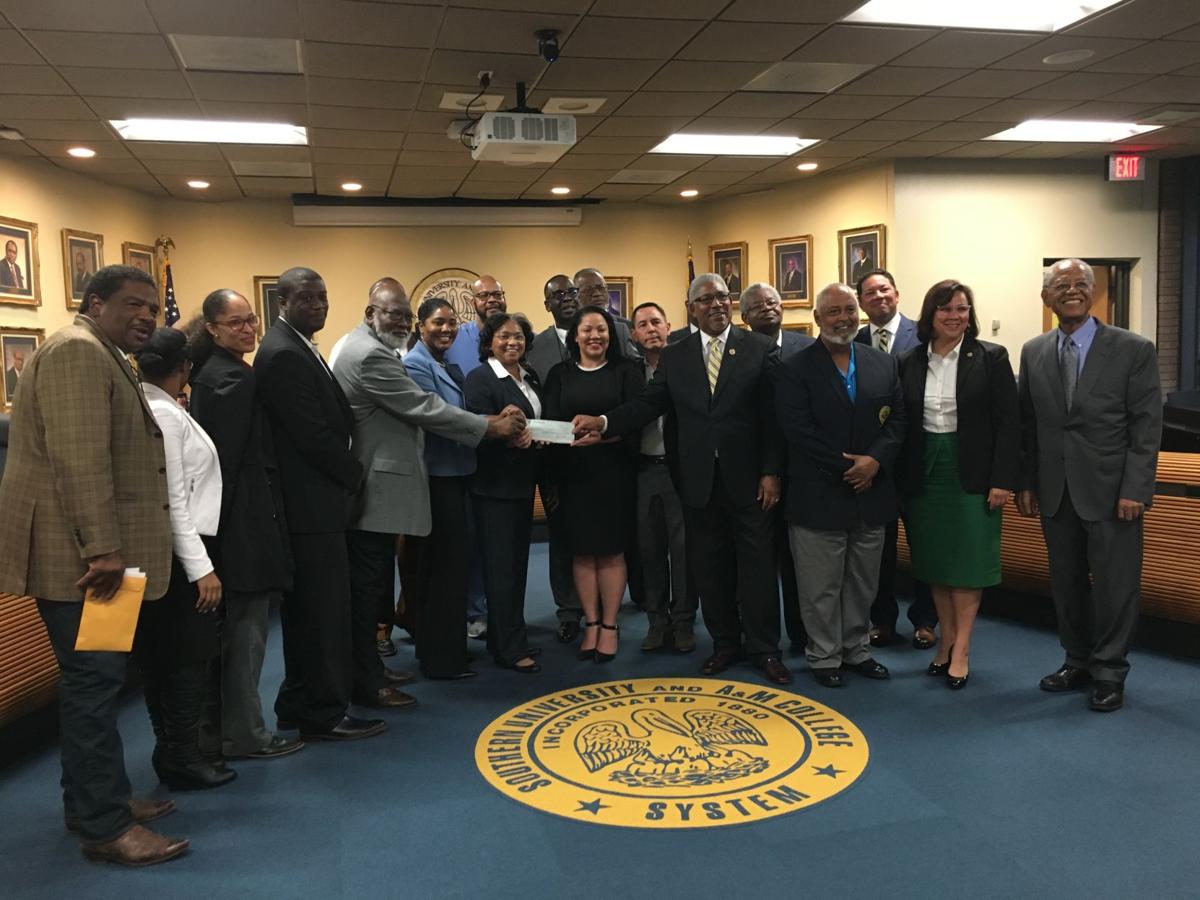 A division of a Pennsylvania marijuana company has bought out the majority interest in Advanced Biomedics, Southern University’s medical marijuana partner, with school officials heralding the deal as a way to “right the ship” after months of delays and infighting at the company.

Ilera Holistic Healthcare on Monday paid Southern University a long-awaited $2.15 million — the first of more than $6 million in payments the school is set to receive from Advanced Biomedics — and promised to revive a company that made little progress toward beginning operations as one of Louisiana’s two licensed marijuana growers.

Southern University has given Advanced Biomedics until next Thursday to pay $2.15 million to the university and make progress on its medical m…

Now Advanced Biomedics must essentially start over in its effort to build a marijuana program, more than a year after Southern initially selected it. Southern attorney Winston Decuir Jr. said the few steps Advanced Biomedics had taken — preliminary plans and designs — will not be “useful” to the new owners.

Officials with Ilera said they would purchase a 40-acre tract of land at 14200 Scenic Highway in north Baton Rouge, next to an existing Southern AgCenter facility, in the next two months. The firm said it will begin building a temporary facility shortly thereafter in an effort to have marijuana on the shelves in the “early second quarter” of 2019. Meanwhile, the firm plans to gain approval from state agriculture regulators to build a permanent facility at the site, a process that will likely take at least a year.

Southern University President and Chancellor Ray Belton said he was “disappointed” with the progress that has been made so far under Advanced Biomedics’ previous majority owner, Carencro businessman Carrol Castille. Castille owned 68 percent of Advanced Biomedics.

Despite months of lawsuits, threats of lawsuits and delays at Advanced Biomedics, Belton said the school decided not to seek out one of the other bidders that went through a competitive bid process last year because the process would have been “mired in litigation.” Advanced Biomedics, while not ranked first by a selection committee that evaluated applicants, offered the school the most money of any bidder.

“We would have literally had to start all over again,” Belton said. “Our best interest was to make this work.”

Southern University had issued Advanced Biomedics an ultimatum in October, threatening to pick another vendor unless the company paid it $2.15 million and made progress toward beginning operations. That came as another effort to buy Castille’s ownership, by Lafayette investor Hunter Perret, fell apart.

The company never closed on the property it identified as its growing site in Baker, and the new owners have selected a different piece of land.

Before Ilera outlined its plans to get marijuana on the shelves at the Southern's board meeting, Iam Tucker, a representative of Southern Roots Therapeutics, one of the losing bidders a year ago, chastised the deal, as well as the lack of progress made so far.

“(Ilera) has basically circumvented the entire process that has occurred here, that every applicant had to go through,” Tucker said.

Jacob Irving, who was formerly involved with Southern Roots and who is now involved with the marijuana pharmacy industry, called the ordeal “unethical and disappointing.”

Board member Tony Clayton called Advanced Biomedics a “train wreck” until now, but insisted the Southern board stood up and protected the school as best it could.

“It’s hard to fight against folks who don’t have good intentions from the onset,” Clayton said.

A spokesman for Castille did not return a message seeking comment late Monday.

The Southern University board of supervisors did not have the ability to approve or reject the sale of ownership, but did vote to amend the agreement it had in place with Advanced Biomedics to allow for the change in location and to require board approval for future changes in ownership of more than 50 percent. The board also voted in favor of a resolution “recognizing” Ilera Holistic Healthcare as Advanced Biomedics’ new majority owner. The vote on all three items was 11-0 with one abstention and four absent.

The owners include Chanda Macias, owner of National Holistic Healing Center; her husband Michael Bobo; Ilera Healthcare CEO Gregory Rochlin; and several others Rochlin declined to identify. Macias previously tried to bid to be Southern’s marijuana partner, but missed the deadline, she said. She has served as an informal adviser to the school on the program since.

Rochlin said the merger is aimed at landing several marijuana licenses in other states, which he said the company is actively pursuing. The Southern operation will be the company’s first. Ilera Healthcare holds one of Pennsylvania’s five marijuana licenses, he said, allowing it to grow and dispense the product.

Rochlin declined to specify how much the firm paid for Castille’s ownership stake, citing a nondisclosure agreement. It is also unclear how much Advanced Biomedics’ new owners plan to invest in the project here, with Macias saying it is too early to benchmark that amount. Chad Bodin, a roughly 25 percent owner and former CEO of Advanced Biomedics, who previously feuded in court with Castille over the ownership of the firm, will remain an owner but not CEO, Rochlin said. Other minority owners will retain ownership interest, he said.

While Advanced Biomedics has not made much progress, LSU’s marijuana-growing partner, GB Sciences, has begun growing plants in a temporary pod in south Baton Rouge, and said it will have product on the shelves as early as the first quarter of next year.

Southern board member Dr. Rani Whitfield, who said he is working to get his marijuana license from state medical regulators, said he was “definitely upset” with the way the partnership has progressed so far.

“It felt like we were kind of sold a dream at one time,” he said following the vote. “Now we have a team locked in place …. Hopefully they can move forward and Ilera will live up to what they say they’re going to do.”

More than a year after Southern University selected Advanced Biomedics to run its medical marijuana program, the company has not acquired the …

A national eyeglasses and contact lenses chain will move into the former Maurice’s location at the Stirling Lafayette shopping center.

A division of a Pennsylvania marijuana company has bought out the majority interest in Advanced Biomedics, Southern University’s medical marij…

Who's drilling in Louisiana? Here are the well permits filed for Nov. 3-10

No snow for south Louisiana, but temps should plunge into 30s, forecasters say

Yes, it will be cold enough for snow in parts of south Louisiana this week but, no, it's not expected. Forecasters say the moisture needed to …

Letters: Why is Louisiana slow with medical marijuana prescriptions? Blame falls on our legislators

While reading Melinda Deslatte's recent opinion piece about the delays in providing medical marijuana to patients in Louisiana, I noticed she …