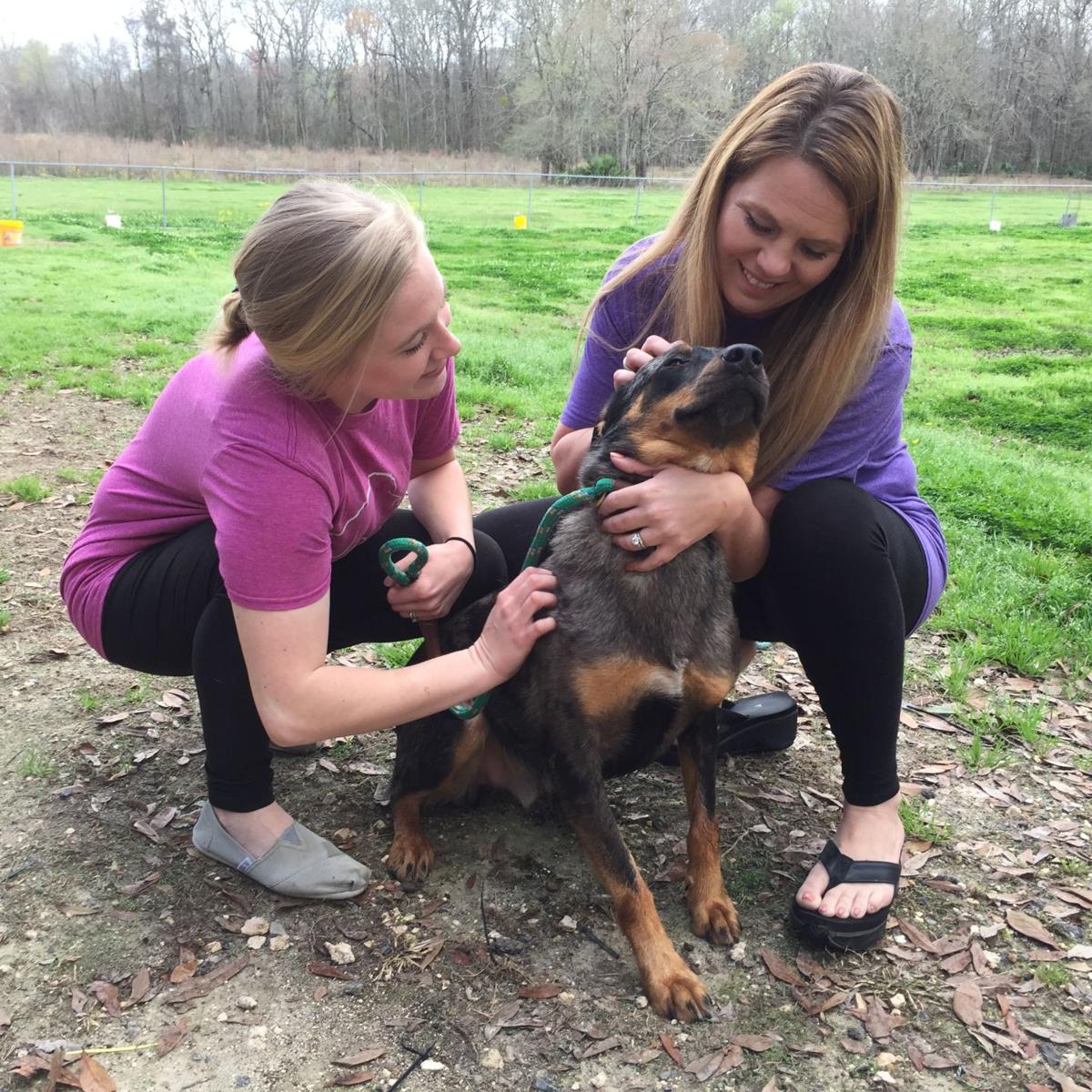 Kassie Vaughn, manager of CARA's House, left, and Reagan Daniel, president of CARA's board, visit with a Blue Heeler named Jake at the CARA's House animal shelter on Airline Highway in Sorrento, Louisiana in February 2018. 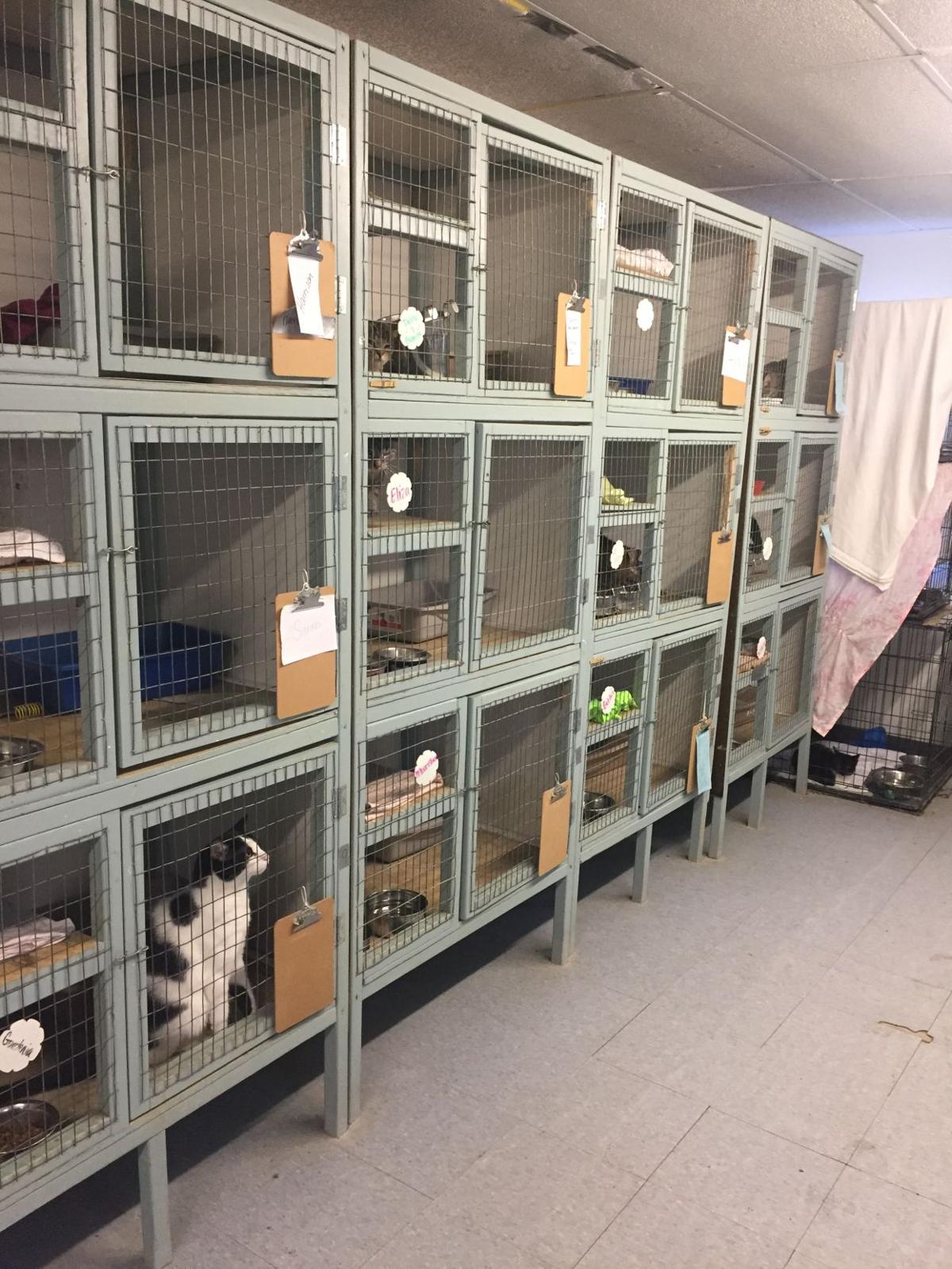 Cats wait for a friend Monday, Nov. 26, 2018, at CARA’s House, the Ascension Parish animal shelter near Sorrento. The cats are housed in trailers separate from the main shelter building where the dogs are located. 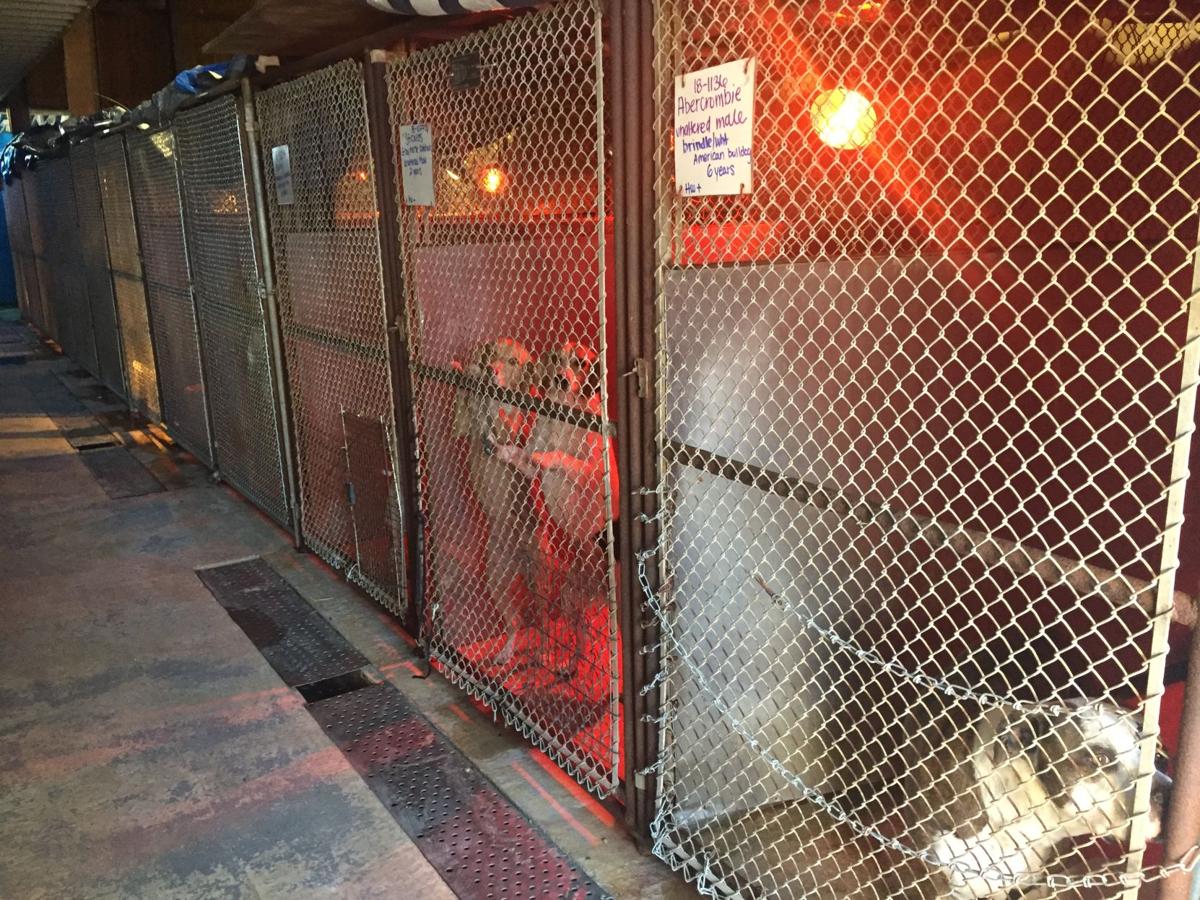 Kassie Vaughn, manager of CARA's House, left, and Reagan Daniel, president of CARA's board, visit with a Blue Heeler named Jake at the CARA's House animal shelter on Airline Highway in Sorrento, Louisiana in February 2018.

Cats wait for a friend Monday, Nov. 26, 2018, at CARA’s House, the Ascension Parish animal shelter near Sorrento. The cats are housed in trailers separate from the main shelter building where the dogs are located.

SORRENTO — Ascension Parish voters will be asked Dec. 8 to back a new 1-mill property tax to finance the parish animal shelter and animal control services and support construction of a new building to house both operations.

The proposed 10-year tax is the outgrowth of a more-humanitarian vision for the shelter since a nonprofit group took over operations in late 2015 and, supporters say, a result of increasing demand for shelter space because of animal population growth.

Volunteers with Companion Animal Rescue of Ascension, the nonprofit that has run the shelter under a 10-year parish contract, put together the tax proposal after Parish Council members urged them to seek permanent funding amid requests for additional money.

The Sorrento-area shelter on Airline Highway is called CARA's House.

Early voting for the Dec. 8 election is underway and ends Saturday. Turnout of 15 percent to 20 percent is expected, parish Registrar of Voters Robert Poche said.

The Ascension ballot includes a handful of local elections, including one parish School Board runoff in the Prairieville area and a proposed Gonzales city hotel-motel tax that hoteliers are fighting.

The shelter tax proposal has kept a lower profile, and has not generated a major, public opposition. Parish Councilman Daniel “Doc” Satterlee, a Prairieville-area official and usually a reliable opponent of new tax measures, has been a proponent of the proposed shelter tax and of CARA’s overall efforts.

Daniel, the CARA president, said the proposed tax revenues would be divided roughly into thirds, financing operations of the shelter, operations of the parish Animal Control Department and construction of a new shelter building.

Daniel said the new shelter building, which early estimates put at $2.5 million, would bring shelter and animal control operations to one location, which parish government still needs to determine.

Martin McConnell, parish government spokesman, said that if the tax passes, the parish also would begin talks with CARA to take over all animal services. So far in 2018, the parish has received 591 animal control complaints, picking up 43 animals in October, he said.

Once banned from the Ascension Parish animal shelter, the CARA animal welfare group now to run the facility

CARA took over the parish shelter in late 2015 under a deal with then-Parish President Tommy Martinez only months after its members had been banned over their accusations of improper treatment of animals.

Daniel said the shelter only euthanizes ill or aggressive animals.

Though CARA has boosted local adoptions and transports 40 to 50 animals per month out of state, space at the nearly 20-year-old building remains at a premium, with about 350 cats and dogs in the facility currently.

In 2017 and 2018, the Louisiana Department of Agriculture and Forestry found the shelter non-compliant, a spokeswoman said. Daniel said blamed the old shelter’s physical condition for those findings.

As floodwaters rose inside the Ascension Parish animal shelter on Aug. 14, employees and volunteers frantically reached out to rescue groups t…

The new shelter would also provide surgical space for a new full-time staff veterinarian to increase spay and neutering programs. The shelter currently uses outside veterinarians.

Since CARA took over, the cost of shelter operations has increased. In 2015, CARA agreed to a $200,000 annual appropriation supplemented with volunteer support and donations. Despite a cadre of 40 to 50 volunteers, CARA now has 13 employees and a $350,000 parish appropriation, an increase granted last year that prompted the push for the tax.

According to assessor’s data, a 1-mill parishwide property tax generates about $1.32 million annually.

CARA’s budget estimates for the proposed tax hew closer to about $1.1 million. Under that assumption, the animal shelter and animal control each would get $400,000 annually, increases from their current funding levels. The remainder would be set aside for debt on the proposed building.

Parish officials have said that if voters approve the tax, a public board to oversee the revenue would be created.

For a homeowner with a $250,000 house and homestead exemption, a 1-mill tax increase would cost an extra $17.50 annually. The owner of $500,000 commercial building would pay an extra $75 per year, according to assessor’s figures.