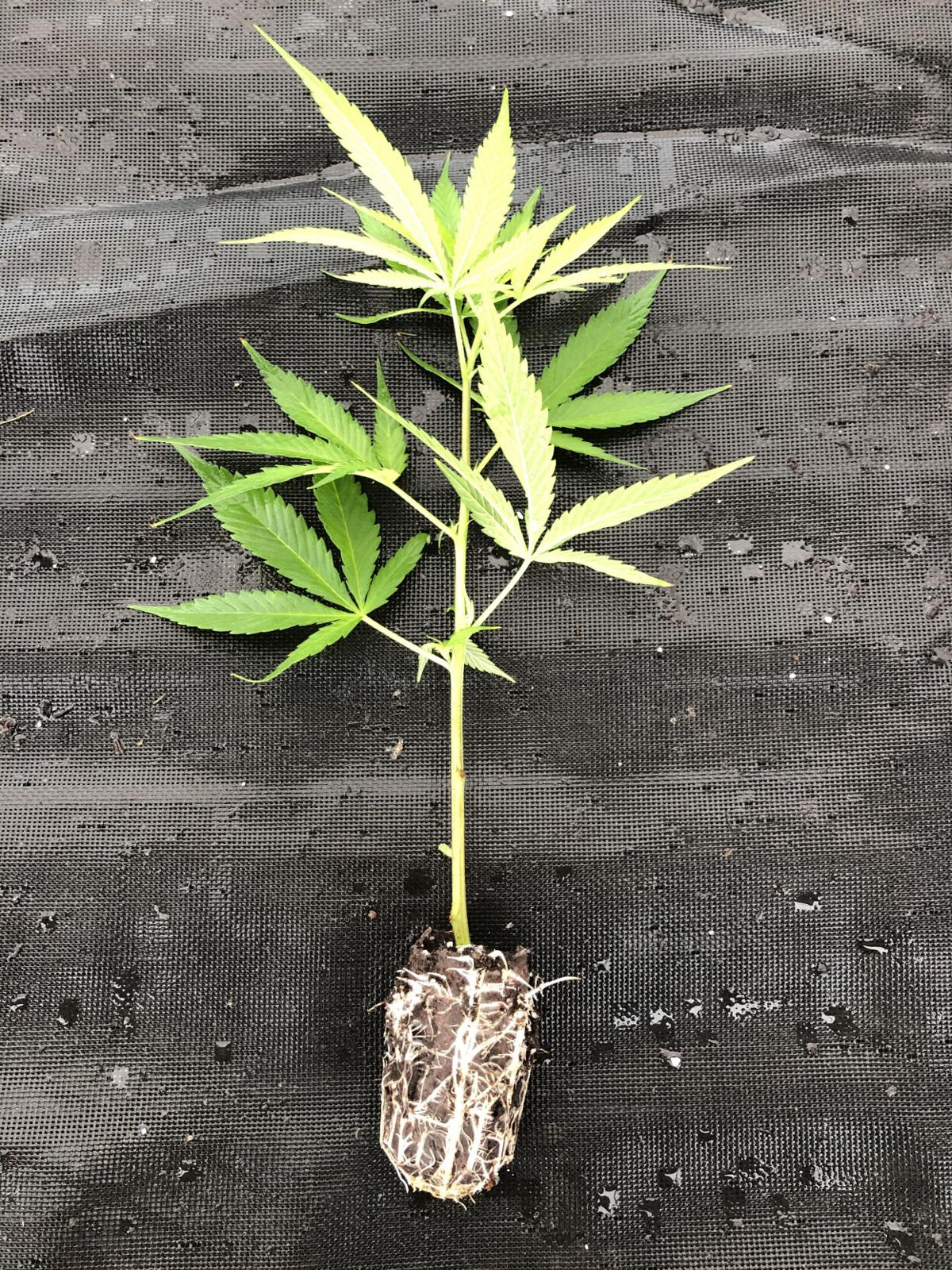 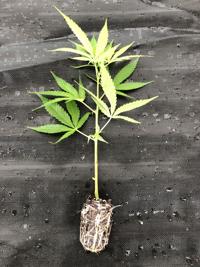 The hemp plant, shown here, is making a comeback as a crop in Louisiana. 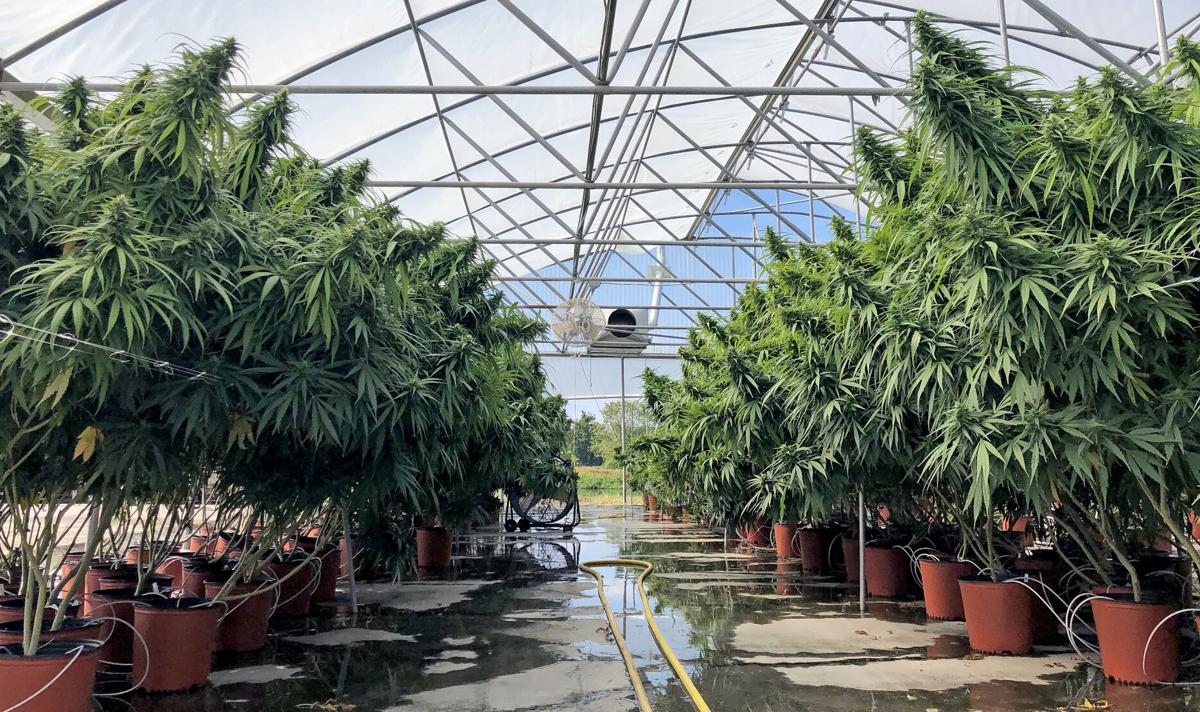 The hemp plant, shown here, is making a comeback as a crop in Louisiana.

Louisiana farmers faced a host of challenges this spring with their first crop of hemp, a relative of marijuana that was last grown in the state more than 80 years ago.

Thanks to new federal and state laws, hemp is making a comeback in the U.S., as a boon for small farmers, with uses ranging from cannabidiol oil for topical products to cloth, rope and additives for concrete.

Ninety-one Louisiana growers in 41 parishes were licensed through the state Agriculture and Forestry Department to plant hemp this spring.

His department approved 2,600 acres for hemp farming in the state this year. Of that, a little over 800 acres was planted. More than half, about 500 acres, saw crop failure, Strain said.

But he and others are hopeful for the future of hemp here.

"In the future, we'll have better seed and people will learn more about it, plus we'll see varieties that are adapted" to Louisiana, he said.

"There will be growing pains — it's a new agricultural commodity. But I think it has a lot of potential," said Michael Deliberto, an assistant professor of farm management and agricultural policy at the LSU AgCenter, which is active in hemp research.

Cain said that some of the healthiest crops this year came from growers using greenhouses.

One of them, family-owned Dupont Nursery in Plaquemine, which raises traditional annuals and perennials for wholesale, this year began supplying hemp plants to farmers as well.

The 35-year-old business delivers bedding plants to retail operations across the deep South from Houston to Miami, said Robert Dupont, one of the owners.

When his family heard last year of the coming opportunities to grow hemp here, they went to an agricultural field day in South Carolina to learn more about it.

The nursery business ended up signing a contract with a South Carolina farm to produce its hemp variety; Dupont Nursery is supplying farmers interested in raising hemp for cannabidiol oil, which requires only female plants.

In its greenhouses, the Dupont Nursery grows what's known in the industry as "clones," rooted from 6-inch cuttings taken from the top of the plant.

"We had a pretty good first year, selling to Louisiana farmers," Dupont said.

The nursery had its own trial field of three acres, he said. It lost more than an acre of it due to heavy rains this past summer.

But, Dupont said, the business still plans to pursue field farming, along with its greenhouse operations.

"We're going to prepare the field better and use new varieties grown from seed as well as cuttings," he said.

Borne Technologies, looking to build in Gonzales near Interstate 10, will be manufacturing cannabinoid oils when it begins processing, hopefully early in 2021, Caroline Maxwell, development manager said.

The company's current plan, she said, is to produce CBD oil for wholesale.

Hemp was last grown commercially in the U.S. in the 1930s for everyday items like lamp fuel, twine and rope.

But the Marijuana Tax Act of 1938 effectively wiped out the then-legal growing of marijuana. Hemp, although it doesn't intoxicate, was included in the federal act, as well. Decades later, that legislation was replaced by the 1971 Controlled Substances Act.

Hemp got a new start with the U.S. Farm Bill of 2018 that allows its cultivation — with certain restrictions in place — and the sale of its products. A federal farm bill four years earlier allowed for pilot growing programs, as a first step.

Louisiana didn't participate in a pilot program, but in 2019 created a plan to grow hemp that won approval from the U.S. Department of Agriculture and went into effect this year.

One restriction that's in place on the crop: hemp grown in the U.S. can have no more than 0.3% of the chemical tetrahydrocannabinol (THC), the main psychoactive chemical in marijuana.

The main difference between hemp and marijuana is that marijuana usually contains about 4% to 20% of THC, Deliberto said in an LSU AgCenter report on the hemp industry.

"Hemp has absolutely no use as a recreational drug," Deliberto said.

But its uses number in the thousands for consumer and industrial uses, said Art Walker, chair of the Louisiana Hemp Alliance, a nonprofit trade association.

"It will be a dynamic commercial endeavor of Louisiana," he said.