The East Baton Rouge Metro Council will consider later this month new rules for the look and placement of 5G cell towers in the city-parish.

The towers are necessary for telecommunications companies to build the next generation of wireless internet, which is expected to be dramatically faster. But they have drawn criticism from homeowners' associations and residents, who say they can be eyesores and diminish property values.

The Metro Council agreed last year to retool its regulations on the burgeoning technology following an outcry from homeowners who said they were given little to no notice when AT&T began installing the cell towers in the public rights of way in front of their homes.

That also led Mayor-President Sharon Weston Broome to ask the telecommunications firms to cease new construction until a new ordinance was adopted.

If approved at the council's Nov. 24 meeting, the 35-page ordinance would require wireless providers to send a notice via first-class postage within two days of applying for a permit to all landowners and homeowners' associations within 300 feet of the proposed facility. The Metro Council member representing the area must also be notified and a blaze orange placard must be placed on-site as notice.

The ordinance will require wireless service providers like AT&T and Verizon to obtain a permit from the city-parish prior to construction and allows homeowners' associations to submit maps to the municipality that designate preferred locations for the new technology.

The ordinance also lays out a list of preferred structures in which to locate the technology. Existing utility poles top the list, followed by streetlight poles. If that's not feasible, a new structure is recommended. The use of traffic signal poles is highly discouraged. Non-residential sites are also preferred.

If a wireless provider proposes a site in their application that isn't the highest priority designation, they must include a detailed narrative and technical explanation as to why they're electing to utilize a lower priority site.

The structures must conform to a design manual published by the city-parish, among other aesthetic requirements, with the goal of making them as "visually inconspicuous as reasonably possible."

The ordinance requires an initial $1,000 fee for new poles or support structures and at least $500 for use of existing poles. Providers would also have to pay $250 annual fees for continued use of parish rights of way.

The terms 4G and 5G denote different "generations" of wireless connection and capacity. LTE represents an intermediate step between true 4G and the older, slower 3G service, which had enabled the first major step beyond voice and text to the videos and music now standard on smart phones.

The 5G service is supposed to represent a quantum leap in internet speeds and reliability over even true 4G service, allowing greater networking capabilities and fueling the "internet of things" that is expected to bring advances in a myriad of devices used in daily life, business and industry.

Cellphone makers like iPhone and Android are already rolling out cellphones designed for 5G service. A November 2019 forecast that IHS Markit did for Qualcomm Technologies found 5G's full impact should be realized by 2035 and add $13.2 trillion to the global economy.

One drawback of 5G, however, is that it has limited long-range service and needs more towers than older generations of wireless service, necessitating new regulations to manage the expansion. 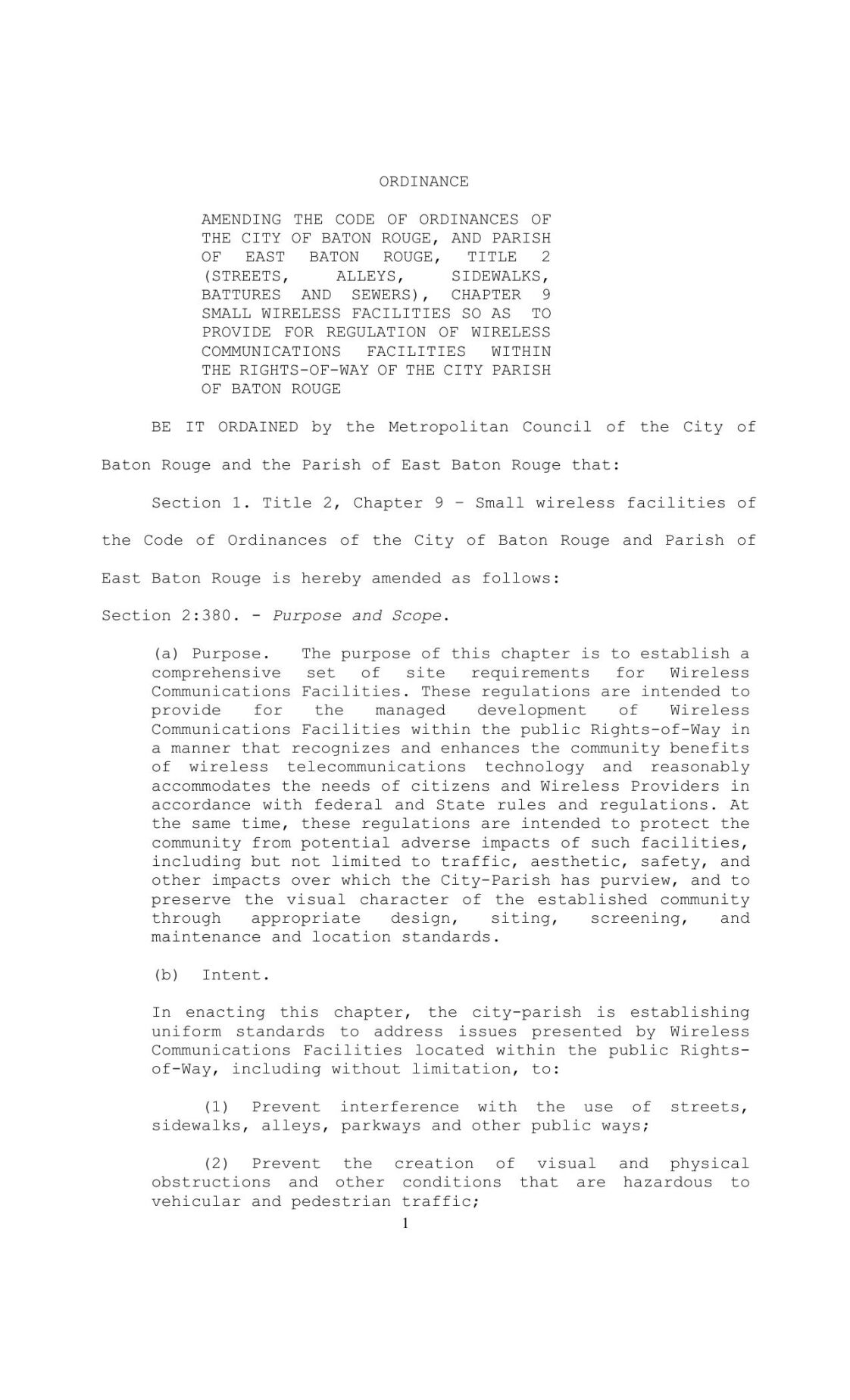 What's next for 5G cell towers in Baton Rouge? Civic associations hope for ordinance in February