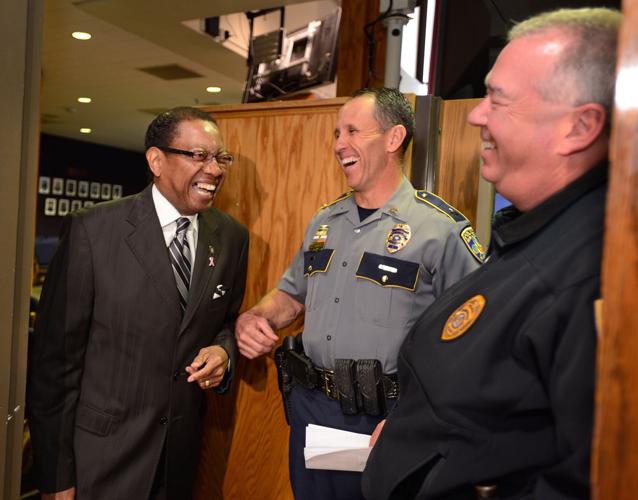 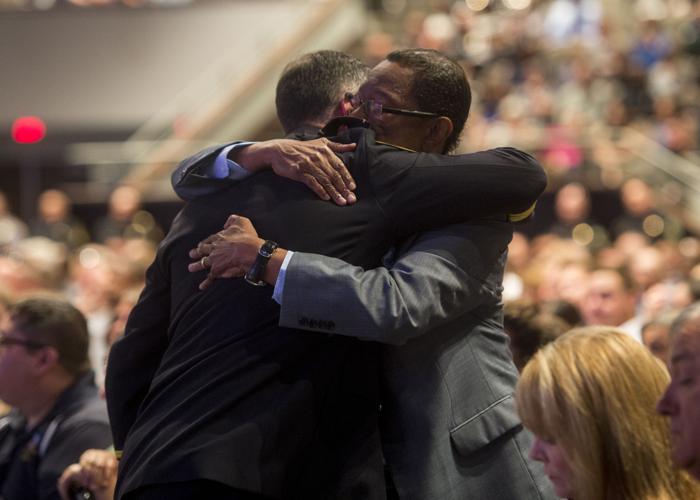 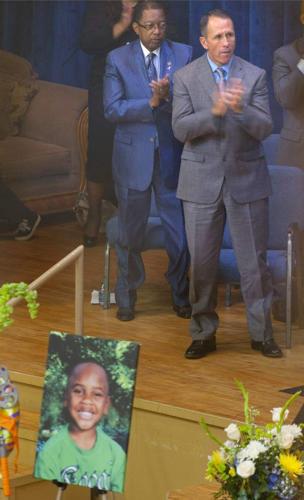 The former mayor-president who tapped Carl Dabadie as his police chief said Monday that Dabadie has been treated unfairly and that his retirement will be a terrible blow to Baton Rouge.

Former Mayor-President Kip Holden named Dabadie as BRPD chief in 2013. The two had an especially close relationship and spoke every day, Holden said.

Holden credited Dabadie with leading Baton Rouge to its lowest level of homicides in a decade during 2016. And Holden criticized current Mayor-President Sharon Weston Broome, who has been calling for a new BRPD chief since she was on the campaign trail a year ago.

"She made a decision on a good man, a good person, a good law enforcement officer, and it will come back to haunt her," Holden said.

Carl Dabadie: Serving was 'honor of a lifetime,' had hoped to grow into 'strong partnership' with mayor

Dabadie submitted his retirement letter Monday morning, saying his retirement would become effective Oct. 2 but he would take accrued vacation time until then.

Both Dabadie's retirement letter and a public statement he released indicated that he had a strained relationship with Broome. Dabadie specifically thanked Holden in his public statement for "his confidence in me and for the opportunity to lead one of the most prestigious police departments in the country."

Holden said Dabadie and Jeff LeDuff — who also led the police department during Holden's tenure — were the two most visible chiefs in recent memory in Baton Rouge. He said Broome has not enumerated specific reasons why she wanted Dabadie gone from his role, and that she will be hard-pressed to replace him.

"Whoever she has in mind [to replace Dabadie] — he or she will go through a tremendous amount of scrutiny," Holden said. "If she thought running for mayor was tough, taking on naming a police chief is going to be even tougher."

And Holden said he has heard rumors that Broome has "somebody local" lined up to fill the job despite the national search Broome reiterated Monday she intends to hold. While Holden would not say who he has heard could be in line for the job, he said Broome should address whether the rumors are true.

The Advocate reported in June that BRPD Sgt. Myron Daniels was one candidate within the department who was widely known to desire the job as chief.

Baton Rouge's next police chief? One officer emerges 'from the trenches' as a contender

For years after he cheated death, Sgt. Myron Daniels recalled the shooting every time he but…

Holden appointed Dabadie as chief in 2013 after Holden's relationship went south with former BRPD Chief Dewayne White. A public back-and-forth emerged between White and Holden, but Dabadie quickly calmed the waters when he took over, winning over Metro Council members and becoming a familiar face at community events.

"Here's a guy who could have chosen a lot of professions," Holden said. "But just like his dad was a police officer, Chief Dabadie chose to follow the path that his dad walked in."

Baton Rouge Police Chief Carl Dabadie Jr. announced Monday that he is stepping down from the…

"I just hope that people understand and give Chief Dabadie the praise he deserves," Holden added. "This man has done everything he could possibly do to make this police department proud as well as the citizens of Baton Rouge."

A committee will meet for the first time at 6 p.m. on Thursday, Nov. 9, in City Hall to start narrowing down the best candidates vying to beco…