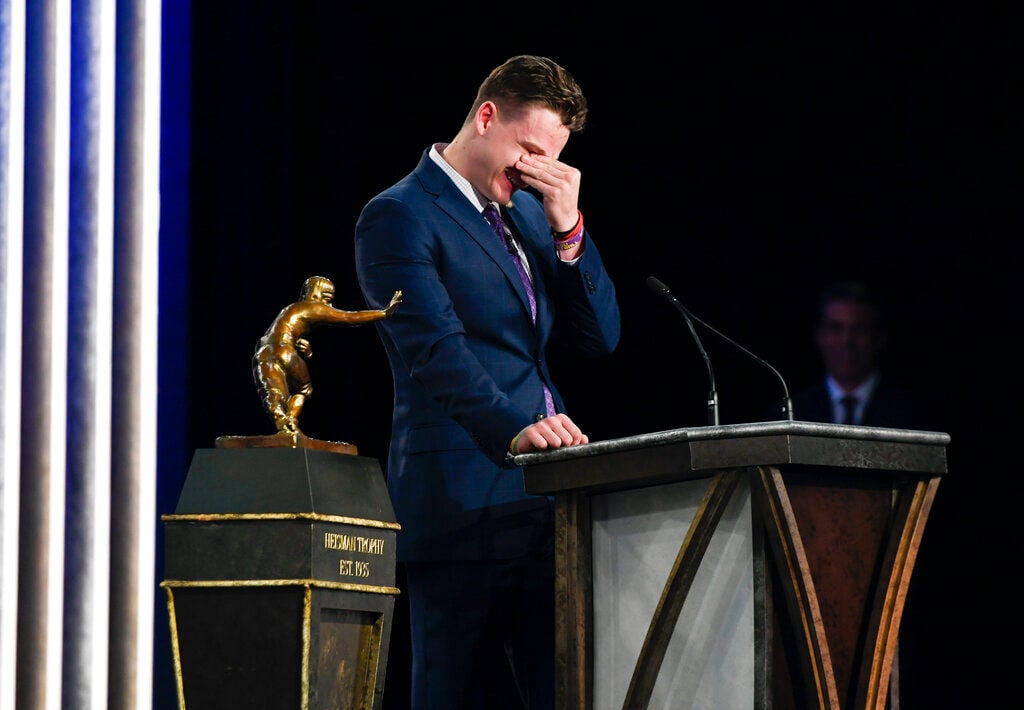 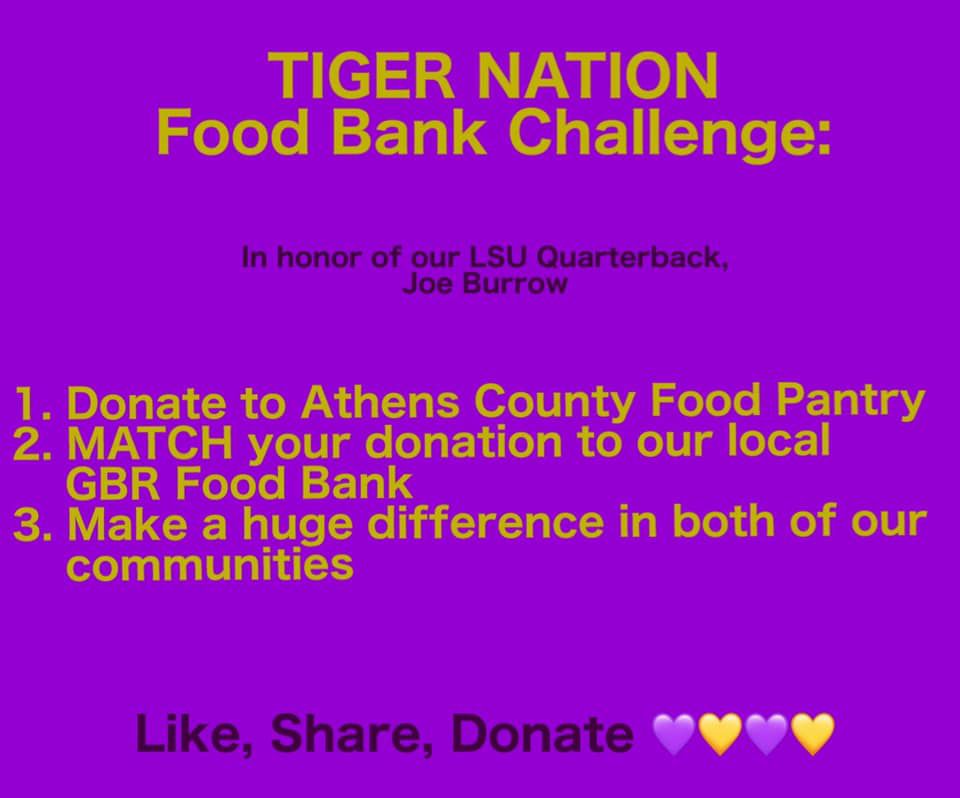 Less than a week after Joe Burrow gave a dewy-eyed Heisman acceptance speech, nearly half-a-million dollars has been donated to a food bank in his hometown. That generosity is now inspiring Tiger fans to give to the hungry in their own backyard.

"I’m up here for all those kids that go home to not a lot of food on the table, hungry after school," Burrow said. "You guys can be up here, too."

Waves of donations poured into the Athens County Food Bank in Ohio to serve those in need following the heartfelt speech.

After he was named the second LSU player ever to win the Heisman Trophy, Joe Burrow made a tear-jerking speech that resonated with viewers acr…

"I know Athens County is getting a lot of attention right now, but right here in the city of Baton Rouge, 26% live in poverty," Lindsey Heck wrote.

"Let’s match what we each gave Athens? Anything helps."

As of Thursday morning, almost $50,000 has been raised to feed those in need around the capital city.

"In honor of Joe Burrow and in the spirit of Christmas, let’s make sure our area’s mouths are fed, too," Heck said.

If you'd like to donate to the Greater Baton Rouge Food Bank, click here. To help out those in need in Burrow's hometown of Athens, Ohio, visit the food bank's website here.