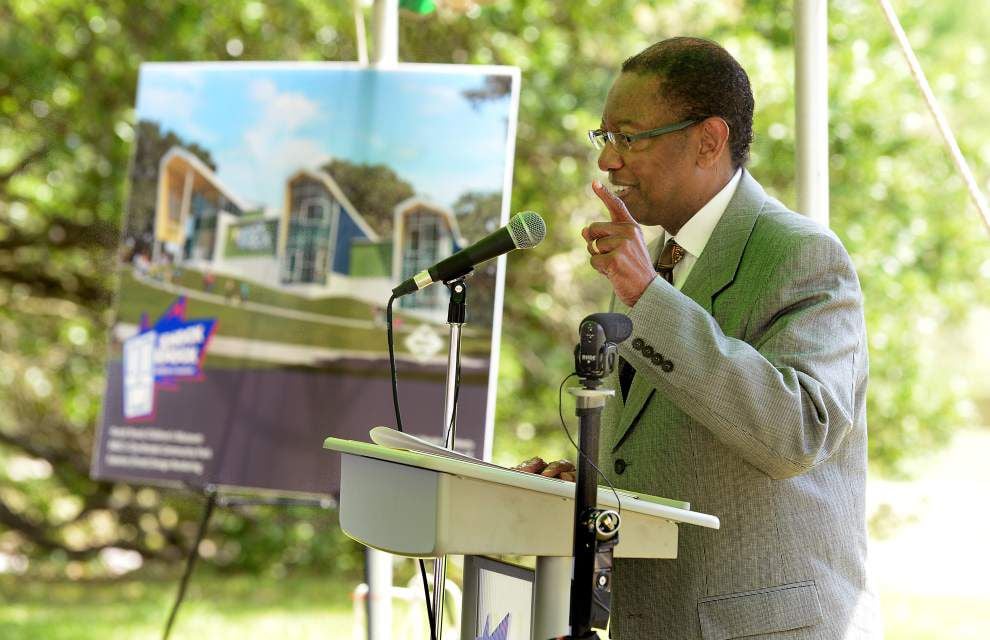 Advocate file photo by PATRICK DENNIS -- Mayor Kip Holden speaks to the crowd before the groundbreaking of the KnockKnock Children's Museum on Dalrymple Drive on Wednesday. 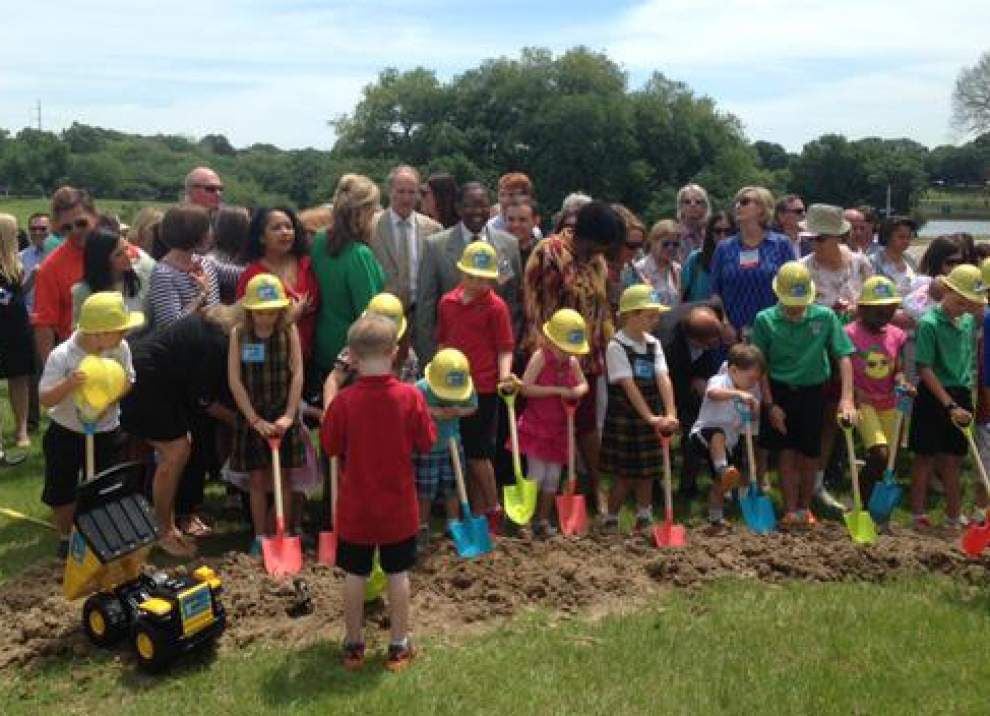 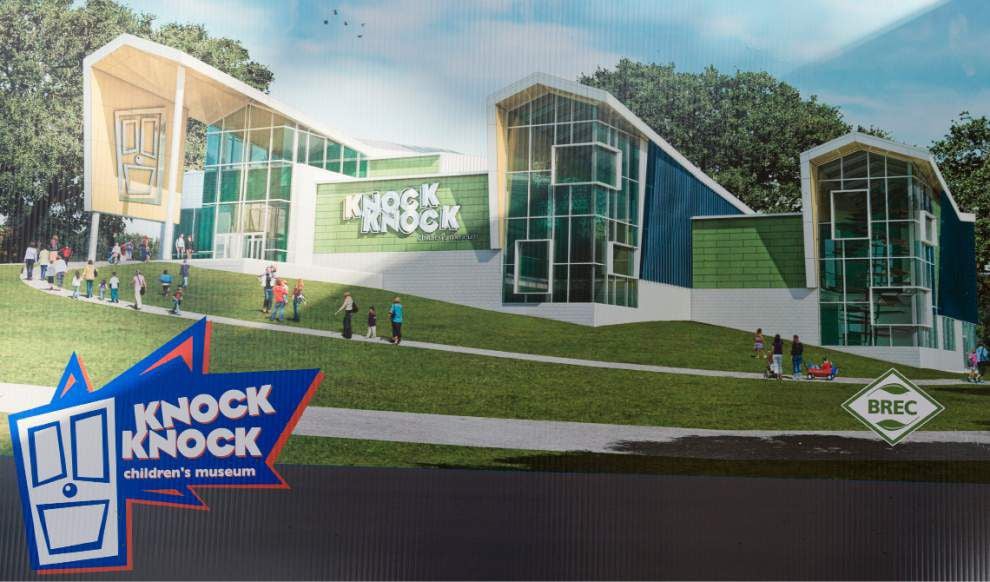 Advocate staff photo by RICHARD ALAN HANNON -- An artist's rendering of the Knock Knock Childrens Museum. The three-story museum will be at BREC's City-Brooks Park. 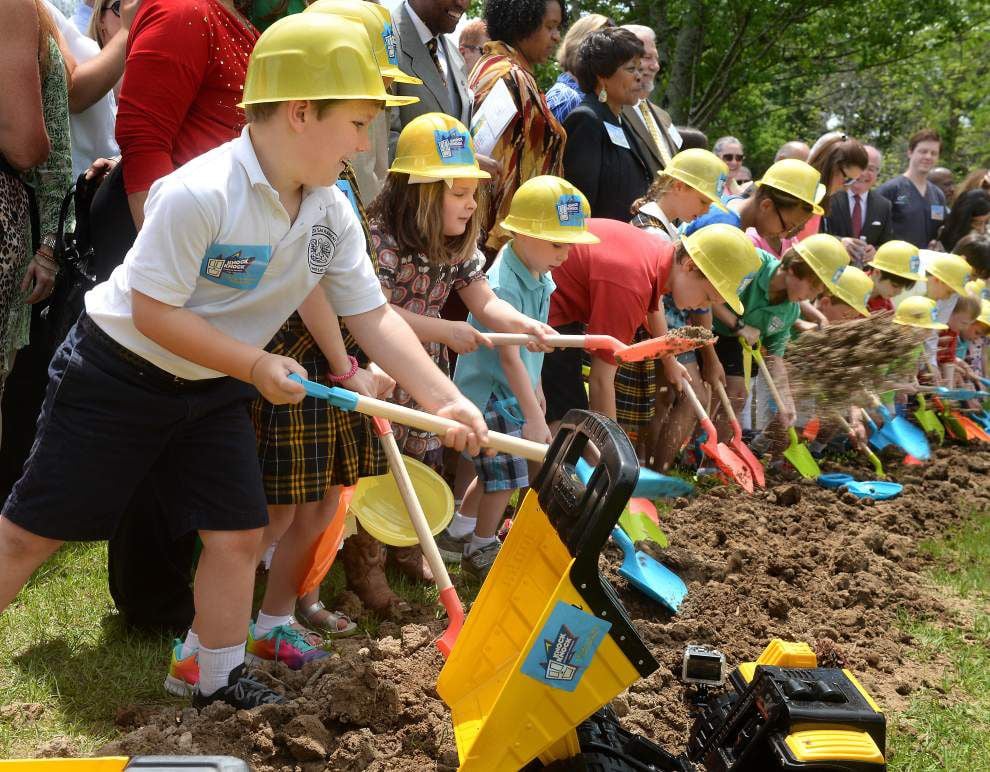 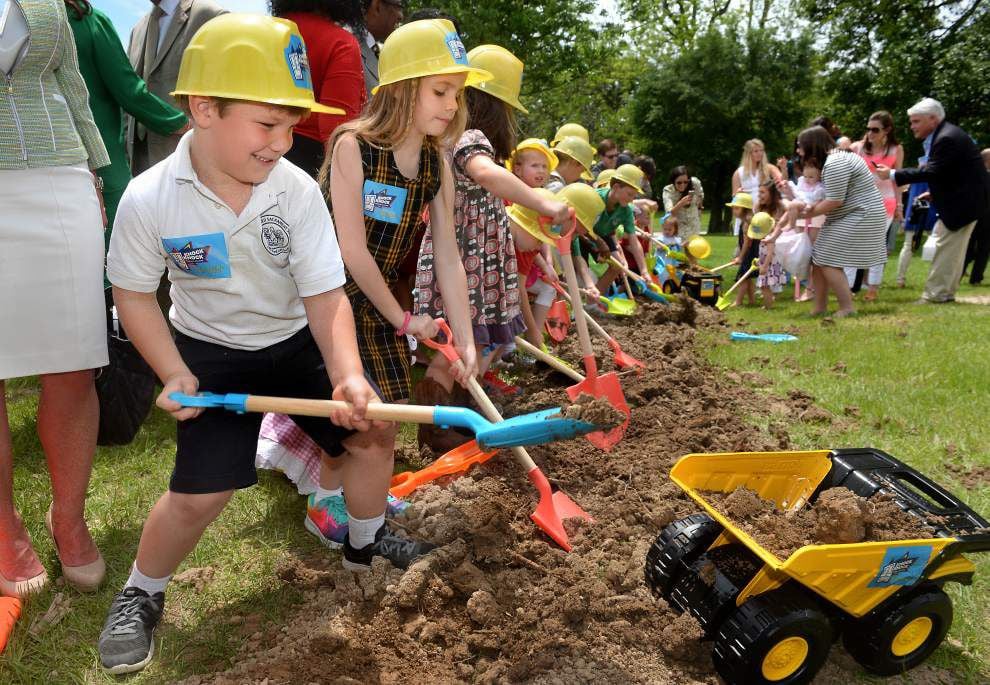 Advocate file photo by PATRICK DENNIS -- Mayor Kip Holden speaks to the crowd before the groundbreaking of the KnockKnock Children's Museum on Dalrymple Drive on Wednesday.

Advocate staff photo by RICHARD ALAN HANNON -- An artist's rendering of the Knock Knock Childrens Museum. The three-story museum will be at BREC's City-Brooks Park.

A group of children in hard hats shoveled the dirt Wednesday at a groundbreaking ceremony for the Knock Knock Children’s Museum — a Baton Rouge vision that’s been around for longer than most of the kids’ lifetimes.

More than 10 years in the making, the long-awaited museum will sit on a hill on Dalrymple Drive facing the City-Brooks Community Park and LSU lakes, and invite children to play and learn. For Knock Knock Chairwoman Staci Deumite Duhé, Wednesday was the day a decade of work finally sank in.

“The moment the kids grabbed the shovels and stuck it in the ground and someone said ‘one, two, three,’ that was it,” she said.

Duhé described her feeling as giddy.

MD Descant Contractors won the bid the build the museum, and the museum could open in 2016 if all goes as planned.

Mayor-President Kip Holden applauded the nonprofit Knock Knock board and BREC for their work, noting that Baton Rouge residents will no longer need to travel to New Orleans or Lafayette to experience a children’s museum.

Plans have fallen through dozens of times in the past several years for Knock Knock to be brought to completion. The museum had many false starts, and the groundbreaking was pushed back several times over the past few years.

The Knock Knock board has raised more than $9.4 million for the museum — $6 million of which will go toward construction.

It hopes to raise around $3 million more for the interior learning zones and other costs. The museum is expected to have 18 or so learning zones ranging from a mock television studio to a simulated car garage and body shop.

The Knock Knock Children’s Museum had hoped to save some money by having more than $10,000 in permit and building fees waived. But the Metro Council voted Wednesday evening against allowing the fees to be waived.

The city’s Chief Administrative Officer William Daniel told the council that Knock Knock leaders approached the mayor about having the fees waived, and he said the mayor encouraged the Metro Council to allow it.

Councilman Ryan Heck said it sets a dangerous precedent to waive the fees, and he voted against doing so along with Scott Wilson, Buddy Amoroso and Joel Boé.

The agenda item would have needed seven votes to pass, and Chauna Banks-Daniel, Donna Collins-Lewis, C. Denise Marcelle, John Delgado and Tara Wicker voted in favor of doing away with the fees. Trae Welch, Ronnie Edwards and Chandler Loupe were not present for the vote.

Children from infancy to age 8 are the museum’s primary target audience.

Duhé said they will soon unveil a final fundraising campaign to get the last bit of funding.

Around 100 people attended the groundbreaking ceremony, many of them Knock Knock donors and activists.