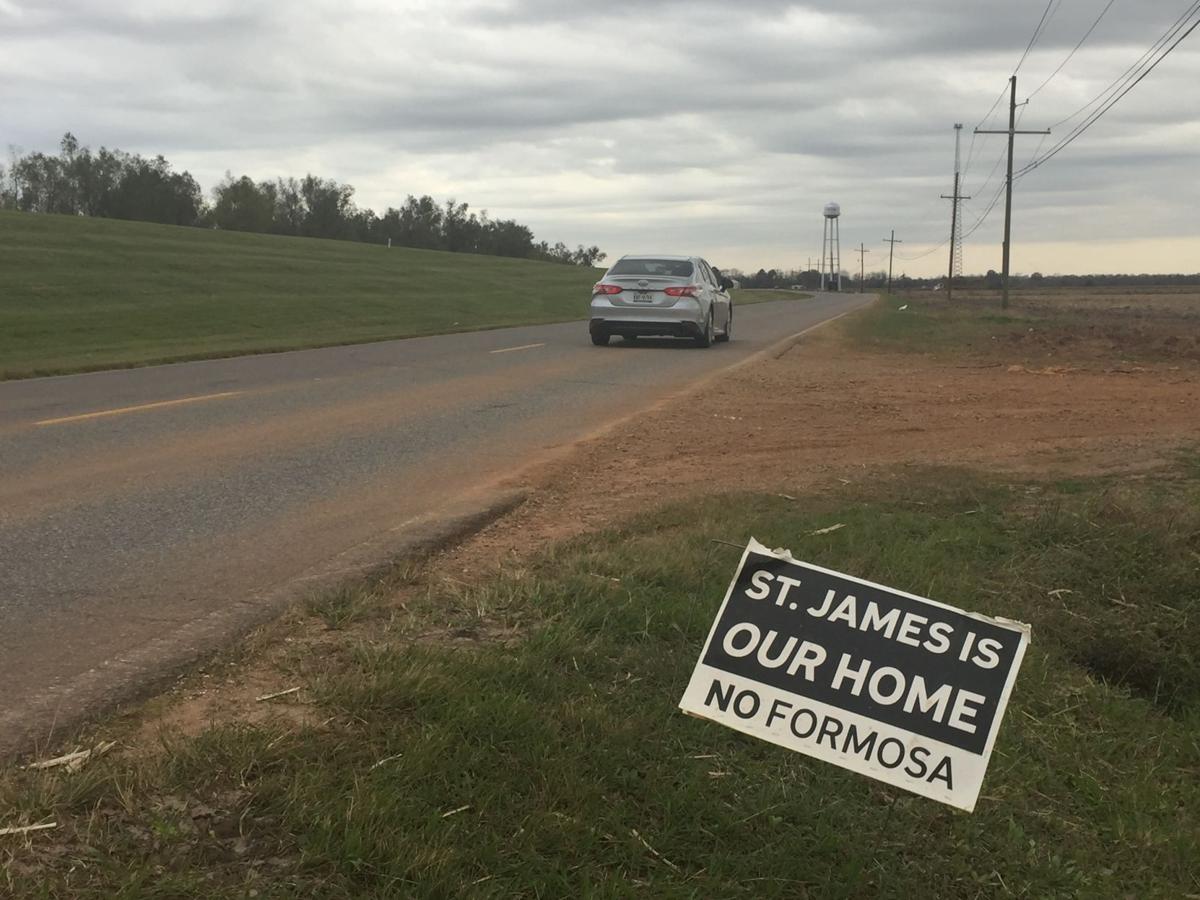 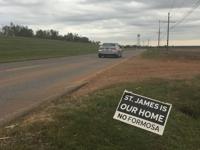 Activists are calling for the halt of plans for a $9.4 billion petrochemical plant in St. James Parish after the discovery of a cemetery where it is believed slaves were buried.

It's unknown at this time how many unmarked graves are buried beneath one edge of the 2,300 acre-site of undeveloped land Formosa purchased in the community of Welcome to build its plastics complex, but the find adds another twist in the battles surrounding the project.

Sharon Lavigne, founder of RISE St. James, is joining forces with the Center for Constitutional Rights and the Rev. William Barber II, a national political activist, in a press conference Wednesday. They are expected to discuss efforts to prevent construction of the facility following the cemetery's discovery.

Janile Parks, spokeswoman for FG LLC, an affiliate of Formosa, said in a prepared statement Tuesday the company is committed to cooperating with all state historic preservation agencies to protect the cemetery, but made no indication they intend to forfeit their plans for the new facility.

"As the project progresses, FG will follow all applicable state and federal laws in regards to the burial ground and public notification," Parks wrote.

The company has already fenced off the area, on the east side of the site, where the cemetery was discovered in June by independent archaeologists the company hired. Officials said it's located on the edge of the site where they've proposed building 14 production and utility plants.

"Knowing they are sacred grounds, no industry should be building there," Lavigne said Tuesday. "This should bring attention to everyone and the Parish Council. I'm hoping they'll go back and review their (land use) application and then rescind their approval. We already have 12 (industrial) plants here. We don't want them here."

Chip McGimsey, director of the state's Division of Archaeology, said state laws are in place that protect cemeteries from being disturbed by development but pointed out they won't necessarily block Formosa's project from going forward.

"They don't apply to all of the property where there is no cemetery," he said. "That's a big area out there. But the law does require there needs to be a certain amount of green space around a cemetery in addition to prohibiting a road or anything being built on top of one."

McGimsey said the unmarked graves were discovered in a little more than acre of land when independent archaeologists peeled back a top layer of the ground in the identified area and spotted the grave shafts.

"There was no point in exposing the entire cemetery, but we were able to confirm roughly what the boundaries are," he said. "We have no idea at this point how many (graves) are there."

Formosa is still awaiting approval from the state's Department of Environmental Quality for air permits to move the project to the next phase. It was previously reported the planned operation could emit enough chemicals to nearly double what is already being released in St. James Parish under the state's new air permit regulations.

Called Project Sunshine, the huge complex has been welcomed by state and many local leaders with the promise of 1,200 permanent, high-paying jobs, 8,000 temporary construction jobs, $500 million in local spending and $362 million in state and local tax revenue.

The cemetery is believed to be part of the Buena Vista Plantation, which was located between Highway 18 and Highway 3127 in Welcome.

Pam Spees, senior attorney with the Center for Constitutional Rights, said it was initially believed there were two slave cemeteries on the undeveloped land thanks to a map officials with the Louisiana Division of Archaeology came across shortly after the project was announced.

That second cemetery is believed to have been part of the Acadia Plantation, which had been located near Buena Vista.

Several rounds of land surveys were conducted by Formosa's independent archaeologists, who didn't discover the Buena Vista cemetery until they combed the property a third time. It is now believed the unmarked graves of the Acadia cemetery were destroyed by a prior owner, who created several borrow pits on the property before it was sold to Formosa.

Spees said the discovery of the unmarked slave graves reignites the public conversation about the ways the chemical industry continues to impact adjacent communities, which often are crippled by generational poverty and are majority black.

"The past and present are interwoven here," she said. "It's all part of the same kind of harm replicated. Stopping these dangerous facilities in the backyards of these communities."

"And we're talking about these burial sites being given the respect, preservation and protection they've been due," Spees added.

Shell Oil Company made a similar discovery six years ago amidst plans to expand its refinery in Ascension Parish. The company ended up building a historical marker after as many as 1,000 unmarked graves were found on its property.

DARROW — The unmarked graves of as many as 1,000 slaves who toiled in the agricultural fields of two Ascension Parish plantations were uncover…

It's presently unclear whether Formosa will do something similar.

Lavigne would like to see some sort of memorial or historical markers installed there but remains adamant in trying to stop the facility from being built.

She and others will hold their press conference at noon Wednesday on Highway 44 in St. James between the Welcome water tower and American Styrenics. It can also be viewed on the RISE St. James Facebook page.