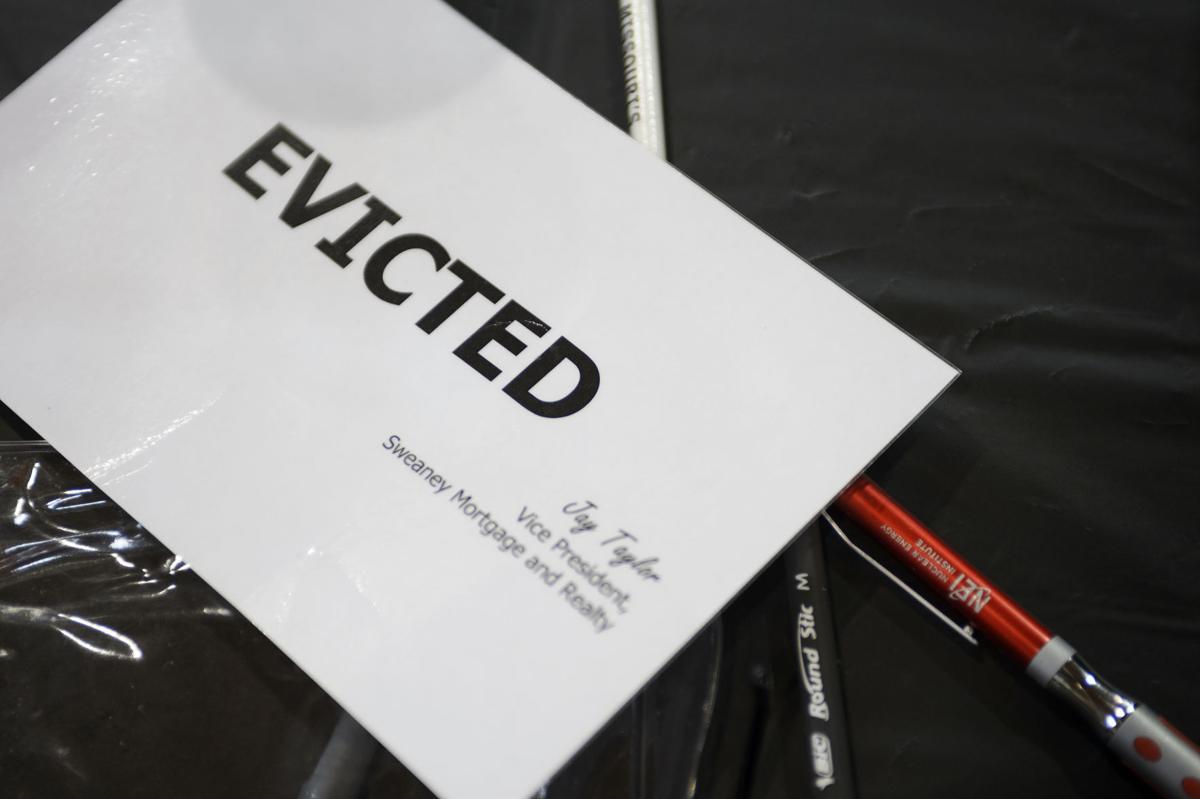 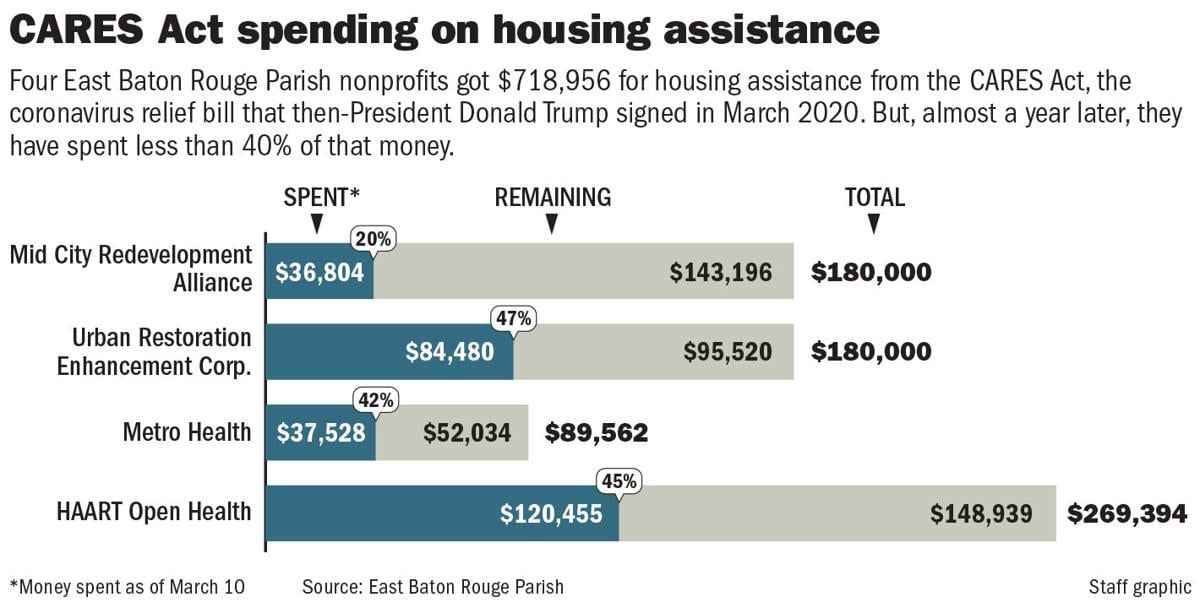 A year after Congress passed a bill that gave East Baton Rouge Parish more than $700,000 for housing assistance to those struggling to pay rent during the coronavirus pandemic, only about 40% has actually been given out so far.

The other 60% is pretty much spoken for, but the four nonprofit agencies the city-parish has used to dole out the housing assistance are still wading through their waiting lists.

Millions more in federal rental assistance is on the way. The city-parish is launching its own program soon to allocate an estimated $30 million in new aid, and yet more is coming from the recently approved $1.9 trillion American Rescue Plan, though officials don't know exactly how much yet.

Mayor-President Sharon Weston Broome says her office is streamlining the process for applying for rental assistance. But, given the red tape attached to federal aid, no promises can be made that the money will trickle out faster than it has the first time around.

"There is federal compliance that has to take place," Broome said. "If the federal government can get stimulus checks to folks expeditiously, why can't we come up with better processes for compliance?"

"Maybe we need to talk to our congressional delegation; tell them about some of the obstructions or barriers that prohibit us from speeding up the process," she added.

U.S. Rep. Garret Graves says he has tried to force more efficiency with the disbursement of relief funds but has been blocked “repeatedly” in Congress.

“No one should be surprised here,” Graves, a Republican, said in a statement he emailed after this story published. “This is the same agency that provides the rules for the RESTORE program from the 2016 flood. In that case, we provided $1.7 billion to the state over four years ago and less than $700 million of that has been offered to flood victims.”

Graves went on to say he’d be happy to work with the city-parish to help cut through the bureaucracy they’re experiencing when it comes to allocation of federal dollars.

Housing advocates say municipalities and state agencies handling rental assistance funds should be consulting with them on how to speed up the process. They say it is not only cumbersome for tenants, but landlords too.

"We are seeing that the processes are too burdensome and unworkable," said Cashauna Hill, executive director of Louisiana Fair Housing Action. "Landlords aren't successfully navigating the process as well as renters. And in some instances where tenants and landlords have successfully applied, it's taking a long time to get money out to the places needed."

The city-parish got approximately $3.2 million from the The Coronavirus Aid, Relief, and Economic Security Act passed last year under the administration of former President Donald Trump. The mayor elected to use more than $700,000 of that money to provide rental assistance.

At the time, the city-parish hadn't implemented its own program, so it solicited proposals from local agencies willing to distribute the money through their own programs.

According to data The Advocate requested from the city-parish, $718,956 was split between the Mid-City Development Alliance, Urban Restoration Enhancement Corporation, Metro Health and HAART Open Health. As of March 10, only $279,267 has been issued in rental assistance, the report shows.

Sam Sanders, the agency's executive director, said Mid-City Redevelopment's contract to allocate the funds wasn't solidified with the city-parish until last month, even though the CARES Act was signed into law in March of last year,

"We don't work without a contract in place, so we wouldn't advertise the service until that happened," Sanders said. "But once we got the contract we've been working. That 20% was what we've done in the past 30 days."

Courtney Scott, an assistant chief administrative officer with the city-parish, said Mid-City Redevelopment didn't apply until 2021 to start the process. By contrast, UREC submitted its proposal for the CARES Act funds in October.

UREC began its application intake in November once all the proper protocols were ironed out with the city-parish, according to President and Chief Executive Officer Carl Dillon.

HAART Open Health assisted 130 individuals with the $269,394 it was allotted. It has spent approximately 45% of its allotment.

Jamie Barney, HAART's director of social services, said the agency didn't finalize its contract with the city-parish until February either. But it used its pot of money for a multitude of supportive services to clients. They included not only rental assistance, but help with utility bills, case management and food vouchers.

Officials at Metro Health could not be reached for comment after multiple attempts. According to the city-parish report, the agency received $89,562 in CARES Act funds and had spent $37,528 of it to assist 56 people.

In addition to having to wait for the official allocations from the city-parish, agency officials all said getting the assistance out quickly was impeded by the application process, which involves obtaining paperwork from both the tenant and landlords before any checks can be issued.

And sometimes, that can get held up by reluctant landlords who declined to accept late rental payments through federal aid.

"You'd think it would be a win/win," Dillon said. "I'm not sure why, but some (landlords) won't respond or they'll take their time getting us the information we need."

Scott said the bid process agencies had to go through to get the CARES Act funds takes anywhere between 30 to 90 days. And even after that, contracts and allocation amounts still had to be approved by the Metro Council.

The city-parish conducted a needs assessment survey ahead of accepting applications. The renters who filled it out were, on average, behind in rent payments by more than $2,500.

The assessment report, tracking responses the city-parish received online between March 8 and March 12, showed that one-third of the landlords who participated had filed or initiated eviction proceedings for their tenants.

The total amount of outstanding rent the 185 landlords reported totaled nearly $800,000, with the highest amount being $94,131 and the lowest coming in at $531, according to the report.

Even with the forthcoming funds from Biden's stimulus package, city-parish officials worry the data shows it won't be enough to sustain families past the pandemic.

But, in the hopes of getting assistance out faster, the city-parish is using new case management software that will help them streamline the intake process. But the same verification process between tenants and landlords will remain since they are mandated by the federal government.

The city-parish began accepting applications for rental assistance this week. There's no word yet on when payouts will start.

"It's never this administration, or any other elected official, who wants to hinder the distribution of dollars," Broome said. "(but) it can be a complex process. I certainly understand the frustration."

$6.5M more in rental aid will go to Baton Rouge housing agencies; here's how it will work

The city-parish is sending an additional $6.5 million in rental assistance to two local housing agencies to help those still behind on rent an…