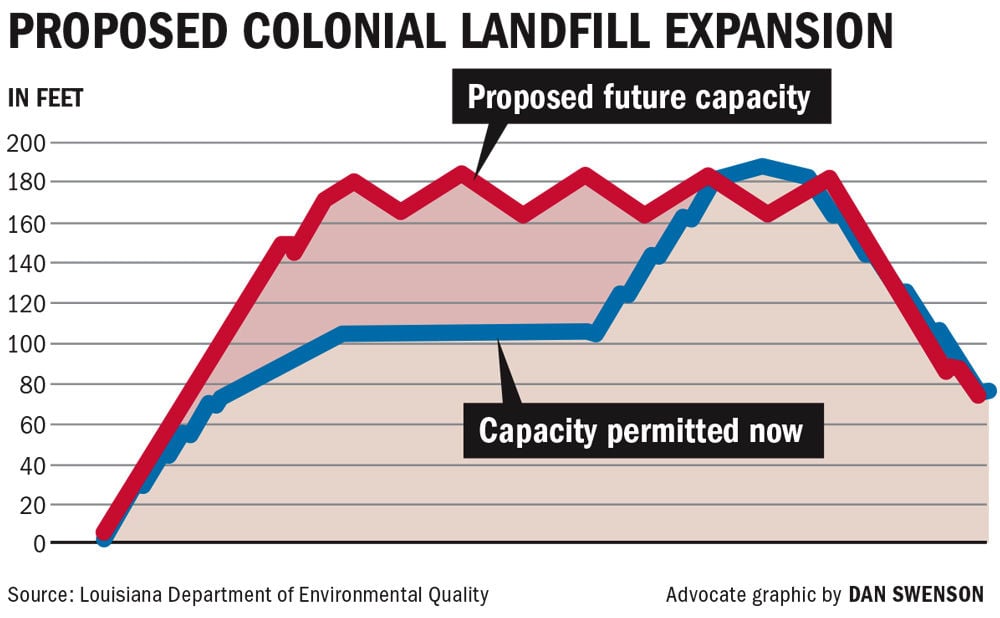 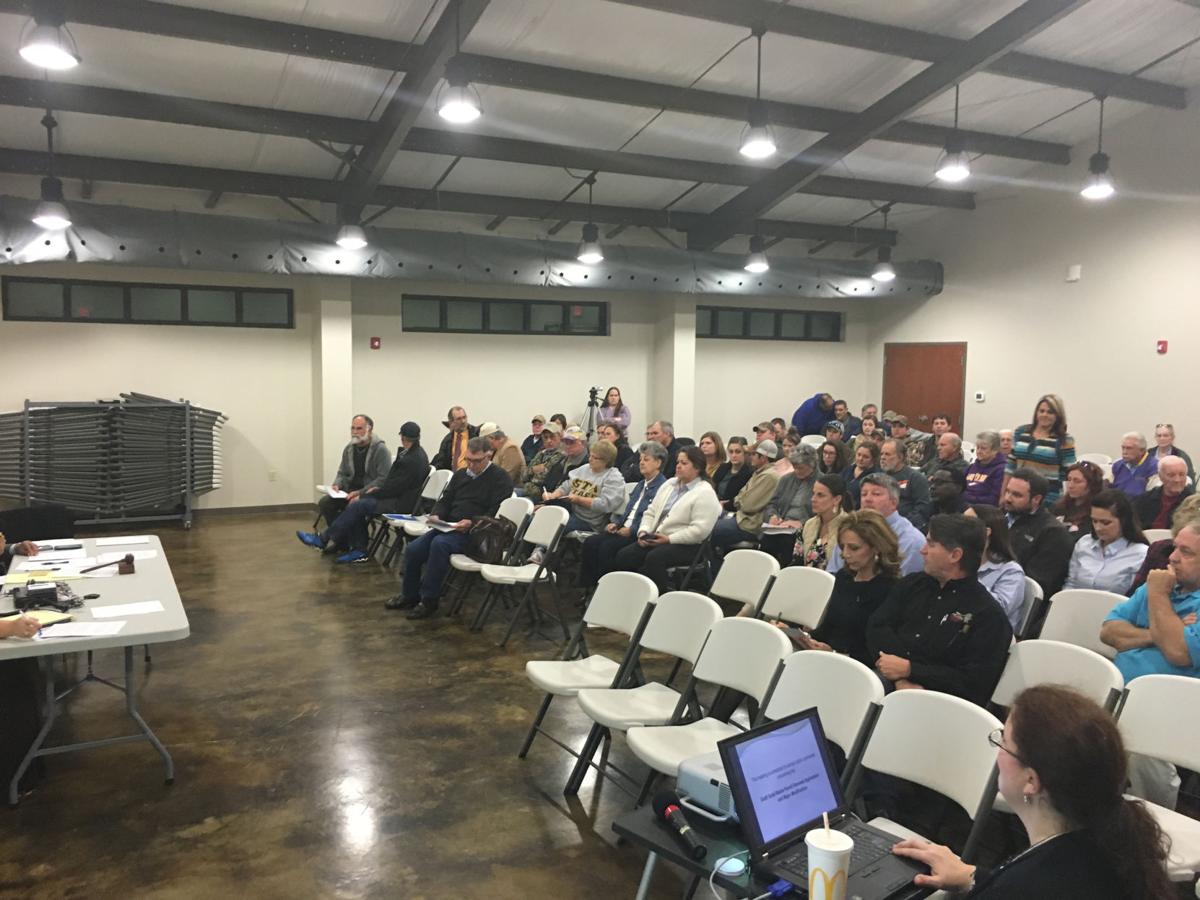 Residents and local officials fill the Sorrento Community Center Thursday, Dec. 15, 2016, evening to air concerns about the proposed expansion of the BFI Colonial Landfill in Sorrento. Several residents and officials complained about odors they said come from the landfill and wanted the expansion blocked. 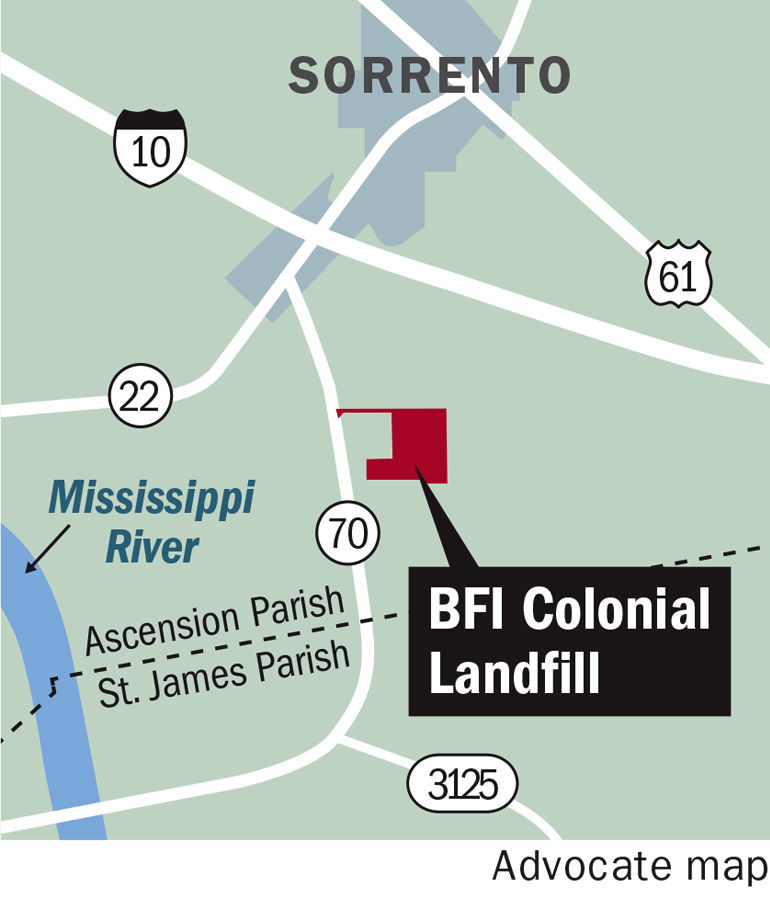 Residents and local officials fill the Sorrento Community Center Thursday, Dec. 15, 2016, evening to air concerns about the proposed expansion of the BFI Colonial Landfill in Sorrento. Several residents and officials complained about odors they said come from the landfill and wanted the expansion blocked.

The operators of the Colonial Landfill near Sorrento have agreed to increased air monitoring for two years under a settlement ending litigation over a permit allowing expanded dumping at the decades-old waste pile.

BFI Waste Systems of Louisiana, a subsidiary of Republic Services, has agreed to hire a third-party company to test for methane and, in some cases, for hydrogen sulfide at the 287-acre landfill off La. 70 in Ascension Parish, an attorney for the plaintiffs said.

In the fall of 2016 and in early 2017, the permit drew public opposition as residents living near the waste pile complained about constant, rotten odors they claimed were coming from the landfill and harming their health and sense of well-being.

BFI later intervened in the suit brought in 19th Judicial District Court in Baton Rouge, which is the statewide venue for legal challenges to the agency.

Though the deal with BFI requires the plaintiffs to drop their challenge of the state permit with prejudice — meaning the challenge to the permit can't be raised again — they hope the testing regime will show the origin of the odors, plaintiffs' attorney Clay Garside said.

BFI officials have maintained that a neighboring landfill, the Gator Landfill, was actually the source of the odors.

"We want BFI to prove up what they say. They may be right, that it's not them," Garside said, "and that's what we want to find out."

If the odors are found to be coming from the landfill, the new settlement doesn't preclude the plaintiffs from pursuing a future legal action over those findings, Garside said.

He said BFI will test for methane and, if the methane levels are high enough, will also test for hydrogen sulfide.

"To the extent they get a large enough hit of methane, they're going to switch to a hydrogen sulfide meter and test for that, which … the smells that often come off the landfill are related to," Garside said.

Methane is common gas emitted by landfills as materials dumped in them break down. Hydrogen sulfide, another gas that can come off a landfill, can have a rotten egg odor at lower concentrations. People can lose their ability to smell the gas at higher concentrations when it can turn deadly.

Even at low concentrations, hydrogen sulfide can cause eye, nose and throat irritation, difficulty breathing, headaches, poor memory and balance problems, according to the U.S. Agency for Toxic Substances and Disease Registry.

The state permit, which DEQ granted in December 2017, allows the landfill to expand its waste storage by 27 percent, adding another 6.5 million cubic yards of trash by raising a greater portion of the waste pile to the previously approved maximum height of 186 feet.

The landfill isn't expanding its footprint, however.

The Colonial Landfill had previously been authorized to accept residential, commercial and nonhazardous industrial waste, including oil and gas exploration and production waste.

The new permit allows the landfill to continue to accept that waste and add construction and demolition debris and wood waste.

In the suit, the plaintiffs alleged DEQ did not reasonably address hundreds of complaints about the landfill's odors or its track record of complaints and permit violations when the permit was granted.

The settlement calls for monitoring of the entire landfill site every other month during the two-year testing period. The testing results will be published on a website so neighbors can see what is coming off the landfill, Garside said.

The settlement doesn't require what times of the day the testing must occur, he said.

Garside said the monitoring will come in addition to monitoring BFI is already required to do.

Under the permit, the company will be also be required to expand its gas collection and flaring system, purportedly cutting emissions by 75 percent.

Brad Kiesling, a Republic Services spokesman based in Phoenix, said Wednesday, "We are pleased this issue has been resolved, and we look forward to continuing to serve this community."

The settlement document had not been filed and finalized as of Thursday, but Garside said testing must start within weeks of that happening.