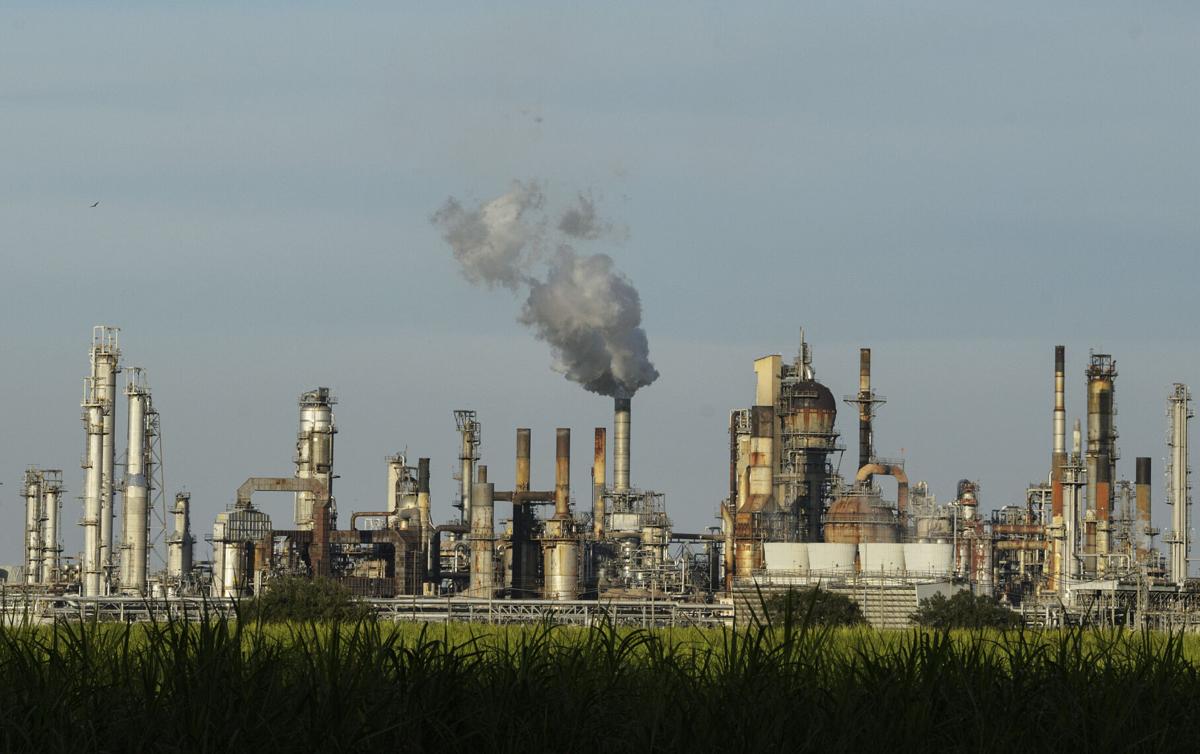 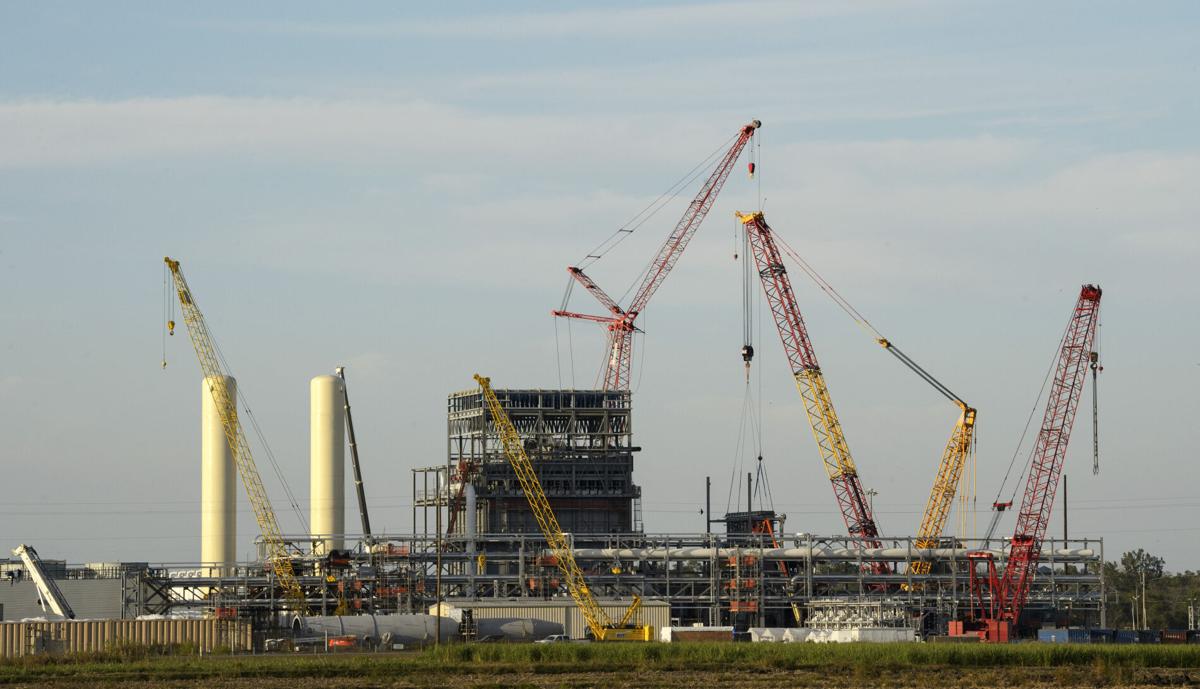 Shell's Convent facility. The cranes pictured were of construction of a Praxair facility being built on the Convent refinery's site in St. James Parish.

Shell's Convent facility. The cranes pictured were of construction of a Praxair facility being built on the Convent refinery's site in St. James Parish.

Shell officials expected to finish the shutdown of the Convent oil refinery by this weekend and start removing inventories of oil, chemicals and other materials so they are gone by year's end, a top manager said.

The completed shutdown means the Mississippi River refinery that has served as the economic backbone of St. James Parish for generations will stop making new product of any kind and is on the path to being mothballed for an uncertain future.

Shell Oil shocked local leaders and residents last month when plant executives announced the parish mainstay, built in the 1960s, was being closed.

The multinational energy company has been unable to find a buyer for the standalone refinery, which hasn't been doing well financially since 2017 and no longer fits in Shell's plans for a future of lower carbon fuels and major cuts to greenhouse gas emissions by 2050.

LUTCHER — The pending closure of the Shell Oil refinery in Convent, an industrial mainstay and top employer in St. James Parish, could cost th…

"It been a great plant with great people, and it's a painful thing to do, but we're hoping to find a lot of folks jobs and, hopefully, we sell the plant, too," said Allen Pertuit, the Convent refinery's general manager, in a recent interview.

Pertuit addressed the St. James Parish School Board about the planned closure last week. The school system, which is trying to figure out how to adjust to the expected loss of revenue from the departure of St. James' top taxpayer, plans to ask voters to refinance and extend the schools' long-term debt and shift a portion of the property taxes that pay for that debt toward operations, school officials said.

The change would not involve a tax increase, officials added.

While some of the 400 contractors who had worked at the Shell Convent refinery have already moved on, Pertuit said many remain — along with Shell's 695 employees.

Krotz Springs refinery lays off workers; looks to break even after millions in maintenance work

An oil refinery in St. Landry Parish laid off an undisclosed number of workers last week as it looks for ways to turn a profit and still plans…

The Shell employees are expected to continue working at least through the end of February, when the first batch of Shell employees who haven't found work elsewhere within the company will be begin to be laid off.

Another batch of employees will go at the end of March and the remainder over 2021.

Shell has also completed negotiations with the plant's union, which represents about 400 of nearly 700 Shell workers, for severance packages, company officials said.

David Dismukes, executive director of the LSU Center for Energy Studies, said the loss of the Shell refinery is part of a broader change in the oil sector as major energy companies are moving "full stride" into a "net zero" carbon future for a variety of reasons, some of which have been accelerated by the novel coronavirus and its cascading effects on depressing oil demand.

One of the biggest reasons, Dismukes said, is that institutional investors that finance the energy sector want to see those companies moving toward carbon reductions.

"It boils down to finances. These guys have a tough time raising financing from Wall Street if they're not meeting net zero carbon goals," Dismukes said.

Shell mulls closure of some oil refineries if it can't sell them; Convent on the list

Shell's plans call for a focus on greener, lower carbon energy sources, like hydrogen or biofuels, and an emphasis on chemicals production. Even with those changes, Shell says meeting its 2050 goals would have to involve major reductions from customers who use the oil's major products, like gasoline.

Pertuit, the Convent refinery general manager, said the decision to close Convent kept those 2050 goals in mind while focusing on where to direct limited investment capital.

"And if you've got a strategy that's taking you to (net) zero emissions by 2050, then you need to make it happen, right? It's a cold, grim reality, and it's painful -- and I hate to be a casualty of that strategy, but it is a strategy," said Pertuit, a Marrero native who started his career in the oil business at the Convent refinery and came back later to run it.

While some local leaders privately suggested it was hard for them to believe a buyer wouldn't emerge eventually, Pertuit said Shell is not currently in negotiation with any suitor. He added that Shell will spend the first quarter of 2021 working on preserving the site, potentially for the next few years, as the company tries to market the complex for sale.

According to LSU's Dismukes, the current environment — even after the worst aspects of the novel coronavirus pandemic subside with wide distribution of new vaccines — is not "super good" for the purchase a standalone refinery like Shell's and the likely investment necessary to gear it toward a lower carbon future.

Shutdown of Shell refinery in Convent: Negotiations for job transfers and severance begin

About 1,100 workers at the Convent oil refinery, a combination of company and contract workers ranging from plant operators to maintenance cre…

Companies are slashing capital budgets and, if they seek financing from an investor, will have to do so in the context of broader carbon-related goals, he said.

"I think if there were a buyer out there, they would have shown themselves," Dismukes said.

Pertuit pointed out that many other refineries are focused on trying to make it through the current period. He noted that one of the Shell Convent refinery's major products was jet fuel. Market-wide demand for the product has been cut by 80% during the pandemic, Pertuit said, and much has been converted into diesel, for which there is also an oversupply in the marketplace.

Dismukes said it's not entirely clear how much travel demand will rebound after the pandemic eases due to virus-forced innovations, like online meeting applications, that could continue to see heavy use.

Shell's closure of the Convent refinery, he said, doesn't necessarily mean more refineries could be closing in the state. But it signals that the orientation of the oil industry is changing and bears close scrutiny.

"We're in the heart of the some of the best and most efficient refineries, not only in the United States, but in the world, so to have one that's in kind of the heart of the refining corridor shut down is something to pay attention to," he said.

The St. James school system plans a public hearing 5:30 p.m. Jan. 26 in Lutcher about whether to put a measure to refinance its debt on the ballot next year.