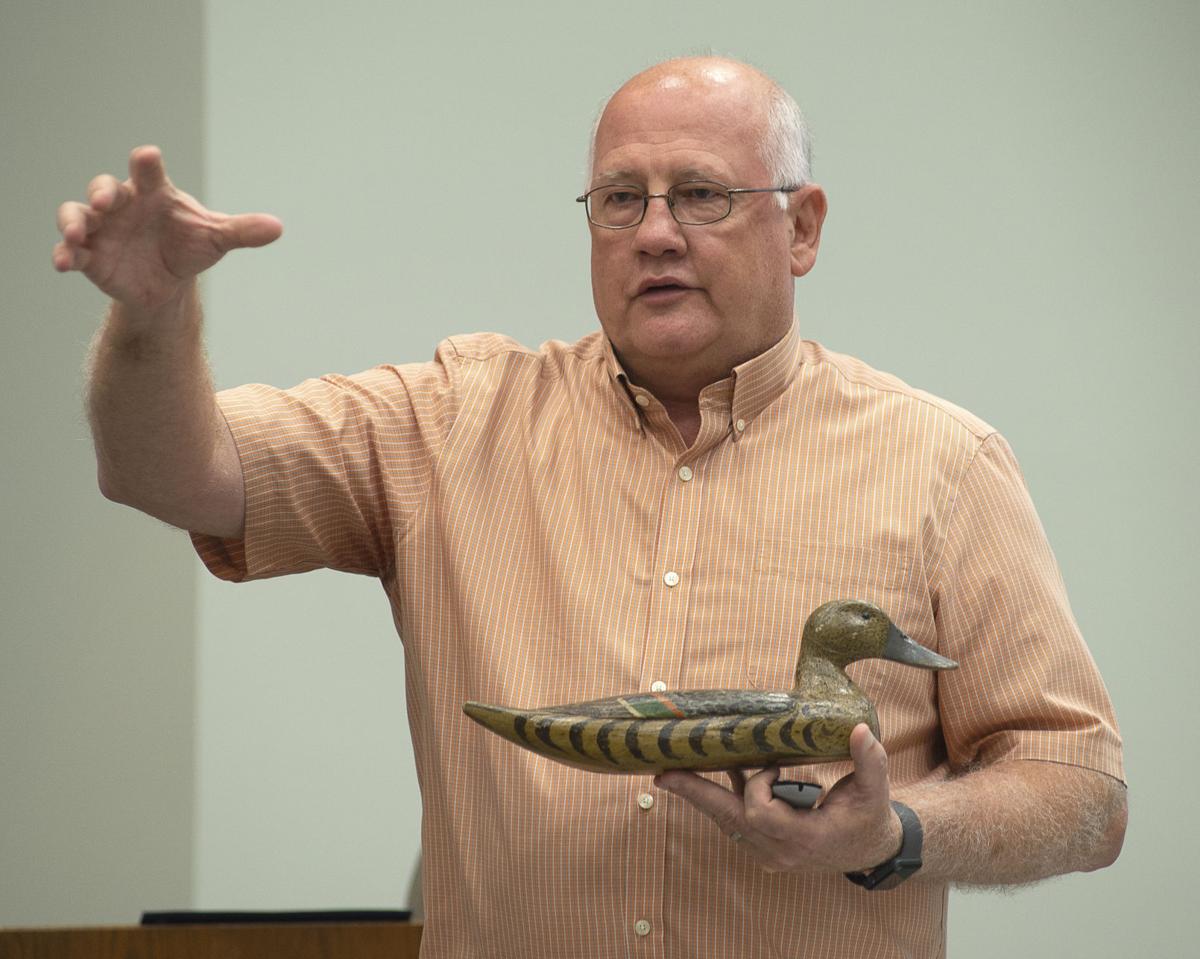 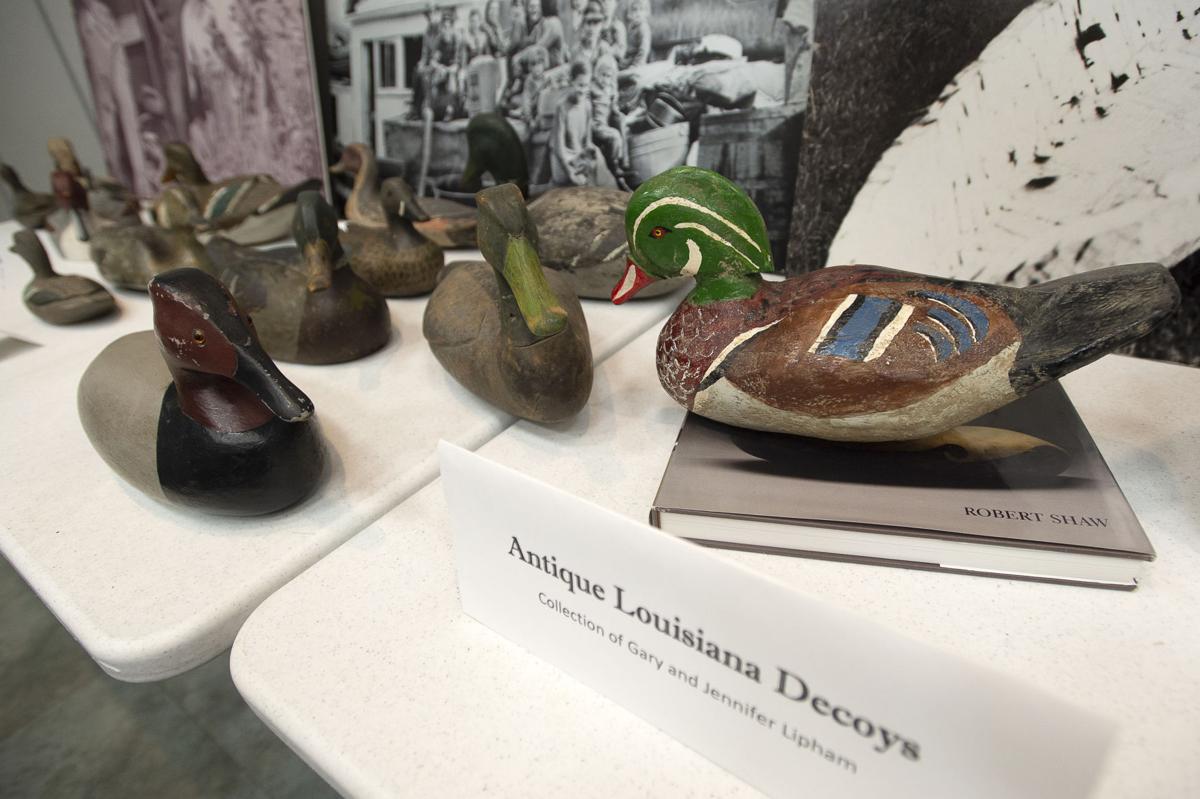 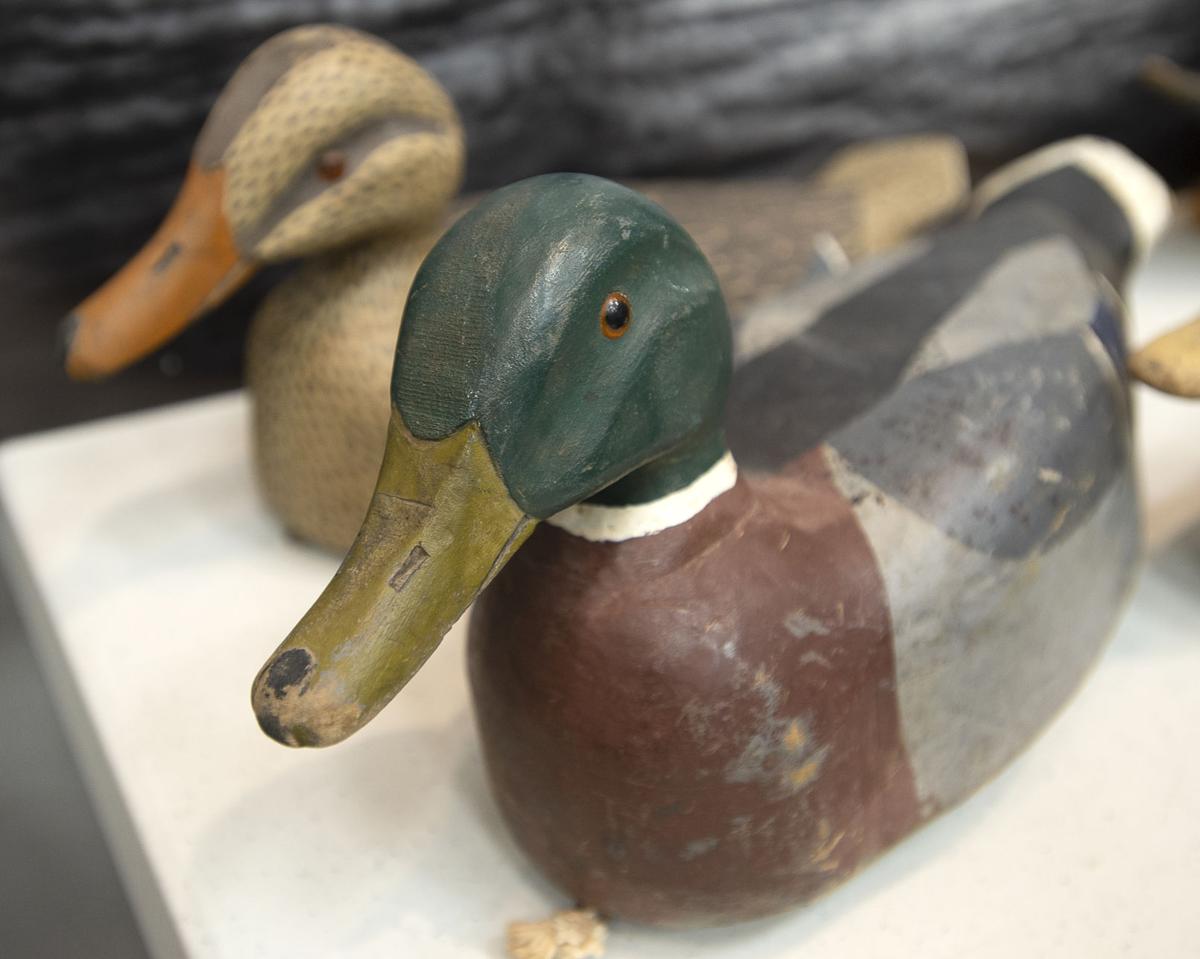 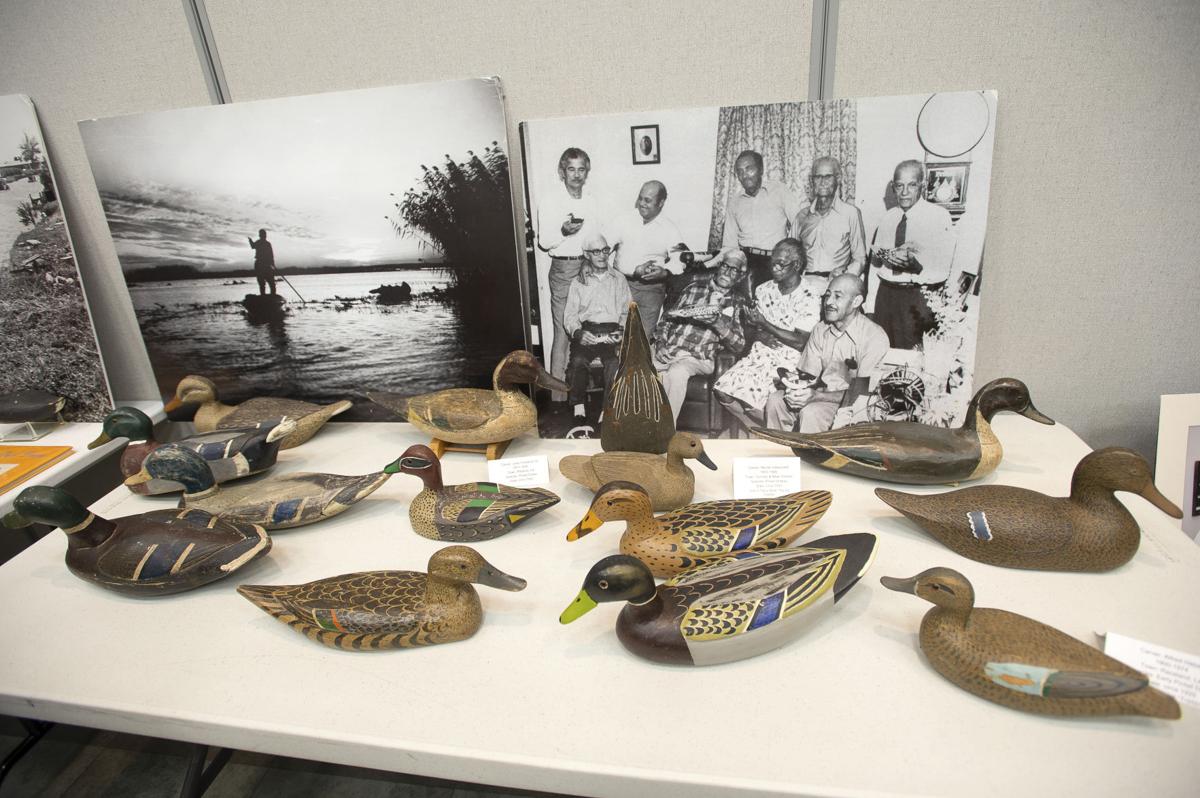 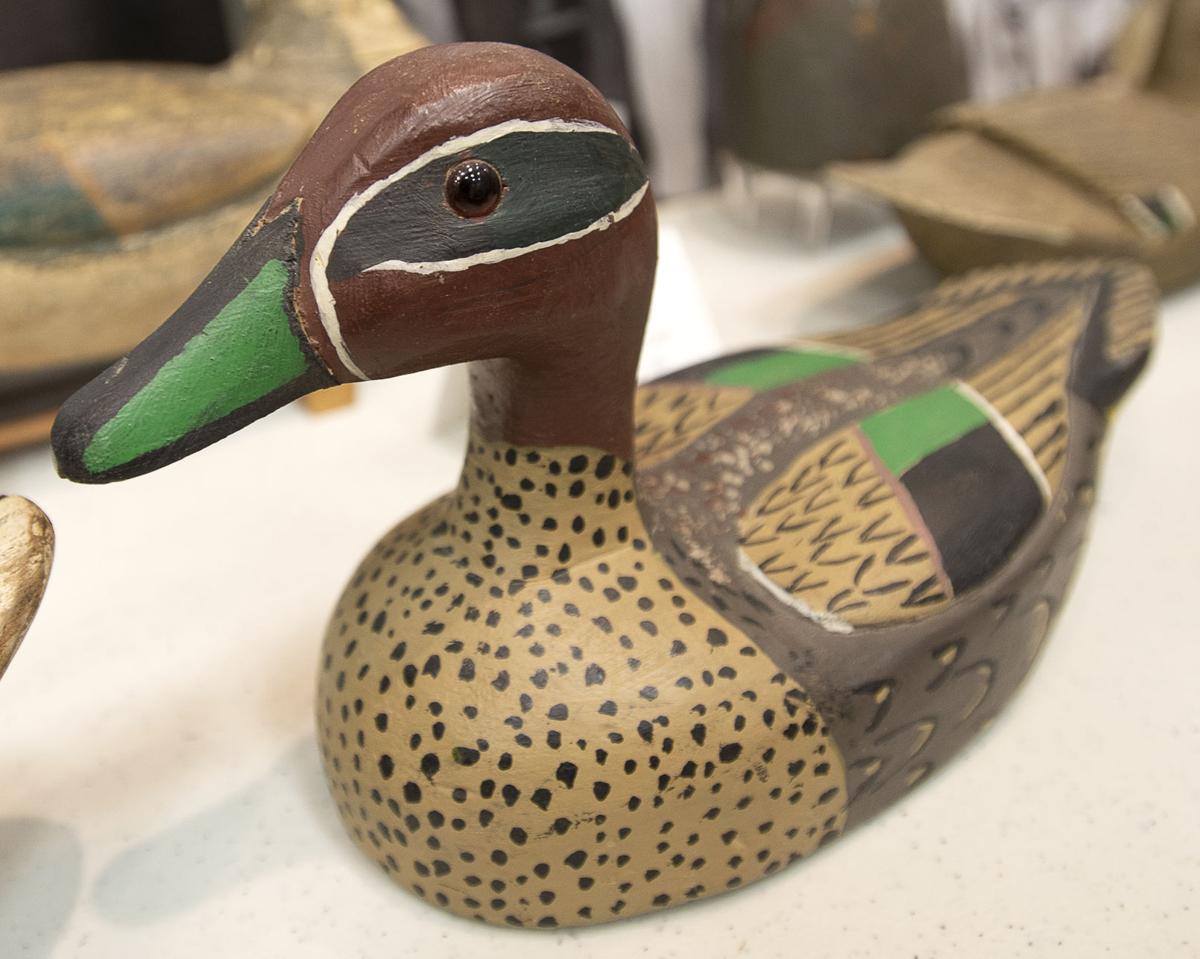 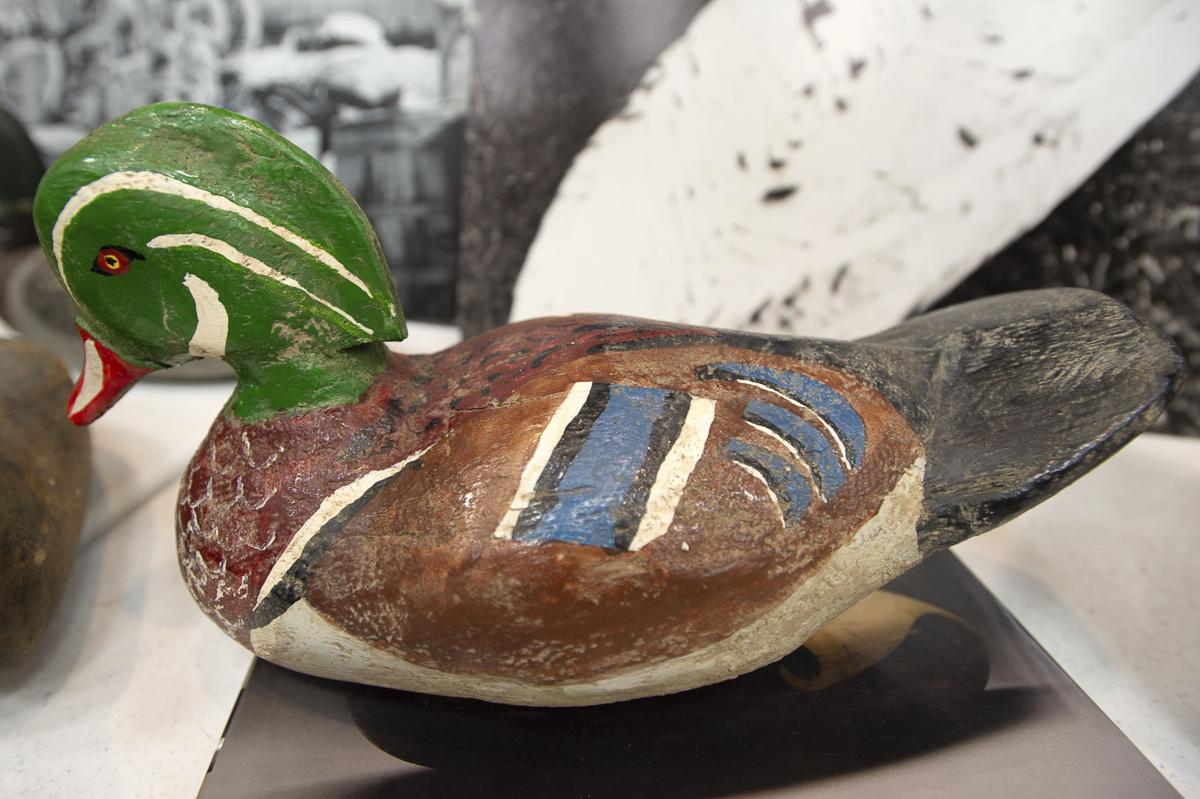 Gary Lipham has carved just enough wooden duck decoys to understand how much skill and creativity the craft demands.

“I wanted to have an appreciation for carving, so I carved a little bit,” said Lipham, who became interested in the models, which hunters use to attract real ducks, and their history in the early 1990s. “I realized pretty quickly that I really wasn’t a carver.”

So he turned his focus instead to collecting antique decoys and researching the people who made them. In doing so, Lipham said, he has learned much about Louisiana cultures and how they influenced the artistry displayed in decoys.

Lipham, of Baton Rouge, spoke on Saturday at a meeting of the Baton Rouge Genealogical and Historical Society at the Bluebonnet Regional Branch Library. He brought along a few decoys from his expansive collection.

When those decoys were made decades ago, they were not considered valuable collectors’ items.

“These were tools,” Lipham said. “Every decoy on these tables here were made to lure ducks. They weren’t made to win contests or anything like that.”

But today — in an age that hunters can easily pick up plastic decoys from sporting goods stores — antique wooden decoys are often worth more than $1,000, Lipham said.

Different regional styles of decoys emerged over the years in Louisiana. Carvers usually used whatever wood was handy in their area — often from native trees like cypress and tupelo.

Some carvers did intricate, prize-winning work, carefully shaping the body of the decoy and adding details like individual feathers to make the finished product look lifelike. Others took a more utilitarian approach, carving blockier bodies and painting them with plain swaths of color.

He talked about some of the interesting characters he has come across in his research — like Clovis “Cadice” Vizier, of Golden Meadow, who won a national carving championship in 1951 and was known for putting lots of details on his decoys.

Another noted carver was Reme Roussel, of Raceland, who Lipham said would sometimes take a piece of wood to the barbershop and carve a duck's head beneath the cape while getting a haircut.

“He was known to be able to carve with his eyes closed," Lipham said.

Many people in Louisiana hunted for a living before limits were put in place amid conservation efforts in the 1920s, he said.

“Some hunters decided that couldn’t feed their family and they quit hunting, but then that kind of morphed into the sport hunting. … That started a lot of the hunting clubs and things like that, and it became a rich man’s sport,” he said.

Decoy carving fell out fashion over the years, too. But Lipham said he has been pleased to see a resurgence in interest recently.

“One of my goals in life is to encourage sons and grandsons of these former carvers to take this up,” he said.

Lipham organizes the annual Baton Rouge Antique Decoy Show. This year’s event will be held on Aug. 18 from 9 a.m. to 4 p.m. at the BREC Bluebonnet Swamp Nature Center.

Contemporary and antique duck decoys as well as cypress log dugouts will be on display at the event, which typically draws between 1,000 and 1,500 visitors.

“This show has taken off. It’s become a regional event,” Lipham said, adding that a growing number of exhibitors and visitors are from out of state.