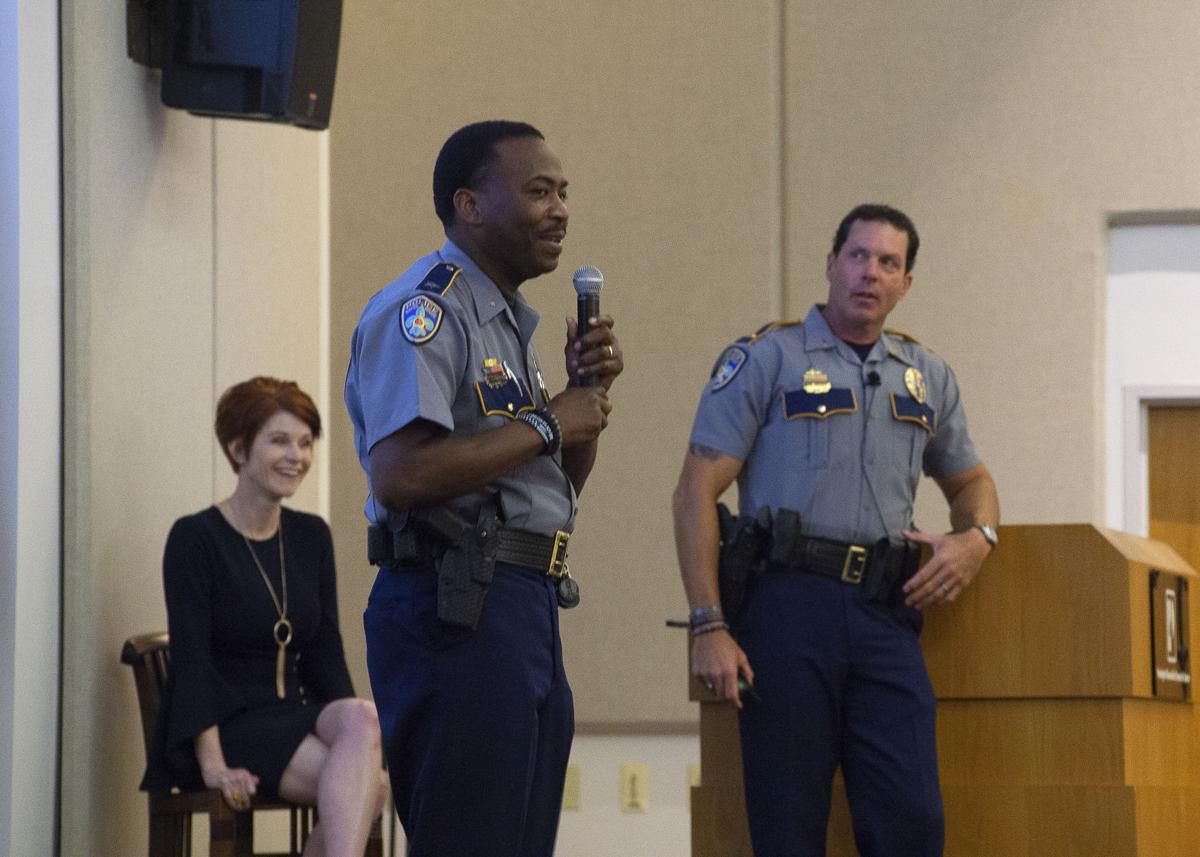 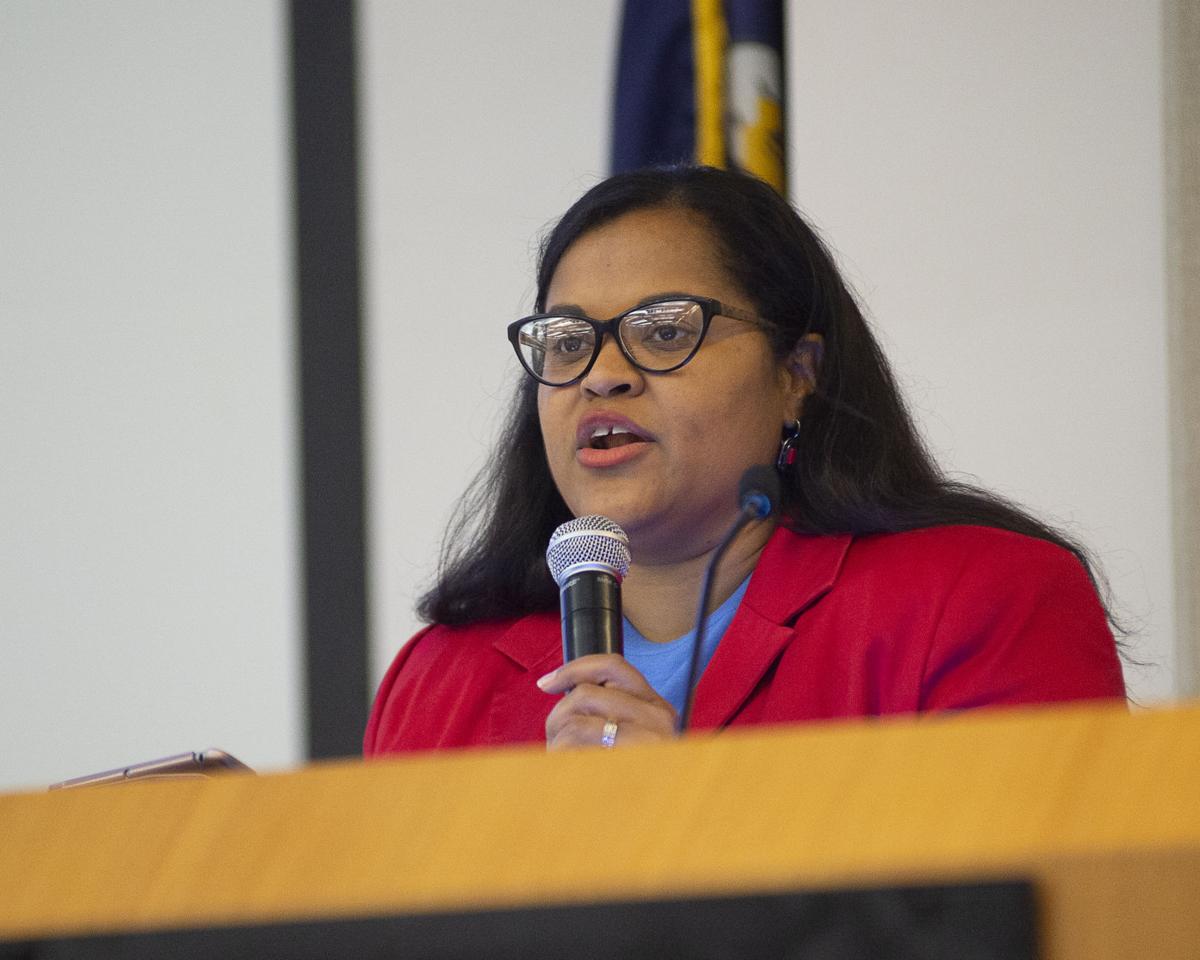 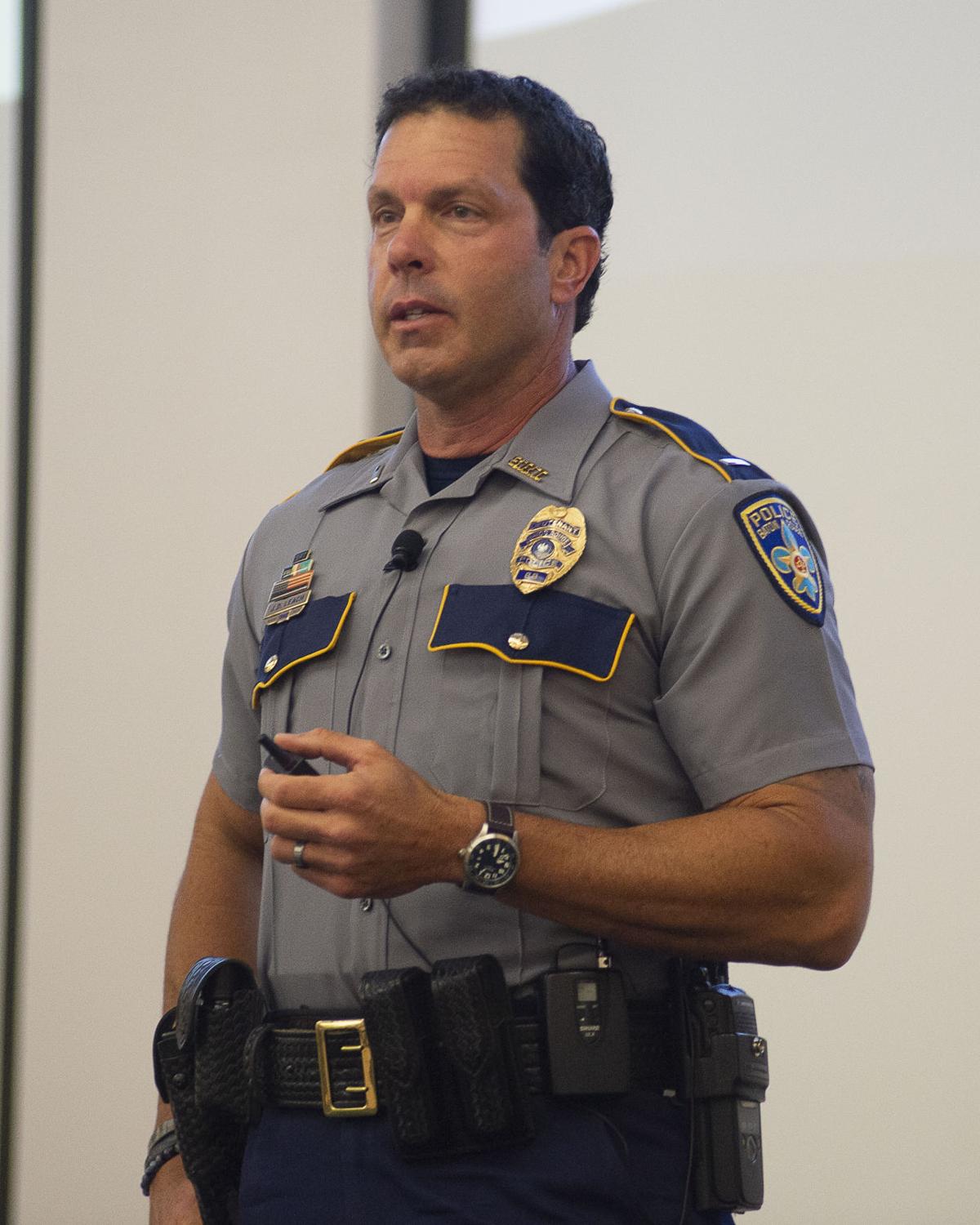 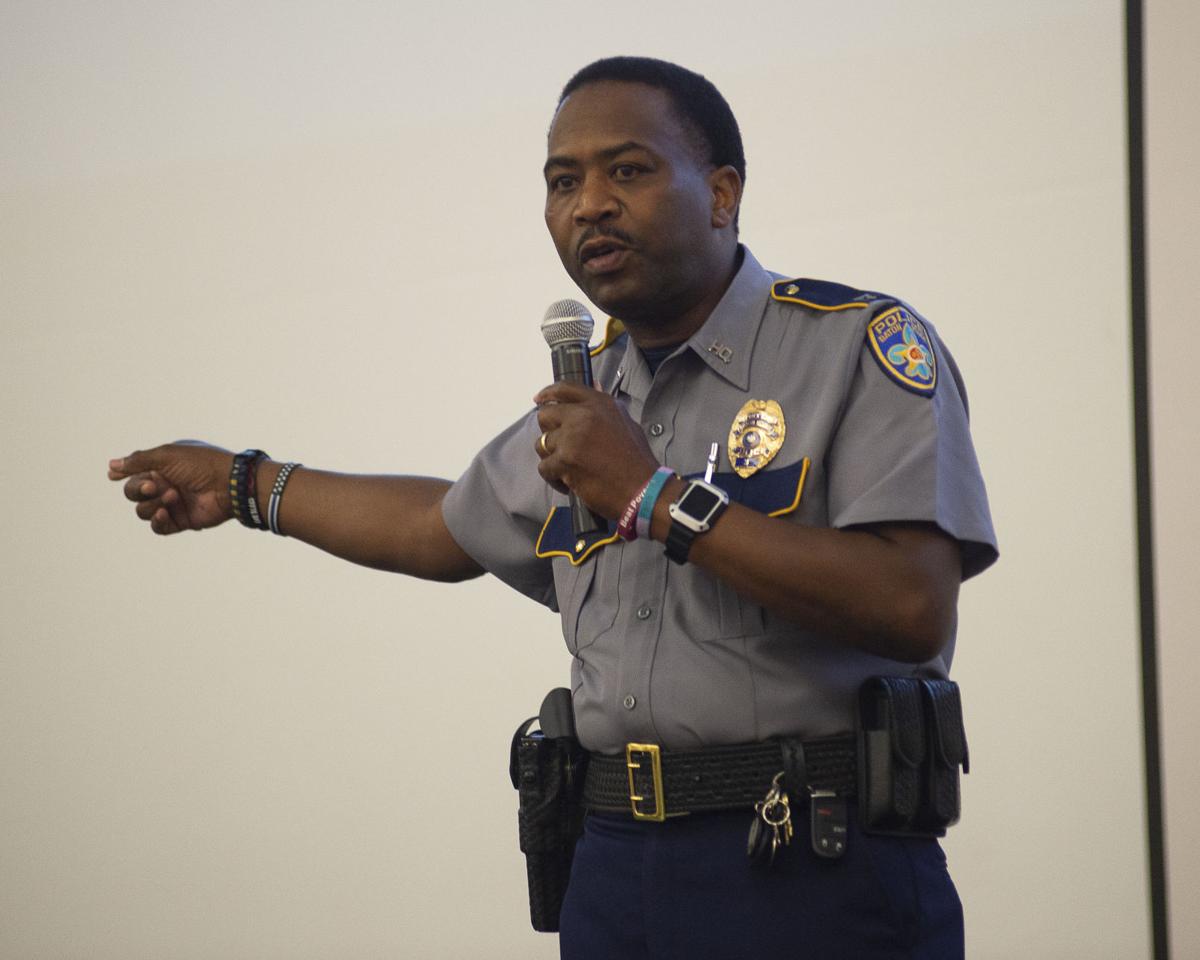 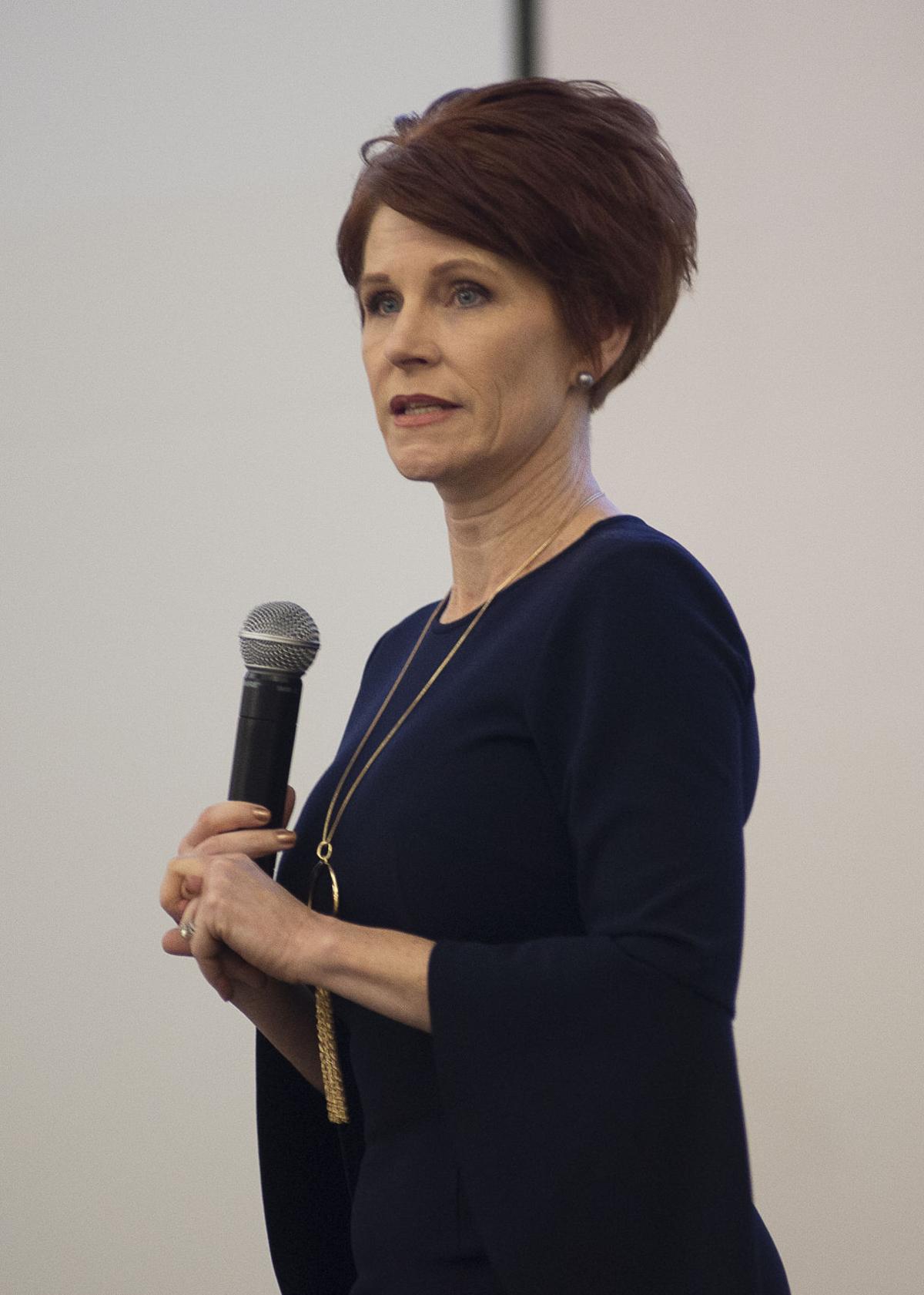 On the heels of a week that saw one child killed and two more hurt in shootings in Baton Rouge, law enforcement officials on Saturday spoke to about 300 people attending the annual I CARE Prevention Summit on what can be done to keep young people safe from guns.

The summit, held at LSU’s Pennington Biomedical Research Center, came after an 11-year-old accidentally shot and killed his 9-year-old brother on Lanier Drive on May 25 followed by a shooting off Government Street on Thursday that injured three victims, ages 3, 6 and 19.

A 9-year-old boy was killed Saturday in what authorities are calling an unintentional shooting by his brother, according to Baton Rouge Police…

Two young children and one adult were shot Thursday night while standing outside a house on South 17th Street in Baton Rouge, authorities said.

“Because we’ve had so many incidences of gun violence in our community, I think it’s important … to understand the root of the problem so that we can combat it,” said Erin Pourciau-Bradford, director of the I CARE violence and drug abuse prevention program in East Baton Rouge Parish schools.

That “root” can be many things, depending on the child and their life experience, she said.

Some young people unfamiliar with firearms get their hands on guns that adults haven’t properly secured and wind up unintentionally shooting someone. Others turn to violence as a way of coping with various types of trauma or because they have grown up in neighborhoods where crime is common.

“If you live in a community and that’s all you see every day,” it can be easy to fall into the same pattern, Pourciau-Bradford said. “We’ve got to start breaking that cycle.”

To accomplish that, people — like the social workers, counselors, educators and parents who made up much of Saturday’s audience — need to be aware of how serious a problem gun violence is, said Lt. J.D. Leach, SWAT incident commander with the Baton Rouge Police Department.

The shootings people hear about on the news are typically those that result in serious injuries or death — but those account for only a fourth to a third of all shootings in Baton Rouge, Leach said.

“There’s a lot more people that get shot. … The public’s not fully aware of what’s going on,” he said.

Leach said BRPD is using many tools to try to improve how police respond to shootings — or prevent them in the first place.

Shot Spotter technology, for example, is much more accurate at detecting gunfire than it once was and is being expanded in Baton Rouge, Leach said.

And local police are part of joint initiatives such as the Violent Crimes Unit, the Louisiana Fusion Center and national databases that help law enforcement agencies exchange information.

“In any neighborhood and in any city, it’s only 3% to 6% of people in that neighborhood or city that’s causing all the problems,” said Robert McGarner, Baton Rouge police deputy chief.

He said the antiviolence Truce program is allowing officers to “police smarter” by identifying that 3% to 6% and offering to help them earn a GED, pursue job training or get substance abuse counseling. If they don’t accept Truce's assistance and continue committing crimes, McGarner said, they'll face consequences.

The most critical aspect of violence prevention, however, takes place at home, McGarner said.

“You can’t wait till a kid is 13, 14 years old and try to raise them,” he said. “You’ve got to raise them when they’re a baby … and put that mindset in their head that they can be more than some little dude on TV rapping — because they don’t realize that’s a fantasy.”

He urged parents to regularly look in their children’s rooms for guns and any other concerning items.

“Make it a point to go in their room like you have a search warrant and check everything in the room: toss the bed, go in the closet, do everything,” he said.

It’s hard for many kids to grasp just how big of an impact shooting someone can have, McGarner said.

“It’s a ripple effect, but these kids don’t understand that until it’s too late.”

Parents also need to keep guns out of reach of kids to prevent accidental shootings, said Holly Sheets, the law enforcement coordinator and public information officer for the Middle District of Louisiana U.S. Attorney’s Office and a member of the I CARE advisory council.

The U.S. Attorney’s Office frequently gives presentations to youth groups — from prekindergarten students up to high schoolers — on gun safety. They stress that the weapons are dangerous and that children should tell a trusted adult if they find one.

“They (guns) are a part of our society, and the chances that your child is going to come in contact with a gun at a neighbor’s house, a friend’s car — that’s a very real possibility and they need to know how to react and how to handle that situation,” Sheets said.

The world Jermaine Galloway sees is teeming with drugs, potential drugs and drug references. But it’s a world most other adults fail to notice.