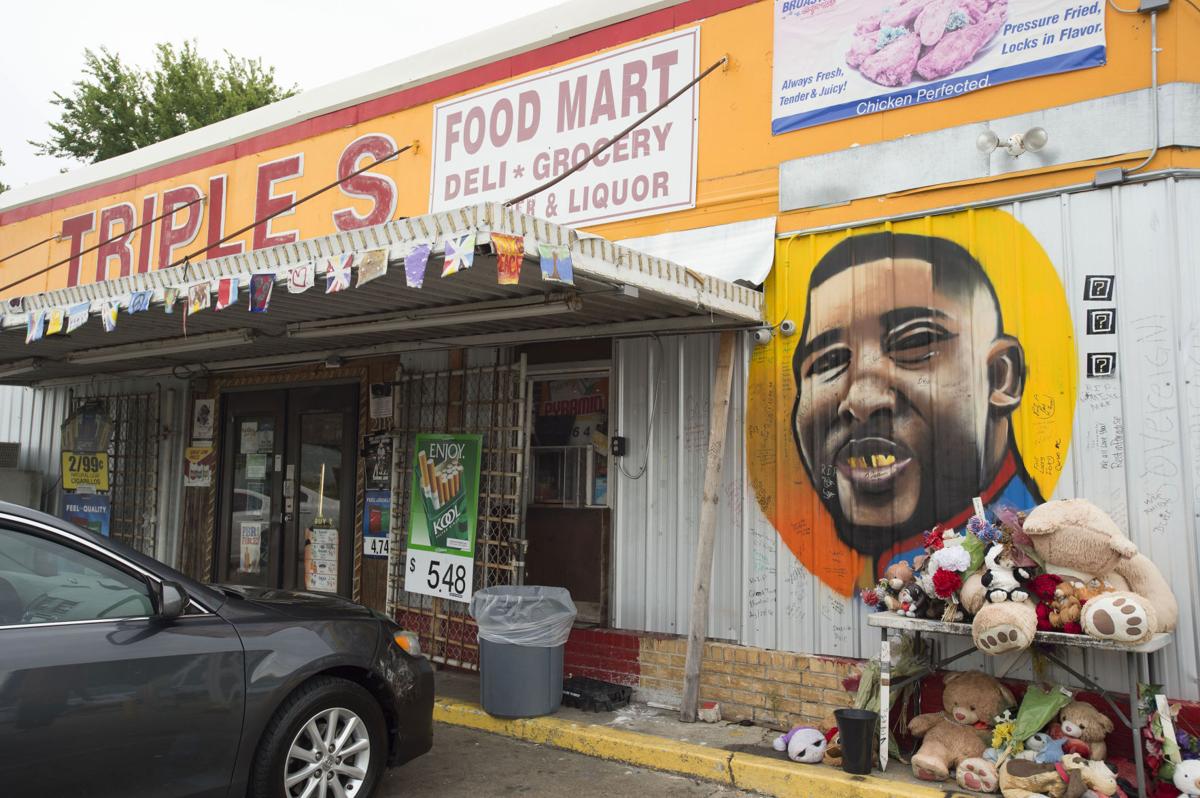 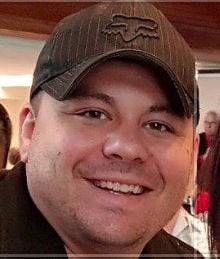 When Blane Salamoni applied to become a Baton Rouge police officer, department officials determined he had been intentionally dishonest during the hiring process — a disqualifier flagged on at least three other applications submitted around the same time.

While the other candidates were rejected, Salamoni was given a badge and gun, according to a BRPD administrative review obtained by The Advocate.

The proposed $5 million settlement in the civil suit filed on behalf of Alton Sterling's five children is off the table for now, but one membe…

The report was prepared and submitted to Chief Murphy Paul in July 2019, just days before he publicly apologized for the 2016 shooting of Alton Sterling and slammed his predecessors for hiring the officer responsible. In that speech, the chief called Salamoni "a man who should have never, ever worn this uniform. Period."

Salamoni was among officers who responded to a complaint about an armed man outside a North Foster Drive convenience store. Prosecutors did not bring charges against anyone, saying Sterling was reaching for a gun when Salamoni fired the fatal shots.

The report includes a review of Salamoni's hiring records and was conducted, in part, to determine whether nepotism was the deciding factor in his eventual employment with BRPD, according to the report. Both of Salamoni's parents spent decades on the police force and his father was a union leader for some time.

On a document identified in the report as a "qualifications checklist," hiring managers noted under "disqualifiers" that Salamoni was "intentionally untruthful, misleading and/or failed to report any information requested during the hiring process."

At least three other applicants who applied around the same time had the same disqualifier noted, according to the report.

"Though the other three applicants' Qualifications Checklists were identical to Salamoni, the hiring process for those three candidates were immediately halted, while Salamoni was allowed to move forward," wrote Sgt. Myron Daniels, the author of the report and former internal affairs commander.

Salamoni's attorney Steve Carleton said he didn't know what the checklist was referring to because Salamoni was open and honest throughout the application process. Carleton said the allegations of nepotism have no merit, arguing Salamoni was proud to follow in the footsteps of his parents in pursuing a law enforcement career.

The administrative review was made public this week during the discovery process in an ongoing wrongful death lawsuit filed on behalf of Sterling's five children. The suit alleges, among other things, that the department was negligent in hiring Salamoni and failed to supervise him, even after his behavior on the force raised red flags.

District Judge William Morvant ruled Monday that BRPD would have to release the document to the plaintiffs without restrictions, saying it was a public record that could be provided to the media, according to an email sent to councilmembers from the Parish Attorney's Office. That ruling came after defense attorneys, representing the city and its police department, requested a protective order prohibiting its public release.

Parish Attorney Andy Dotson said he could not comment on pending litigation. A BRPD spokesperson also declined to comment.

Both parties in the lawsuit have struggled to reach a settlement agreement as public dialogue surrounding the case has become more and more contentious. The East Baton Rouge Metro Council voted this month to reject a $5 million settlement proposed when the two sides agreed to participate in mediation last fall.

2014 EMS complaint says Blane Salamoni had 'no regard' for victim, was 'demeaning' at fatal scene

Lawyers for the city called the $5 million figure "excessive" in an email to council members preceding the vote, though they acknowledged that the case should be settled to avoid a trial, which is now scheduled for March 2021.

Councilwoman Chauna Banks said Wednesday she plans to reintroduce the proposed settlement for a vote at the council’s Oct. 28 meeting and will hold a series of community meetings across the parish to discuss what she called the "gross neglect" of BRPD in hiring a "rogue cop" like Salamoni.

In addition to the issues raised about Salamoni's hiring, the report outlines a series of subsequent problems with his behavior on the force, most of which have already been made public in the four years since Sterling was shot and killed. Cell phone video of the shooting was shared widely on social media and ignited nationwide protests against police brutality.

Paul fired Salamoni in 2018, saying he had violated the department's policies governing use of force and command of temper.

Both state and federal prosecutors declined to bring criminal charges against Salamoni — who fired the six shots that killed Sterling — and the other officer involved, Howie Lake II. The ongoing civil suit was filed against both officers, but the judge ruled this week that Lake should be dismissed from the litigation.

It's not clear from the administrative review what Salamoni was dishonest about during the hiring process, though the police chief later said he failed to disclose a previous domestic abuse incident on his application.

A 2009 police report shows that Salamoni was apprehended for simple battery at a downtown Baton Rouge bar after an off-duty sheriff's deputy saw him yelling and shoving a woman. BRPD officers were called to the bar, where they handcuffed Salamoni and brought him to the police station. The woman later declined to press charges, and prosecutors didn't move forward with the case.

While a misdemeanor battery arrest wouldn't necessarily disqualify someone from being hired as a BRPD officer, Paul said that Salamoni's failure to disclose the incident should have disqualified him. However, Salamoni's attorney disputed that, saying Salamoni acknowledged the incident and discussed it at length during the application process.

Attorneys for Sterling's children have repeatedly referenced Paul's remarks about the hiring decision and have previously released a series of documents they believe show department leaders later failed to adequately supervise him.

One such document is an email from a BRPD supervisor to his colleagues that calls Salamoni "borderline nuts" and describes an incident at the department's firearms training facility in which Salamoni had a heated argument with another officer.

"I had to get between them and get them in the range office," the supervisor wrote. "Both of them are borderline nuts. I will call you in the morning to give you the full report, but no punches thrown and they shook hands at the end."

Salamoni's attorneys have argued the language was blown out of proportion and have downplayed the seriousness of the incident, saying Salamoni simply admonished another officer who displayed a clear safety violation at the gun range. However, an attorney also confirmed that the incident was raised during Salamoni's termination hearing, which was closed to the public.

4 years after Alton Sterling, here's what reviews of police shootings look like in Baton Rouge

Since Alton Sterling's death four years ago this month, the East Baton Rouge Parish District Attorney's Office has reviewed 15 cases in which …

Another document released last year by attorneys for the plaintiffs is a 2014 complaint filed by an East Baton Rouge paramedic, who claimed that he prevented medical personnel from rendering aid at a shooting scene while the dying victim was left "shaking and gasping for air." Records show the paramedic was also disciplined for conduct unbecoming an EMS employee because of her reaction to Salamoni's behavior on the scene.

The administrative review indicates that Salamoni did not follow the proper chain of command in responding to that incident, sending documentation to his mother instead of his supervisor.

After Salamoni was placed on administrative leave during the Sterling investigation, he was issued a misdemeanor summons for simple battery after bodycam footage revealed he had slapped a suspect during a domestic violence investigation. That incident occurred less than a month before the Sterling shooting.

Internal affairs investigators also reported numerous instances of Salamoni using excessive profanity during interactions with the public. He used similar language when confronting Sterling and later explained to investigators that he was trying to get the man's attention.

A Baton Rouge police officer who tased Alton Sterling and helped wrestle him to the ground, but did not fire his gun during the fatal 2016 enc…

After George Floyd killing, BRPD chief talks reform, how he had 'that conversation' with son

Baton Rouge's police chief backs the blue, but he also warns his five sons — young black boys growing up in America — to tread carefully in th…

As a child, Myra Richardson says she was always involved in causes at school. When she was 17 and her hometown was roiled in racial tension, s…

Alton Sterling was fatally shot by Baton Rouge police on July 5, 2016, in front of the Triple S Food Mart in North Baton Rouge. Though the U.S…