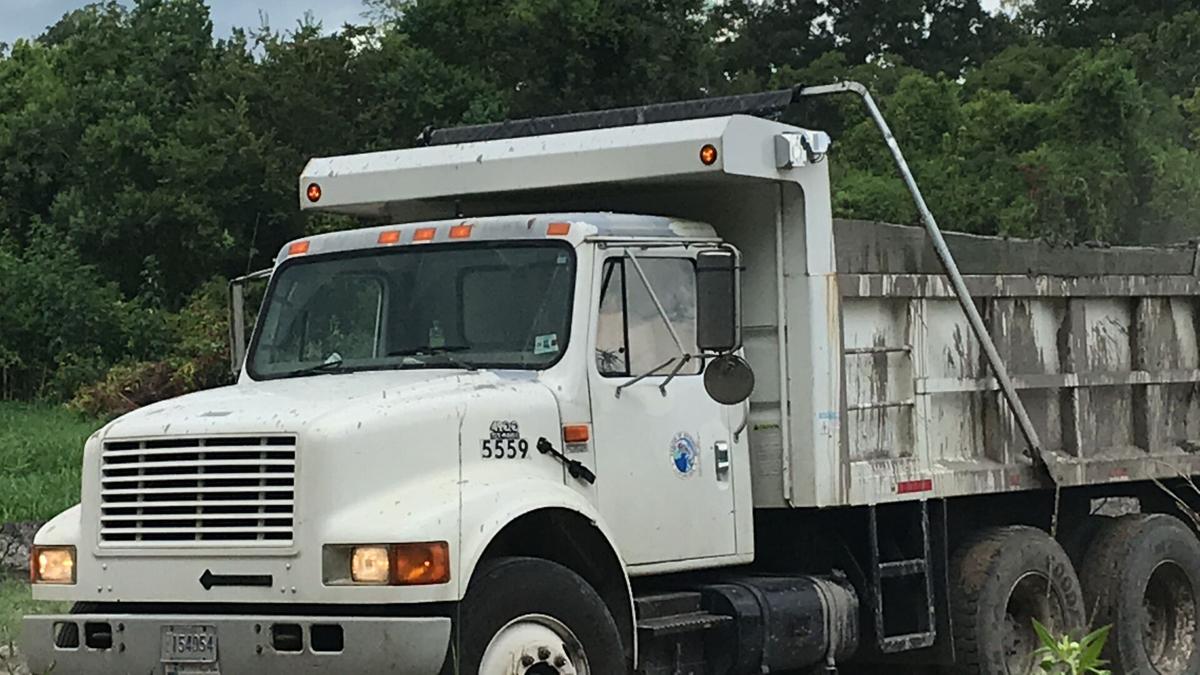 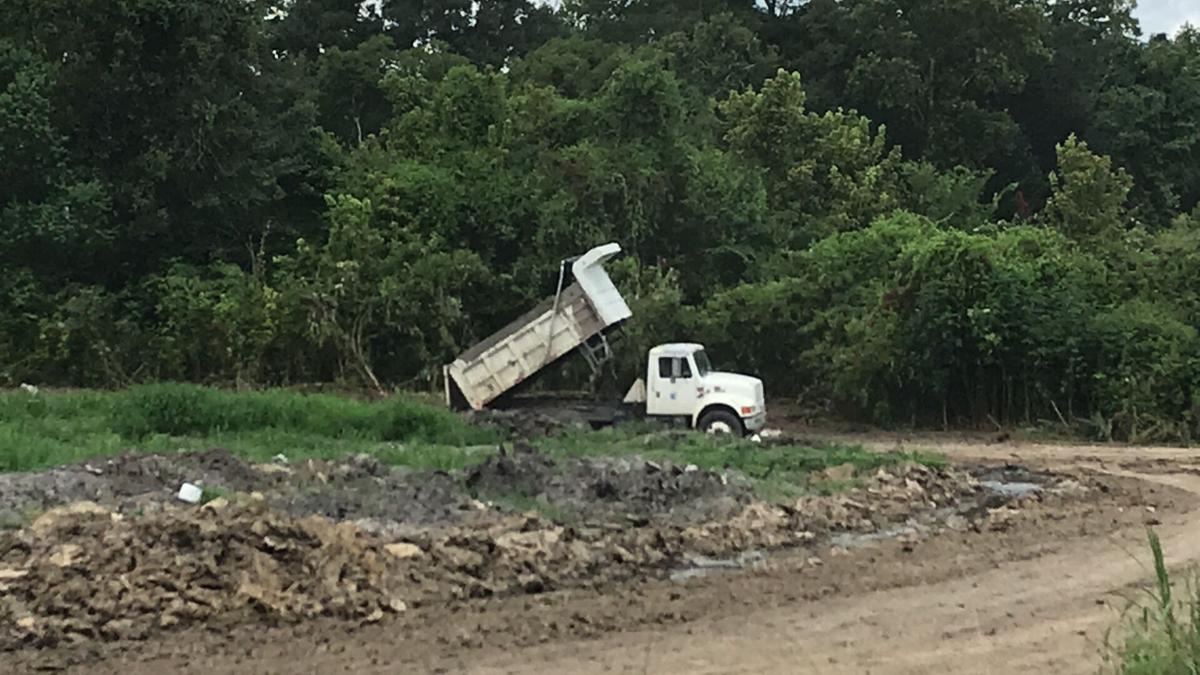 GONZALES — Ascension Parish public works trucks have been delivering loads of dirt from a dredging project to property owned by a company held by the father of first-term Councilman Joel Robert, according to the councilman and land records.

Residents and a parish contract suggest loads have been dropped off over the past three to six weeks, though a precise timeframe remains unclear.

In recent days, the parish deliveries have raised questions among other council members who have said they want to know why the Robert family was receiving dirt and from where it had come. The council members said they had had a chance encounter Thursday with parish dump trucks and other parish vehicles on the Robert property off North Robert Wilson Road and north of Tanger Outlets mall in Gonzales.

State ethics law bars the immediate family of elected officials from entering into contracts with the local governments they oversee.

Councilman Robert says he has stake in the property through his family and spoke as if he was part of making crucial decisions on the dirt deliveries to the site, but, strictly speaking, the material is going to land held by A&T Robert Enterprises LLC. The company's only listed officer is Al Robert, the councilman's dad, parish assessment and state business records show.

On June 23, Al Robert signed on behalf of the family corporation in a standard parish agreement to accept dirt from parish "jobsites" at the North Robert Wilson property.

Councilman Robert, the son, has defended the arrangement as a last-ditch favor to parish government to accept essentially worthless muck from the bottom and sides of New River Canal so a critical dredging project on that waterway could keep going. The Robert property is roughly five miles from the canal work area.

Before the Roberts began accepting the fill, Grady Melancon, a powerful developer and landowner in Ascension, had withdrawn his agreement to accept material, a move that Councilman Robert said threatened to stall the project.

Councilman Robert, who is in his first term, said the spoil is going to fill an old dirt pit that he had previously been refilling with "high end" clay. He said he wouldn't have agreed to accept the poor parish material if not for Melancon's change of heart, which left the parish in the lurch.

"So, they didn't have a place to put it; therefore, they contacted us and put it in ours. Now if you go look at this stuff, it is just that. It's crap," he said.

Robert claimed Melancon, the builder and lumber company owner, had stopped accepting the dirt because of recent parish decisions on his development projects.

Melancon disputed the claim. He said he stopped the agreement, which was the same as the Robert corporation's, documents show, because he believes the New River work will end up worsening flooding in Gonzales. He didn't want to be a part of it, he said.

Despite Councilman Robert's claims that the dirt is worthless, other council members and at least one contractor contend the mushy material has a value once it is dried. That raises questions about the ethics of the agreement, for which the administration had not previously given the council details.

Councilman Aaron Lawler raised the issue Monday in an open email to the entire 11-member council after he, Council Chair Teri Casso and Melancon, the developer, saw parish trucks at the Robert property on Thursday. They were coincidentally riding together in the area, Lawler said, to investigate options for a new interstate interchange that would tie into Melancon's large property near the Roberts' dirt pit.

In an email, Lawler said he had previously been asking the Cointment administration where the dirt for the New River dredging project was going. He hadn't gotten an answer yet when he, Casso and Melancon saw the trucks and Robert himself at the dirt pit site.

"This spoil situation needs to (be) discussed openly and honestly," Lawler wrote in the email. "Per my conversations with people that do dredging work, specifically people that have been contracted to do dredging in Ascension Parish, they have buyers for the spoils because it has value after it dries. This alone raises ethical and legal issues into this situation. But these issues could have been resolved earlier with transparency and communication."

In the email, Lawler was asking form which parish government source the spoil dirt was coming and speculated the New River project might be one option. His email had been sent mid-morning Monday before Robert and other parish officials confirmed the material was, in fact, from the New River project.

The revelations come in a hot-house environment in the Ascension political scene as Lawler and some other council members questioning Robert's arrangement are facing election recall attempts from voters who are upset about growth and infrastructure.

Those critics have tended to be more sympathetic to Robert, his council allies and Parish President Clint Cointment. Lawler and others had taken flak on social media for being seen with Melancon last week.

'A number of places'

Officials from two dirt companies in the Baton Rouge area, Richfield Riversilt and General Sand and Gravel, quoted prices that ranged from $200 to $300 for a standard 20-yard dump truck load of dirt from the Mississippi or Amite rivers.

But parish administration officials say that, under parish policy, the spoil material taken from local bayous and properties is deemed to have no value and that officials have struggled in the past to find landowners willing to accept the dirt.

John Diez, parish chief administrative officer, said those deals have sometimes required the parish to pay the landowner to accept the spoil material. He said he would welcome someone willing to buy it instead.

James Moore, an owner of Bridging the Gap LLC, had bid on the New River project. If his company had been awarded the bid, he says he could have sold the dried spoil material to homeowners and others looking to fill their land.

Moore contends the excavated spoil, which is the contractor's to have, is good dirt that can be used for homes or be placed in dirt pits for later sale. He said that, with the exception of properties immediately near a work site, people who would have wanted that dirt would have had to pay him for the cost of delivery.

"There's a number of places that dirt could have went," Moore said.

Moore, the parish and another bidder are currently tied up in litigation over the New River project. Dirt going to the Roberts is from a portion of the job that parish government employees have done under emergency authority amid the dispute with the bidders.

Whatever the value of the material, the state ethics prohibition on contracts with immediately family remains.

A February 2009 state ethics summary addressing "common misconceptions" says that, with exception of small towns, the prohibition remains in place even when no one else can provide the goods or services sought by a local government.

"Many other people believe that, if the job is not going to yield a big profit for the person doing it, then it is O.K. for the person to do the work, regardless of who that person is," the summary says. "This too is not correct. The amount of profit to be gained, or not gained, is irrelevant if you are one of the prohibited persons."

She added that state law does allow immediate family to donate services to local governments, but dirt is generally considered property, not a service.

Parish officials could not provide an immediate estimate on how much or how long dirt has been delivered to the property since the June 23 agreement was signed.

But, from a neighboring property on early Monday afternoon, The Advocate observed a parish dump truck going to the site and dumping a load of grayish material.

Hannibal Pharms, 49, and his neighbor, Steven Tillman, 59, both said they've seen parish dump trucks going to the dirt pit next door to their homes for three to four weeks, all day until as late as 7 p.m. Other residents living down North Robert Wilson said they've also seen parish trucks entering the property for weeks.

Pharms said he wasn't sure how many truckloads of dirt have been delivered.

"I don't know how many trucks it was because it's going on all day, but it's a fleet of trucks," Pharms said in an interview Monday — minutes before the parish truck arrived next door.

Before that truck had arrived, Pharms said deliveries had slowed on Monday.

Tillman, whose home backs up to the pit, said he has continued to hear the banging of the dump trucks' gates as workers moved them back and forth to finish emptying their loads of dirt.

"They slam it all day long," Tillman said.