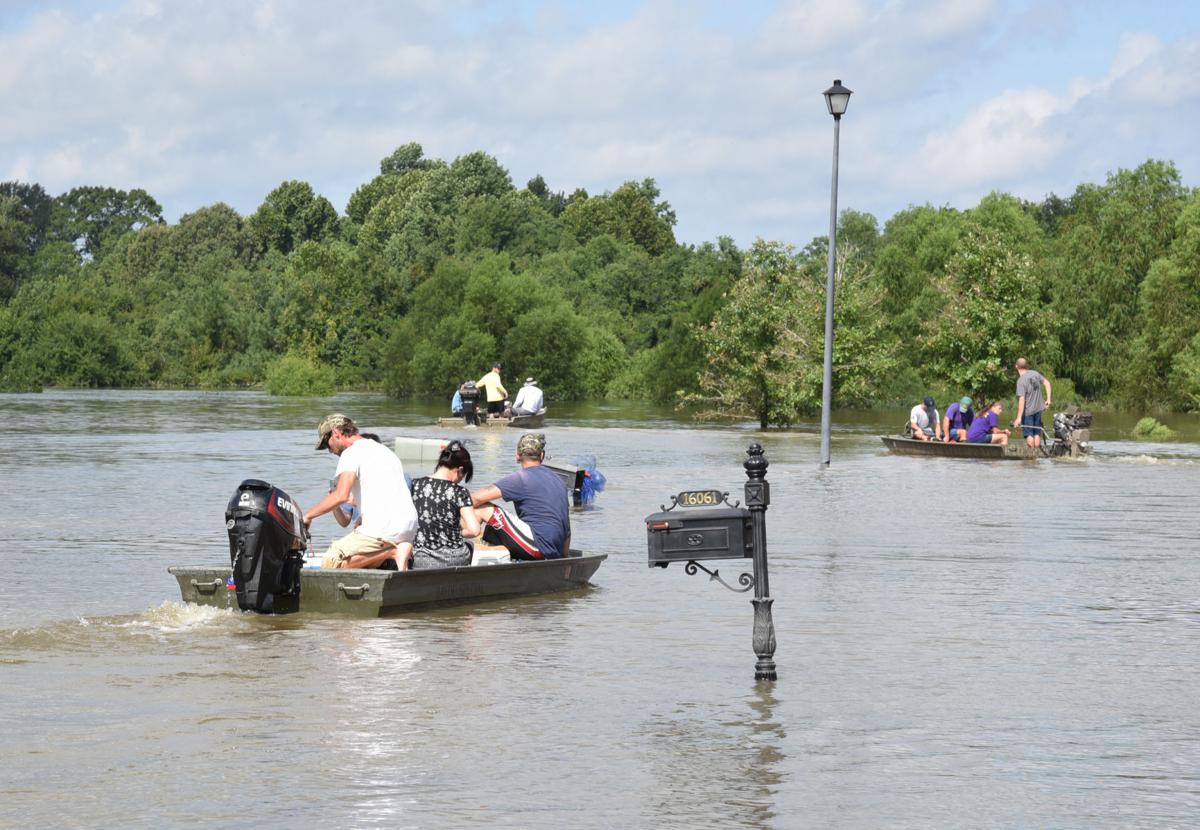 Three boats bring residents of the neighborhood off Magnolia Trace Parkway to O’neal Lane on Monday. 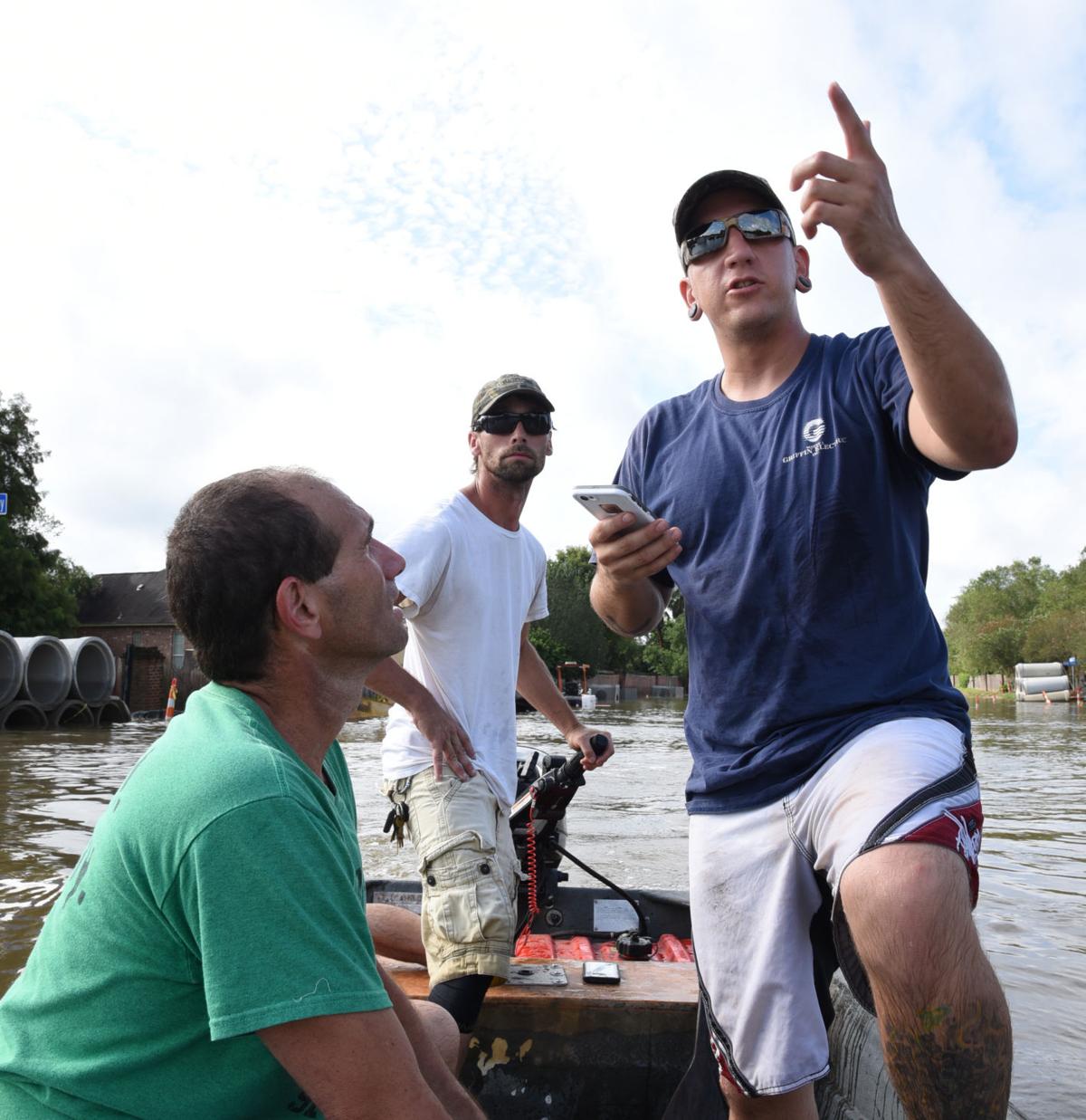 Aberto Rodriguez, left, tells Clay Arroyave how to get to his house while Andrew Seal stears his boat on Monday. Rodriguez’s house flooded, and he was forced to evacuate over the weekend.

Three boats bring residents of the neighborhood off Magnolia Trace Parkway to O’neal Lane on Monday.

Aberto Rodriguez, left, tells Clay Arroyave how to get to his house while Andrew Seal stears his boat on Monday. Rodriguez’s house flooded, and he was forced to evacuate over the weekend.

Andrew Seal and Clay Arroyace were among the lucky ones.

Their homes weren't inundated with floodwaters over the weekend as river waters overflowed, turning residential blocks and major thoroughfares into lakes across South Louisiana.

But the pair are two of the hundreds of people who became local heroes over the weekend as they used their personal motorboats, kayaks and airboats to drift through flooded streets and subdivisions to rescue people they didn't even know and get them and their personal belongings to safety on dry land.

"That's the way it should be," Seal said Monday morning just after he helped a few people out of the Lakes at Magnolia Trace subdivision, a community hit hard by the floodwaters that washed out most of O'Neal Lane in Baton Rouge.

"It just felt like the right thing to do," said Seal, a 30-year old electrician who lives in Baton Rouge's Mid-City neighborhood. "I just rode up and down the street in my boat (Sunday) and when folks flagged me down I just stopped and helped."

Seal spent the day Sunday cruising with his boat through floodwaters along Goodwood Boulevard and Sherwood Forest. On Monday he did the same along O'Neal Lane, and parts of Gonzales.

Arroyace, who lives off Richland Avenue in Baton Rouge, wasn't with Seal on Sunday but was on another friend's boat helping with grassroots rescue efforts.

Arroyace, 30, said they started at about 11 a.m. that day and stopped around 6 p.m. He and Seal linked up on Monday. He said they'd continue saving as many people as they could "as long as they need it."

"I was hoping we didn't get any flood waters in our place, and we didn't. So I just felt like I was in a fortunate enough place to help everyone else," he said. "All of this caught a lot of people off guard. Some of them have just lost everything."

Terms like "heroes" and "Good Samaritans" have been used to describe what Seal, Arroyace and so many others have been doing since the flooding started.

Given how widespread the damage was, volunteers were often there to help evacuees before authorities were able to arrive.

Being able to sail up to and park his boat at some people's front door because water levels had gotten so high was a sobering feeling for Seal.

Thousands still without power; many will have to wait until water recedes, officials say