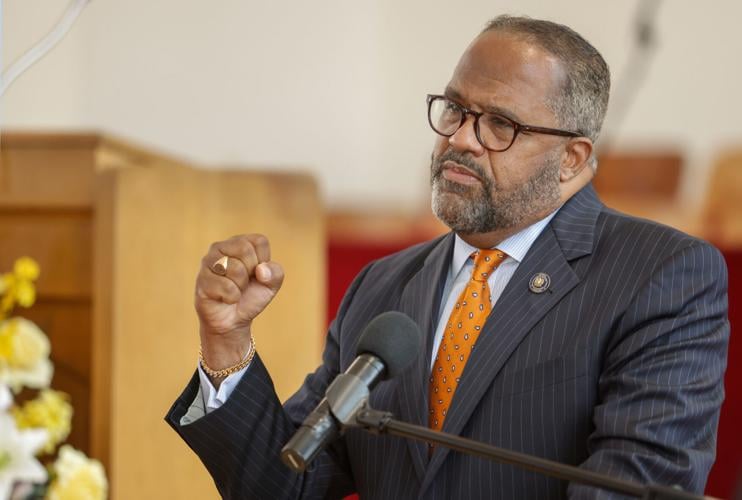 U.S. Rep. Troy Carter speaks at the New Zion Baptist Church in New Orleans, April 25, 2021. His special election victory was seen as a win for the House Democratic leadership. 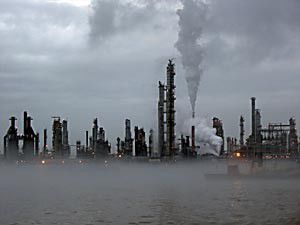 Chalmette Refining, photographed from across the Mississippi River in 2005. 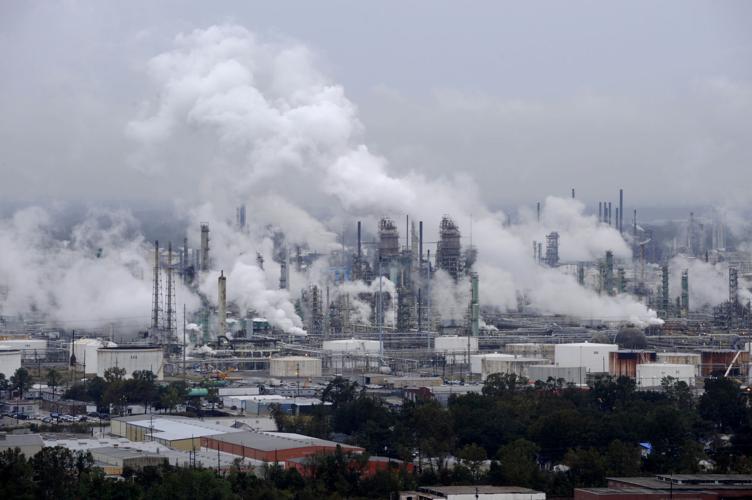 Exxon Mobil shown under cloudy and rainy skies in this file photo from December 2017.

U.S. Rep. Troy Carter speaks at the New Zion Baptist Church in New Orleans, April 25, 2021. His special election victory was seen as a win for the House Democratic leadership.

Chalmette Refining, photographed from across the Mississippi River in 2005.

Exxon Mobil shown under cloudy and rainy skies in this file photo from December 2017.

U.S. Rep. Troy Carter has asked the Biden administration for third-party monitoring of air emissions in the Mississippi River corridor between Baton Rouge and New Orleans — and for money to study the cumulative impact of those emissions on public health.

Carter was elected in April to represent the sprawling 2nd Congressional District that tracks Louisiana's industrial corridor along the river. He said he was committed to answering President Joe Biden's call to action on environmental justice and the disproportionate health and environmental impact born by communities of color.

But Carter also explained that questions remain about the effect of emissions from region's "nearly 150 oil refineries, plastics plants and chemical plants."

"Some business groups and community leaders, however, have claimed that data does not support certain labels placed on the communities in my district," Carter, D-New Orleans, wrote to the EPA administrator on Aug. 12. "Until we fully understand what the impact of industrial emissions are on the health and safety of our environment and communities, we cannot begin to claim that upholding the health and safety of our constituents is our top priority."

In a statement, EPA officials said Monday that they and Carter "recognize that achieving environmental justice starts with improving our understanding of the impacts of pollution, especially in overburdened and historically underserved communities."

"The agency looks forward to reviewing the request and working with Congressman Carter to deliver on our mission to protect human health and the environment and improve the lives of residents in Louisiana’s River Parishes," the EPA statement said.

Carter had called for tighter regulation of industry on the campaign trail. The letter is one of his first statements since being elected about his views on the potential health impacts on his constituents, the continued role for river region industries critical to the state's economy and the pollution and environmental justice questions that also swirl around their expansion.

The letter also comes at a time when the $9.4 billion Formosa Plastics complex proposed in St. James Parish has brought national attention again to the Louisiana's industrial corridor and prompted calls for Biden to scrutinize the project closely.

The proposed site on the west bank of St. James is in Carter's majority African-American district, which stretches in a squiggly arc from the Rigolets at the eastern tip of Orleans Parish to Baker, north of Baton Rouge.

Environmentalists criticized his predecessor, former Congressman Cedric Richmond, for not doing enough to highlight the health concerns in the river region. Carter staked out a middle path in the letter to Michael Regan, Biden's U.S. Environmental Protection Agency administrator.

Carter argued a clean environment can coexist with industry through better oversight.

"It is a core belief of mine that no one should die for a job and that there are solutions that can provide a clean environment alongside industry," he wrote.

Carter, who wrote there is a "documented history" of the inadequacy of self-monitoring, called for more funding to step up independent monitoring and testing "to produce data that can help create standards of accountability and fair regulation based in scientific fact."

He also asked for money to help industries run more cleanly and to better understand other causes of cancer besides any possible effects from industrial emissions.

Though Carter didn't use the term in his letter, he appeared to indirectly reference the "Cancer Alley" moniker often attached to the river corridor that Carter represents.

In Biden's call in January for a focus on environmental justice questions among fence-line communities, he specifically mentioned Louisiana and "Cancer Alley," the first time a president has acknowledged the contested term.

The statement buoyed local and regional environmental groups who have been fighting the issue for years. But it drew a rebuke from local leaders, including U.S. Sen. Bill Cassidy, R-LA, who called it "slam upon our state" that he didn't accept.

A few months later, officials with the Louisiana Tumor Registry, a database of cancer cases among state residents maintained by LSU Health New Orleans, announced their latest round of 10-year data that showed a mixed result for cancer cases in that region.

Some areas had elevated cancer incidences that were statistically significant, and others had incidences lower than state average.

Because of privacy limitations, the registry didn't have cancer data for some less populated places in the river region, especially for specific types of cancers that might be more closely linked with a certain types of air emissions or plants.

The data were for 2008 to 2017. An accompanying statement from LSU about the new cancer data said the term "Cancer Alley" has "no scientific validity."

In June, the Tulane Environmental Law Clinic, which advocates for people opposed to new industries in the river region, used the same Tumor Registry data and compared it with localized federal poverty data and EPA cancer risk data.

The Tulane law clinic found the differences in both instances were statistically significant.