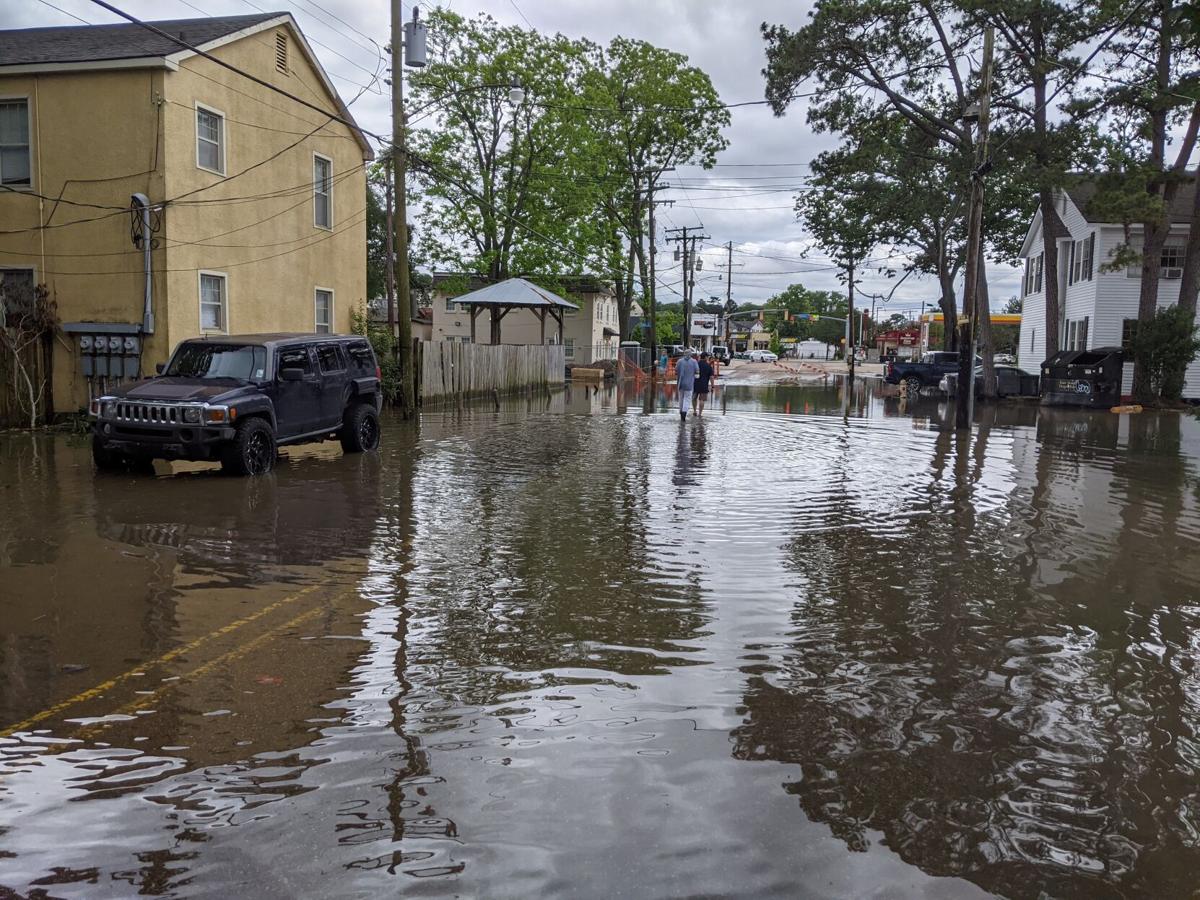 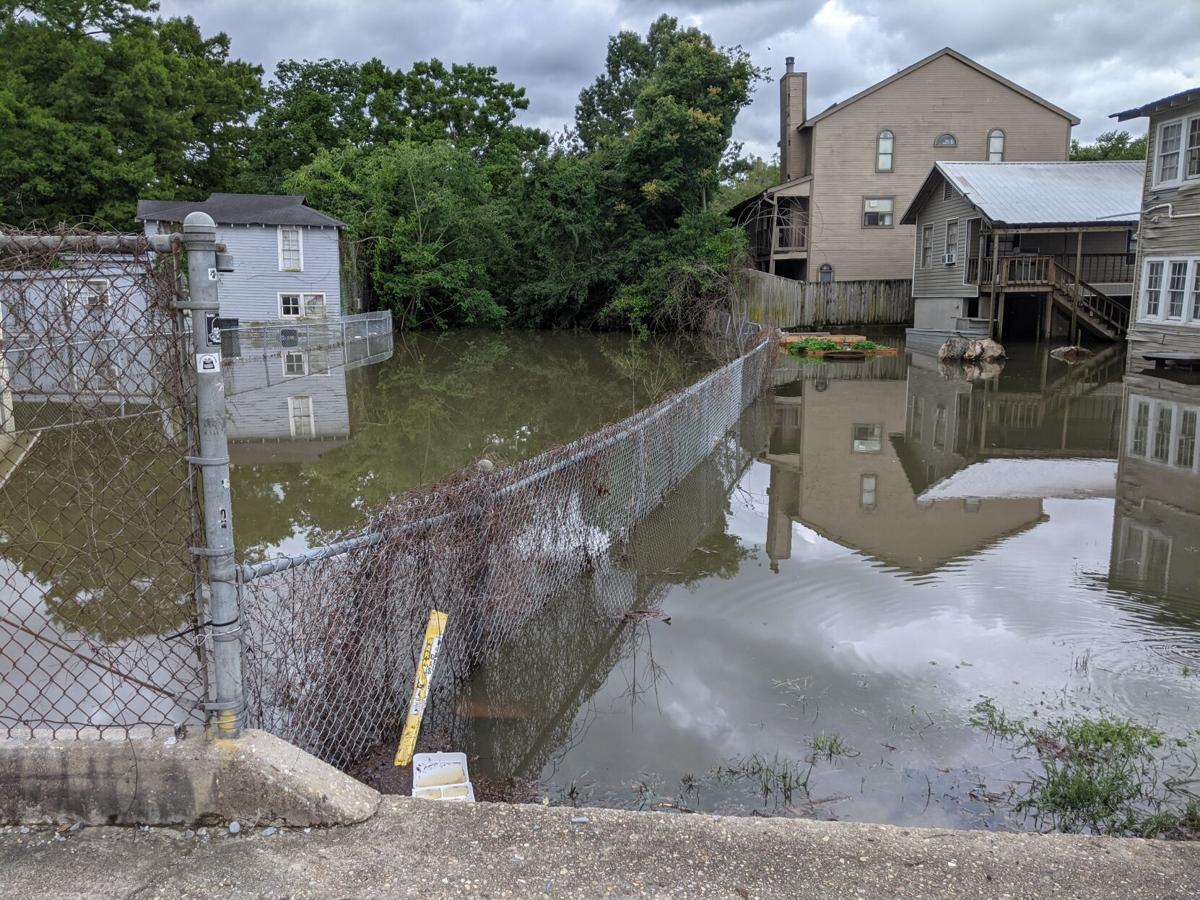 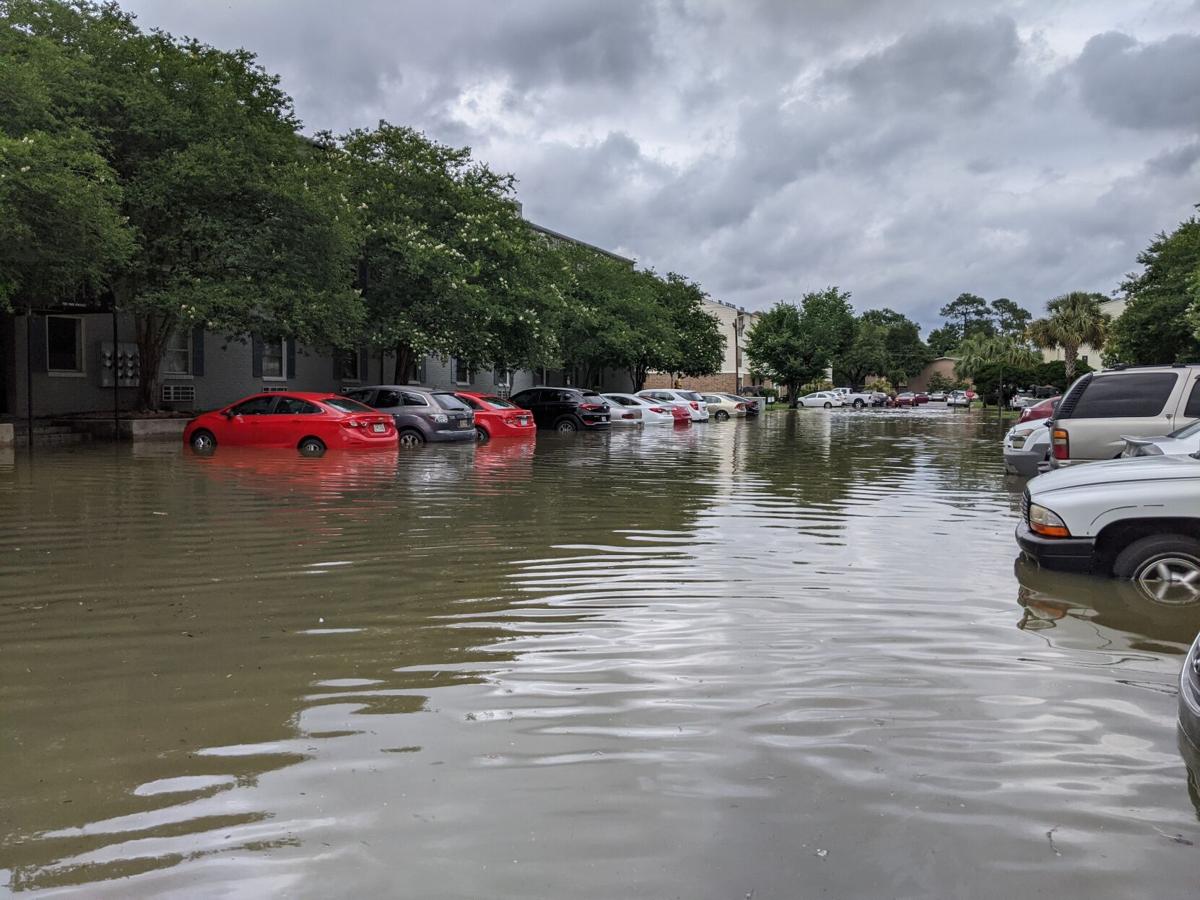 Makayla Johnson, 22, just finished a two-week COVID quarantine and looked forward to going out for the first time Tuesday. But when she left her home at The Bradshaw Apartments near LSU's campus, she was met with knee-deep flooding, an inability to drive and fear for future rain.

"I was trying to get out and get something to eat, but when I walked outside I realized my Honda Civic could not make it out," said Johnson. "This is my first time living alone. I'm used to having the comfort of my family. My mom is trying to bring me something, but she can't come back here to help me."

With almost 14 inches of rain hitting parts of Baton Rouge overnight Monday, areas surrounding LSU's north side of campus flooded to the point of road closure at East State Street near Highland Road. Cars at The Bradshaw Apartments filling to their seats with water.

John Bel Edwards: After flooding, 4 deaths reported in south Louisiana; more rain is on the way

East State Street was closed Tuesday afternoon from Highland Road to University Crossroads condominiums, with barricades blocking off entry. But drivers were exiting their vehicles to move barricades out of the way to drive through the flooding, causing to water to inch closer to nearby houses' doorsteps.

Generett Bell, 24, lives on Ivanhoe Street and woke up to find the canal outside his home completely flooded, along with the fence surrounding it.

To get outside of his home Tuesday afternoon, Bell had to walk through ankle-deep water. But he said that was progress considering how high the water was that morning.

"Waking up and seeing a 6-foot fence underwater, it's harrowing," said Bell. "It's horrifying. I think of all the other people who have lost their property, family members, safety and security."

At The Bradshaw Apartments, water was just below knee-level at its deepest points, though only about 4 inches of rain had drained since the rain stopped. Another canal outside the complex had flooded to the point that it broke a section of wooden fencing on the perimeter of the complex.

No tally yet on flooded Baton Rouge homes, but 2021 is nothing like 2016, mayor says

Johnson said she had been looking forward to returning to work Tuesday after being in her apartment for two weeks, but she no longer could due to the flooding. Now, she faces financial insecurity since she doesn't know when she'll be able to return to work.

"I haven't been making any money," said Johnson. "I'm now at a delay to keep things straight."

Bradshaw resident Tremond Parker, 23, said his main concern with the area's flooding is that it won't drain in time for the next rain, which is supposed to continue on and off through Thursday.

"It's going to take this water a day or two to even return back to normal," said Parker, "but with the downpours we keep getting constantly, it's not going to go down and it's potentially going to get worse."

Cars surrounding Parker had water inside up to their seats, and gasoline and transmission fluid was leaking onto the surface of the water. One of those cars flooded belonged to Bradshaw resident Devin Brown, 22, who was angry that the car he had just bought last year was filled with water.

John and Jan Intres were getting ready to watch a TV show in bed Monday evening when they heard gurgling water creeping up outside their home.

"I'm very stressed. I'm not sure if the insurance is going to cover it or not. I just wish this was something we wouldn't have to deal with."

Brown said he blames The Bradshaw for his car's damages because there are no signs or previous communication regarding possible flooding in the area, and his insurance includes a $2,000 deductible that he can't afford to pay.

"I'm sad because my car is ruined, and of everyone walking around looking at their cars, I have yet to see any employees trying to help anyone. It didn't happen to them."

Was that a 100-year rainfall? 50-year? Here's how you can calculate that yourself

More than a foot of rain fell across portions of the Baton Rouge metro area, triggering flash floods late Monday and early Tuesday and prompti…