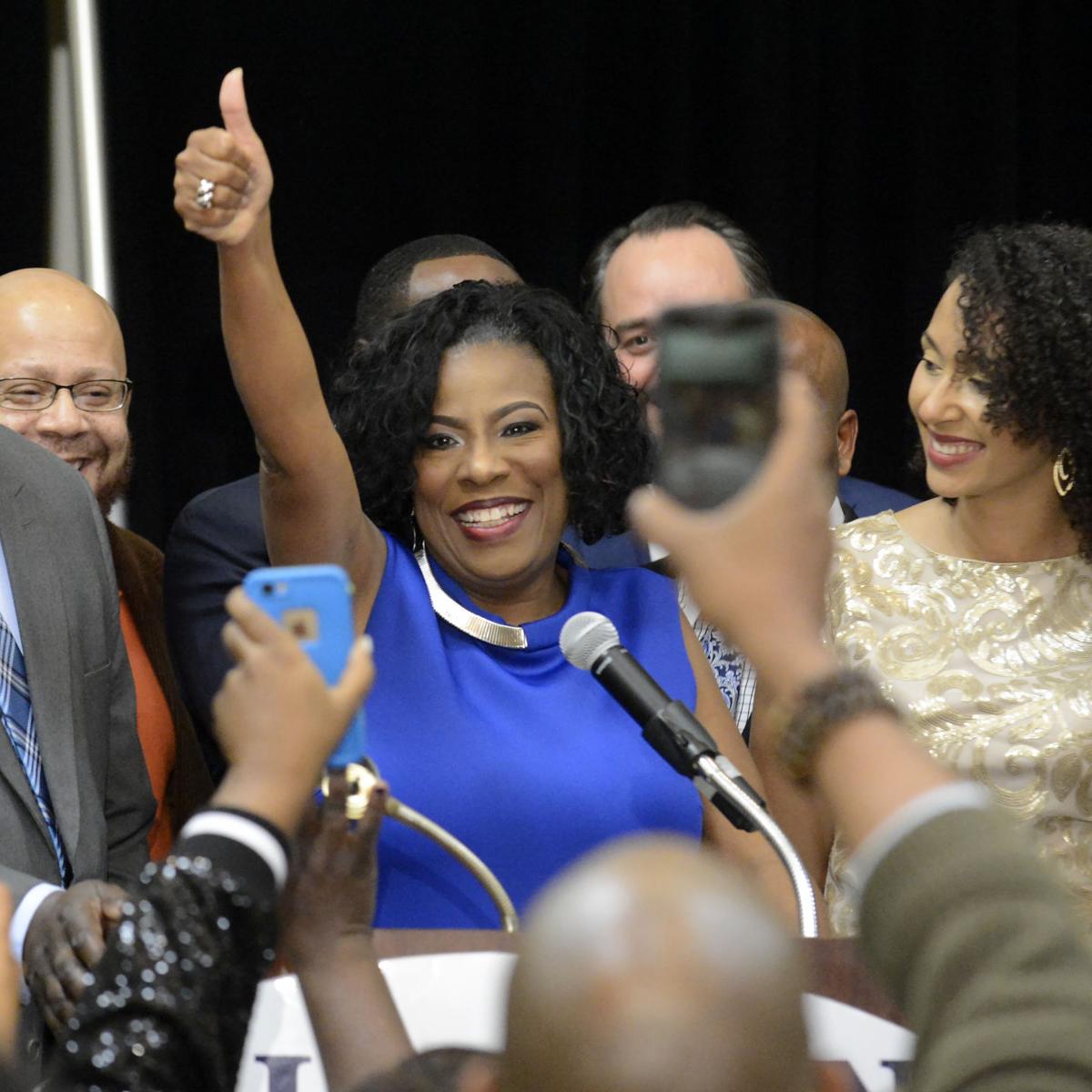 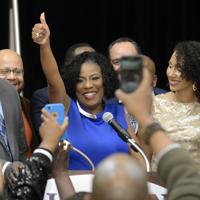 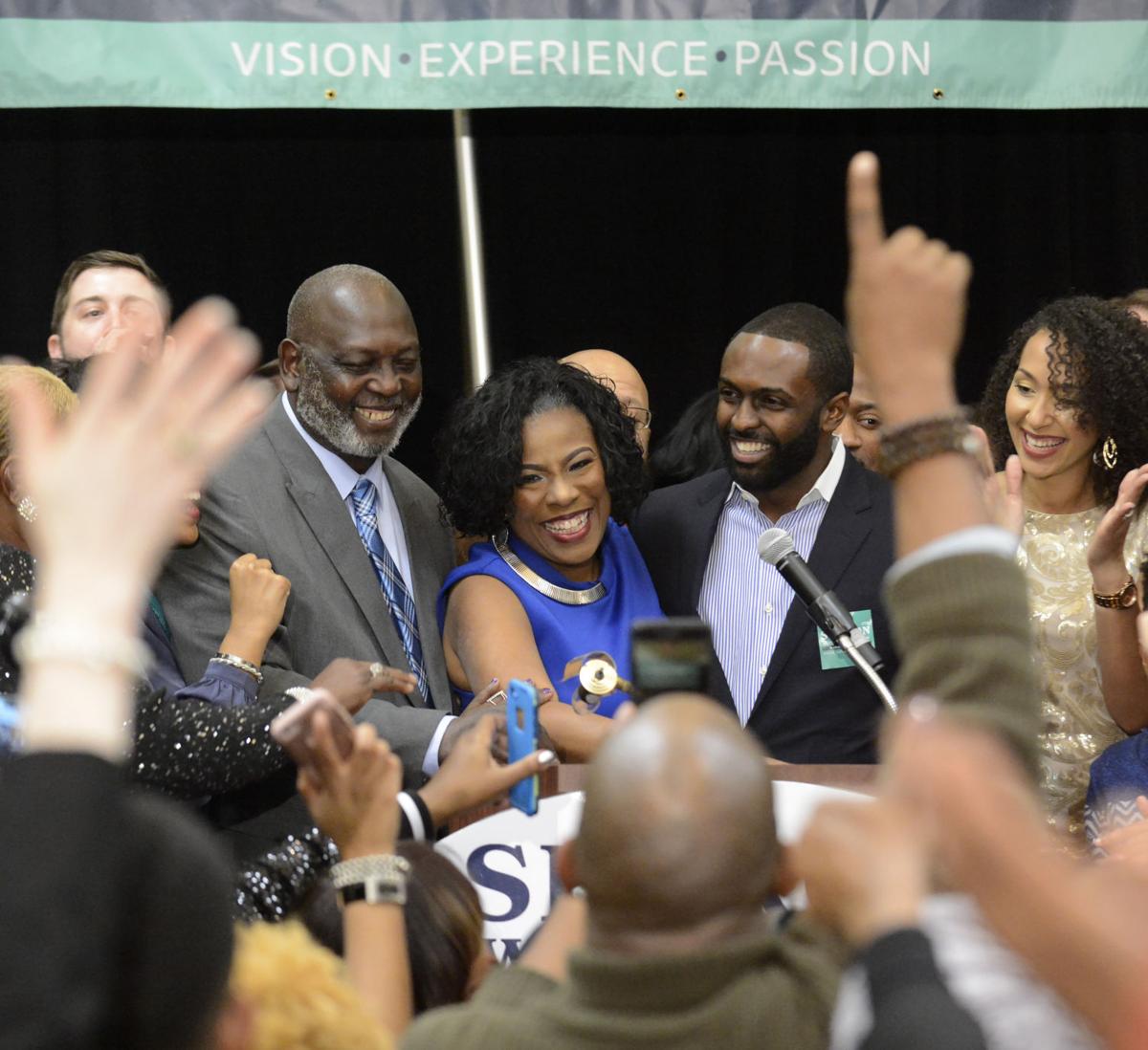 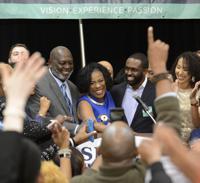 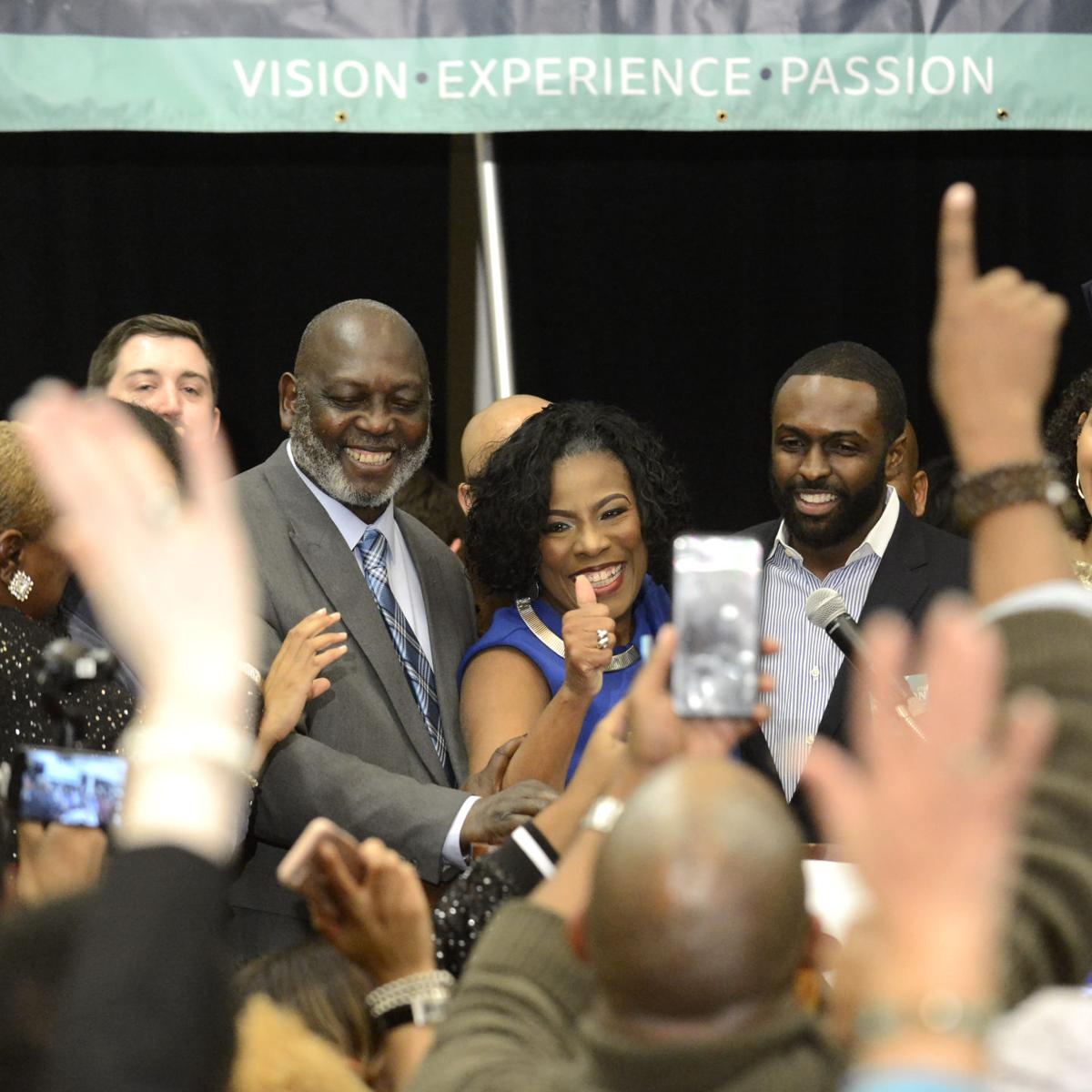 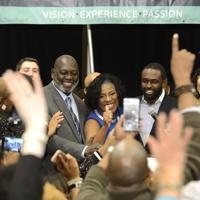 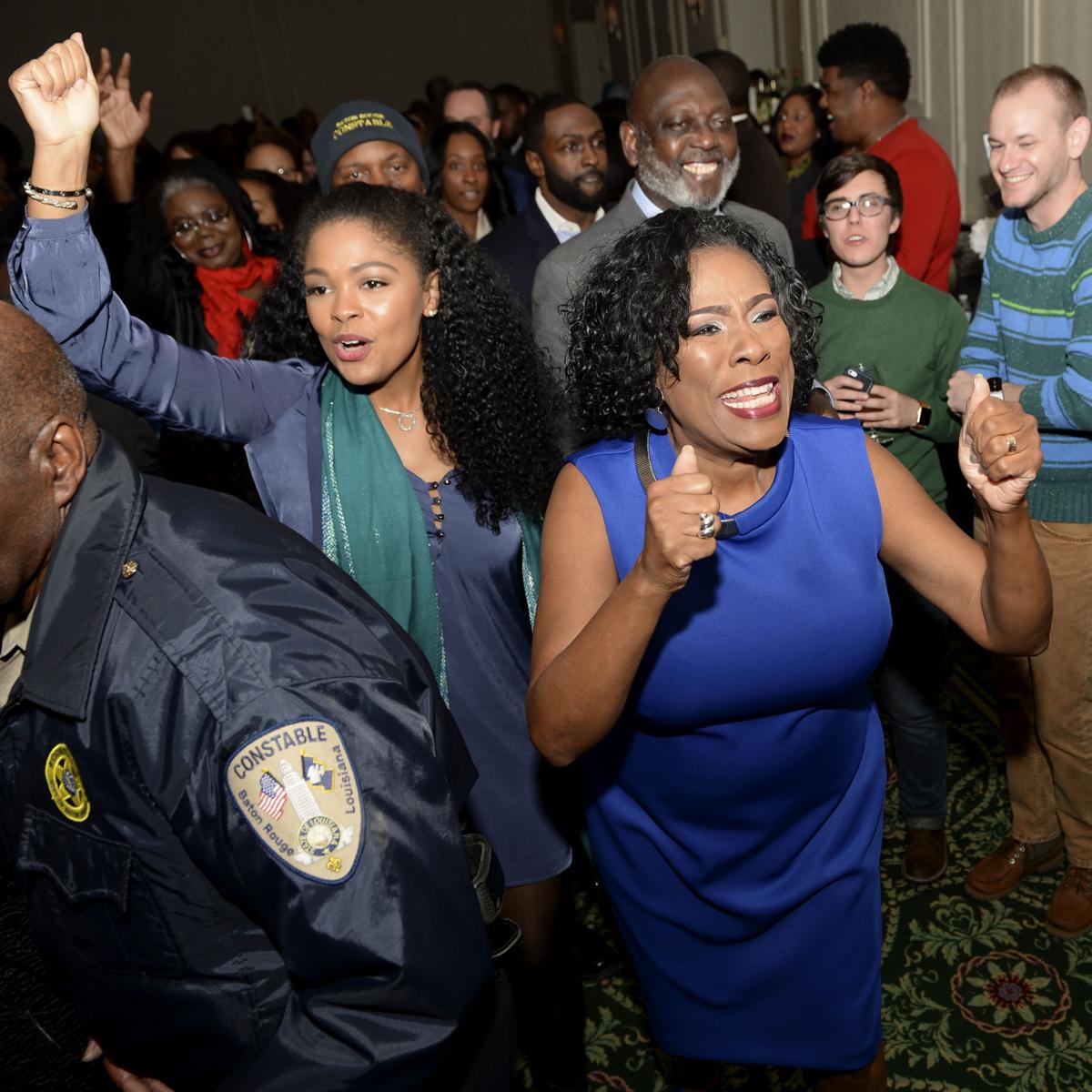 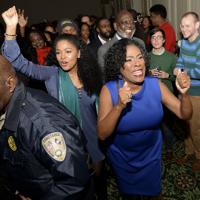 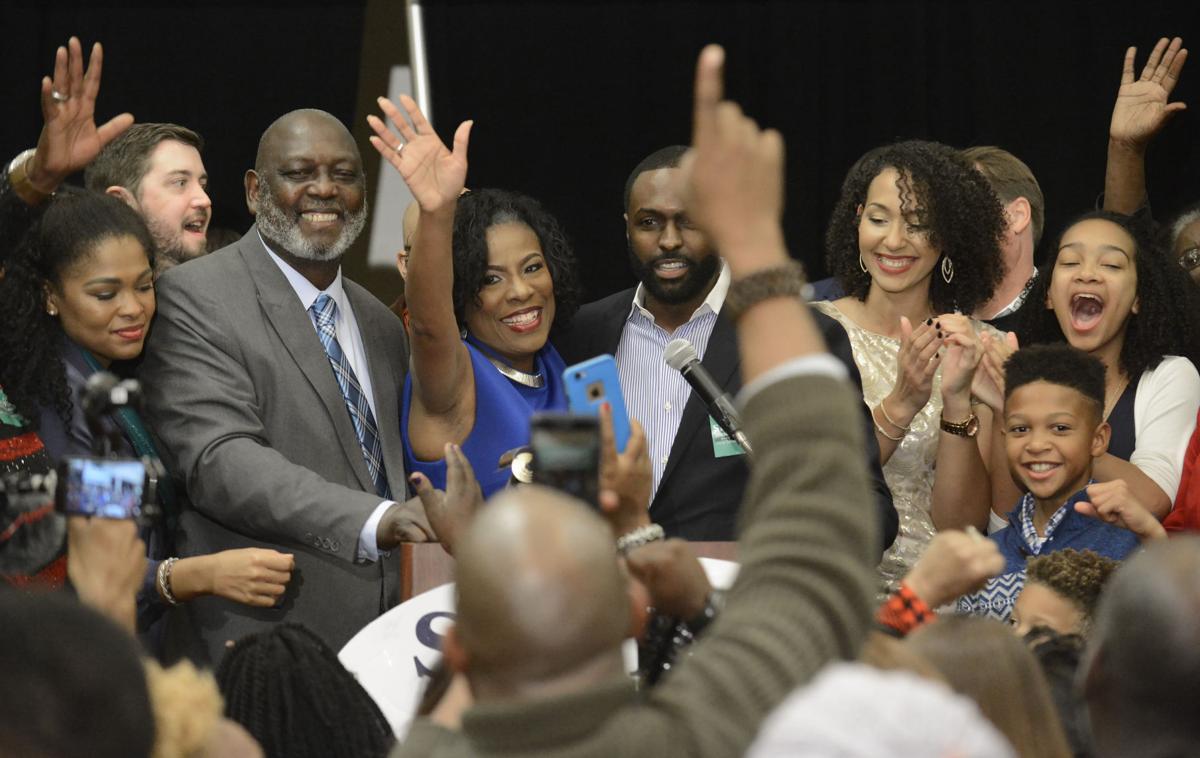 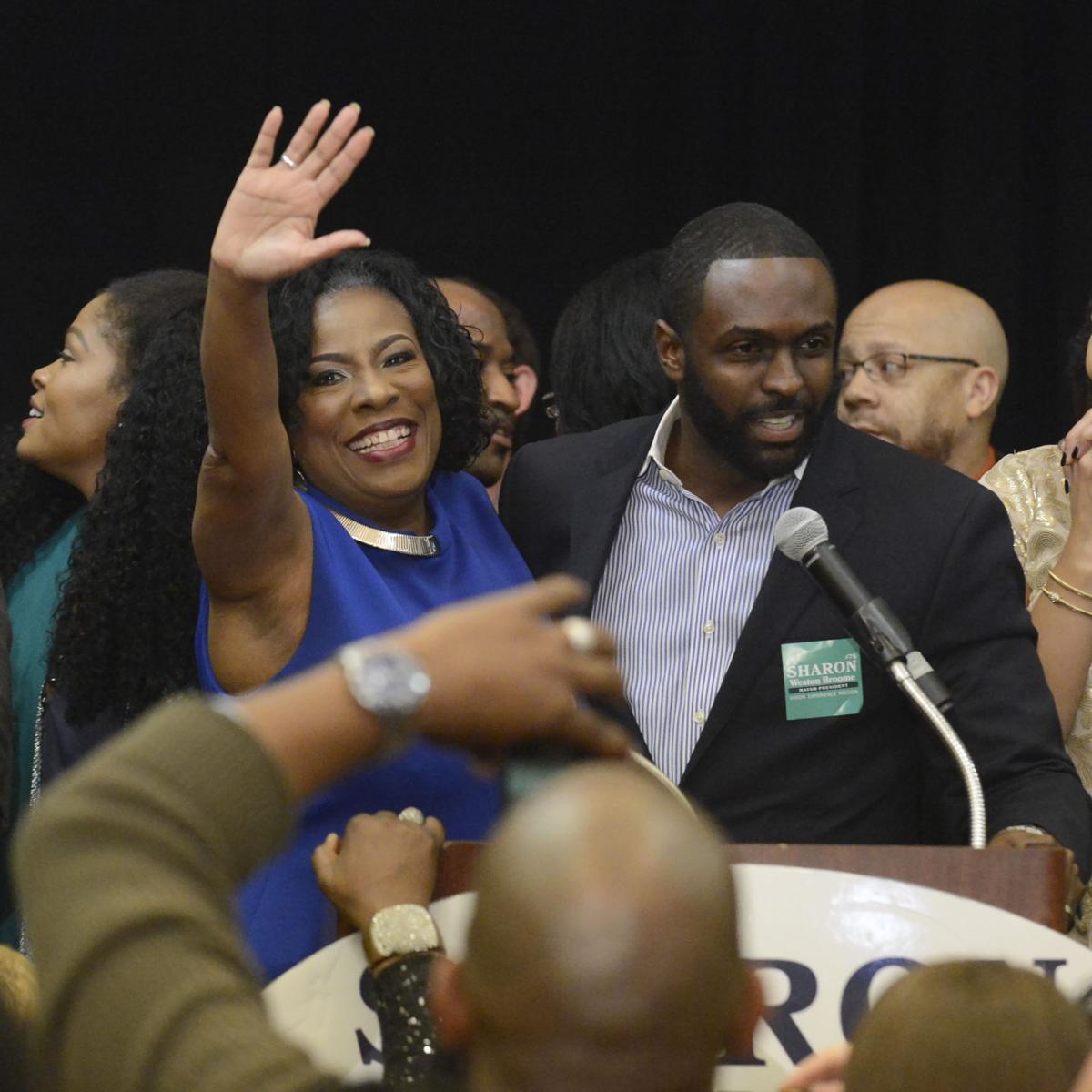 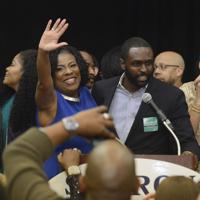 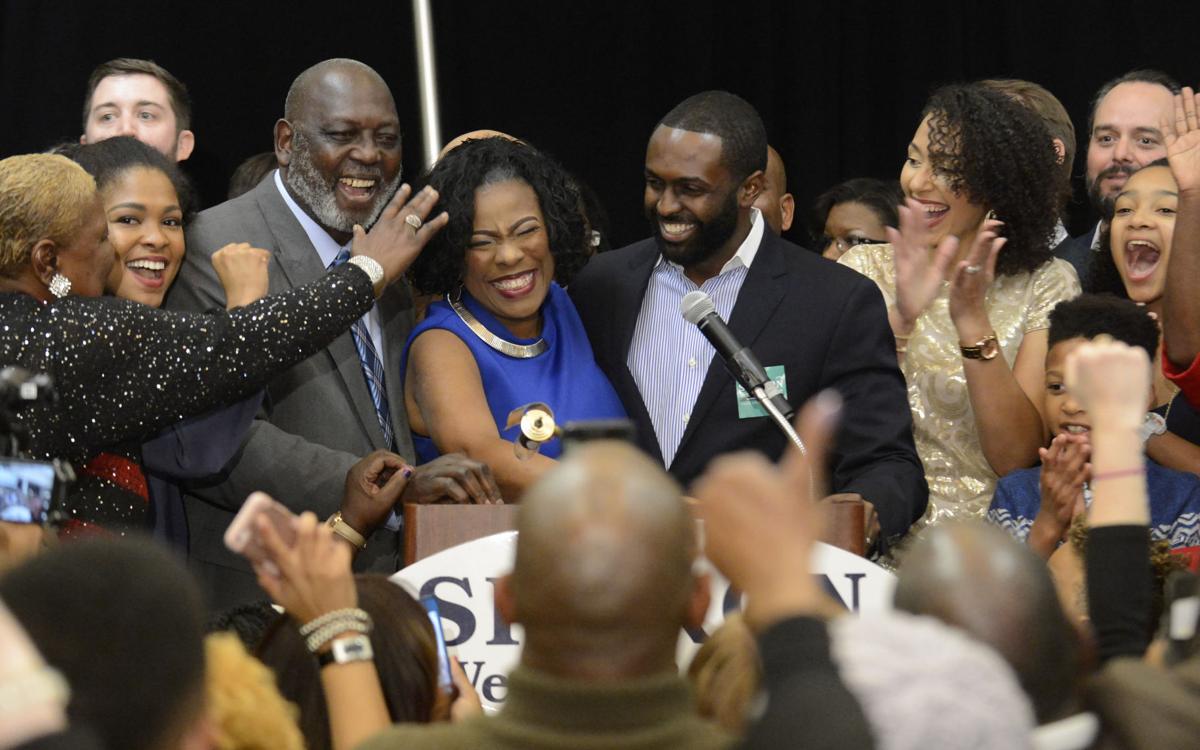 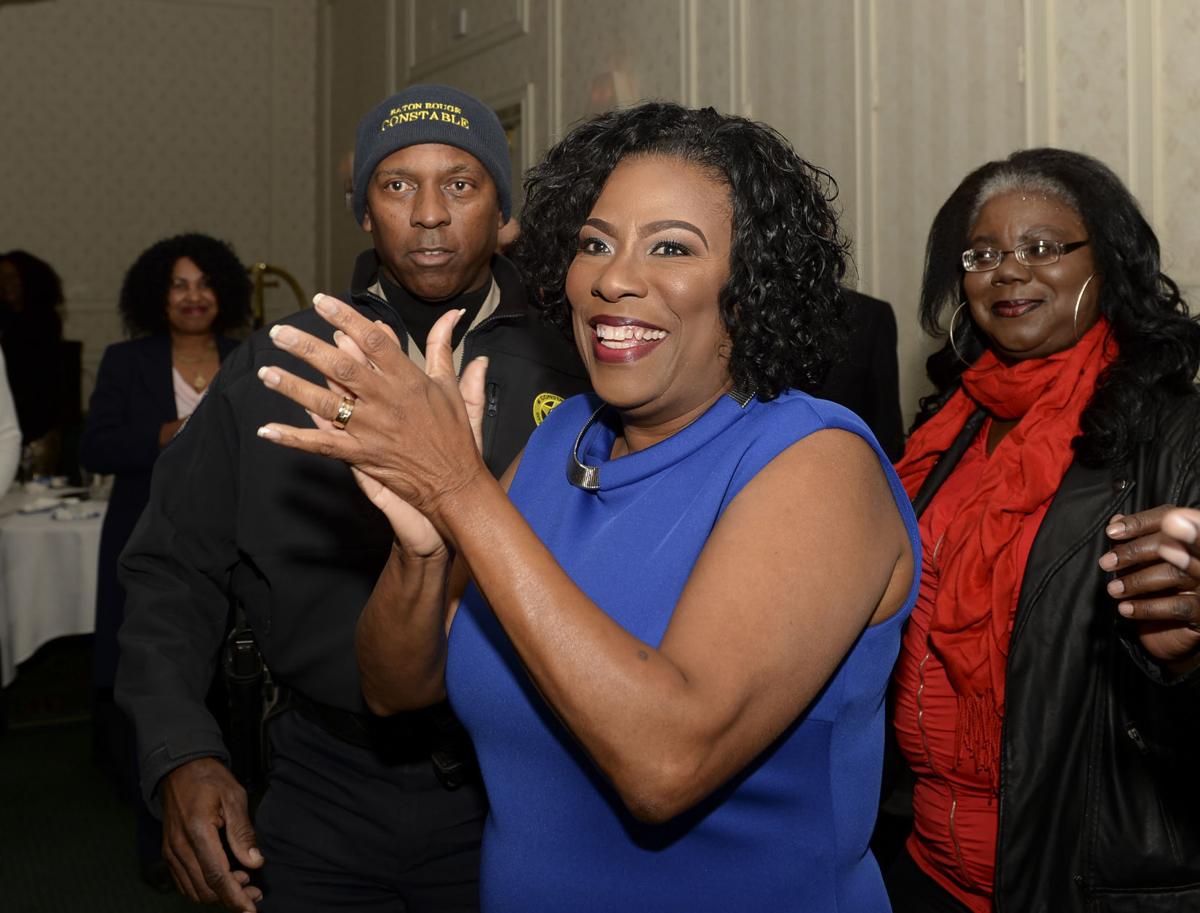 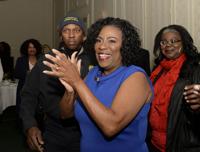 Longtime political leader Sharon Weston Broome's nearly two years on the campaign trail paid off Saturday as she was elected East Baton Rouge Parish's next mayor-president, becoming the first woman selected by voters for the office.

The former state senator's win over Republican state Sen. Bodi White gives East Baton Rouge Parish its fourth term in a row with a Democrat at the helm. It was a close race, with the two candidates neck and neck as the returns rolled in Saturday night.

Throughout the campaign, Broome tried to sell voters on the idea of a unified parish where a neglected north Baton Rouge would be no longer ignored. She also emphasized healing and rebuilding after Baton Rouge's tumultuous summer of shootings, protests and floods.

"Tonight Baton Rouge made a statement, a statement that we are a city of inclusion," Broome said before the crowd of supporters at the Marriott hotel. "That we are a place of hope and optimism. A place where little boys and little girls of all walks of life know that they can grow up and lead a city no matter what their color or gender."

She also referenced the recent months of turmoil in the parish, promising that the community will rise from "the ashes of the past six months, and write a new chapter in our history."

Broome, 60, vowed to be a champion for children and college students as well as the underpaid and overlooked — people working long hours in low-wage positions to make ends meet or struggling with mental health concerns.

As she had stressed in her campaign, Broome promised to represent Baton Rouge from Scotlandville to Southdowns. She listed neighborhoods across the parish which she plans to serve to a crescendo of cheering from the crowd.

It had been touch and go throughout the night as results trickled in. Early numbers put White ahead, but Broome surged as later precincts reported their numbers, and the band broke out a rendition of "Celebration" when 91 percent of the precincts gave Broome the edge.

She thanked White for his willingness to serve the parish and said she would work with him as he serves out his term in the state Senate.

Outgoing three-term Mayor-President Kip Holden's term expires at the end of 2016, and Broome is expected to be sworn in soon afterward.

More than 100 supporters for White mingled in the new, downtown Watermark hotel throughout the evening. The crowd fell silent once it became apparent Broome won, but showered White with applause as he took the microphone.

White said he called to congratulate Broome before he addressed his supporters.

He said he did not regret any part of his campaign, and that the core issues he ran on — traffic, education and crime — still need to be addressed. He congratulated Broome several times in his speech.

"I told her we're all rooting for her success," he said. "I offered to help her in any way I can. I love this city and I love this parish."

After the crowded mayoral primary, which had to fight for attention with the U.S. Senate and presidential races, the runoff between Broome and White grew into a more heated battle.

Broome painted White throughout the campaign as a divisive leader. She frequently brought up his unsuccessful push to carve a new school district for the southeast part of the parish out of the public school system, a movement that eventually grew into the unsuccessful quest to create a new city called St. George.

Broome insisted that Baton Rouge was better off as one entity, though White also said he would not want any new cities if he were elected as mayor-president. Throughout the campaign, he argued that he was the best candidate to address criticisms from those residents.

White criticized Broome's record by arguing that during her tenure at the Legislature her north Baton Rouge district continued to see high levels of poverty and crime.

In the Legislature, Broome focused her career on bills related to children and families, giving subsidies to struggling grandparents thrust into raising their grandchildren and making it easier for domestic violence victims to break leases to escape abusers.

A flood victim herself, Broome ran television ads showing her gutted home and promised to help the owners of tens of thousands of flooded homes rebound "stronger than ever." She also vowed to replace Baton Rouge Police Department Chief Carl Dabadie and to hire a chief who would restore trust between BRPD and citizens in the city's most heavily policed neighborhoods.

During the campaign, Broome emphasized her plans to revamp the Police Department, starting with a blueprint laid out in President Barack Obama's Task Force for 21st-Century Policing, which includes suggestions from expanded training, improving the department's technology and alternatives to arrest.

White out-fundraised Broome on a large scale, amassing twice as much money as her over the course of the campaign, with more than $1 million raised on his behalf. He had eight times as much cash on hand as Broome during the final stretch of the runoff, and he had the backing of the lucrative Citizens for a Better Baton Rouge political action committee and other groups, including Friends of Louisiana Real Estate.

After early voting results came in on Dec. 5, pollsters again said that higher-than-expected black early voting turnout could help Broome on her path to victory.

But the race remained a toss-up for many analysts until results came in Saturday night, as White expected his constituents from Central, Zachary and southeast Baton Rouge to show up en masse on election day. President-elect Donald Trump also visited Baton Rouge on Friday to campaign for the Republicans running in Saturday's runoff.

The Red Stick has turned blue.

From faith to inauguration, here's how Sharon Weston Broome will take office in Baton Rouge

Mayor-President-Elect Sharon Weston Broome's campaign team has announced plans for inauguration events on Jan. 1 and 2 as she prepares to take…

Mack “Bodi” White looked like he would once again draw no opponents in his reelection bid for senator for Louisiana District 6. Rufus Craig, h…