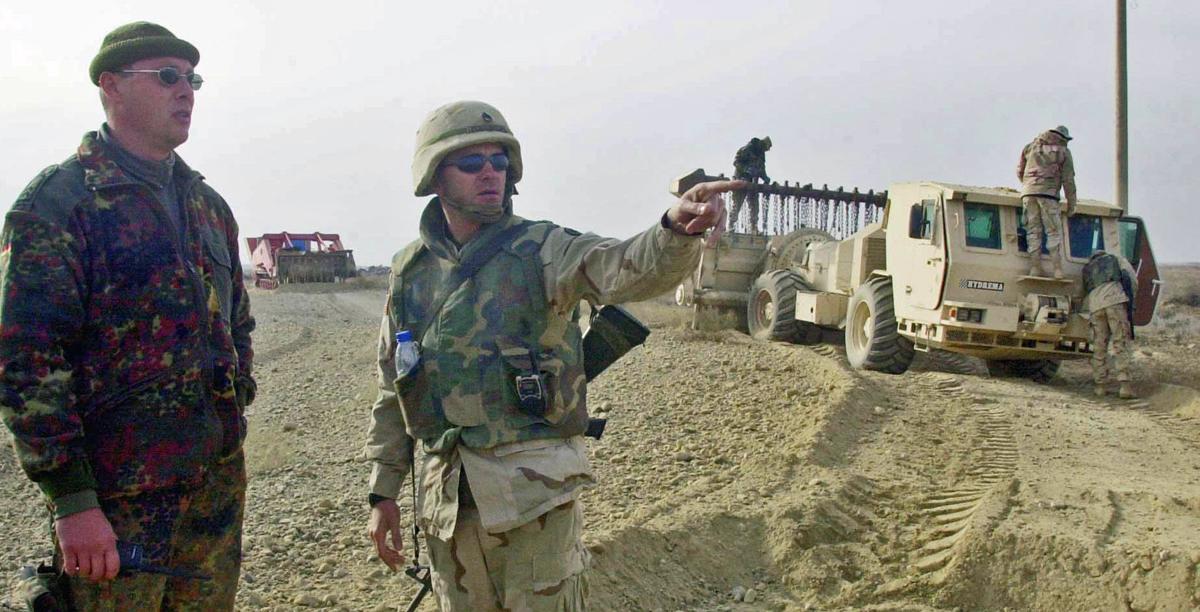 Sgt. Mike McNaughton, right, is shown serving in Afghanistan in 2003 before a land mine explosion cost him his right leg and two fingers of his right hand. 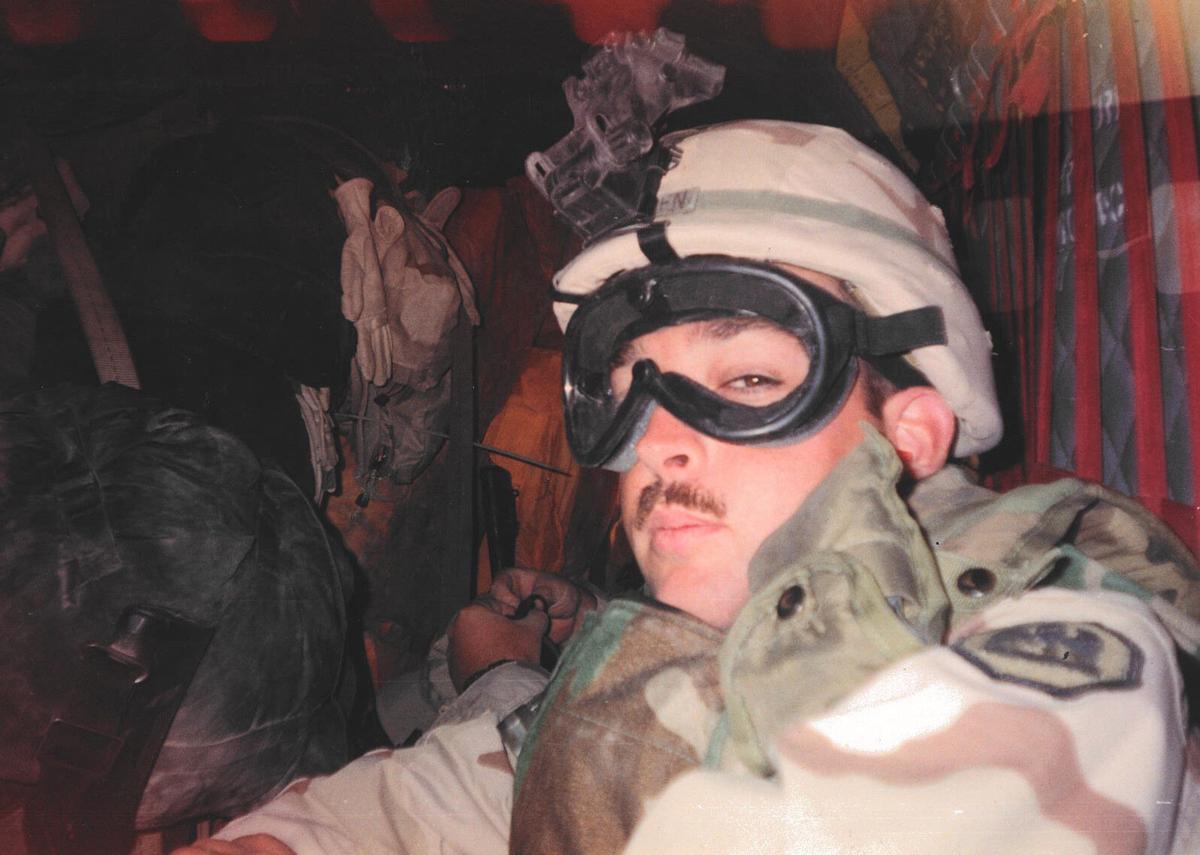 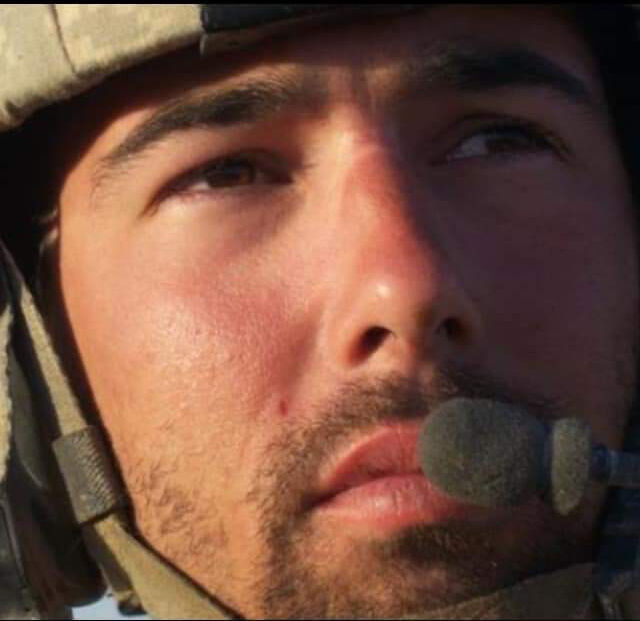 Sgt. 1st Class John Michael Hennen of Vinton was the first member of the Louisiana National Guard to die in the war in Afghanistan, leaving behind a young son. ORG XMIT: -O9xpLBLq8tcRw-6dM4b 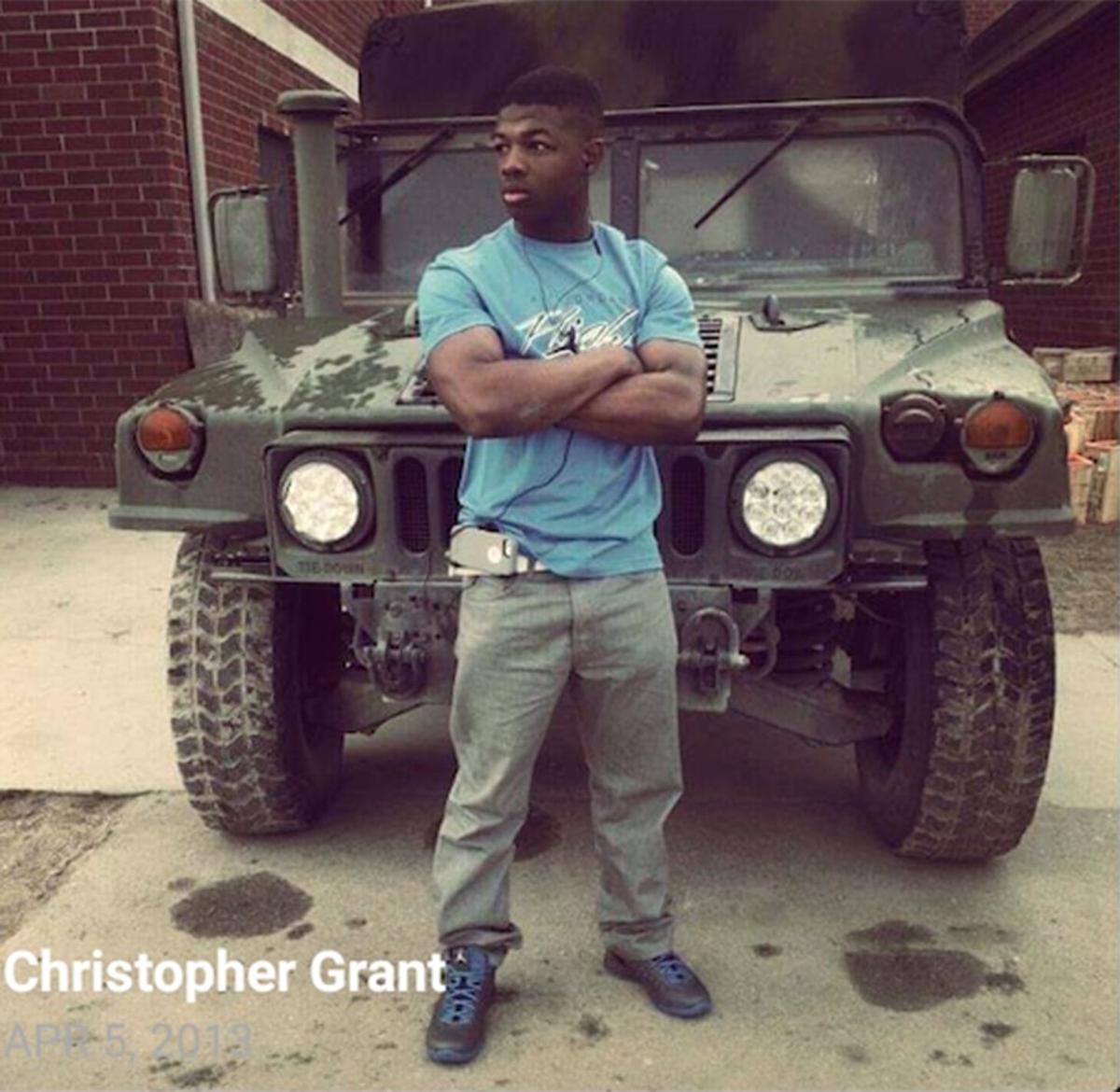 Marine Lance Corporal Christopher O'Bryan Grant of Richwood died in October 2013, while on a combat mission in Helmand Province, Afghanistan, one of 31 Louisiana natives to die in the war.

Jared Nolen deployed to Afghanistan after the 9/11 terrorist attacks with a sense of purpose.

A generation later, as the U.S. withdraws from what's become its longest war, the retired Louisiana National Guardsman and commander of the Veterans of Foreign Wars Post 3693 in Gonzales said it's hard to know how to feel.

"No doubt it's long overdue for the soldiers to come home from Afghanistan," said Nolen, 47, who in 2002 was stationed in Kandahar as a staff sergeant with the National Guard's Company C, 769th Engineer Battalion. "I don't know if what we set out to accomplish has been accomplished though. I'm kind of torn."

In Afghanistan, he said, he saw people who wanted a better life.

News that the 20th anniversary of the war would mark the end of U.S. involvement inspired mixed reactions and deep introspection among Louisiana's veterans and their loved ones.

President Joe Biden initially set Sept. 11 as the deadline, a reminder of why American troops went to Afghanistan in the first place. A few weeks ago, he said the end would come even sooner: Aug. 31.

Retired Lt. Col. Markus Lueder, 56, who led the Louisiana National Guard's 415th Military Intelligence Battalion in Afghanistan before retiring in 2013, worries about those who might suffer after the U.S. leaves. Like, for example, the thousands of Afghans whose work with American troops as translators, fixers and drivers now puts them and their families in danger.

Throughout history, soldiers have often brought the trials of war back home.

"Hopefully," Lueder said, "Afghanistan can figure out a way to be at peace with itself."

Because after 20 years, he said Americans, too, need to move on.

"I think at one point or another we have to exit," Lueder said. "Some families here have endured great losses."

A decade of grueling counterinsurgency passed before U.S. Special Forces caught up to al-Qaeda founder Osama bin Laden — who was hiding in Pakistan when he was killed in 2011.

Even then, the war marched on.

In December 2014, President Barack Obama announced plans to withdraw most U.S. troops by 2016 and limit American military presence to training Afghan police and security forces and fighting "the remnants of al-Qaeda."

President Donald Trump reversed course in 2017 with an Afghanistan policy that called for open-ended military commitment to avoid leaving "a vacuum for terrorists." A few years later, the Trump administration agreed to withdraw troops if the Taliban cut ties with al-Qaeda and stopped attacking U.S. soldiers.

In the month leading up to that date, Biden said he'd need a little more time. Now, it appears the troops — all but a few hundred to guard the airport, U.S. Embassy and diplomats in Kabul — will come home by the end of August.

Once he chose to end the war, Biden said, his generals advised a swift exit. "The mission is accomplished in that we got Osama bin Laden," he told reporters earlier this month, "and that terrorism is not emanating from that part of the world."

Though the DOD doesn't break those deaths down by state, researchers at icasualties.org say 31 of them hailed from Louisiana.

Of those, 17 died from roadside bombs.

Fallen, but not forgotten

John Michael Hennen was a junior at Vinton High School when he joined the Louisiana National Guard, which assigned him to the Lake Charles-based 3rd Battalion, 156th Infantry Regiment.

After graduating, he went on to serve the guard in Iraq. And in May 2007, he volunteered for a second tour of duty, this time with a mission to train the Afghan army and police forces.

Not a month later, on June 14, 2007, Sgt. 1st Class Hennen became the first Louisiana National Guardsman to die in Operation Enduring Freedom when his vehicle struck a roadside bomb in Panjway. Two other U.S. soldiers died in the same blast.

Hennen was 26. He left behind a young son, a tight-knit family and cherished memories.

Kathy LeJeune, one of his sisters, remembers her brother as "an all-around good guy" who wanted "to make people laugh and smile." He was also determined, and generous.

"He worked for everything he had," LeJeune said, "and would give you the shirt off his back."

Another sister, Ashley Fancher, remembers how Hennen, before he left, asked what she wanted when he came home.

"I told him a truck," she recounted. "He said he would do one better and pay for me to finish college. He wanted to go to college also and had asked me to get his transcripts from our high school."

After she got the call about her brother's death and learned his funeral would take place on June 25, 2007, her 21st birthday, she resolved to get a truck and go back to college.

"Obviously, it was important to him for me to finish," said Fancher, who's now a school counselor with a master's degree.

If only he survived to see it.

"It’s been 14 years," Fancher said, "and nothing about time has healed the void he left."

But his legacy persists.

Christopher O'Bryan Grant, too, came from a military family — one that's mourned his loss for eight years since a makeshift bomb made him another wartime casualty.

After graduating from Richwood High School near Monroe, he continued the Grant tradition by joining the Marines, his mother LaShonda Grant said. Her own stepfather was a Marine, she said, and two of her son's uncles joined the military — one remains in the Marines and another retired from the Army.

"It was in the family," LaShonda Grant said.

Still, she wasn't too thrilled when Christopher Grant — a gifted athlete, Junior ROTC leader and the eldest of her eight children — announced his military aspirations.

"I wasn't fond of it," she admitted, "but it was his decision, so I supported it."

The war in Afghanistan was already a decade underway when Christopher Grant joined the II Marine Expeditionary Force. On Oct. 20, 2013, while on a combat mission in southern Afghanistan's Helmand Province, Marine Lance Corporal Christopher O'Bryan Grant died from wounds inflicted by an improvised explosive device. He was 20 years old.

In the years since, his mom said, "the heaviness comes and goes."

"But I can't do anything but smile now," she said, "because that's what he'd want me to do."

And she learned to accept his fate, she added, "because it's what he wanted to do."

At least now there's an end in sight for the troops who remain.

For Baton Rouge native Mike McNaughton, the longest war was the one waged in service of other veterans when he came back.

An Army veteran, he left retirement after 9/11 to serve as a staff sergeant with the Louisiana National Guard's 927th Engineer Co., 769th Engineer Battalion. The company's mission: to find roadside bombs and safely detonate them with armored bulldozers.

McNaughton led mine-clearing ops in northern Afghanistan until Jan. 9, 2003, when he stepped on one. The blast took his lower right leg and two fingers from his right hand.

In the 18 years since, he's walked, run and biked with a prosthetic limb. He said he harbors no regrets and feels honored to have met presidents and generals who thanked him for his sacrifice.

"I just felt everything was meant to be," McNaughton, 49, said. "I wouldn't change anything for the world."

But the war marked more than just his body. It left in him a deep-seated conviction to help soldiers transition back to civilian life.

When McNaughton returned, he found new battles to fight working with a growing population of homeless veterans through Volunteers of America Greater Baton Rouge.

As an outreach specialist for the nonprofit, he said, he's grateful to get to "help people with traumatic injuries."

When a land mine took Sgt. Mike McNaughton's right leg in Afghanistan, the explosion was still ringing in his ears as he warned fellow soldier…

Yet he's conflicted about the U.S. pullout from Afghanistan.

"I think we should always have someone there," he said, "because I believe it was the right thing to go there."

Sgt. Mike McNaughton, right, served in Afghanistan in 2003 where a land mine explosion cost him his right leg and two fingers of his right han…