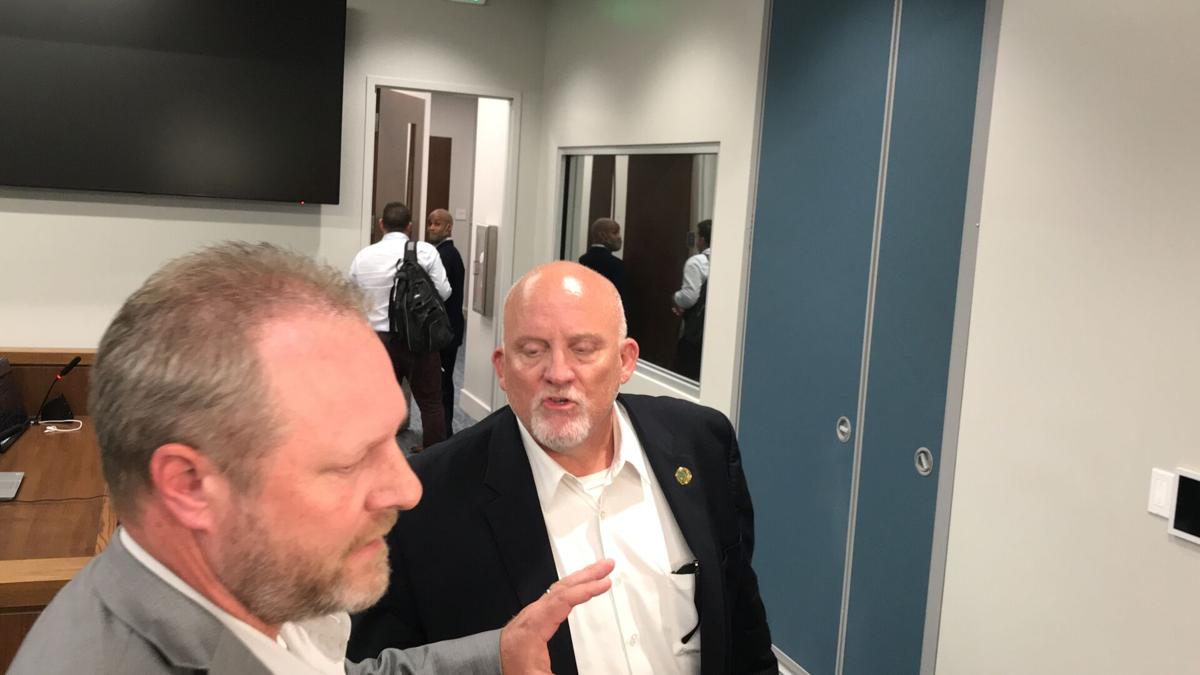 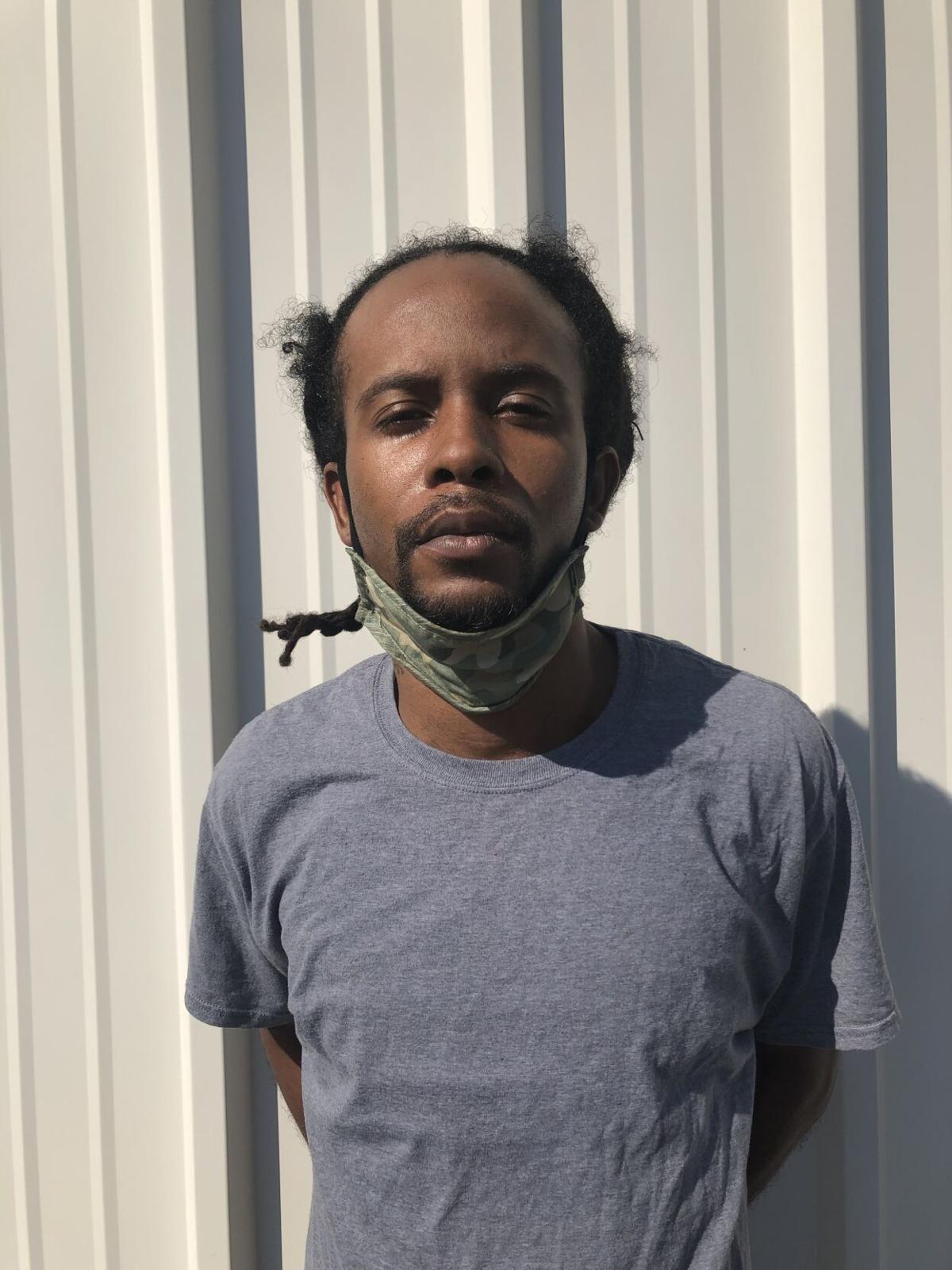 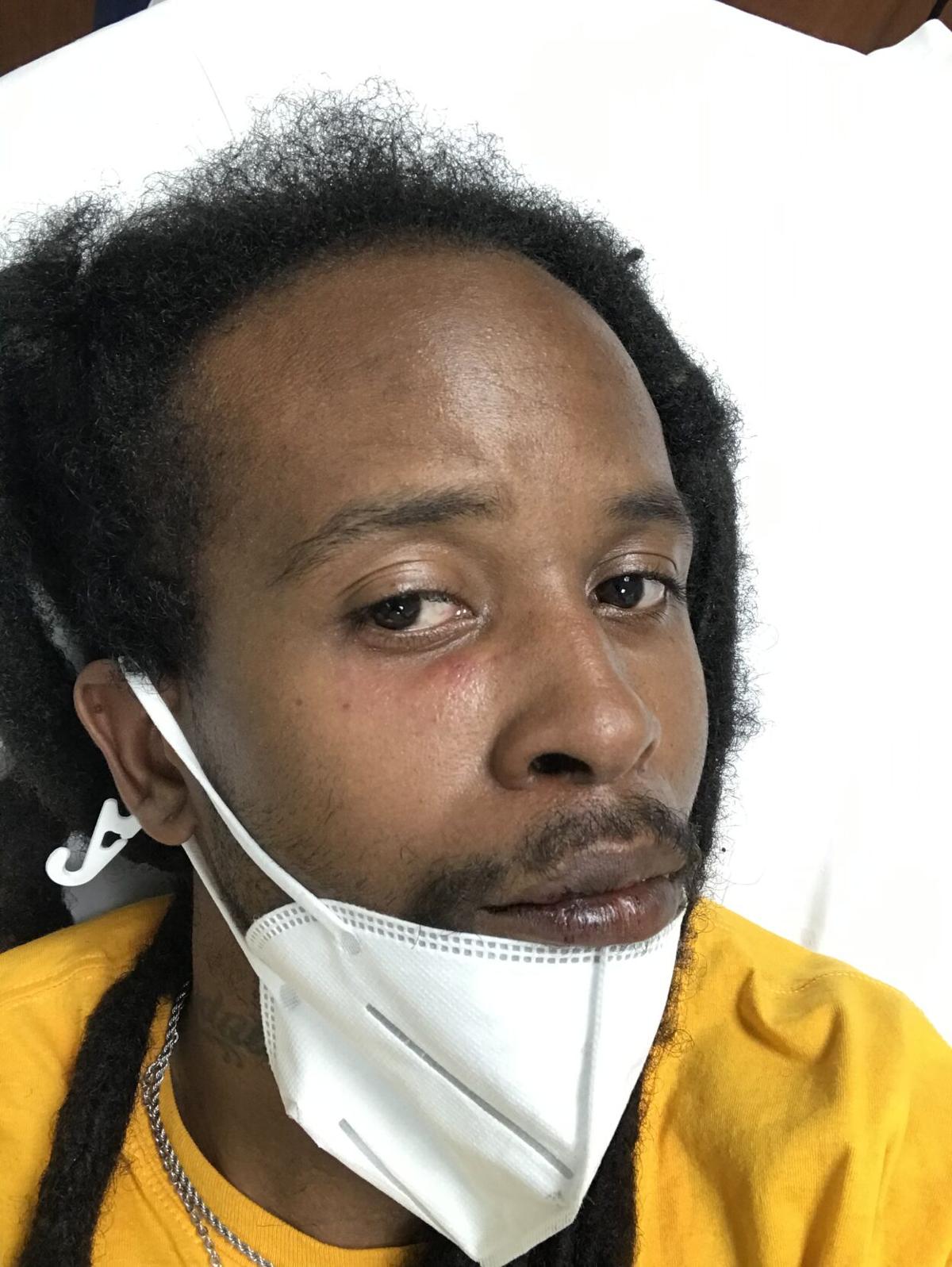 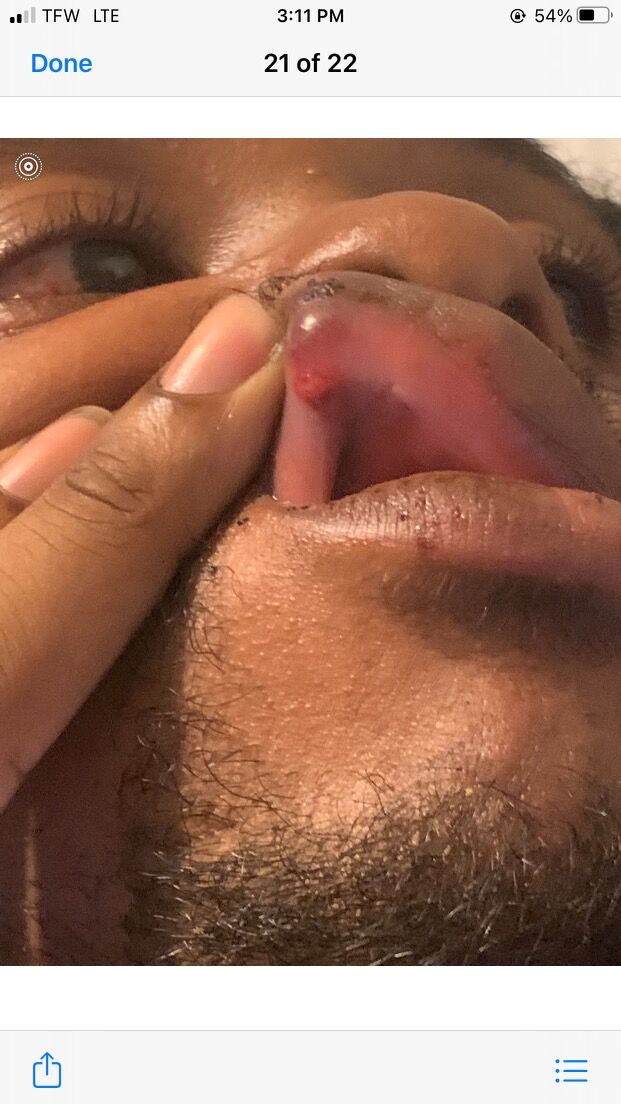 Roydall Lumar paints a dramatic scene of what led to a fight about a week ago in the office of his former attorney, Ascension Parish Councilman Corey Orgeron, a fight that left the 28-year-old from Convent with a busted lip and swelling on his face.

Orgeron, who has been under fire over his behavior in council meetings and with other councilmen, presents a much different take, that he in fact was the victim. With law enforcement offering little detail, it's hard to say whose man's account is more accurate.

According to Lumar, Orgeron, 56, ripped up a $5,000 check right in Lumar's face, a check the councilman had had waiting for him around mid-day Oct. 15. Orgeron denies ripping up the check.

That alleged angry outburst, Lumar claims, led to a physical altercation that ended up with the burly first-term councilman on top of the wiry truck driver on Orgeron's office couch. Orgeron had his knee in Lumar's chest, was pulling the man's dreadlocks and punching him in the face, Lumar alleges.

"He had pure hatred in his face and his eyes," he added.

Critics of Orgeron, who is facing an election recall, have seized on the Oct. 15 incident as yet another example of the kind of provocative and combustible behavior that led his fellow council members to censure him Thursday for violating the council's code of conduct.

But, as Orgeron tells it, Lumar was the aggressor and Orgeron's actions were self-defense.

Orgeron claims he was briefly overtaken and beaten by an unexpectedly belligerent client but later got on top of the man to bring him under control and never punched him. The councilman says he was left with bruises about his body and head along with lingering anxieties that unexpectedly manifested themselves at a subsequent council meeting.

The council censure revolved around his outbursts during a public drainage meeting on Monday, three days after the fight.

"I should have not gone to the meeting. ... I didn't feel like I was in a bad state that afternoon. I felt like I was OK, but apparently I wasn't," Orgeron said in an interview Friday.

With each man portraying the other as the aggressor, Ascension sheriff's deputies cited both men with single counts of simple battery and released the men with misdemeanor summonses, records show.

Aside from a brief media statement Thursday saying both men had given conflicting accounts about what happened and had blamed each other, sheriff's deputies have provided no further information about what they have determined happened in Orgeron's office.

A sheriff's report obtained Friday through a public records request offers no details about what deputies learned. The report narrative offers only one sentence, saying that the responding deputy was dispatched to Orgeron's office off Post Office Road "in reference to a Disturbance."

The rest of the page is blank.

In response to records requests, the department typically does not provide follow-up investigative reports, where narrative accounts are contained. Donovan Jackson, sheriff's spokesman, declined to share details of those reports Friday to see what the men had told deputies at the time.

Orgeron had been handling Lumar's worker's compensation case in St. Tammany Parish, both men said. Lumar was hit by a vehicle on a delivery job where he suffered back and neck injuries, a suit claims. Lumar has since retained a new attorney.

Orgeron had agreed to help Lumar take out a loan against any future settlement he might receive from the case to help him recover from Hurricane Ida, the men agreed.

Orgeron said he had a check prepared for Lumar but said he refused to hand it over after Lumar essentially fired him as his attorney in his office. The men had disagreed about where his case should be tried and how well Orgeron was representing Lumar's interests.

Orgeron, who had to cosign for the check, said he didn't want to risk being responsible for paying off a $5,000 loan cashed by a person who was no longer his client.

When told no, Orgeron claims, Lumar slammed his hand on Orgeron's desk and said he would not leave the office.

Lumar sucker-punched him, Orgeron alleges, and Orgeron tripped and hit the floor were Lumar kicked and beat him about the torso and head.

Orgeron said never ripped up the check. He also said he only got on top of Lumar on the couch, pulling his dreadlocks to calm him down and control him, after Lumar had been kicking and punching him on the floor.

Orgeron said he did put his knee on Lumar and did give Lumar his forearm twice across the nose but never hit him with a closed fist.

During the Monday drainage meeting that sparked Orgeron's censure, the councilman insulted members of the public who were criticizing him personally and aggressively confronted another councilman, Joel Robert, after Robert had told him to "shut up" and slammed his hand on the table.

Orgeron said he immediately connected Robert's actions to what what had happened to him at law office on Friday, Oct. 15.

"I said, 'This is what happened to me on Friday,' and when Joel slammed his hand on the desk and told me to 'Shut up,' I was not going to let him do to me what happened on Friday," Orgeron said.

Robert never left his seat as deputies quickly moved in to control the situation.

Orgeron said he is having a hard time admitting to himself that someone got the better of him physically.

He has apologized to the council for the incident.

In an interview, Lumar disputes that he ever kicked Orgeron on the ground and claims Orgeron punched him several times.

Lumar said a sheriff's deputy told him that Orgeron told him there was no check in existence. As evidence, Lumar showed a video he took inside his own car which he said documents his interaction with the deputy soon after the Oct. 15 incident.

In the video, a man who appears to be the deputy says that Orgeron told him that "he didn't have (the check) in there." When Lumar immediately disputes what Orgeron said, the deputy responds, "I can't go like searching through all his stuff."

Both men both said they called 911 for assistance; Jackson, the sheriff's spokesman, he said he didn't know who made the call.