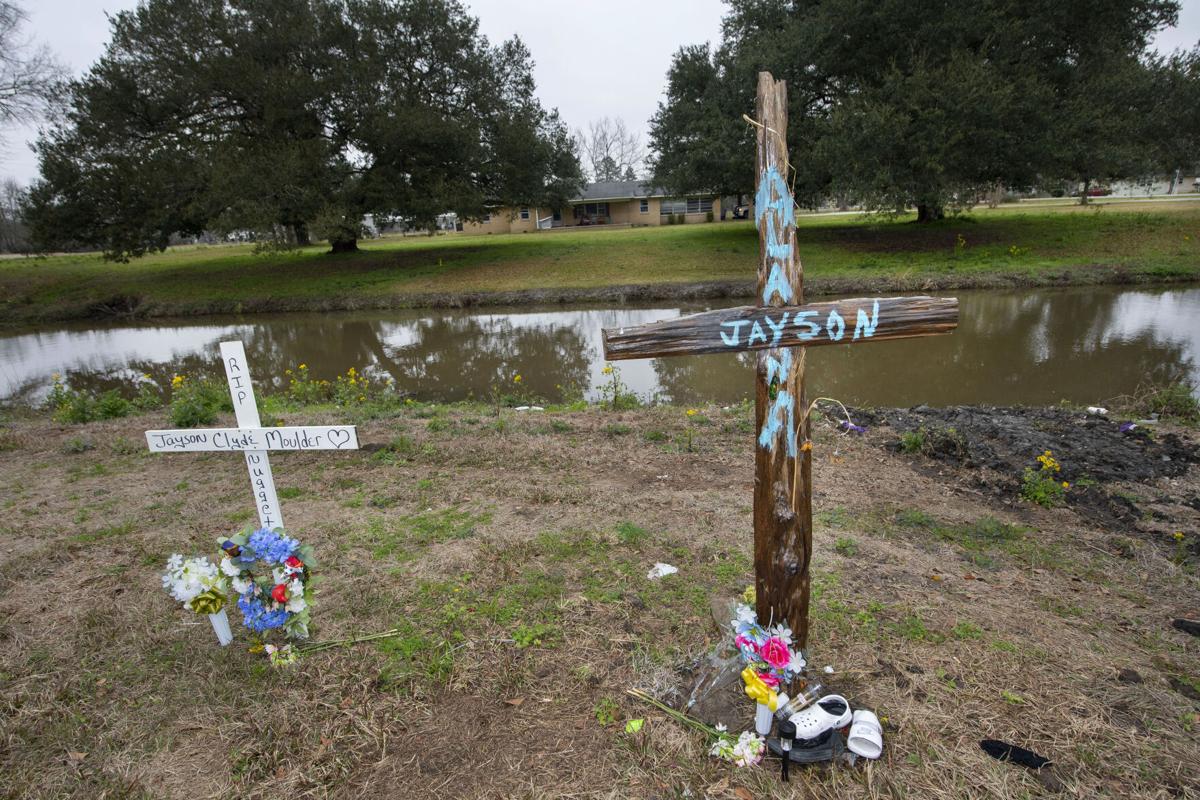 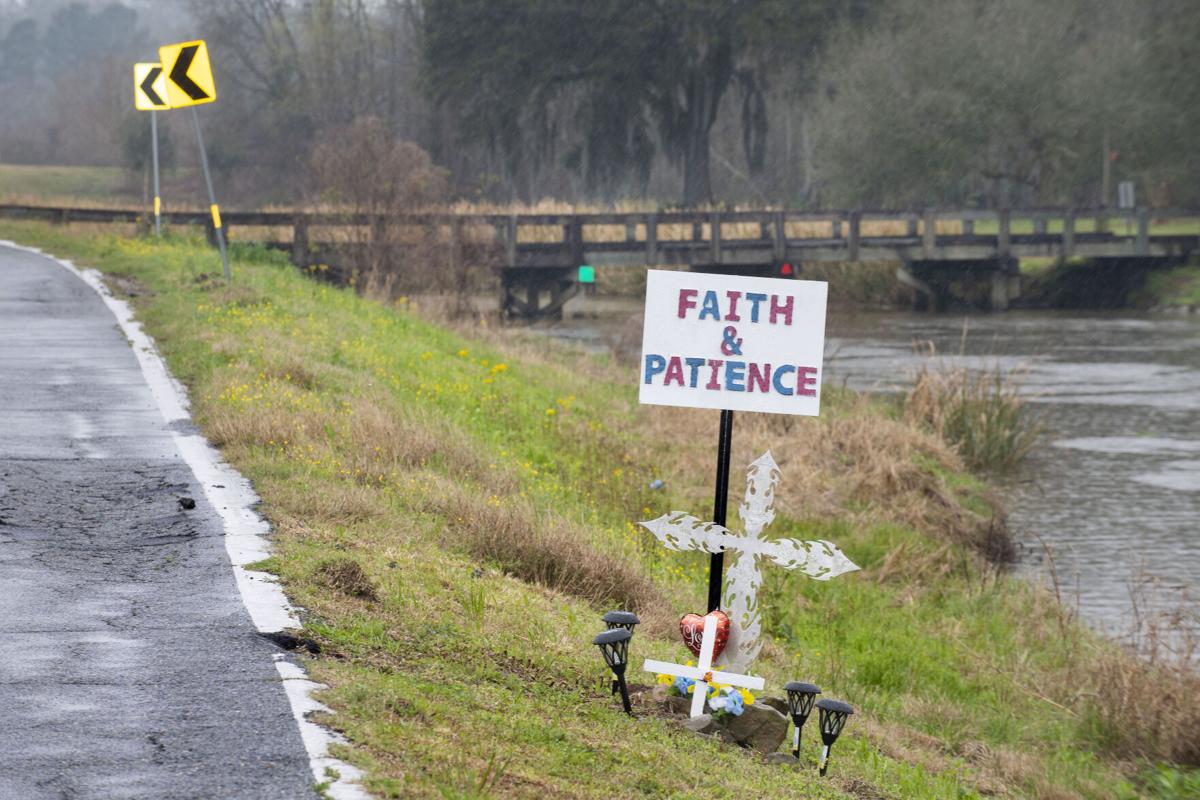 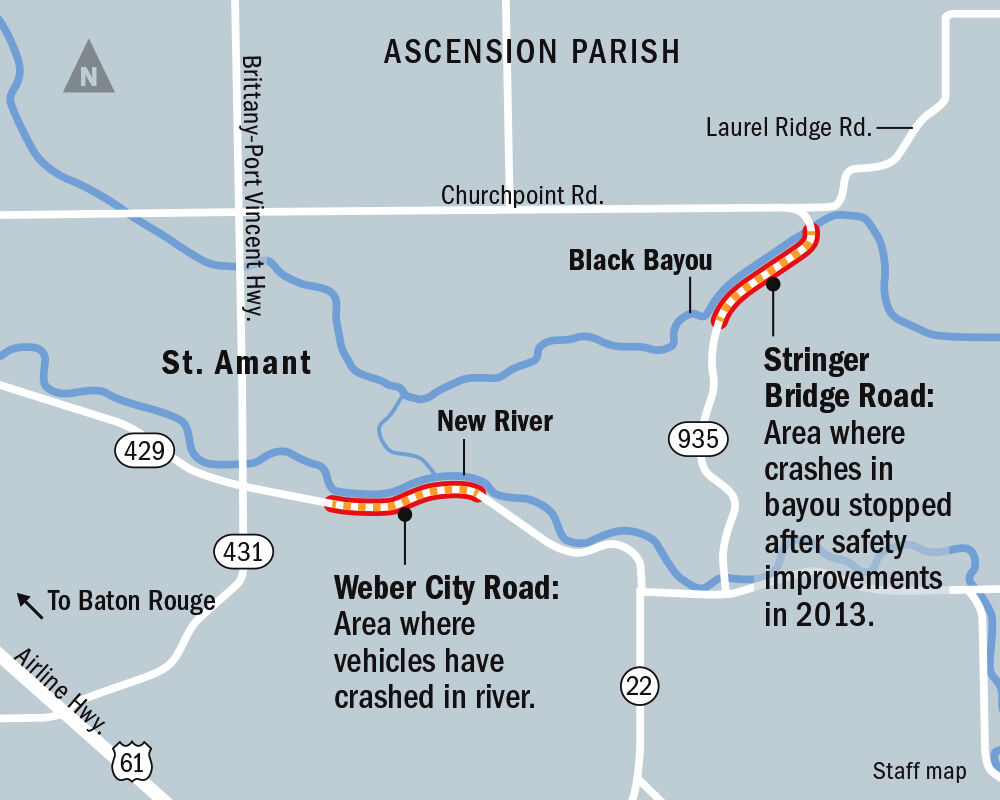 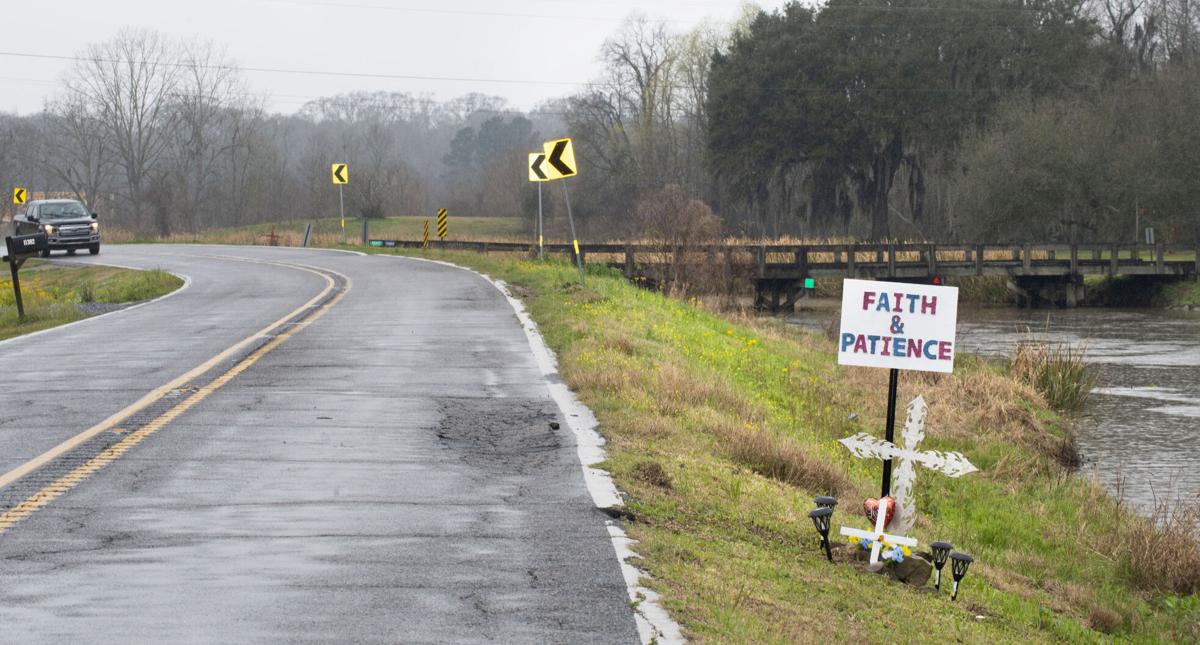 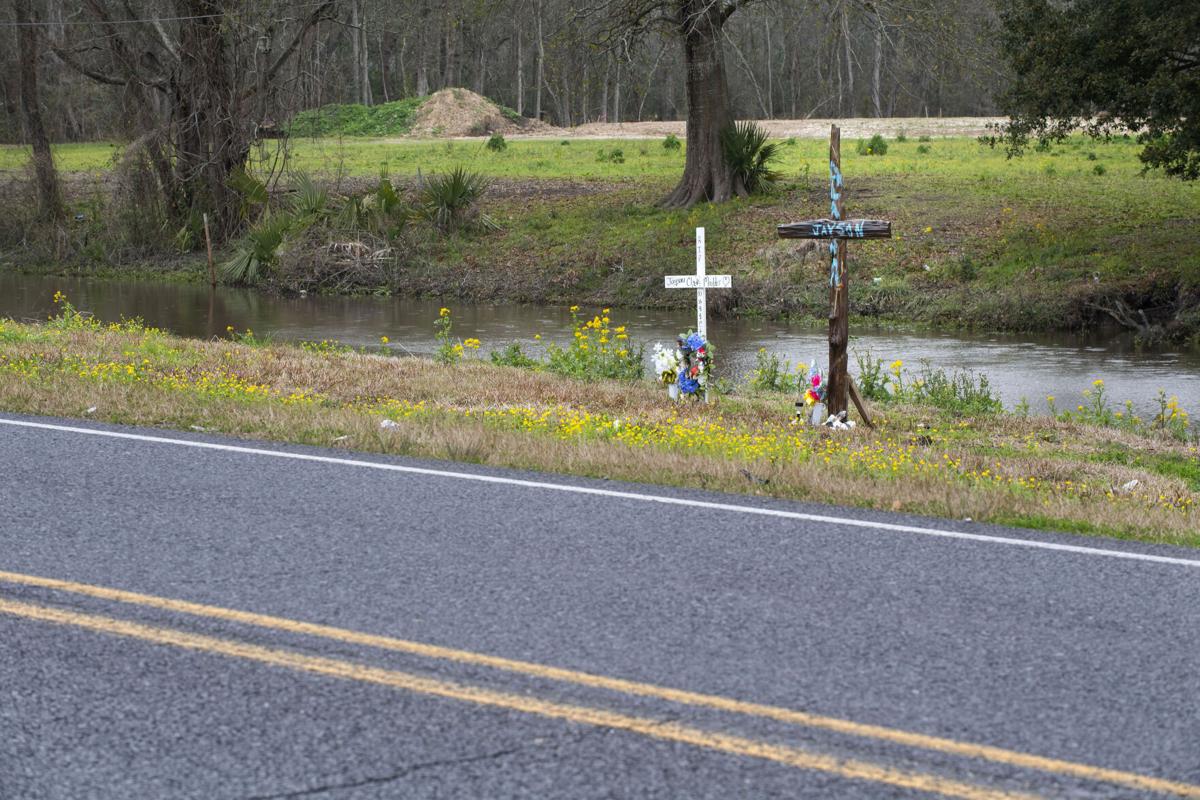 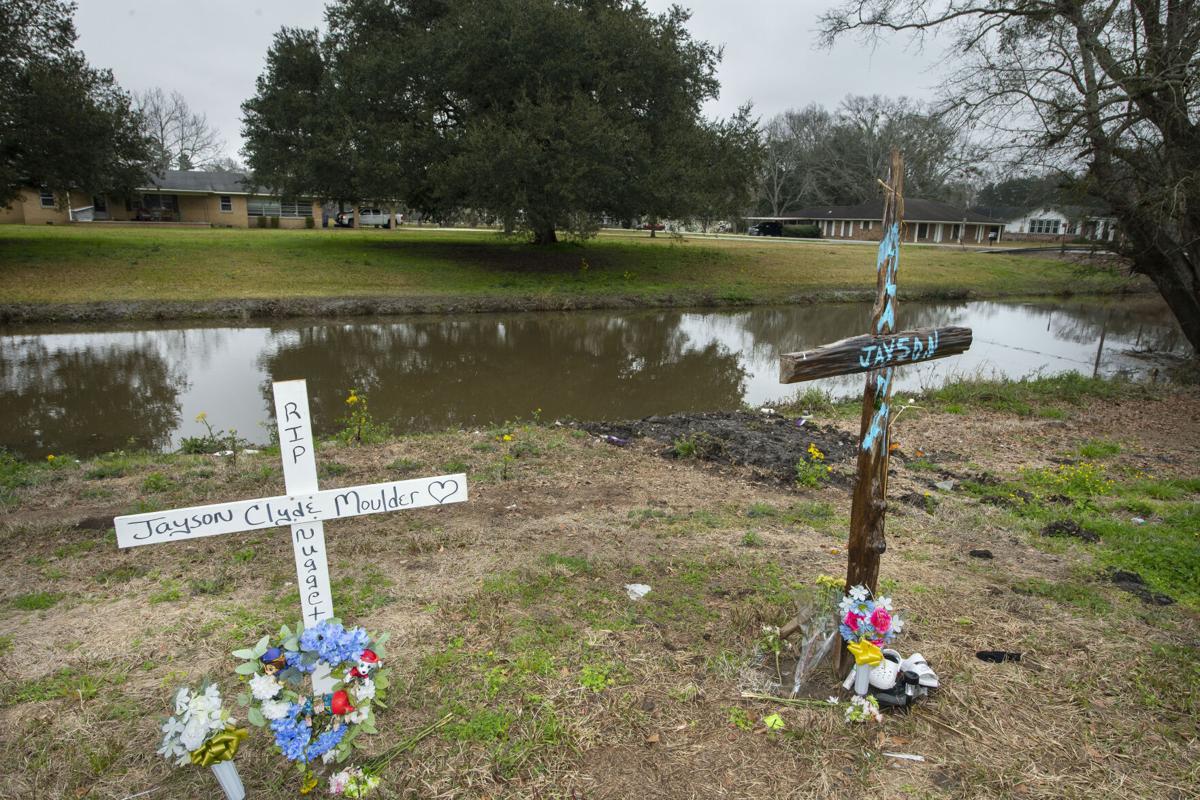 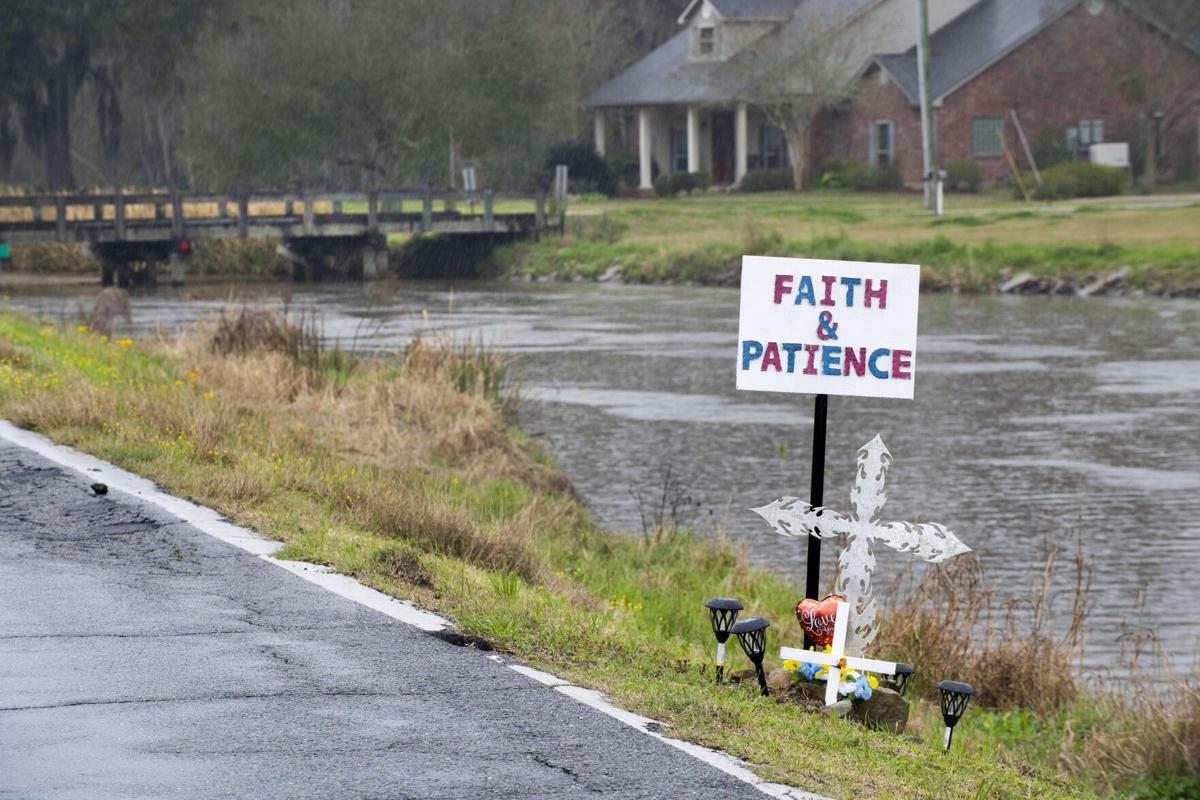 ST. AMANT — In the past nine years, six people have died because a car or truck drove off the road and into a bayou in and around this eastern Ascension Parish community, local officials say.

In the same period, five others were pulled to safety following other accidents when their vehicle went into the water in St. Amant.

Fire Chief James LeBlanc said all of those crashes have happened along two, poorly lit and curvy stretches of state highways in far southeastern Ascension: Stringer Bridge Road, or La. 935, and Weber City Road, or La. 429.

Ascension Parish government officials are revisiting a recurring question in a parish where many older and narrower state highway and local roads run along the bayous and canals crisscrossing the east bank.

Parish officials have again tentatively begun investigating the idea of putting up guardrails or other kinds of protective devices along dangerous stretches in St. Amant and perhaps elsewhere to prevent the kind of accident that claimed the lives of a mother and her son in the early morning hours of Jan. 27. They died after a daring rescue by a deputy.

"It seems to be, you know, something that happens a lot more, you know, than we care," Councilman Chase Melancon, who represents the St. Amant area, recently told other parish officials. "And I am glad we're at least having the conversation."

In the middle of the night, in a misty rain and fog, a deputy dove in a canal to punch out the window of a truck sinking in the water and pull…

These talks are in the early stages as parish officials said they are still trying to figure out what their options are, what problem areas are out there and what the long-term cost and legal liability of various fixes might be.

Guardrails, for instance, costs $25 per foot plus $2,500 end treatments for each section of rail, state highway officials said, in addition to any traffic control or construction mobilization costs.

The parish would have to petition state highway officials to install measures that come in addition to what is already along state highways in Ascension, parish officials said. Among the considerations Parish President Clint Cointment has said he wants to examine are long-term maintenance costs and legal liability for parish government.

But the imperative to act is fresh since a pickup truck went off Webre City Road on Jan. 27 into New River Canal, almost directly across the road from St. Amant Middle and St. Amant High's football stadium, known as The Pit.

The truck sank and, despite the heroics of local sheriff's deputies, firefighters and others to pull people free and apply life-saving measures, injuries eventually claimed the lives of the driver, Alayna Duncan, 24, and her 4-year-old, Jayson Moulder.

GONZALES — Sheriff's Deputy Daniel Haydel was just finishing his 12-hour patrol shift on the roads of Ascension Parish, was parked in his driv…

The cause of the crash remains under investigation, Trooper Taylor Scrantz, Troop A spokesman, said, but he has said previously that alcohol appeared to be a factor.

Another of Duncan's children and an adult passenger survived, State Police have said.

Not long after the crash, crosses went up to mark the spot where they hit the water, within sight of the football stadium. Duncan, a St. Amant native who worked as a restaurant manager in Gonzales, graduated from St. Amant High more than six years ago and was on the school's flag team, according to her obituary.

A little to the north, crosses and signs along Stringer Bridge Road still mark the places of two crashes into Black Bayou that claimed the lives of three around a decade ago, including two children.

In March 2008, the body of Jody P. Bourgeois, 19, of St. Amant, was found in his submerged car after he apparently went off in a curvy section of Stringer Bridge.

On another February night in 2012, a woman driving with four children in her car drove off Stringer Bridge into the bayou.

A bystander helped two of the children escape, but he and arriving firefighters were unable to free the woman's two daughters, ages 9 and 7.

The driver told troopers at the time that the children were fighting and “she took the curve too fast and lost control.”

A blood test later determined she had ingested a handful of prescription medications. Ascension prosecutors never ended up charging her, though, because they lacked enough blood evidence to prove she was impaired by those drugs, prosecutors said then.

GONZALES — Prosecutors have been unable to determine whether a mix of prescription drugs intoxicated a St. Amant woman and impaired her abilit…

The second crash prompted public and local political backlash and petition with a few thousand signatures that called for guardrails along the winding state highway, which has steep side slopes down to the bayou.

After state highway officials studied the options, their analysis of data between 2007 and 2009 found an elevated number of crashes that went off the road, a state Department of Transportation and Development report says.

But narrow Stringer Bridge doesn't have enough space for guardrails, the report found, and installing them could lead to other kinds of dangerous accidents.

Former Parish Councilman Randy Clouatre, who was part of the discussions on Stringer Bridge then, also recalled similar worries about the risks that new guardrails could pose along the highway.

The final fix wasn't barriers of any kind, but signs warning about Stringer Bridge's curves, including signs with flashing lights, a centerline rumble strip, reflective tape on signs and restriping the road edge.

LeBlanc, the St. Amant fire chief, said Stringer Bridge Road hasn't had a crash into Black Bayou since DOTD installed those protective measures in 2012 and 2014.

Jennifer Patton, 47, lives across New River from Weber City Road and was awakened by the Jan. 27 crash when her dogs started barking at the first responders who arrived later.

Patton said the Jan. 27 crash isn't the first time some went into the water by her house — she recalled another where the driver survived a few years ago — but she had doubts about what kind of barriers could be installed along Weber City.

The sloping bank dropping down to New River is used for parking for high school football games and other events at The Pit, she said.

"So it's loaded with people for everything they have, graduations, you name it," Patton said. "They don't have enough parking over there, so a lot of people park up and down these canals."

LeBlanc said that if the parish is going to examine the problem, other sites in the Sorrento area also deserve scrutiny, as well as the role of driver error in any of the crashes.