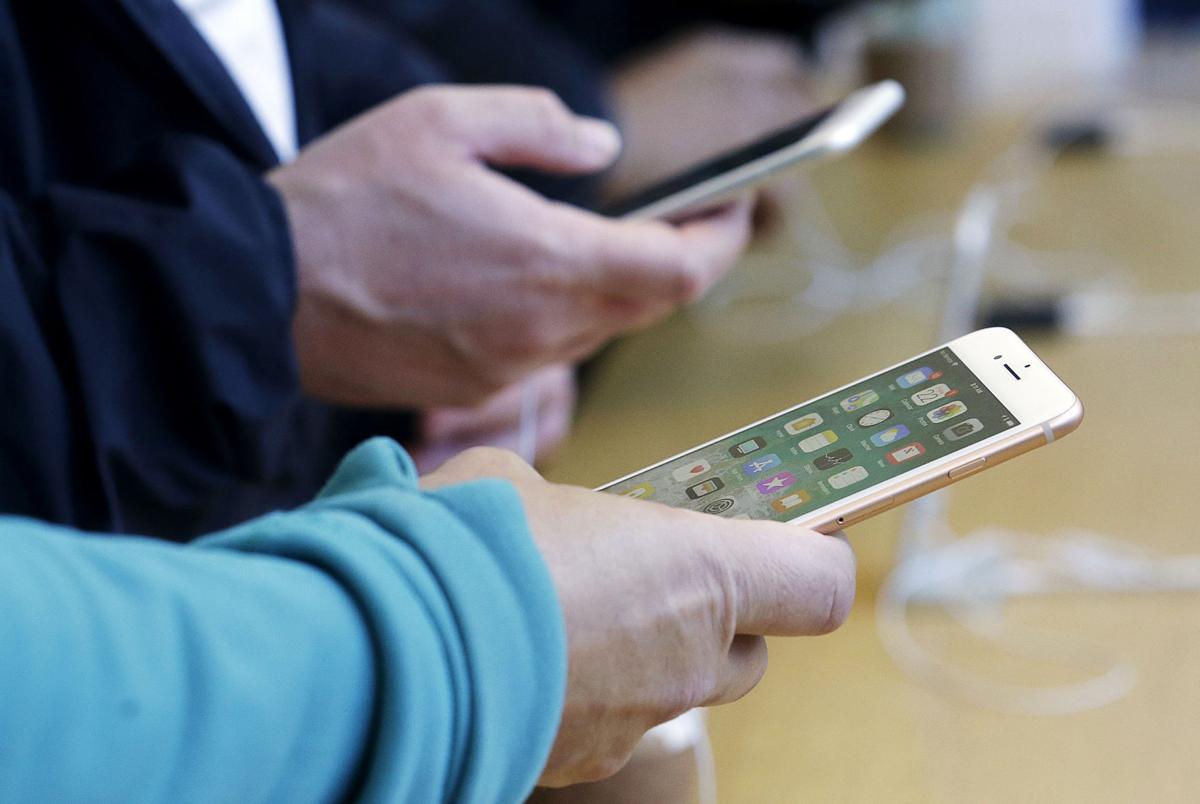 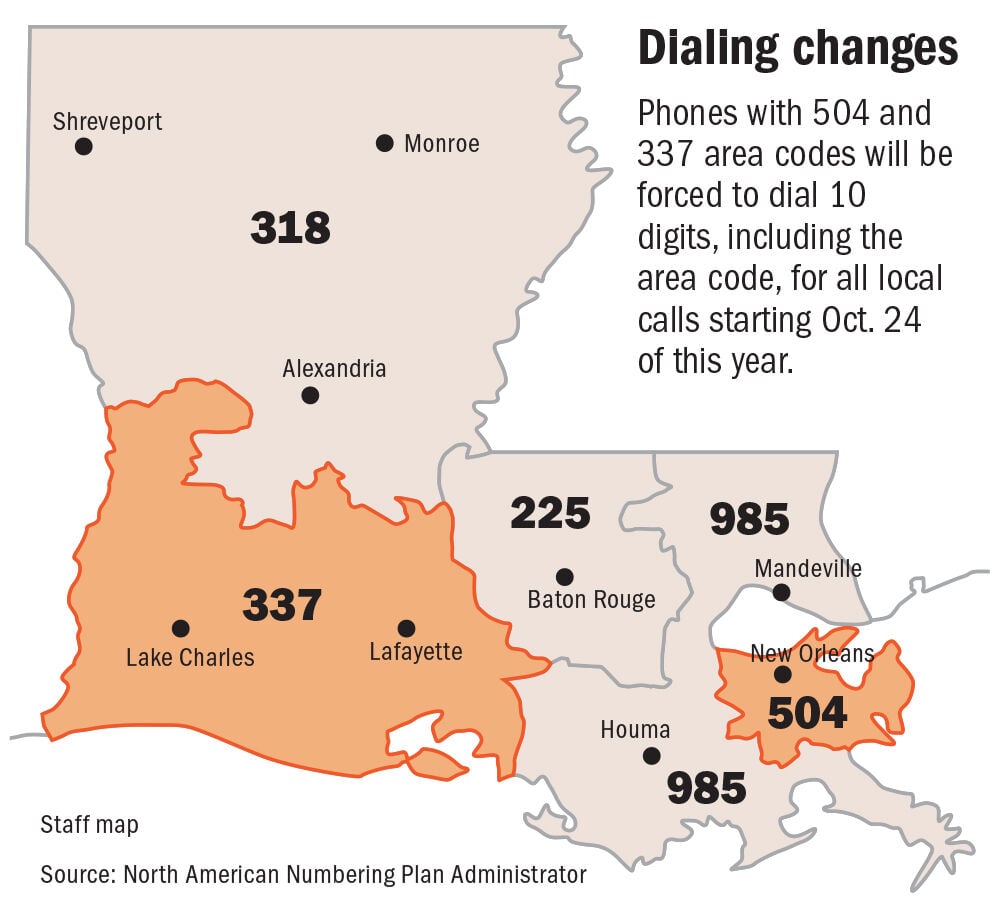 Telephone customers in Acadiana and the New Orleans area will have to start dialing 10 digits for local calls this year, but those in Baton Rouge and on the Northshore will still be able to dial seven numbers to reach a neighbor.

The change, prompted by an order from the Federal Communications Commission, clears the way for the National Suicide Prevention Lifeline to use 988 as its 3-digit number, much like 911 and 311.

Eighty-two area codes in 32 states that currently permit 7-digit local dialing and contain telephone numbers with 988 prefix, including New Orleans’ 504 area code and Acadiana’s 337 area code, will be required to begin 10-digit dialing for local calls by Oct. 24, according to a planning letter from the North American Numbering Plan Administrator. A six-month transition period opens April 24.

Local calls for Baton Rouge’s 225 area code will be unaffected, as will those in the 985 area code on the Northshore and Houma-Thibodaux area. Customers there can continue to use 7-digit dialing.

“The FCC ordered that any area code that has the 988 prefix assigned as telephone numbers and has seven-digit local dialing be transitioned to 10-digit ... local dialing to ensure everyone is able to reach the National Suicide Prevention Lifeline using the three-digit 988 code,” NANPA wrote.

The FCC implemented the order last year to "aid rapid access to suicide prevention and mental health support services." It established a two-year period to allow for "widespread network changes" and for the hotline to prepare for an expected increase in call volume, according to the FCC.

Calls to 988 will eventually route to the current suicide prevention hotline, 1-800-273-TALK, but area codes with the 988 prefix, like New Orleans and Acadiana, must transition to 10-digit dial to "ensure that calls to 988 reach the National Suicide Prevention Lifeline," the FCC said.

Beginning April 24, customers in Acadiana and the New Orleans region should begin including their area code when making local calls. The initial rollout is known as a “permissive dialing period” because seven-digit local calls will still be completed for the first 6 months. Carriers will also be required to send notices of the transition to their customers during this period, NANPA said. Some carriers have already started notifications.

Calls omitting the area code after Oct. 24 will not go through.

“On and after this date, local calls dialed with only seven-digits may not be completed, and a recording may inform you that your call cannot be completed as dialed,” reads the release. “If you get this recording, you must hang up and dial again using the area code with the seven-digit telephone number.”

Once the transition period is completed, dialing 988 will route calls to the National Suicide Prevention Lifeline starting July 16, 2022. Until then, callers to the lifeline must continue to dial 1-800-273-8255 (TALK).

The creation of a three-digit phone number for the suicide prevention hotline should make it easier for people in need of assistance to remember and call the hotline number, particularly in moments of distress, said Raymond Tucker, an assistant professor of psychology at LSU and co-director of the university's National Suicidology Training Center.

"The ability to put this as a 3 digit number, in theory, should make it more accessible to people potentially when they need it the most," Tucker said.

While customers’ telephone numbers, pricing and procedure for non local calls will not change in Acadiana and New Orleans, NANPA said that safety and security equipment, such as medical alert devices, and home security systems must be reprogrammed to use 10-digit dialing.

Many systems already operate on 10-digit dialing by default, but equipment such as fax machines, security gates, voicemail services, call forwarding settings and your phone’s contact list may need to be updated by Oct. 24 to avoid interruptions, NANPA said.