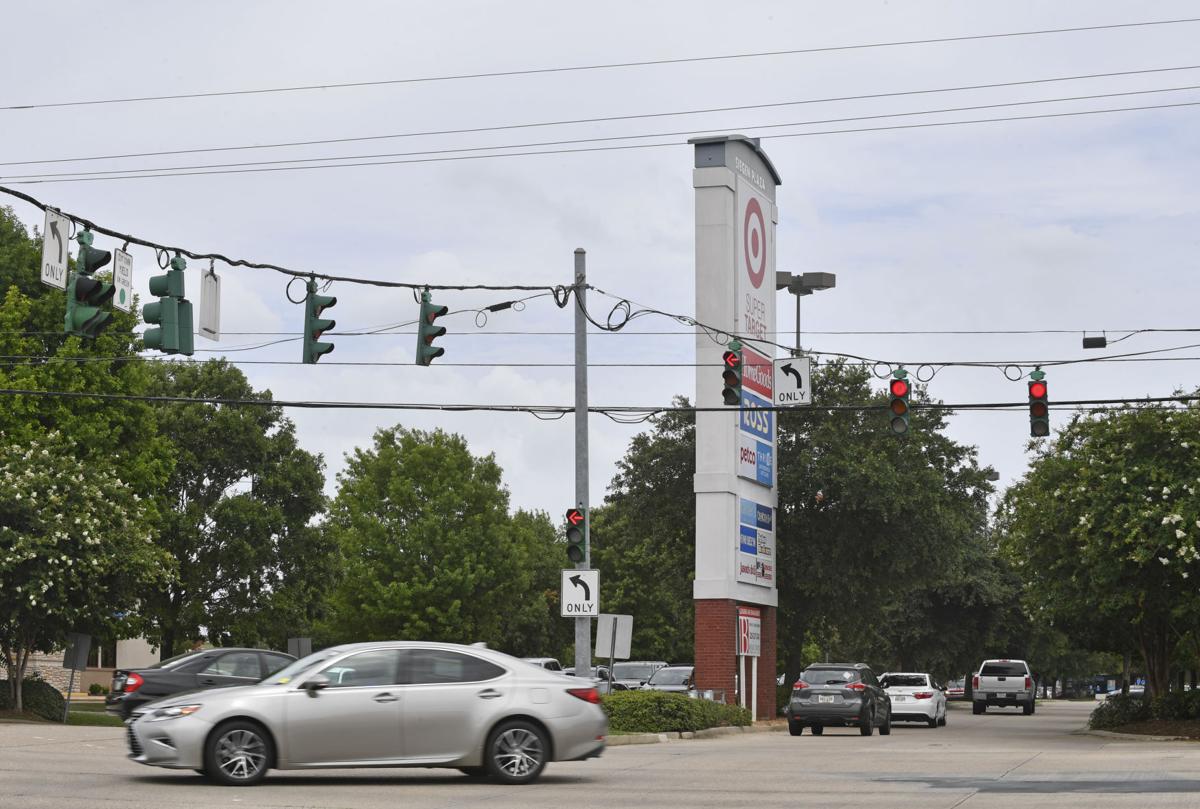 Drivers come and go from Siegen Plaza on Siegen Lane, Friday, June 21, 2019, which falls in the proposed city of St. George, in Baton Rouge, La. 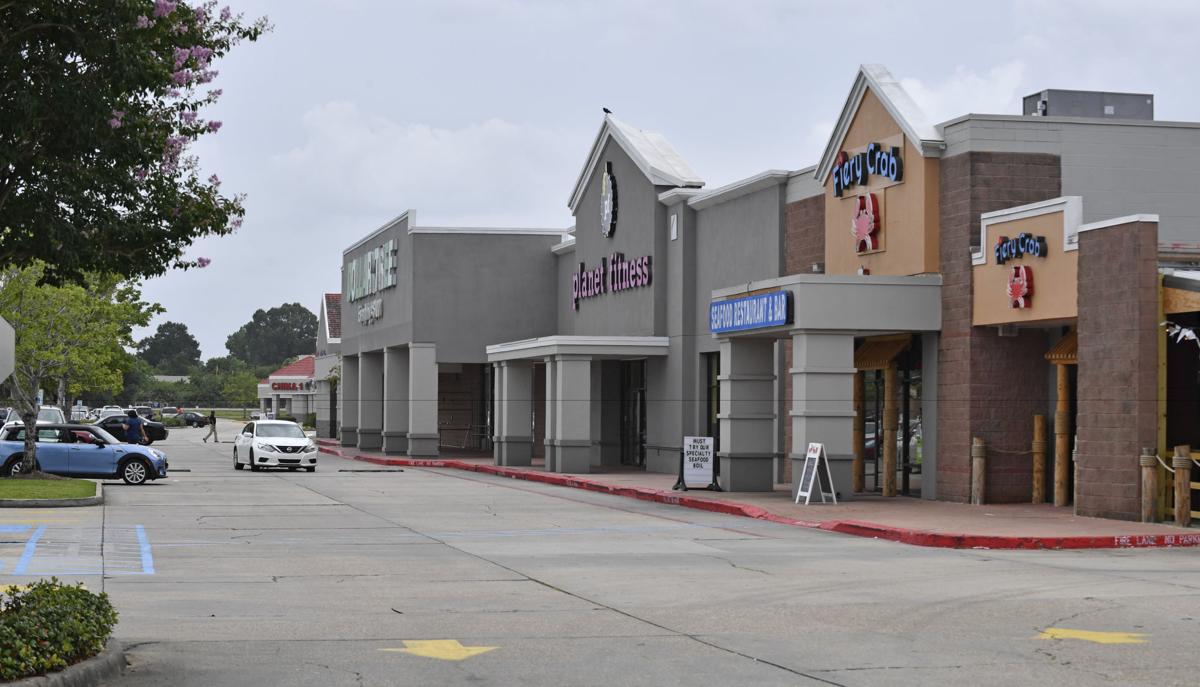 Drivers come and go from Siegen Plaza on Siegen Lane, Friday, June 21, 2019, which falls in the proposed city of St. George, in Baton Rouge, La.

Of all the unknowns facing a new city of St. George, how residents will initially fund the parish’s newest municipality isn’t one of them.

Voters will decide Oct. 12 whether to carve out a fifth municipality in East Baton Rouge Parish. The proposed City of St. George would extend from La. 30 on the west to the Amite River on the east in the southeastern corner of the parish.

St. George would draw much of its $58 million budget from a 2 percent sales tax already in place across the parish. Because the new municipality doesn’t have its own school district or park system, property taxes would stay the same and no portion would go to St. George.

Gov. John Bel Edwards has vetoed a bill that would have dictated how Baton Rouge and the proposed city of St. George would handle their transi…

If the new city adds or reduces services to its 86,000 residents, tax obligations could fluctuate as well. And if St. George proceeds with plans to carve out a new school system, it could divert property taxes from the East Baton Rouge Parish School District at the current rate. Or, as Central did after a 2005 breakaway, dedicate a property tax increase to school construction with voter approval — though St. George backers say that would undermine their calling.

"That's part of our movement — the overtaxing in East Baton Rouge Parish. Taxation without representation," said Drew Murrell, a spokesman for the St. George movement. "It would look terrible if the first thing we do after getting the representation we want is to go to the people and say we're going to tax you anyway."

In second round of St. George fight, schools downplayed but nevertheless a driving force

During its first go-round, leaders of the petition drive to create a City of St. George vigorously and repeatedly attacked the East Baton Roug…

If voters approve of creating the new city, St. George will take just under 20 percent of revenue dedicated to the city-parish’s General Fund. That figure is based on the St. George's population comprising about 20 percent of the city-parish’s current population. In addition to the cities of Baton Rouge and Central, the parish also has separate municipalities of Baker and Zachary.

Although a proposed spending plan St. George organizers released in January 2018 outlines costs for its municipal services, officials on both sides haven't ironed out details of what services will remain under the umbrella of the city-parish and which ones St. George will handle — most likely through private contractors, proponents have said.

If, as St. George’s backers say, it can provide services more efficiently, the new city's leaders could go to voters in the new city and ask  to lower taxes. However, it's also possible that taxes could go up if it needs more money to make ends meet.

That 2 percent sales tax makes up a lion's share of the $58.3 million in projected revenue included in the budget proposal from St. George organizers. The new city’s share would be diverted from the operating budget for Baton Rouge, where Mayor Sharon Weston Broome has told agencies to anticipate a 20 percent budget cut.

Aside from the approximately $53.3 million in revenue from the 2 percent sales tax, organizers have identified about $2.1 million from occupational license taxes, $1 million in tax revenue generated from telephone and cable television fees, $936,000 in other business-related taxes, $754,000 in revenue from licences and permits, $204,000 in "other taxes" that include beer and severance taxes and $41,000 in interest income.

St. George organizers based their revenue projections on the city-parish's annual operating budget and financial reports for the 2016 fiscal year, which they multiplied by 19.2 percent, St. George's population percentage within East Baton Rouge.

In a study the city-parish released in May, financial experts pinned revenue from the 2 percent sales tax at around $48 million. Losing that much from the city-parish's $311 million general fund could lead to across-the-board departmental cuts and tax increases for the rest of the parish.

Broome and city administrators have likened the St. George effort to a gamble. The mayor said the petition that placed the secession question on the ballot never said how anticipated revenues will be spent on municipal services in the proposed city.

According to the document, the proposed city "may" provide certain services through private contractors or municipal staff, those services include planning and zoning, building inspections, traffic signs and signals, maintenance and improvement of streets, rights of way and drainage, regulation of alcohol and beverages and animal control.

"There are so many unknowns, we don't know how to plan with regards to how much this will really affect us," said Linda Hunt, the city-parish's interim finance director.

Murrell said the St. George movement was advised by lawyers to say the proposed city "may" provide certain services instead of including mandatory language.

"It gives us the flexibility to say, 'Hey, what’s best for us?'" he said. "Let's say, if the city-parish has a wonderful contract (for trash collection) that gets us two days a week, recycling and it’s cheaper than our neighboring areas and better than what we can get on our own, let’s do that."

And if it's cheaper to run trash collection, or any other municipal service, themselves, "we’re going to do that," he added.

If successful at providing services at a lower price, St. George could ask to lower taxes.

"That would make us a more competitive place to shop in the region," he said.

Central, the last city to successfully incorporate in the parish, made similar promises before dedicating an additional millage to new school construction.

Proponents' argument for incorporation is frustration over what they say is not receiving a fair share of services and capital outlay investments from the city-parish in what is now an unincorporated area. Incorporation will also help St. George organizers form their own school district, which is really at the heart of their campaign, Murrell has said.

How much St. George will really spend is difficult to tell. St. George has projected more than $33 million for services and the salaries of a few municipal positions within the proposed city. Murrell admits those costs are only best-guess estimates that won't truly be known until they sit down with the city-parish and sort out the minute details of the separation, which will depend on the outcome of the election.

The state Legislature had attempted to establish the transition frame work for the incorporation through a Senate bill Gov. John Bel Edwards vetoed on Friday.

In his veto letter Edwards called the bill “unnecessary” and said it would have unfairly allowed St. George to split without paying its share of accrued liability into the city-parish's retirement system and approximately $12 million of indebtedness for bonds approved in parishwide elections.

Louisiana lawmakers voted Friday to create a transition district in case the controversial City of St. George comes to fruition, over objectio…

"For me, to do anything prior to the election is not appropriate," she said. "Once the election takes place, then future conversations can take place."

Broome was fully prepared to challenge the measure in court had it become law.

"They just want to get way scot-free; even the bond holders wouldn't let that happen," said Baton Rouge attorney Mary Olive Pierson, who the city-parish has already lined up to represent it in potential litigation involving St. George. "If they vote to become a city, they are going to find out how much free costs."

The St. George Fire Department is getting a new station and expanded training and maintenance facilities which officials said will help accomm…