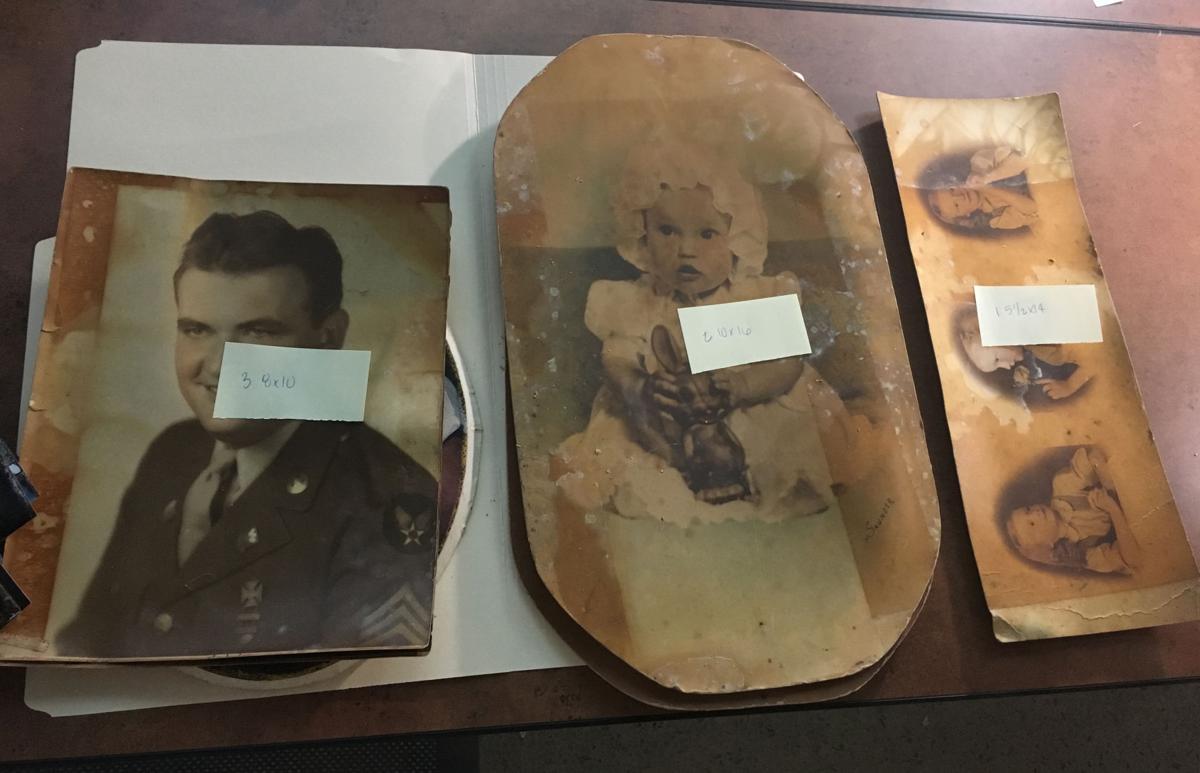 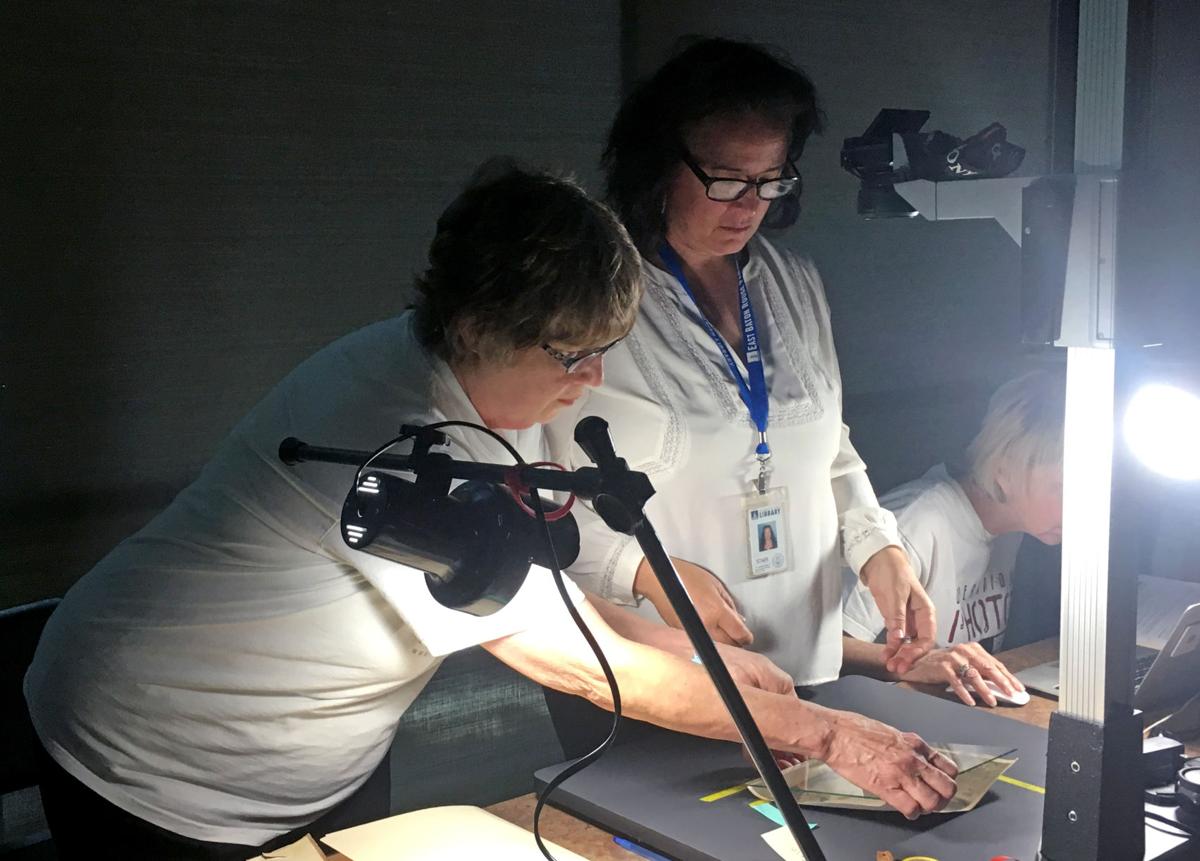 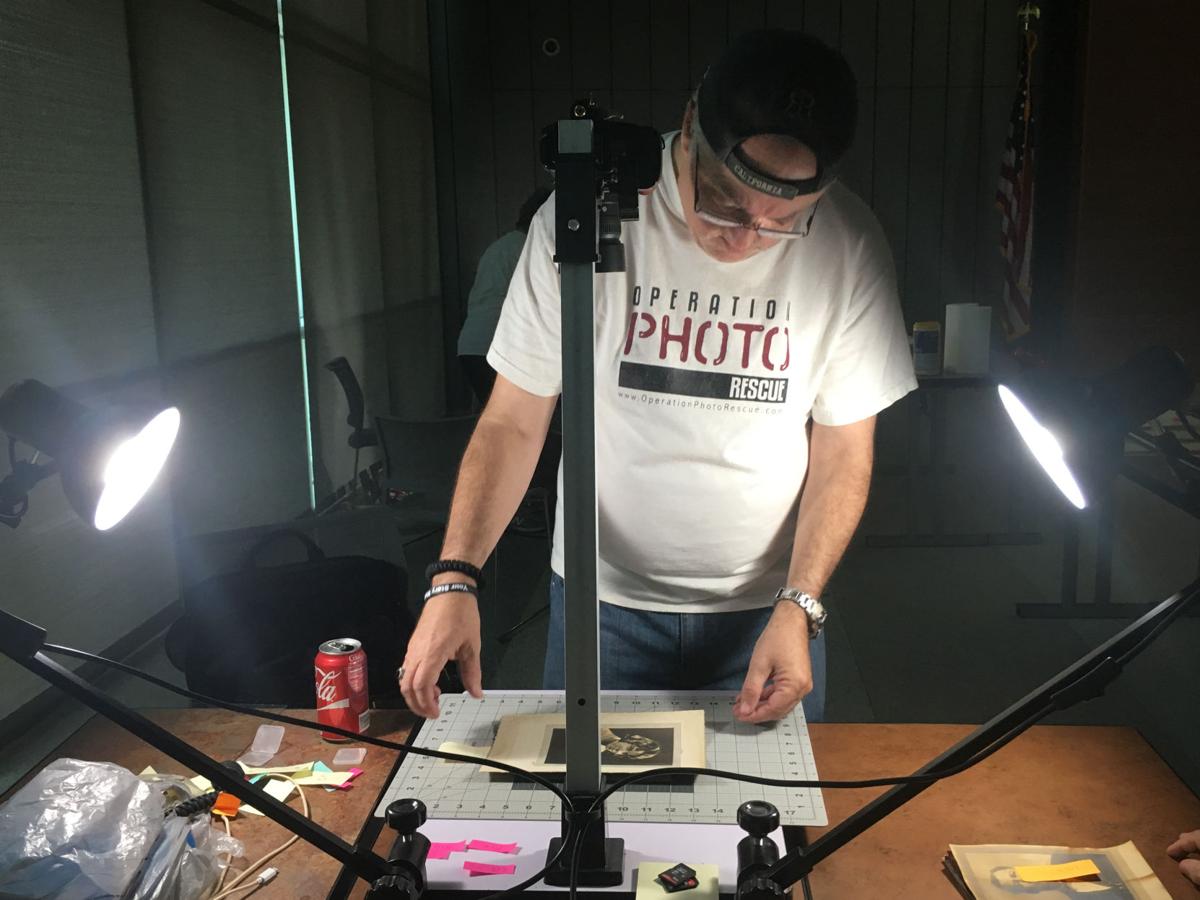 Operation Photo Rescue volunteer Robert McLaughlin, of Atlanta, lines up a photograph under his lens.

Operation Photo Rescue volunteer Robert McLaughlin, of Atlanta, lines up a photograph under his lens.

Cynthia Britton choked back tears as she waited at the Main Library on Goodwood Boulevard on Saturday clutching a photo of her granddaughter Alexis.

It was the sole remaining photo of dozens she had of her 15 grandchildren, the rest lost to August's floods.

Britton was among more than 150 Baton Rouge-area residents who descended on the Goodwood Library on Friday and Saturday in hopes of salvaging the remnants of flooded memories with the help of Operation Photo Rescue.

Six feet of floodwaters poured into Britton’s Denham Springs home in August, washing away 68 years’ worth of mementos and belongings.

More important than physical belongings, Britton said, was the loss of precious baby photos of her children and grandchildren, photos of memorable family vacations and irreplaceable film reels of her parents as a young couple.

Hayes and three Operation Photo Rescue volunteers processed roughly 2,000 photos over the course of the two days, assessing damaged pictures and photographing photos with enough data to be restored, she said. Later, the digital copies will be photoshopped back to health, printed and mailed to participants within six months to a year, Eastin said.

Photos help capture the moments that fade in peoples’ minds, and losing those can be devastating, Hayes said.

“For some people, if they haven’t looked at the photos and they look at them again, it’s like suddenly it’s hitting them all over again what they went through,” she said. “It’s your history, it’s your family. … It’s a record of your life.”

Hayes said she loves that her group can help people reclaim their memories and give them peace during a difficult time. When you see a bride cry over her wedding photos or a mother cradle the few photos she has of a son who was killed by a drunken driver, you realize how important images are, Eastin said.

Eastin said preserving the collective memory of the community is central to the library’s mission, and photos are a key element. Photographs tell the history of families and the larger history of the city, and it’s important those are preserved and handed down, she said.

Stefanie Castracane and her husband, Charles, were among those anxious to salvage family history represented in photographs compiled over the years.

The Baton Rouge newlyweds were relieved when their home was spared from flooding, but dismayed when Castracane remembered the numerous photos and mementos she had stashed in a storage unit on Choctaw Drive.

When Castracane checked the unit, she found that clothes, furniture and appliances were destroyed. Worse yet, colors were streaming from waterlogged photo albums Castracane had made through her childhood and adolescence. She wrote many of the photos off, the pictures of Girl Scout camping trips and high school dances lost forever, but somehow managed to salvage 60 photos.

Castracane said despite what she’s lost she’s glad she could save some of the memories.

“Last night, when I was going through … one of the albums my aunt had given me, in the cover, she wrote ‘Life is made of memories, not things,’” Castracane said. “It was a reminder that we were lucky.”