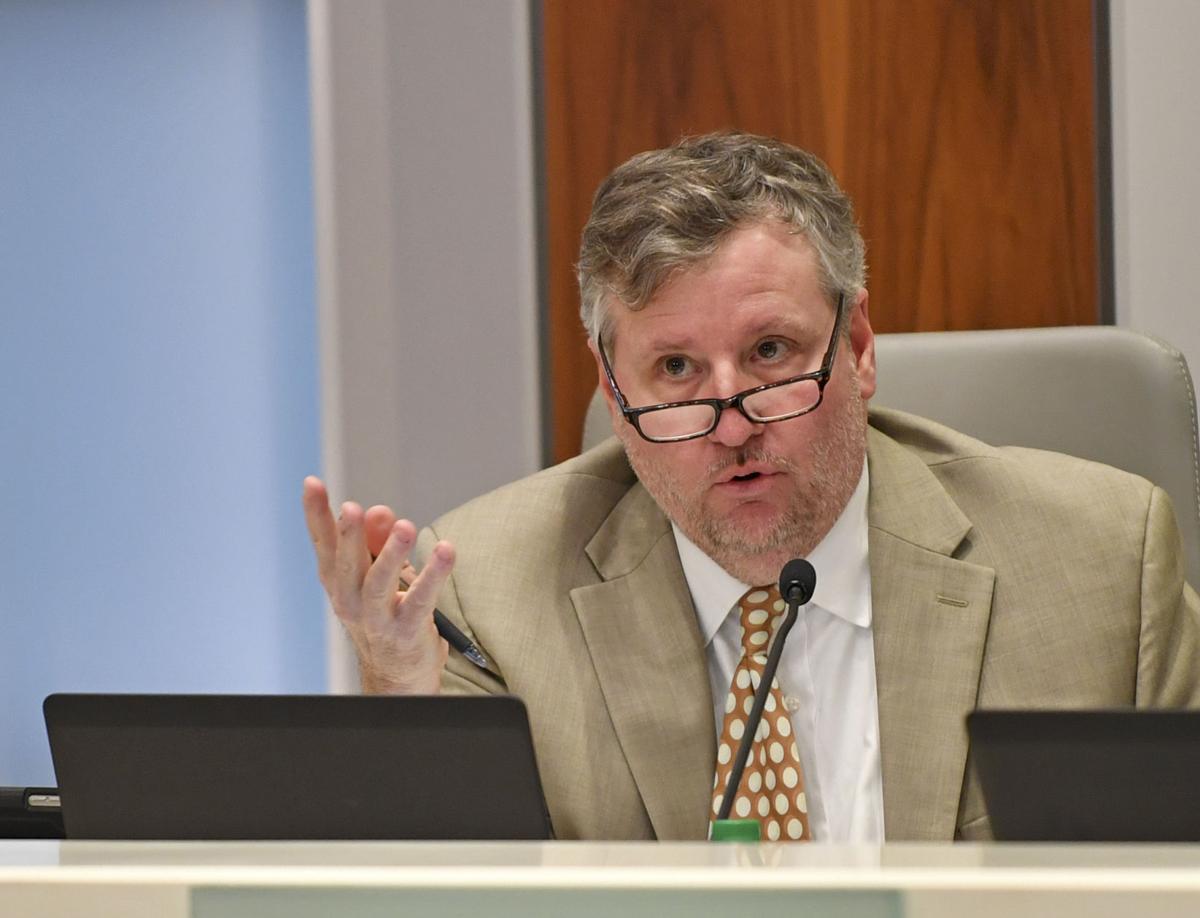 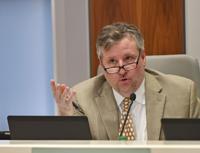 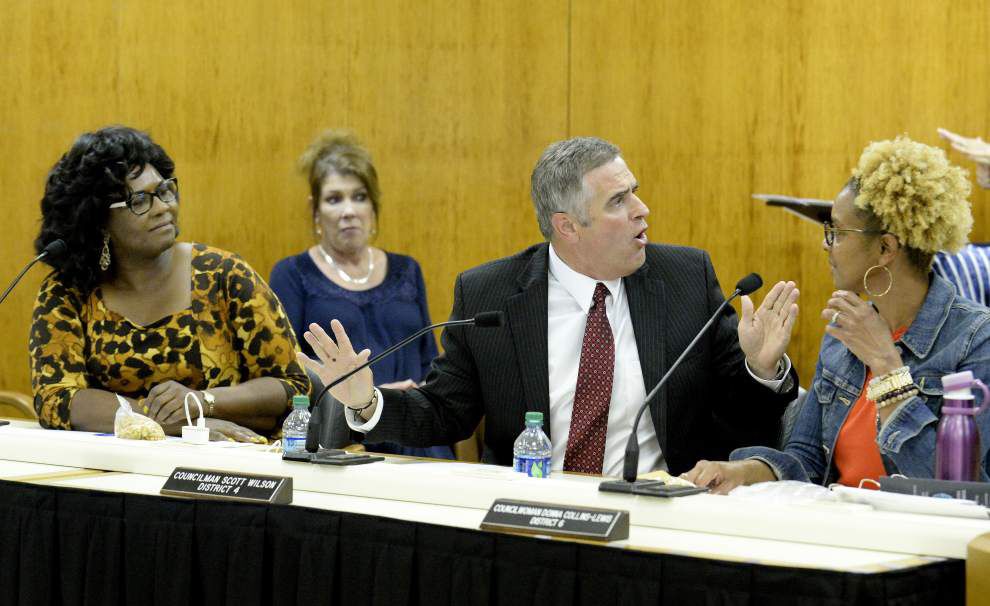 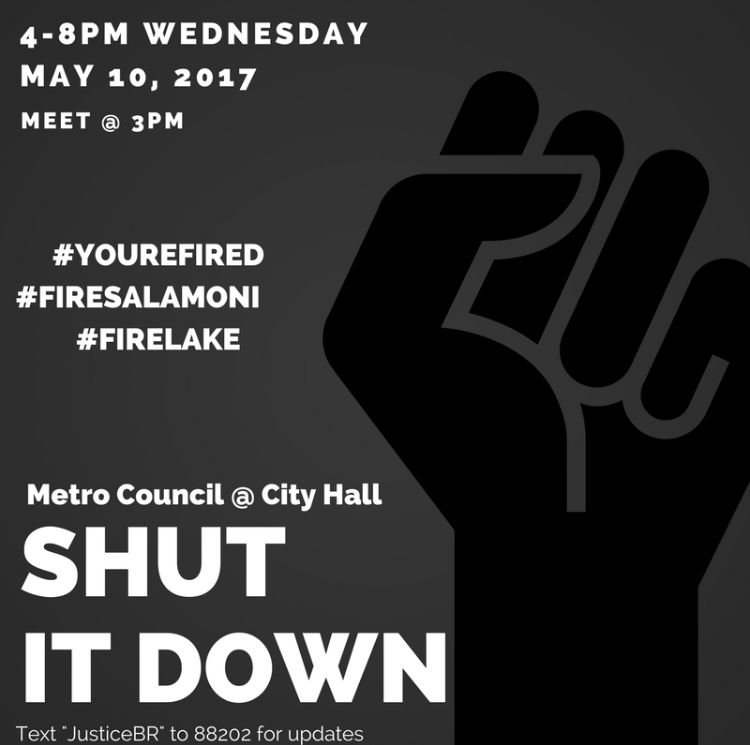 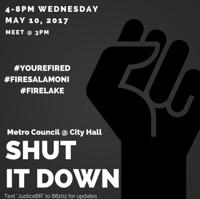 The attorney representing three city-parish residents who claim Mayor Pro Tem Scott Wilson wanted to silence black residents when he had them removed from a Metro Council meeting two years ago is asking that Councilman Chandler Loupe be forced to testify against his council colleague during an upcoming federal trial.

In a letter obtained Thursday by The Advocate, lawyer William Most also says Wilson and the city-parish have withheld text messages that would be critical evidence to support their arguments in a trial. The letter says Loupe's testimony could speak to "the way Scott Wilson has referred to [the] Plaintiffs" but doesn't infer whether his testimony would be connected to the text messages.

The lawsuit filed by the three men, whose protests were tied to developments in the Alton Sterling case, is scheduled to be heard by U.S. District Judge John deGravelles in October. Most wants the Parish Attorney's Office to turn over additional text messages by Monday and also grant permission to add Loupe as a witness for the plaintiffs. The council member was not included on the plaintiff's witness list.

"If there are any text messages between Scott and anyone else, those need to be disclosed," Most said Thursday. "If, for example, he ever texted with anyone from the Parish Attorney's Office or colleagues, friends and/or family about any of plaintiffs, we need to know that.

Parish Attorney Andy Dotson would not comment on the letter or any aspect of the lawsuit, citing his office's policy about not commenting on pending litigation.

Gary Chambers, Mike McClanahan and Eugene Collins sued the city-parish and Wilson in December 2017, asking that the U.S. District Court in Baton Rouge rule Wilson acted illegally when he refused to let them speak at Metro Council's May 10, 2017, and violated their First Amendment rights.

The meeting occurred one week after federal prosecutors decided not to pursue a civil rights case against officers involved in the fatal shooting of Alton Sterling in 2016. Officers had responded to the Triple S store on North Foster Drive after receiving a complaint that an armed man was selling CDs in the parking lot. Sterling was shot dead during a scuffle with officers.

Wilson had the three plaintiffs, who are black, escorted out of the Council meeting as they attempted to express their viewpoints surrounding the polarizing issues connected to Sterling's death while the Council was holding a public hearing on a unrelated matter. Chambers also was handcuffed before being removed by Baton Rouge police officers and issued a summons for disturbing the peace and resisting an officer.

Wilson, who runs council meetings, had chided them for being off-topic and explained at the time why he had them removed. Prior to the meeting, flyers had circulated online seeming to advocate shutting it down with a protest.

The plaintiffs are not seeking damages other than court costs and attorney fees; rather, they want the court to rule that Wilson behaved illegally, which they hope will compel the council to elect a new pro tem to lead meetings.

When asked Thursday why he wanted to add Loupe to his witness list, Most responded, "the letter speaks for itself."

If the Parish Attorney's Office won't agree to the request, Most said he would ask deGravelles to add Loupe.

Most's letter to the Parish Attorney says the city-parish and Wilson only submitted three text messages in response to their request for all communications to or from Wilson regarding Alton Sterling;  the May 10, 2017, public hearing; or the plantiffs; before, during and after the Metro Council meeting.

The Parish Attorney's Office alleged that Wilson had never sent or received a text message regarding the plaintiffs.

"Plaintiffs have now been informed that text messages sent by Wilson regarding one or more plaintiffs were withheld from the production," the letter reads.