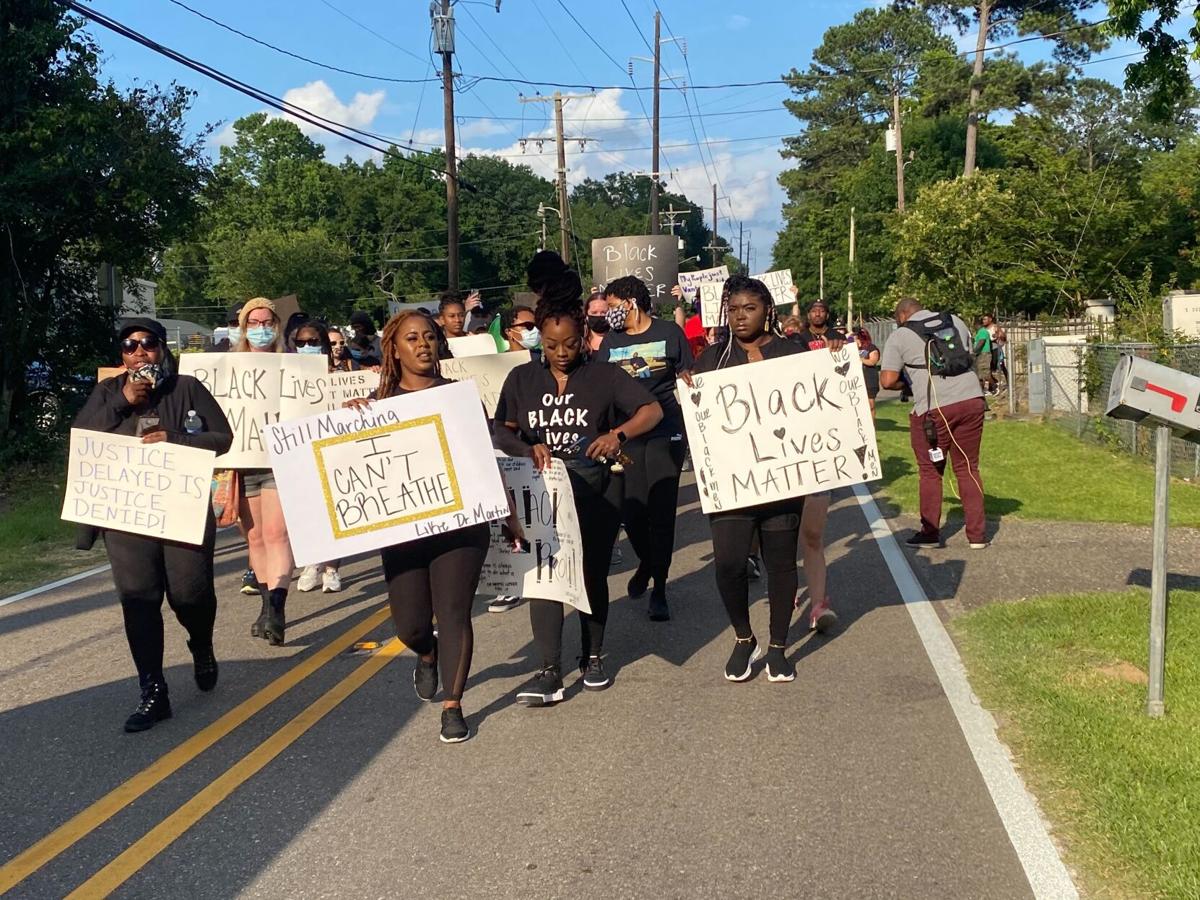 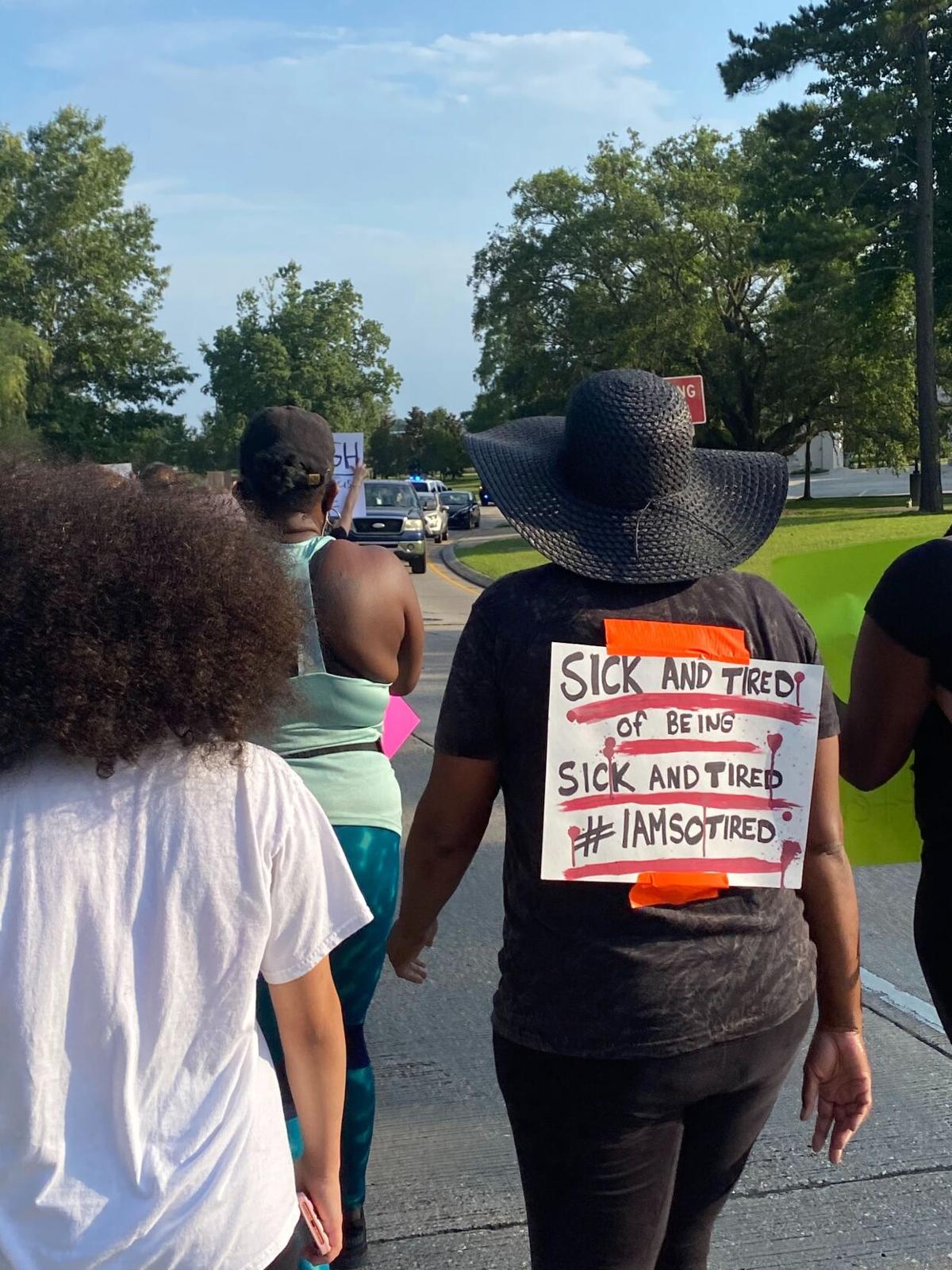 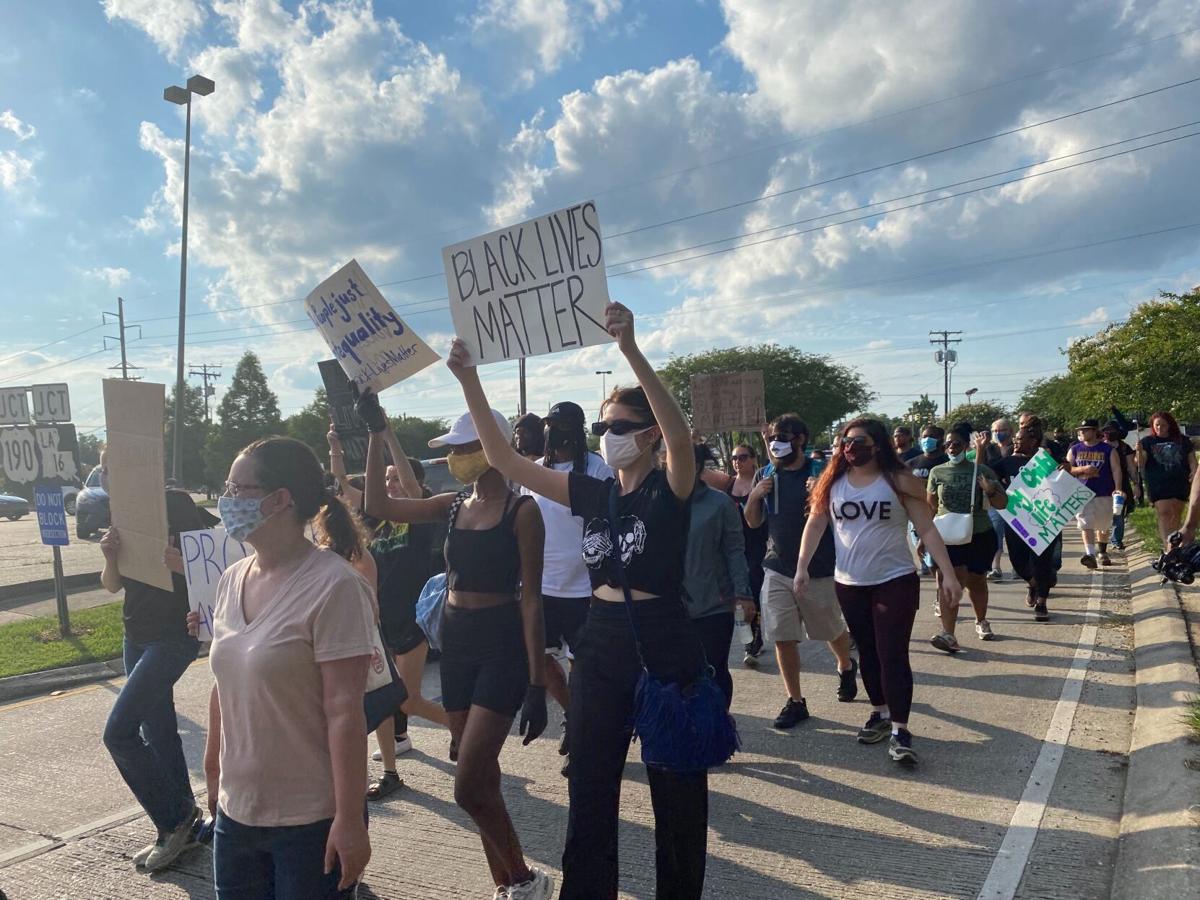 Protesters, both black and white, gathered Tuesday evening in Denham Springs to express their anger at the death of George Floyd.

They held up signs with sentiments like “sick and tired,” “I can’t breathe” and “my child’s life matters” as they marched from the L.M. Lockhart Community Center to Raising Cane’s and back — approximately 3 miles — as dozens of cars passed and many honked in support.

The event joins countless others across the country to protest the death of Floyd, the Minneapolis man  who died May 25 after a police officer kneeled on his neck for several minutes while he was handcuffed on the ground.

Sharlecia Butler, of Denham Springs, organized the march Tuesday morning in response to the "black out Tuesday" movement on social media in which users posted a solid black image on their feed to support the Black Lives Matter movement.

Elise Templet stood by the gathering group just before 6 p.m., handing out pre-written signs as well as blank ones for people to write their own sentiments.

“I don’t want to speak for them,” said Templet, who is from Denham Springs.

Templet said she marched in protest of Alton Sterling’s death in 2016 in Baton Rouge and marched Monday night in a protest on Siegen Lane in Baton Rouge.

In a city that’s predominantly white — Denham Springs is 83% white, according to census data — Butler said she was told she wouldn’t gain support, but an estimated 200 people marched.

Denham Springs Mayor Gerard Landry stopped by to lend his support. And the marchers were escorted by Denham Springs police units.

Protesters gather for the third night in a row on Siegen Lane in response to the police-involved death of George Floyd Tuesday evening, June 2…