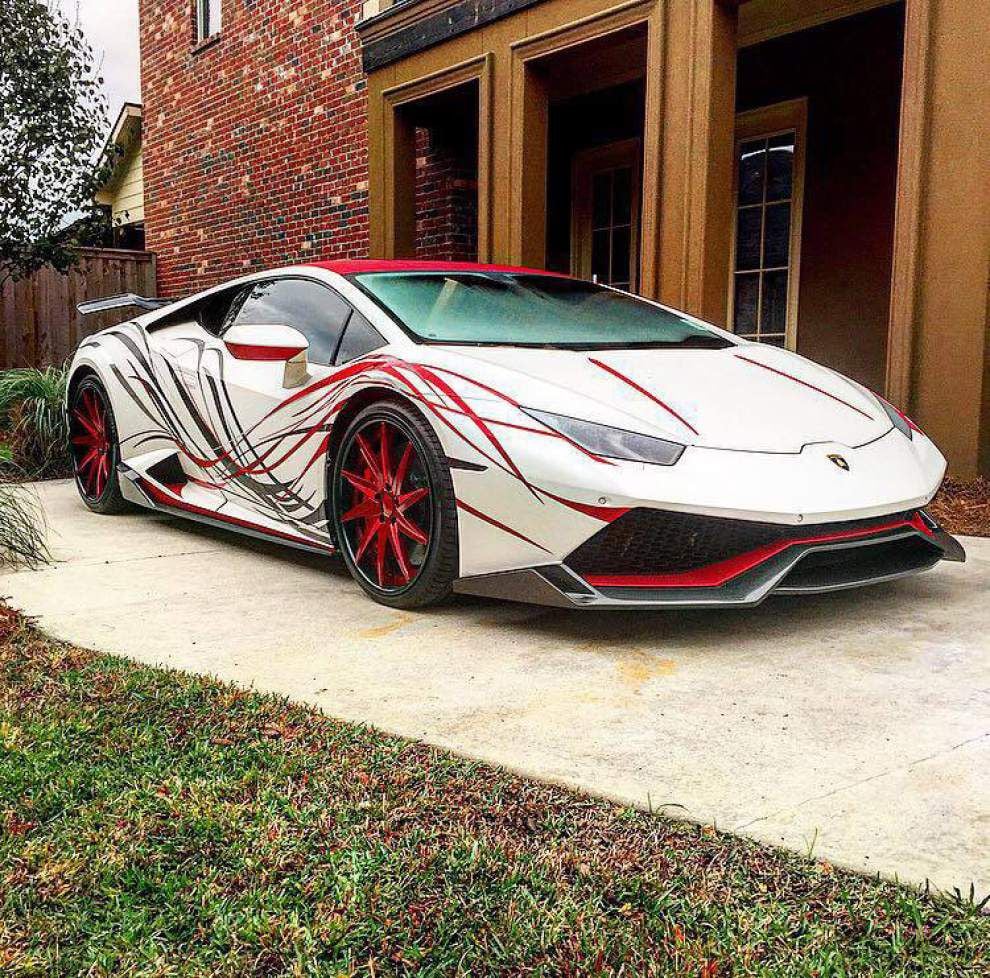 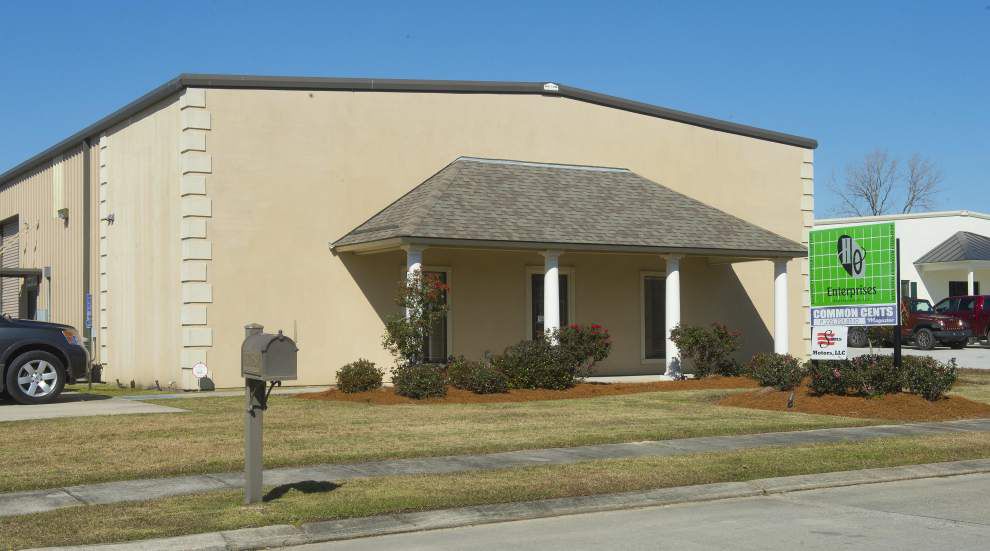 Advocate staff photo by TRAVIS SPRADLING -- Business front at H&O Investments, 17425 Opportunity Ave., where owner David MahlerÕs Lamborghini was burned early Tuesday morning, likely in response to the company's contract for removal of New Orleans monuments related to the Confederacy. The company pulled out of the contracts last week, after threats. 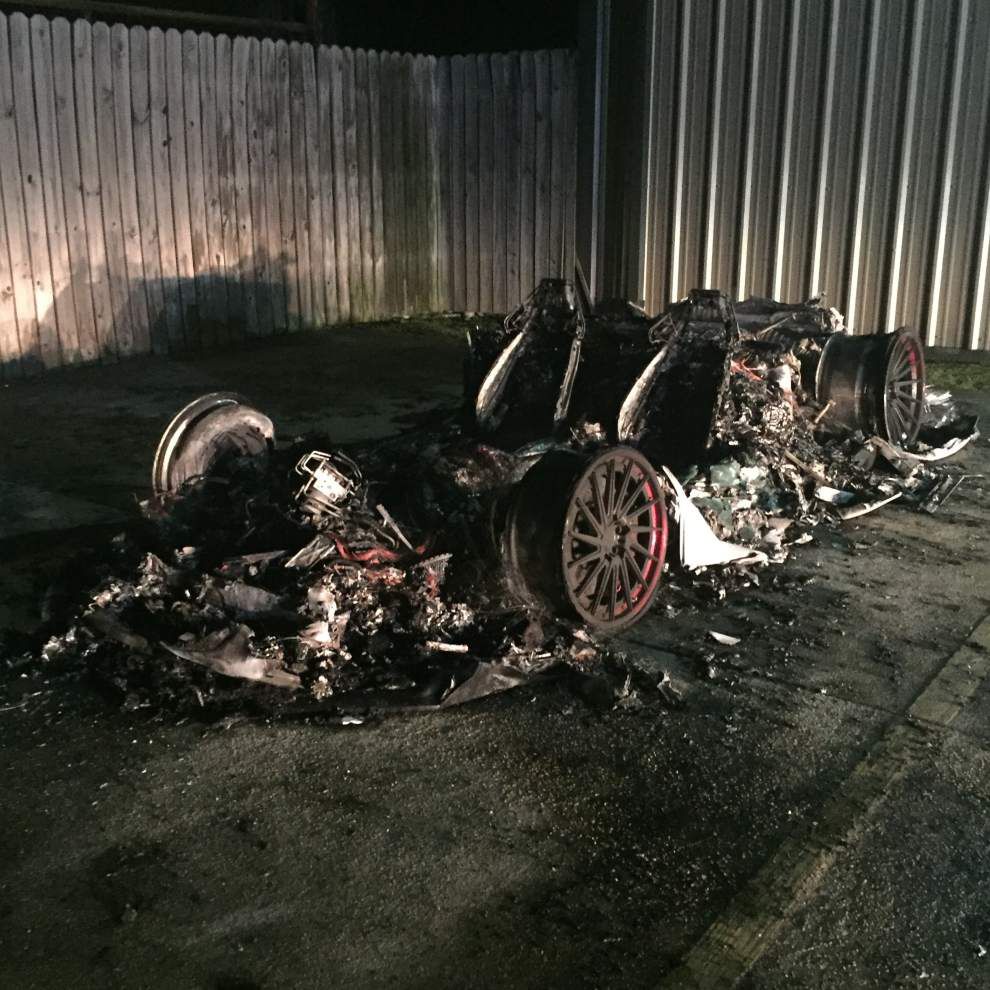 Advocate staff photo by TRAVIS SPRADLING -- Business front at H&O Investments, 17425 Opportunity Ave., where owner David MahlerÕs Lamborghini was burned early Tuesday morning, likely in response to the company's contract for removal of New Orleans monuments related to the Confederacy. The company pulled out of the contracts last week, after threats.

A Lamborghini found burned to the ground Tuesday belonged to the owner of a Baton Rouge company that last week pulled out of a New Orleans contract to remove Confederate monuments after he had received death threats.

David Mahler’s Lamborghini, worth in excess of $200,000, was parked in the H&O Investments parking lot at 17425 Opportunity Ave., in Baton Rouge when flames were spotted from the air, said Roy Maughan Jr., Mahler’s attorney.

A caller reported the fire but did not provide an address, only a general area.

It took a captain for the St. George Fire Department about 35 minutes to find the burning vehicle. The department received the call about 12:20 a.m. Tuesday that there was a fire on Airline Highway near Antioch Road, Fire Chief Jerry Tarleton said. The captain, who was searching for the fire, noticed the glow when he glanced down Opportunity Avenue.

“That’s how we found the car,” Tarleton said, noting that, typically, fire investigators are told a specific address.

It’s likely investigators will never know how the fire started, though, as the evidence was destroyed in the fire, Tarleton said. He said the department has not ruled anything out.

All that was left of the car was the seat frames, the tires and a heap of melted debris.

Accidental car fires are not unusual, often caused by mechanical issues, he said.

“The only thing unusual about it is the type of car,” Tarleton said. “It’s unusual because no one was around, and the car was not in an enclosed area.”

The car was parked in a corner of the open lot at the business.

Maughan said authorities were not able to locate the blaze until the car had burned for at least a couple of hours. He said it appeared the fire was planned and the circumstances are suspicious.

“A car doesn’t spontaneously combust during the night,” Maughan said. “Given the events of last week and controversy with that, it’s natural to question whether these events are related.”

Last week, The New Orleans Advocate reported that Maughan wrote in a letter to city officials that as H&O made preparations to remove the controversial Confederate monuments in New Orleans, its offices received multiple telephone complaints, “including death threats personally directed to David Mahler and his staff, in addition to threatening calls received by his wife at their residence.”

Maughan said Mahler was dismayed when he heard the news.

“We reported the circumstances of it,” Maughan said. “We’re hoping that whatever actually occurred will be discovered and appropriately be dealt with.”

New Orleans Mayor Mitch Landrieu’s administration also has been in contact with the FBI, and “the city supports a full investigation into this matter,” city spokesman Hayne Rainey said Tuesday.

Outrage expressed on social media over the company’s decision to remove the monuments added to the political tumult, as did area businesses that apparently threatened to cancel their existing contracts with H&O, Maughan wrote in the letter to city officials.

“Unfortunately, due to these circumstances, H&O is unable to perform the tasks originally assigned in association with the removal of any monuments for the city of New Orleans,” Maughan wrote.

“I want to emphasize we hope there’s no connection,” Maughan said Tuesday. “If it was purely coincidental, that would be the best.”

The city on Jan. 13 added the letter to a growing list of documents a U.S. District Court judge will use to consider whether to temporarily prohibit the removal of the monuments until a legal showdown plays out.

The two sides presented arguments to District Judge Carl Barbier Thursday. Barbier said he would rule on the matter at a later time.

The monuments include statues of Gen. Robert E. Lee in Lee Circle, Confederate President Jefferson Davis on Jefferson Davis Parkway and Gen. P.G.T. Beauregard at the entrance to City Park, as well as a monument on Iberville Street near the river honoring the so-called Battle of Liberty Place, an 1874 rebellion against the state’s biracial Reconstruction-era government by a group of former Confederates seeking to restore white “home rule.”