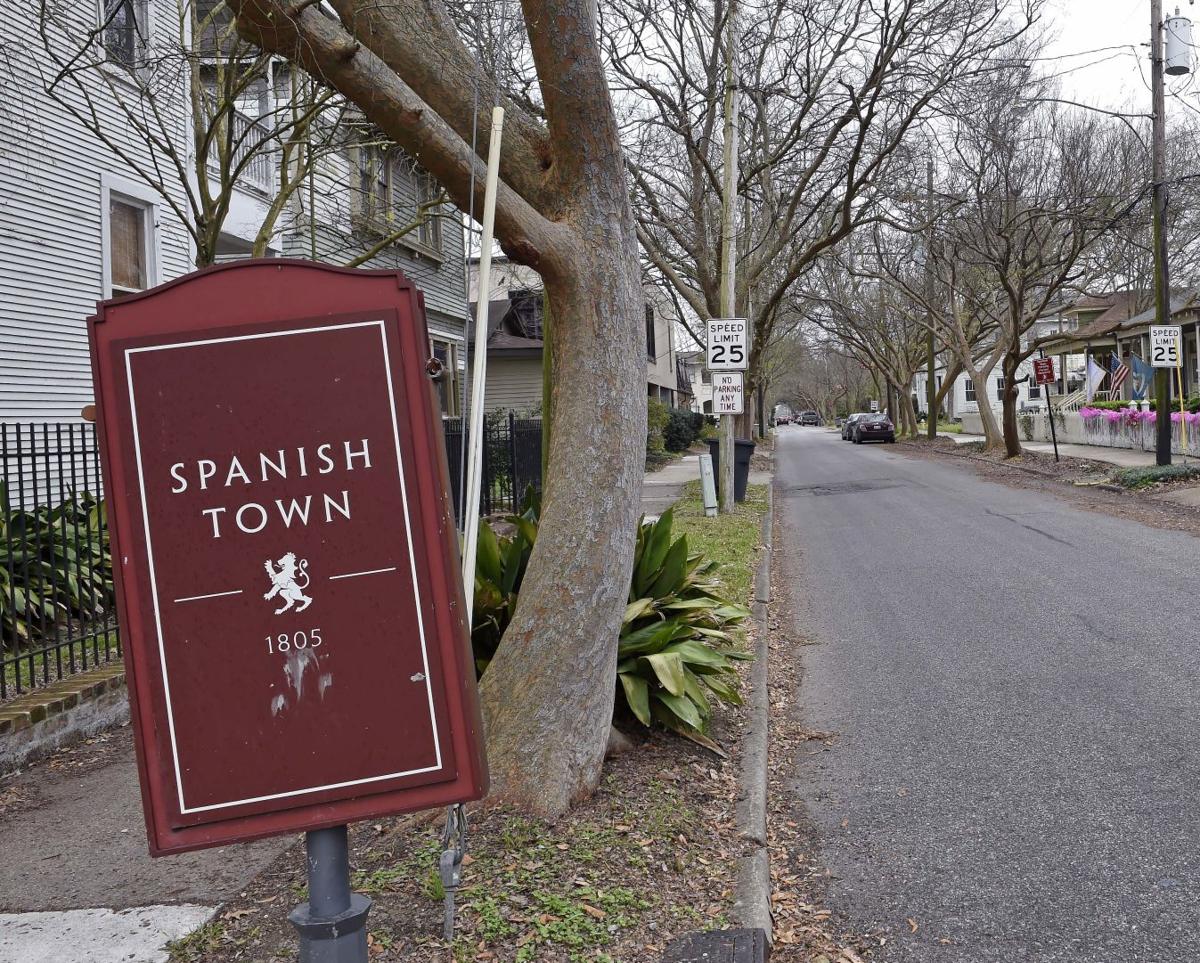 Houses in the shadow of the State Capital building in Baton Rouge's Spanish Town neighborhood as seen on Feb. 15, 2019. Some residents of the historic neighborhood have concerns about Airbnb's operating with no on-site management or attachment to the community.

Houses in the shadow of the State Capital building in Baton Rouge's Spanish Town neighborhood as seen on Feb. 15, 2019. Some residents of the historic neighborhood have concerns about Airbnb's operating with no on-site management or attachment to the community.

A Metro Council member's second attempt at drafting an ordinance regulating short-term housing rentals is nearing completion. But it appears unlikely to satisfy those pushing for tough restrictions in Baton Rouge.

The draft Councilwoman Tara Wicker has in the works doesn’t come down as hard as New Orleans did on the growing industry. And that doesn't sit well with some of her vocal constituents in the Spanish Town Historic District who say they want to stop developers from sweeping in to flip dilapidated houses to rent out through websites like Airbnb and HomeAway.

Wicker said restrictions as stringent as those in New Orleans simply are not warranted for Louisiana’s capital city.

"New Orleans is not Baton Rouge," Wicker said. "(It's) a tourist destination. People are there all the time, year-round. So you do have a more sensitive concern about the possibility of whole neighborhoods changing out."

Baton Rouge councilwoman on Airbnb: 'It's a new industry, and we aren't sure how it will grow'

Wicker has spent the past several months meetings with community stakeholders on the issue, which has included passionate discussions between her and residents of Spanish Town who have been the most vocal in calling for tough regulations.

Residents in the downtown-adjacent neighborhood have been asking city leaders to adopt regulations given how rapidly short-term rentals are cropping up on their blocks, creating excessive noise and parking issues.

They’re pushing for regulations mandating that property owners live on-site, making it easier to control those issues. They say it would also prevent outside developers from sweeping in to buy houses to convert them into what they say are “mini-hotels,” destroying the charm and camaraderie that defines their community.

"I'm going to sell my house; I'm not living like this — with a bunch of hotels near me," said Marie Constantin, one of the Spanish Town residents pushing for regulations in Baton Rouge that mirror what New Orleans did recently.

Earlier this month, New Orleans' City Council adopted rules limiting short-term rentals in residential areas to owner-occupied properties, placed caps on rentals in commercial and mixed-use buildings, and banned them outright in most of the French Quarter and the entire Garden District.

New Orleans property owner: I invested in Treme, and now short-term rentals are pushing me aside

I was born in New Orleans in 1943, during segregation. There were not many opportunities for me, as a woman of color. I had to locate to a mor…

"A lot of cities across the country are also booting out whole-house rentals," Constantin said. "And a lot of cities are coming in and putting caps on owner-occupied. Why are we not protecting our residential stuff?"

A proposed ordinance surfaced in May that Constantin and neighbors who agree with her balked at because it capped the number of short-term rentals in the neighborhood at 3%.

They were concerned developers could exploit their clout at City Hall to secure the limited number of permits available for short-term rentals, thereby blocking residents from renting out their rooms if they wanted to do so in the future.

In response, Wicker in June opened a parishwide discussion about short-term rentals after other neighborhoods contacted her expressing interest in regulations to restrict them. She said she plans to soon have a final copy of a draft for review by the community and possible consideration before the Metro Council.

Metro Councilwoman Barbara Freiberg said she’d like to see some regulations enacted over short-term rentalsbut is still researching the issue and has not yet staked out a firm position yet on the best method how best to do that.

As it stands now, she said, the draft ordinance wouldn't ban whole-house short-term rentals. It would likely place percentage caps on how many can be in operation in smaller neighborhoods, and cap operation at a certain number in larger communities.

"We’ve incorporated what we’ve heard from all the parties involved," she said.

Wicker said the sentiment to block whole-house rentals isn't in the equation right now given the dissension even among Spanish Town residents about the issue.

While residents in the Spanish Town Historic District want the city-parish to regulate the short-term rentals in their neighborhood, a propose…

Constantin threatens to move to the proposed city of St. George if the city-parish doesn't adopt controls similar to those in New Orleans, even though it would mean having to leave behind the diversity and culture she loves about her community.

"If St. George happens we'll be competing with them for quality of life, and I bet you their city council won't let this junk in there," she said. "I've had it with my councilwoman not protecting me.”

Regulations on short-term rentals aren't expected to return before the East Baton Rouge Metro Council until at least next year.