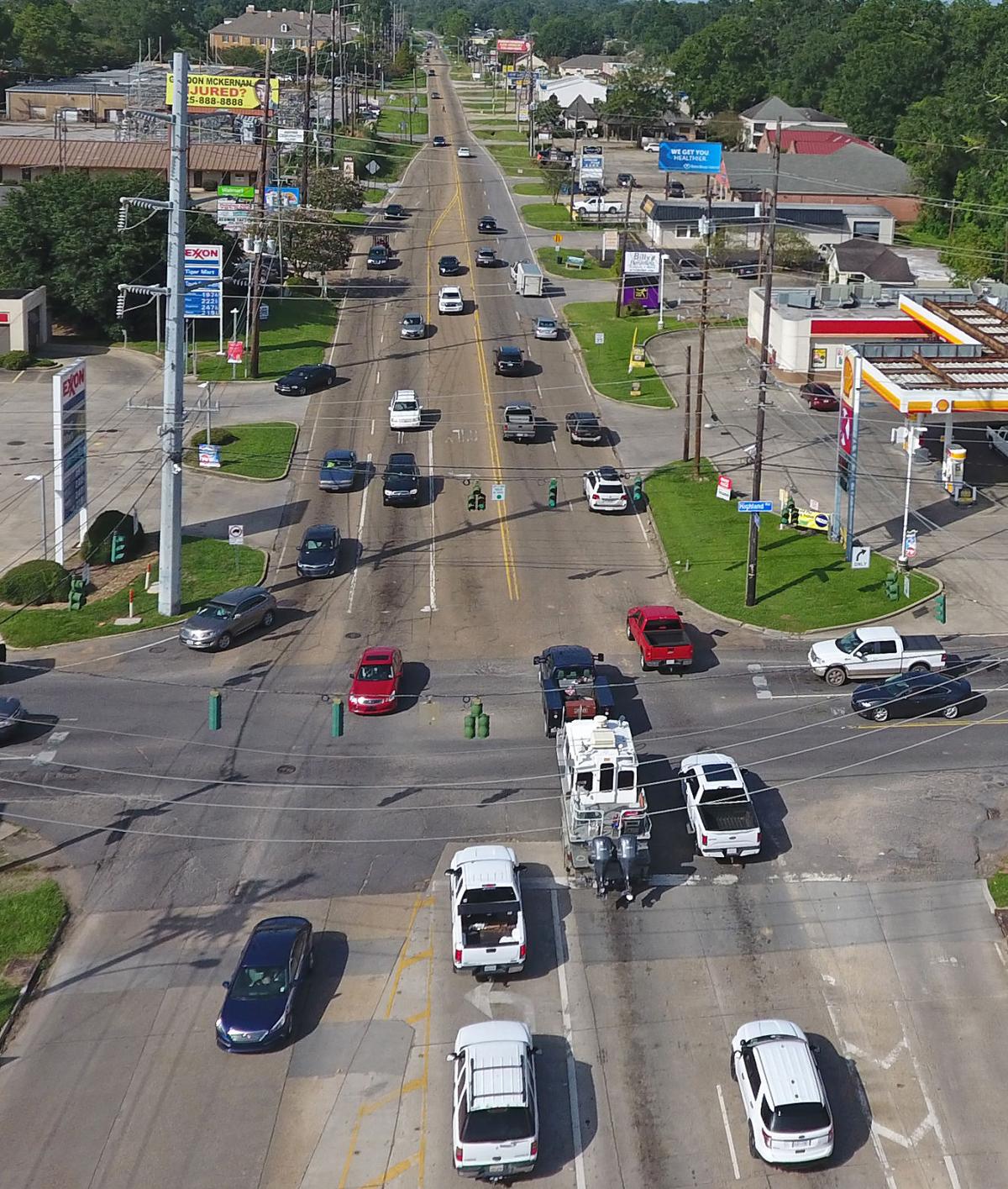 Pictured is the intersection of Highland Road at West Lee looking north back towards Perkins Road on Wednesday July 26, 2017. 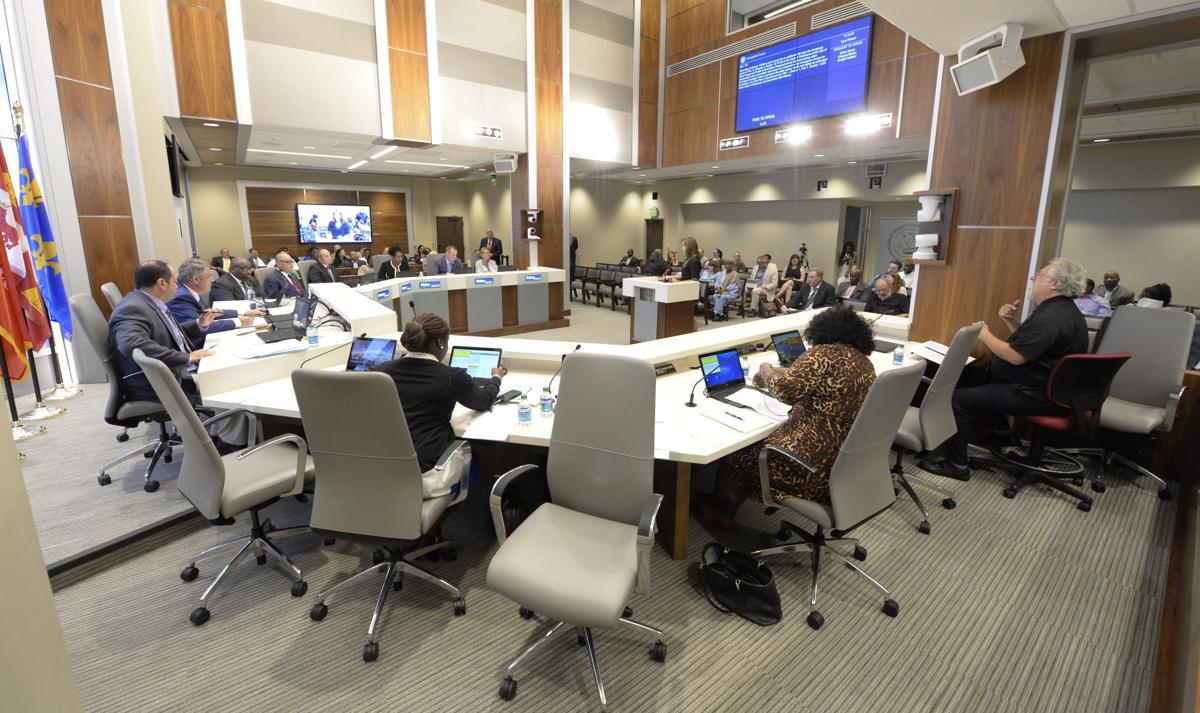 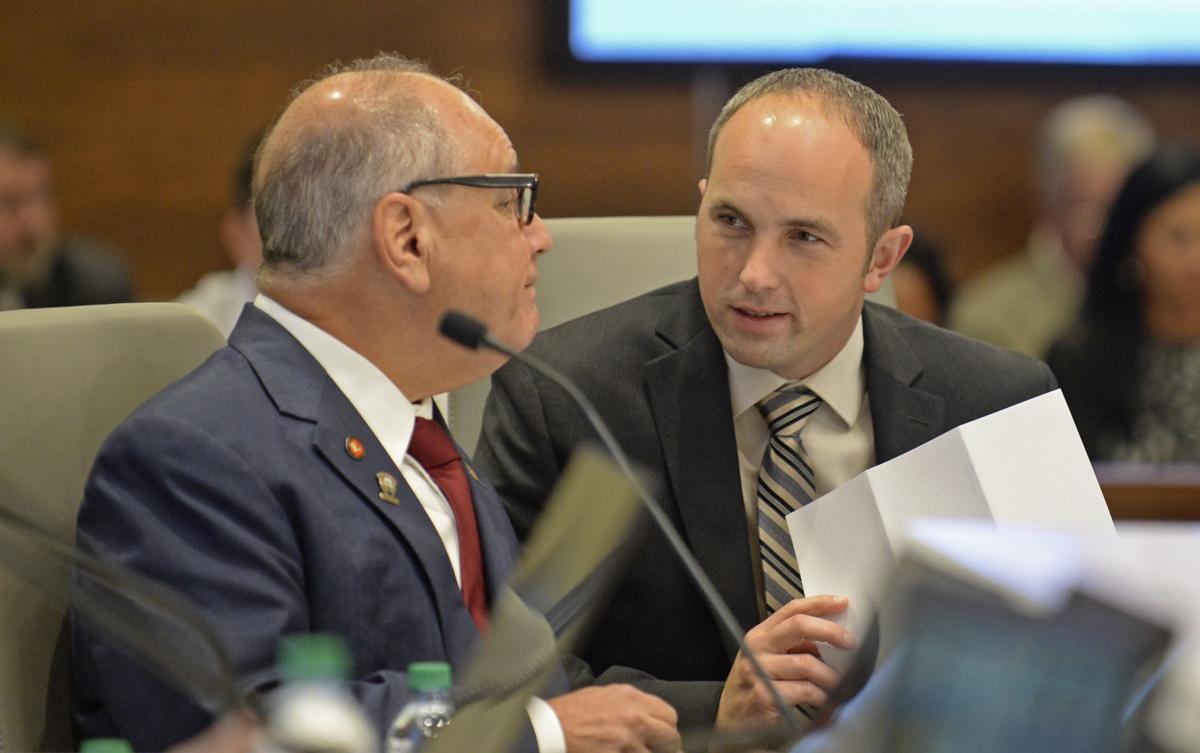 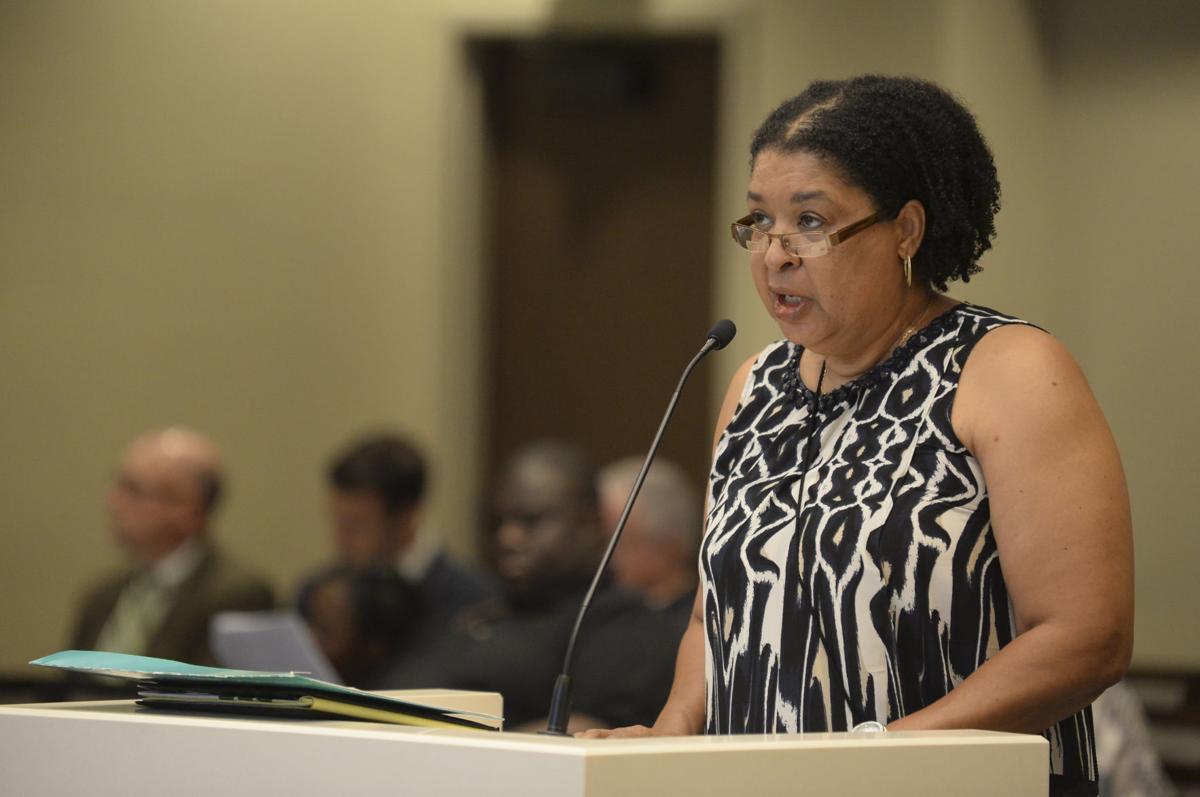 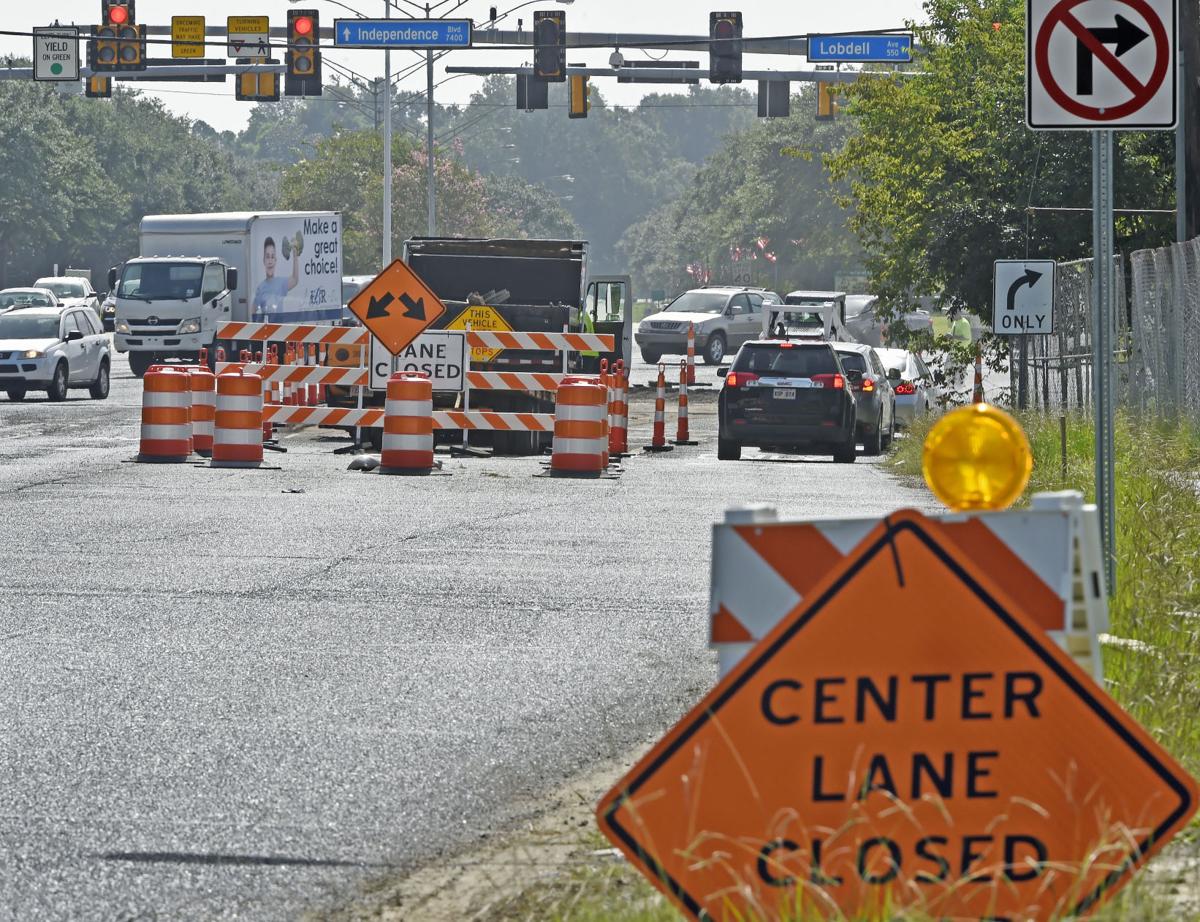 Pictured is the intersection of Highland Road at West Lee looking north back towards Perkins Road on Wednesday July 26, 2017.

Mayor-President Sharon Weston Broome's proposed Better Roads and Transportation tax passed its first test Wednesday, being easily introduced for a future debate on whether voters should get a crack at the 43 projects to help unclog the Capital City's notorious traffic.

The projects are estimated to cost $540.4 million, with $445.5 million coming from the tax and the remaining money coming from state and federal sources that City Hall anticipates receiving. Broome's proposed 5-mill property tax would pay for the majority of the 43 projects in her plan. She would also ask voters to rededicate a half-cent sales tax from 2005 to go toward road repairs, street overlays and paying off the debt from the bonds.

Her administration is expected to start holding public meetings on the projects, and the list has some flexibility if people form a consensus around projects that should be swapped out, said Fred Raiford, director of transportation and drainage.

"If it doesn't pass, I can promise you this: Traffic is not going to get any better," said Raiford, who crafted the project list and plan.

The most expensive projects would be in south Baton Rouge and in the Central area. The BTR plan proposes increasing the traffic capacity of Lee Drive, Nicholson Drive, Perkins Road, Wax Road/Magnolia Bridge Road, Hooper Road and Frenchtown Road.

"Quite frankly, if we don't widen some of these thoroughfares, you're never going to get cars from point A to point B," Raiford said.

In its list of capacity projects, the city-parish is setting aside $30 million for regional infrastructure projects. Raiford said he will soon meet with state officials to determine which projects — like the widening of Interstate 10, for example — have the best shot of receiving federal money that the city-parish could also chip in on. He said he expects to give voters more specific information about the $30 million for regional infrastructure projects soon.

Other parts of the city have been targeted for road improvements that relate less to the number of drivers and more to the quality and traffic flow of the roads. Plank Road, North Boulevard, Florida Boulevard and College Drive corridors would be in line for improvements, along with a few others.

For many of those projects, Raiford said, the city-parish would make changes to medians and boulevard breaks where people are making turns but impeding traffic flow. He said the roads may have one turn lane, but could need dual turn lanes.

Using Florida Boulevard as an example, Raiford said bus traffic can also slow down traffic because the street lacks places for buses to pull over. It also creates problems for people departing the buses because they wind up walking into traffic, he said. It's another problem they hope the tax plan could fix.

Raiford said the city-parish wants to continue sidewalk commitments made under the Green Light tax plan adopted in the administration of former Mayor-President Kip Holden. Bonding capacity on the Green Light Plan has been expended, and the projects left are mostly in slower, pay-as-you-go phases.

The city-parish also set aside $30 million for sidewalk projects throughout the parish.

Additionally, $35 million from the tax would pay for signal upgrades and fiber connections to help synchronize Baton Rouge's traffic lights. Raiford said the problem with traffic light synchronization in Baton Rouge is that many signals have not been upgraded and do not communicate properly with the people trying to program them at the city-parish's Advanced Traffic Management Center on Harding Boulevard.

"There's a bunch in our system and in the state system that we can't see what's going on at the intersection," Raiford explained. "You've got to send someone out there."

Upgrading the lights would make it easier for traffic engineers to remotely control the flow of traffic and reprogram lights when traffic snarls engulf roadways. Another change would be adding more updated sensors at intersections to detect when a single vehicle is sitting for several minutes at an empty intersection. The sensors would prompt the light to change.

Homeowners in Baton Rouge with $200,000 properties that are homestead exempt would pay $62.50 annually for the 5-mill property tax.

Pinsonat conducted the poll June 30 through July 3, and said a group of businesses paid $15,000 for it. The margin of error is plus or minus 4.9 percent.

In the poll, 43.5 percent of people said adding more traffic lanes would do the most to improve Baton Rouge's traffic problem and 28 percent said synchronizing traffic signals would make the most improvement.

The BTR property tax Broome is proposing would last for 30 years, being collected from 2018 to 2047. The rededication of the half cent sales tax would last until 2030.

Council members received the details of the property tax less than three hours before the Metro Council meeting started, but they have until Sept. 13 to make a decision on whether they want to place the tax proposal on ballots. If they agree to let voters weigh in on it, the tax would appear on the Nov. 18, 2017 ballot.

Low voter turnout, other taxes on the ballot and distrust of government could doom East Bato…

While he stood in a church Thursday that flooded with 2 feet of water last August, city-parish Director of Transportation and Drainage Fred Ra…

Got questions about the proposed roads tax? Public meetings set throughout parish

People who live in Kenilworth, Southdowns and other pockets of south Baton Rouge grappled Tuesday with wanting to keep their neighborhoods qui…