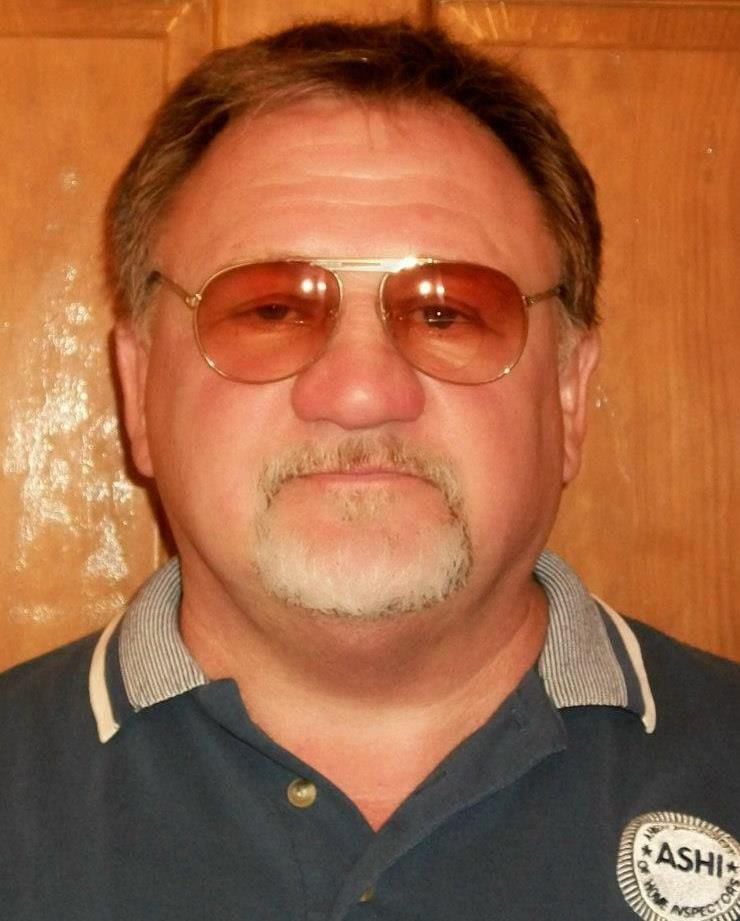 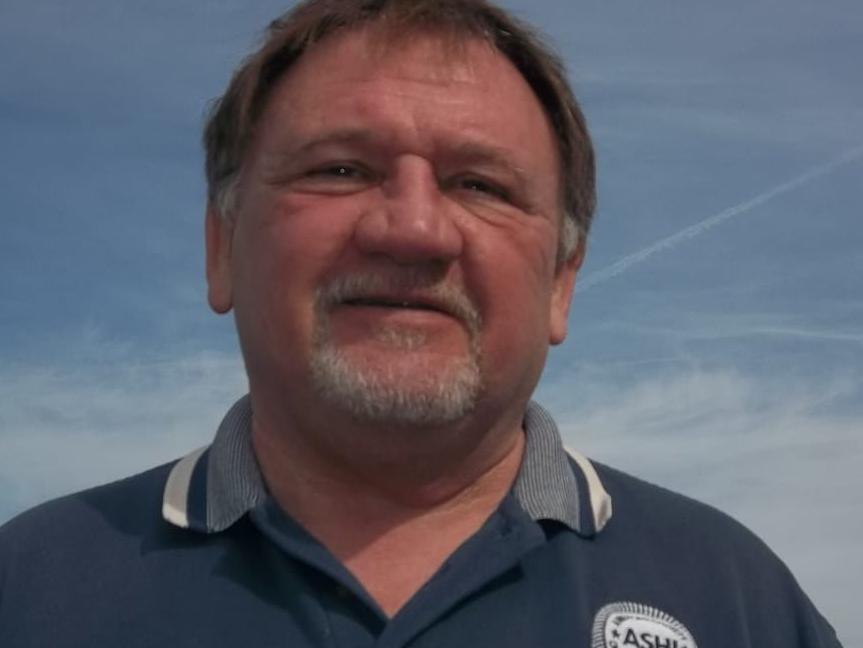 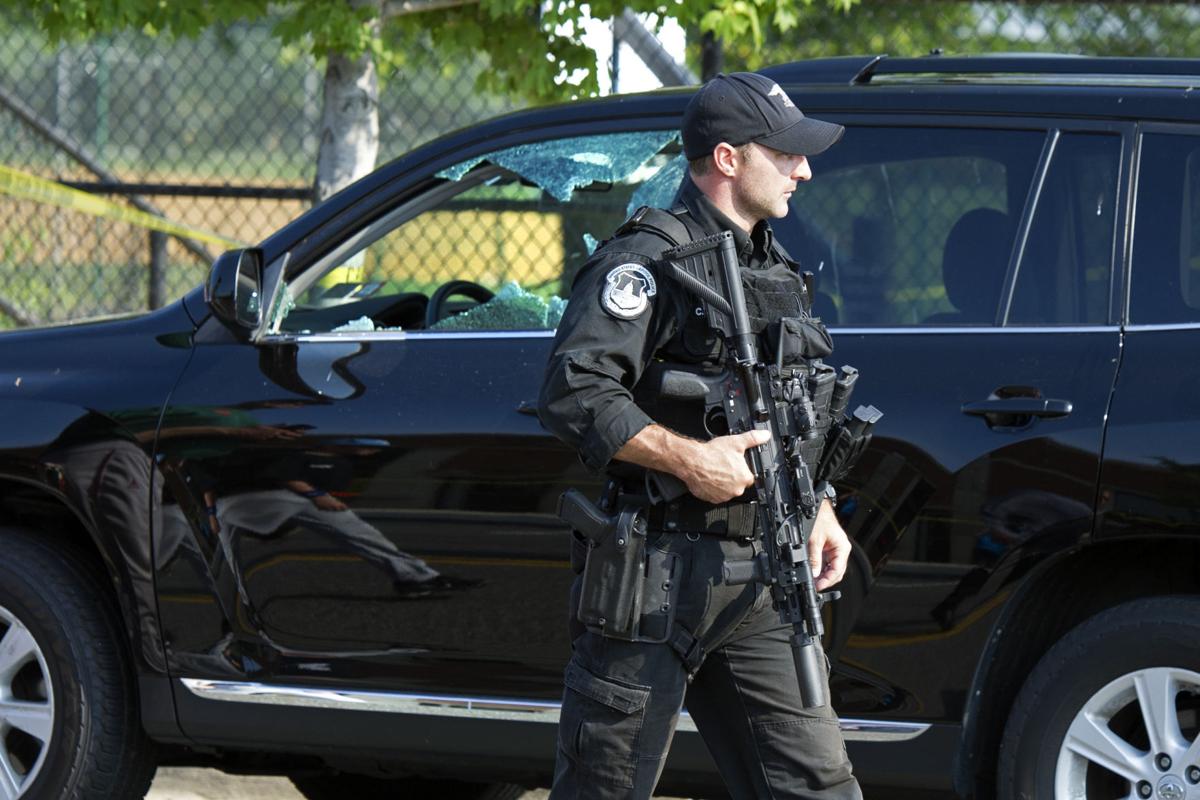 A Capitol Hill Police officer walks past an automobile with the driver's window damaged at the scene of a shooting in Alexandria, Va., Wednesday, June 14, 2017, where House Majority Whip Steve Scalise of La. was shot at a Congressional baseball practice. (AP Photo/Cliff Owen) ORG XMIT: VACO103

A Capitol Hill Police officer walks past an automobile with the driver's window damaged at the scene of a shooting in Alexandria, Va., Wednesday, June 14, 2017, where House Majority Whip Steve Scalise of La. was shot at a Congressional baseball practice. (AP Photo/Cliff Owen) ORG XMIT: VACO103

A 66-year-old man has been identified as the suspected gunman after an early-morning shooting that left five people hurt, including Majority Whip Steve Scalise.

James T. Hodgkinson, of Belleville, Illinois, has been identified by law enforcement after he was taken into custody, according to a report from CBS News.

He later died from his injuries, according to President Donald Trump in an afternoon press conference.

Hodgkinson's arrest came after he allegedly opened fire on a group of people practicing ahead of the annual Congressional baseball game Wednesday morning in Alexandria, Virginia.

Scalise (R-Jefferson) was shot in the hip and is out of surgery after suffering non-life-threatening injuries. He was in "good spirits," according to a statement from the Whip's office.

Hodgkinson is alleged to have used a M4 rifle as he opened fire toward the field. Witnesses said they heard at least 50 shots, which included Capitol Police and local officers who returned fire.

U.S. House Majority Whip Steve Scalise and three others have reportedly been injured in a sh…

A man identifying himself as James Hodgkinson was a prolific letter writer to the local newspaper in Belleville, in which he strongly criticized tax rates, condemned Republicans for admiring former President Ronald Reagan and expressed his regret that John Kerry lost the 2004 election.

A James T. Hodgkinson seems to have been a prolific writer of letters to the editor of the Belleville News-Democrat at one point. pic.twitter.com/y1sW2lhKb4

A Facebook page under the name James T. Hodgkinson, as well as another of James Hodgkinson — both listed as being from Belleville — feature a myriad of anti-Republican and Donald Trump posts, as well as support for former Democratic candidate Bernie Sanders.

One post, from March 22, reads: "Trump is a Traitor. Trump Has Destroyed Our Democracy. It's Time to Destroy Trump & Co."

The former page was actively being commented on as of 10 a.m. Hodgkinson was listed as the "former owner" of JTH Inspections and JTH Construction.

Sanders (D-Vermont) acknowledged Wednesday afternoon that he had learned Hodgkinson volunteered on his presidential campaign while denouncing and saying he's 'sickened by this despicable act' in an address to Congress.

"Violence of any kind is unacceptable in our society," Sanders said, "and I condemn this action in the strongest possible terms."

Sanders paid tribute to Capitol Police for their response to the shooting, and said his "hopes and prayers" are with Scalise and others who were wounded.

Hodgkinson has an arrest record in St. Clair County, according to a report from the Belleville News-Democrat, for offenses that include failing to obtain electrical permits, damaging a motor vehicle, resisting a peace officer, eluding police, criminal damage to property, driving under the influence and assorted traffic offenses.

Realtor Charlene Brennan, who works in Belleville, told the BND there was nothing about Hodgkinson that would have pointed to Wednesday’s events.

“From a business standpoint, he did not seem like he is a radical — opinionated but not a radical,” Brennan said to the BND. “He wasn’t obnoxious, he wasn’t problematic. When he did home inspections for me he didn’t rile up the buyers or make ridiculous statements.”

Hodgkinson is a licensed home inspector and for real estate appraisal in Belleville.

Check back for more.

Letters: Is there a coup against Trump?

The best way to describe it is a “coup.” Or if you are optimistic with respect to the survival of democracy, an “attempted coup.” Typically, i…

What we know so far about the attack that left 5 people injured, gunman killed:

U.S. House Majority Whip Steve Scalise, the most powerful Louisianian in Congress in decades, was badly wounded early Wednesday at a Republica…

James T. Hodgkinson a 'loner,' lived out of van in D.C. for months before Steve Scalise shooting

ALEXANDRIA, Va. (AP) — The gunman who wounded a top Republican congressman and several others during an early morning baseball practice had ap…