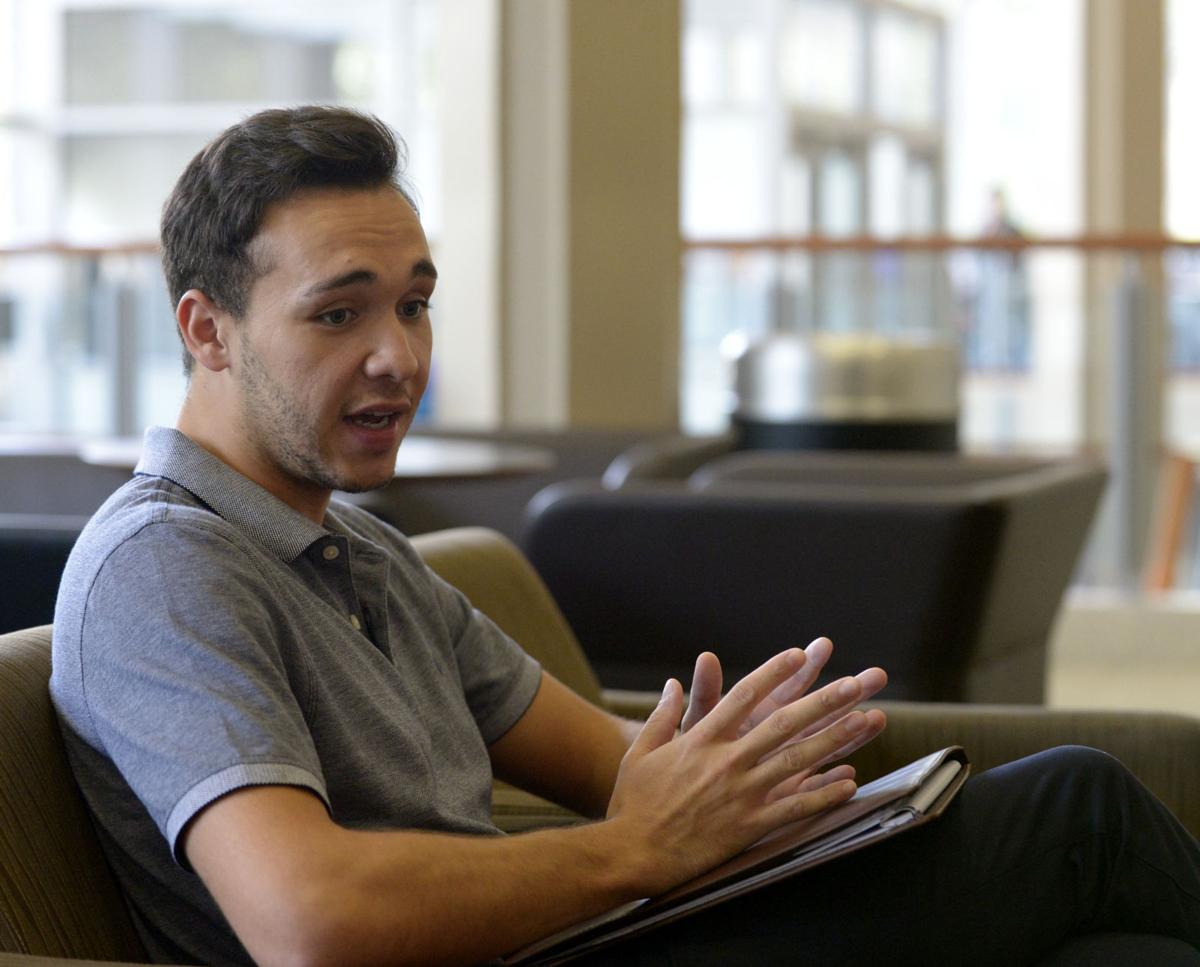 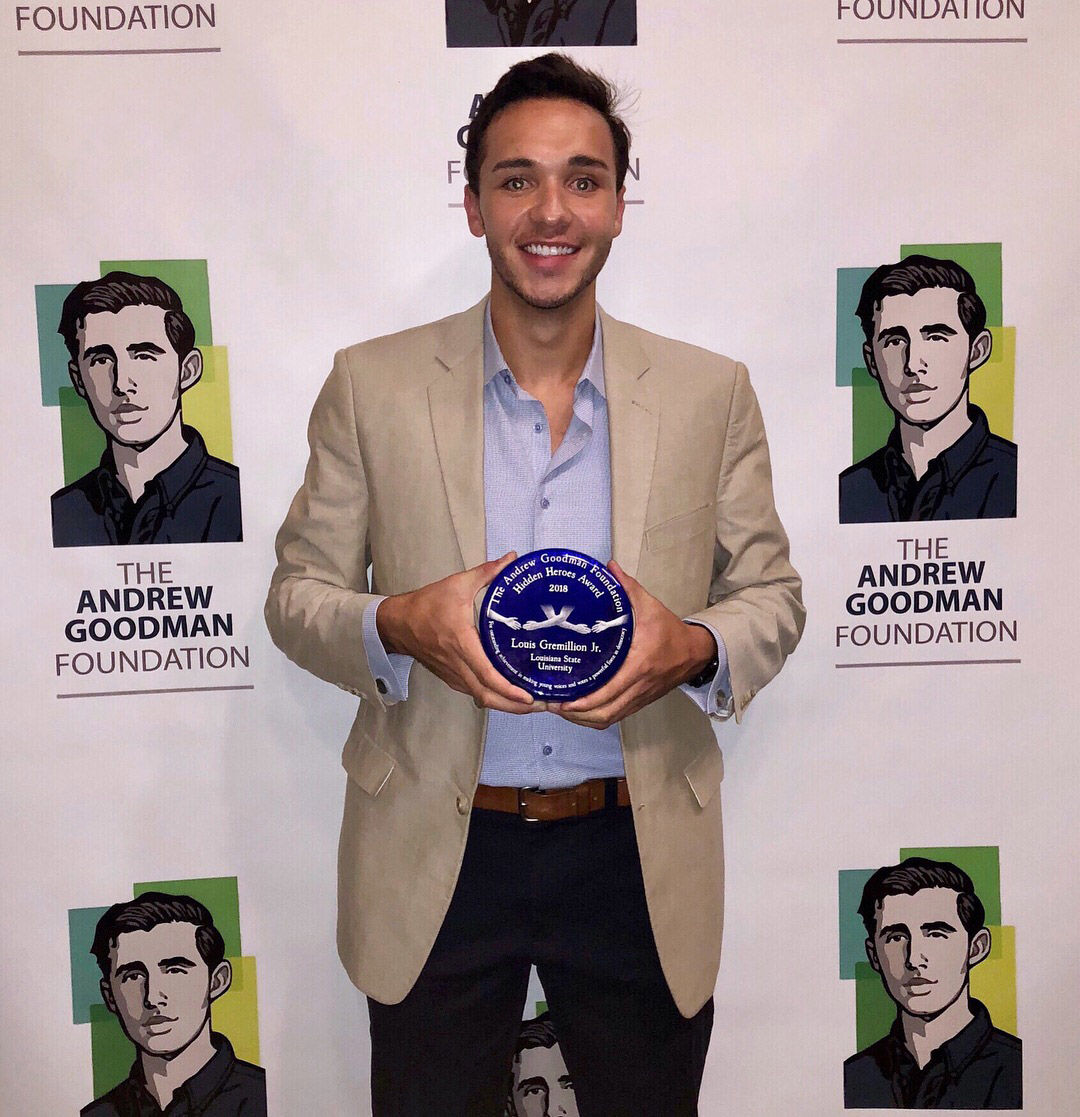 In the weeks leading up to the 2016 presidential election, LSU student Louis Gremillion and other student volunteers held a voter-registration drive on campus and found out how hard that effort could be.

Stationed at tables around the campus, student volunteers tried to hand out paper registration forms to the stream of students passing by.

"The forms were one sheet, but with lots of questions," said Gremillion, now a senior.

The volunteers collected, maybe, 15 registration forms a week out of the several-weeks long effort. The forms then needed to be driven over to the Secretary of State's Office on Essen Lane, with student volunteers not knowing whether the forms had been filled out correctly or would be tossed out.

"It was very clumsy, not the most efficient method," Gremillion said.

There had to be an easier way, students said.

Several years ago, the campus used an online program called LSU.turbovote.org but it became it too expensive, so the contract expired.

Gremillion and the volunteers went to members of LSU's Student Government and asked them to fund the $5,000 online program and they agreed to do it. Providing support was LSU President F. King Alexander and other university departments, Gremillion said. They first started offering the service to students at May's 10 freshman orientation sessions, leading to 200 new voters registered, Gremillion said.

"I'm interested in civic engagement, including protecting Democracy," Gremillion said. "How we do that is through voting and, obviously, registering to vote."

For his work in leading the student-initiated effort to bring TurboVote to LSU, Gremillion is one of five students nationwide who this month received the 2018 Hidden Heroes Award, given by the Andrew Goodman Foundation.

The foundation was started in 1966 by the parents of Andrew Goodman, who was murdered by the Ku Klux Klan in Mississippi in 1964, along with his two fellow civil rights workers, James Chaney and Michael Schwerner.  The three young men were there registering African-American residents to vote.

The foundation's Hidden Heroes Award is given to students working for the foundation's mission "to make young voices and votes a powerful force in democracy," according to the New Jersey-based nonprofit.

For the past year, Gremillion has been the lead  "ambassador" in the Andrew Goodman Foundation's Vote Everywhere program that was launched in 2014, on the 50th anniversary of the civil rights workers' murders, and now has 56 university and college partners, including LSU.

At LSU, the nonpartisan student program is called GeauxVote.

Students involved in GeauxVote also work to remove voting barriers and take up social justice issues on their campuses.

Gremillion's fellow ambassadors for GeauxVote are Zoe Williamson and Rachel Campbell. The ambassadors receive a stipend, activities budget, and ongoing mentorship, support, and training from the foundation's staff.

"We believe that at LSU, the state's flagship institution, we have a responsibility to do all we can so that students are aware of issues," Gremillion said.

Each university also has an administrator or "campus champion" for the GeauxVote program.

GeauxVote wanted to try TurboVote again, with the aim of registering a large number of students for the midterm elections, Apcar said.

"Louis (Gremillion) was part of a team of students who persuaded LSU student government this spring to buy TurboVote this year as a test to see if it made a difference in registering voters," Apcar said.

Another, longer term aim, Apcar said, is to "have enough new voters on campus to warrant parish authorities to create a polling place on campus, something LSU has not had in recent memory, if ever."

Off-campus polling places "create a burden for students without a vehicle," he said.

Gremillion, 22, a native of Port Allen, will graduate from LSU in political science in August and will continue his education at LSU in the fall, beginning the Master of Public Administration program with a focus on public policy.

He is wrapping up a three-year internship as an assistant with the state legislative House Democratic Caucus.

Last summer he interned with the U.S. Congressional Black Caucus Foundation, in the office of the chair of the foundation, U.S. Rep. Cedric Richmond, D-New Orleans.

"I got inspired by government and Democracy and public service in 2007, when I was in seventh grade" during President Obama's first run for office, Gremillion said.

"I admired that he was a very inspiring leader. He was able to uplift and install hope in people," Gremillion said. "That's the brand of politics I love."

Gremillion said he's not sure what career he will follow out of graduate school, but said, "I definitely want to pursue developing policies and advocating on behalf of communities who really need the policies."

After the 2016 presidential election, I began teaching an undergraduate class about fake news, social media and how our information can be eas…