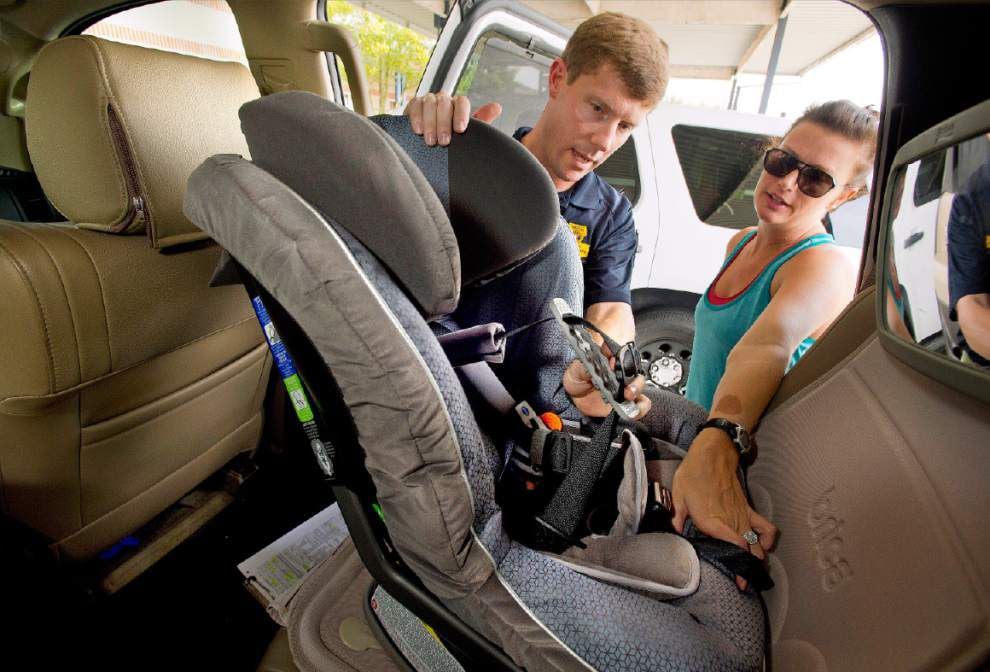 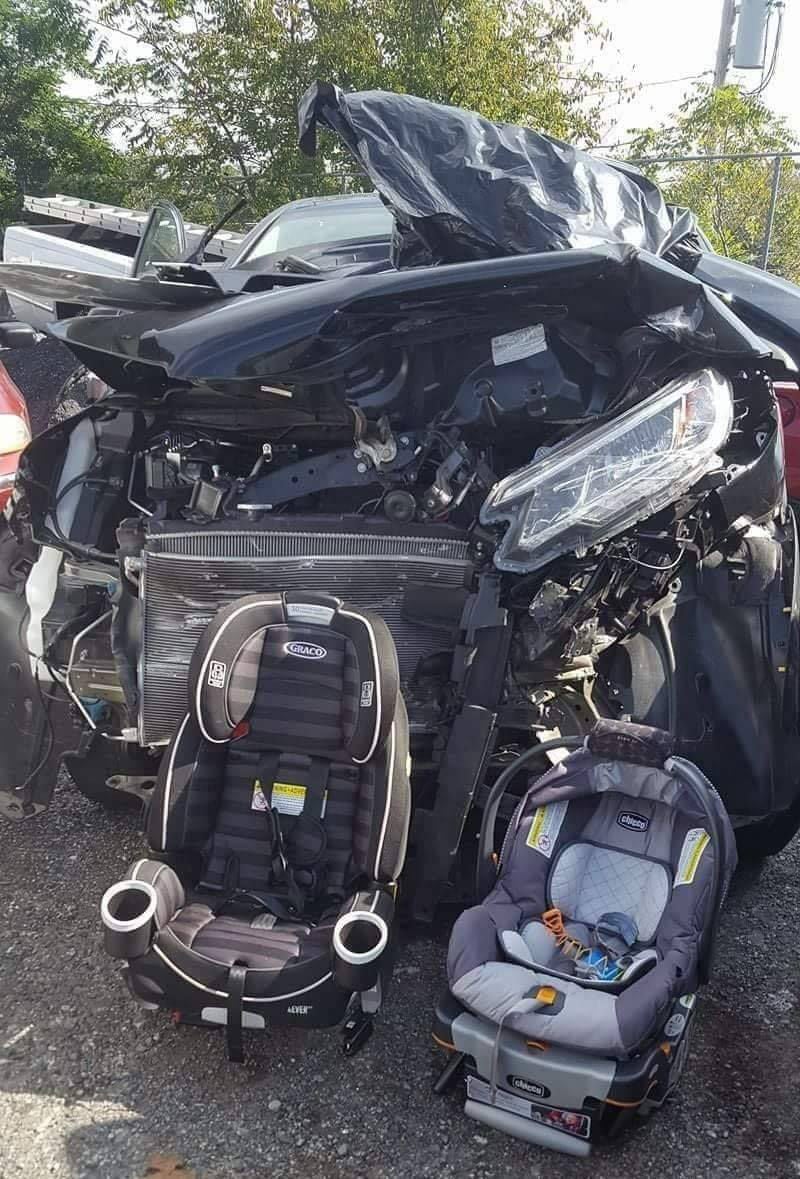 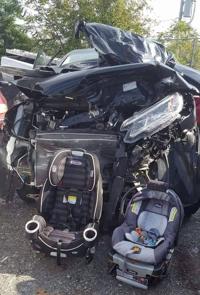 A mom posted this picture to Buckle Up Louisiana in June, showing the car seats that kept her two sons safe and sound, when a driver ran a red light and crashed into her family's car.

A mom posted this picture to Buckle Up Louisiana in June, showing the car seats that kept her two sons safe and sound, when a driver ran a red light and crashed into her family's car.

Louisiana's updated car seat law will take effect in the coming week, but what's not changing is how police intend to enforce it.

State legislators this year tied child passenger safety more firmly to a car seat's height and weight limits, after 110 children below the age of 14 died in vehicle crashes in Louisiana over the past three years.

The tougher restrictions take effect Thursday. Under them, children age 12 and below must be restrained in the rear seat.

Police are being instructed to enforce the new law like the old law: If a passenger below the age of 18 doesn't appear to be restrained anywhere in the vehicle, the violation is a "primary offense" and a driver can be pulled over for that alone. If a motorist is pulled over for something else and a child is found to be restrained improperly, a ticket can be given for that as a "secondary offense."

Take note, Louisiana: These new car-seat laws will likely affect you and your children

Sgt. Melissa Matey, education supervisor with the Louisiana State Police, said she understands there may be some confusion at first.

"We're trying to educate the parents. They want to keep their child safe," she said.

A list of places where parents and guardians can get help installing child safety seats is available on the Facebook page of Buckle Up Louisiana, run by the University Medical Center in New Orleans.

That page and the Louisiana State Police Facebook page are two places where parents can ask questions and get information on the new law, Act 51, which was signed by Gov. John Bel Edwards in June.

The troops also provide this service by appointment.

In general, the new law, which amends previous legislation and is based on standards adopted by the American Academy of Pediatrics, requires that:

Under the previous law, 1-year-old babies who weighed at least 20 pounds could be moved to front-facing car seats; children at age 6 who weighed more than 60 pounds could go to seat belts, and there was no restriction on when a child could move to the front seat of the car.

Driving with a child passenger under the age of 18 who's not secured in any type of child restraint draws a $100 fine for a first offense, with the fine going up for any subsequent offenses.

Drivers stopped for a moving violation and found with a child in a restraint that is not age- or size-appropriate may be cited for that as a secondary offense and can be fined up to $100.

A handful of states enforce improper use of child safety restraints as a primary offense. One of them is Oregon, the home state of Dr. Ben Hoffman, the chairman of the Council on Injury, Violence and Poison Prevention for the American Academy of Pediatrics. Hoffman was part of an effort to get a new child passenger safety law passed in Oregon in 2016.

"If nobody got a ticket, I'd be fine," Hoffman said. "It's not about punishing. Laws are the most effective way to change people's behavior."

Dr. Dawn Marcelle, the administrative medical director of the Louisiana Department of Health's Region 2, which includes East Baton Rouge and surrounding parishes, said the new law is something that's "dear to my heart."

"Injuries are a leading cause of death for children between the ages of 1 and 14, and a significant part of that is due to multi-vehicle crashes," said Marcelle, who is a pediatrician.

"It's up to us (adults) to make these best-safety decisions for (child passengers) because they can't," she said.

People must be at least 16 years old to marry in Louisiana, medical marijuana patients can inhale cannabis and women seeking medication aborti…