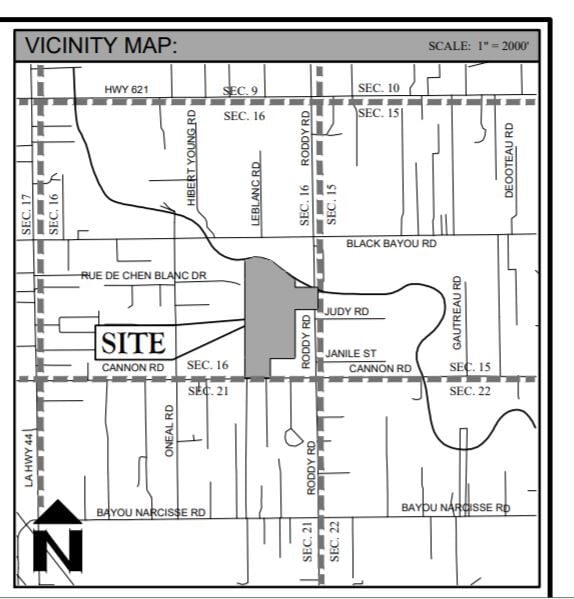 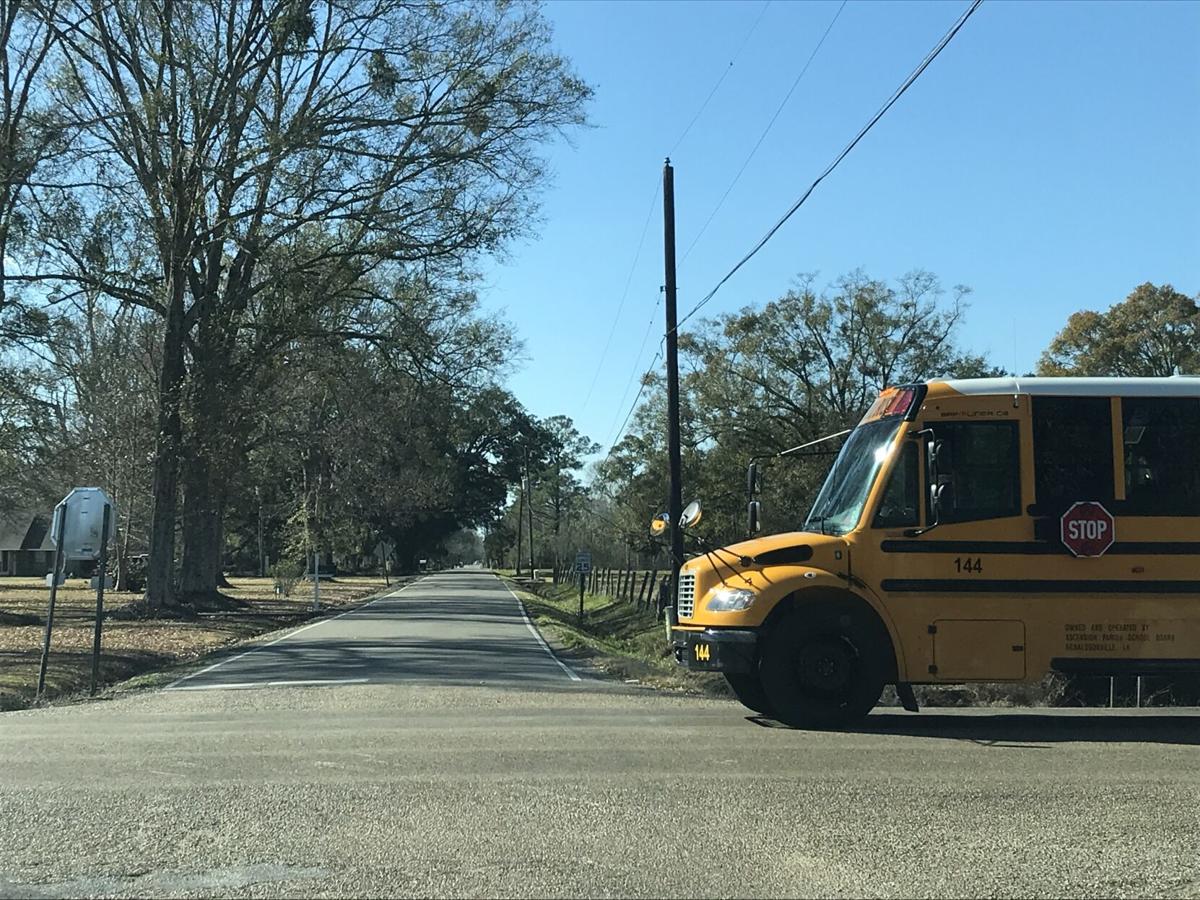 GONZALES — Even in the face of an uproar from residents over flooding, the Ascension Parish Planning Commission approved plans to construct several new neighborhoods in a tense, marathon meeting Wednesday night.

The votes happened hours before a moratorium on approval for new construction, implemented after May's flash flooding, was set to take place Thursday.

The commission approved plans for the controversial, previously denied Delaune Estates neighborhood off La. 73. It also authorized home construction in two other, previously approved neighborhoods, and it cleared the way for a wider Cannon Road by allowing the future Windermere Crossing neighborhood to have one exit.

The council-appointed Planning Commission pushed through the two most controversial of those projects on 3-2 votes -- Delaune Estates and Windermere Crossing -- as residents implored, chastised, mocked and, at times, sparred with the appointed, volunteer commissioners for more three hours, seeking in vain for denials.

That opposition was laced time and again with broader criticisms from residents, many familiar faces in the parish's years of development fights, that parish leaders were continuing to allow new growth in spite of what many speakers argued was their daily reality of overburdened roads and drainage and of past builders who haven't followed through on their promises.

Election recall movements are building against as many as six members of the Parish Council.

Commission Chairman Matt Pryor faced personal criticism and claims, in the case of Delaune Estates, that he was contradicting his own position on how to interpret the parish traffic study policy, aired last month to deny a townhome project on La. 73.

Pryor disputed the criticism, saying he was following the law set out by the council.

The hearing on Wednesday night also brought to light the personal impact on the other side of these disputes, longtime landowners who have watched Ascension change and are trying to sell family land in their later years.

Bill Delaune Jr. and his wife, Pam, explained their decision to sell the pasture land and the Delaune family's history in the school system and building the parish over the past 100 years, even donating the land for a church along La. 73.

The two high-profile neighborhoods and other matters before the commission, including more than a dozen new individual family lots, had been submitted and in the parish review process before the moratorium took effect, parish officials said.

Ascension government is putting the brakes on new housing plans and most new business plans to address concerns about drainage, changing climate and overdevelopment in Louisiana's fast-growing parish since the August 2016 flood.

A local builder group said the effect of the nine-month moratorium, which is now in place after a contentious Parish Council vote last month, will be to tighten housing supply and raise home prices in a high-demand market already fighting high labor and materials costs.

"It’s unfortunate to see the fastest growing parish in our state take action that inhibits growth and so many other positive results," Karen Zito, president and chief executive officer of the Greater Baton Rouge Home Builders Association, said in a statement. "As an industry, we remain committed to solving infrastructure issues with policy makers and regulators."

Votes to bring benefits to parish

The commission vote to approve the preliminary plan for the 237-home Delaune Estates likely settles a $7 million lawsuit that the landowners had brought against parish government in last fall after the commission had previously denied the plan in March 2020 and the Parish Council failed to overturn the decision in July.

Jeffrey Schoen, the attorney for the Delaune family, promised the commissioners the suit would be dismissed if the plat were approved. The commission approved the project on the condition that the suit be dismissed.

Commissioner Aaron Chaisson, a lawyer, argued that with the litigation pending, the project was still in appeal over the first denial and could not be considered yet. Commission attorney, Spencer Long, found, however, that the appeal process had ended with the council vote in July.

The vote on 103-home Windermere Crossing, which was previously approved in January in a virtual meeting that residents said had connection problems and denied their ability to comment, cuts out one of two exits from the neighborhood in favor more than $750,000 in improvements to widen narrow Cannon Road to 20-feet wide.

The new community will empty onto Cannon only, no longer on Roddy Road, too. The builder's engineer, Deric Murphy, promised the road widening project would "absolutely" be finished before homes are allowed to be built in Windermere Crossing.

He said the corridor along Cannon to be widened, between Roddy and La. 44, could be built in the existing right of way and would not need additional land, which would likely have to be bought by parish government. The earlier approval only called for widening Cannon to 18 feet wide from Roddy to O'Neal Road.

A past parish proposal to widen Cannon nearly two decades ago, which would have required significant land purchases and home buyouts, caused opposition from residents who live along the road and have homes close to the street. Some residents said they were opposed to a wider Cannon.

While residents raised drainage worries from the earthen fill to be placed on the 86-acre Delaune Estates, traffic on congested La. 73 northeast of Interstate 10 was the major worry.

An older traffic study, submitted when the project was denied in March 2020, showed the overall performance of intersections along La. 73 between Delaune Estates and I-10 would meet at least minimum parish performance requirements with some traffic light adjustments by DOTD around the I-10 interchange.

Several individual legs of those intersections, however, would be substandard.

That study also had to project the traffic benefit of a wider Interstate 10 and the traffic impact of the now opened Bluff Ridge Primary School and Baton Rouge General - Ascension hospital.

Since then, the developer of Delaune Estates conducted a new traffic study that measured those actual impacts and benefits. The new study showed, with DOTD traffic light adjustments, even the underperforming legs of intersections could be improved at least to parish minimum performance standards.

But residents criticized the validity of the new study results because it was conducted in November during phase II of the coronavirus restrictions. They contended the restrictions reduced commuter and school traffic among the four schools in the La. 73 corridor between Dutchtown and Airline Highway.

One resident also passed out  state Department of Transportation and Development policy memos to commissioners. She said they showed the state agency was not in November and still is not accepting new traffic study data while the impact of the pandemic remains unclear.

"The state of Louisiana DOTD is not accepting traffic study analysis because of the COVID pandemic. Why would Ascension Parish accept them?" Denise Drago asked.

Later, this prompted questioning from Commissioner Chaisson about the DOTD policy and how the parish handled the second Delaune Estates study.

Shaun Sherrow, a consulting engineer with CSRS who reviews subdivision plans for parish government, told Chaisson that the DOTD policy does not currently accept new traffic data but only pre-pandemic data or requires builders to pay fees to address any possible impact that is not accounted for.

The parish doesn't have the option of requiring builders to pay as DOTD does, so, Sherrow said, the parish required a 10% upward adjustment of the actual traffic counts in the new Delaune Estates study to try to account for any impact from the pandemic.

"We thought that was an acceptable solution at that time to analyze traffic for this particular development," Sherrow said.

But, Sherrow also acknowledged to Chaisson that this adjustment was a judgement call that the commissioners could consider in their decision to approve or deny.

Sherrow added that it was reasonable for the commissioners to suggest that the study be done at a later date when traffic might return more to normal conditions.

"So that could be a reasonable option?" Chaisson asked Sherrow.

"That is a reasonable option," Sherrow responded.

Any delay would have to wait out the moratorium, however. Chaisson later proposed denying the project but failed to get a second.

The vote to approve the revised preliminary plan for Windermere Estates fell the same way.

Separately, the final plan approvals for the 95-home Forestwood and 86-home Jamestown Crossing neighborhoods sailed through the Planning Commission with little comment on the consent agenda before residents rose to oppose Delaune Estates and Windermere Crossing.

ST. FRANCISVILLE — Almost a year after imposing a moratorium that shut down most residential development, West Feliciana Parish officials and …