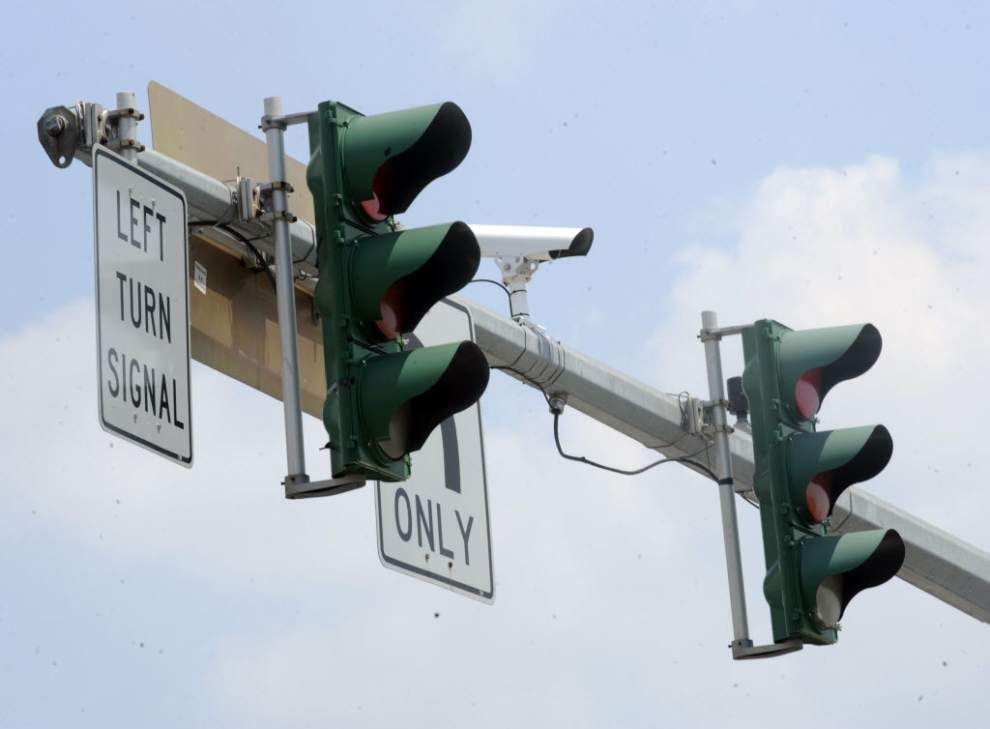 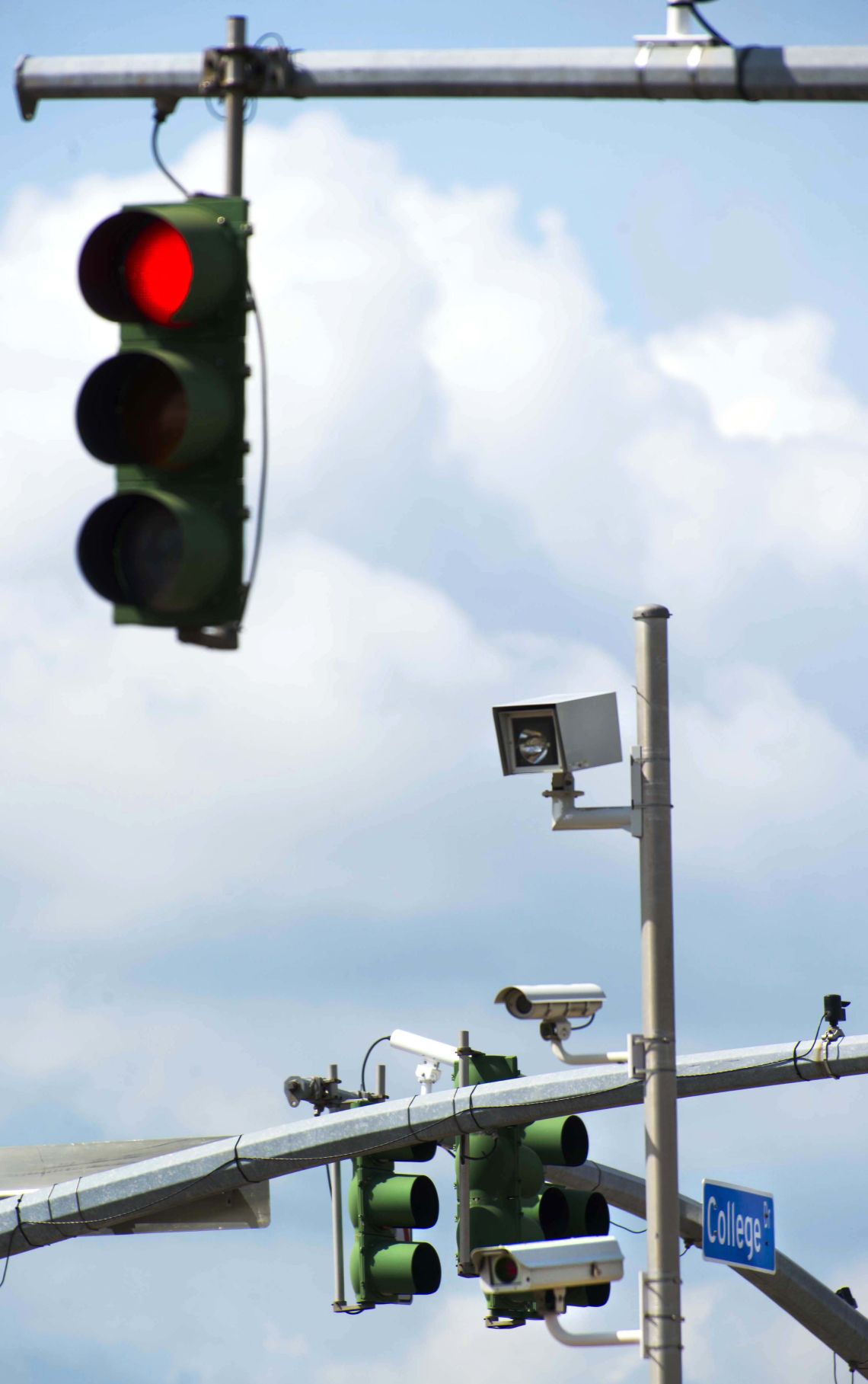 The private company that owns and operates Baton Rouge’s red light camera monitoring system was censured in North Carolina for operating without an engineering license. The firm also isn’t licensed in Louisiana.

That's raised concerns for several East Baton Rouge Parish Metro Council members who are slated to vote on a four-year contract extension with the firm at its Nov. 26 meeting.

Louisiana Revised Statute 37:681 also requires firms practicing engineering to be licensed “in order to safeguard life, health and property, and to promote the public welfare.” Neither American Traffic Solutions nor its subsidiary Verra Mobility are licensed with Louisiana’s Professional Engineering and Land Surveying Board, according to a database maintained by the state agency.

American Traffic Solutions did not return repeated requests for comment, however, Mark Armstrong, a spokesman with the Mayor-President’s Office, said the firm assured the city-parish that it was in compliance with state law.

“If (Louisiana’s engineering board) comes back and rules on this particular case that they need to be certified, then we expect them to be certified,” Armstrong said. “We don’t expect that to have any effect on the cameras that have been up for 10 years.”

It isn't immediately clear whether the lack of a license would give drivers who received tickets an opportunity to challenge them.

The Arizona-based vendor first began operating in East Baton Rouge Parish in 2007 when then-Mayor-President Kip Holden championed the installation of a half-dozen of the red light cameras across the city. The firm was not licensed in Louisiana.

The Mayor’s Office is set to ask the Metro Council to green-light a new, four-year contract to operate the city-parish’s red light cameras, th…

For comparison, when contractors fill out request for qualification forms to work for the state’s Department of Transportation and Development, they are required to provide their firm license number as registered with Louisiana's engineering board.

Donna Sentell, the executive director of Louisiana’s engineering board, said she couldn’t comment on the specifics of this case but likened the importance of engineering licenses to that of medical licenses.

“It’s the same thing as a doctor being licensed to treat a sick person for an illness or a disease,” Sentell said. “Engineers provide services in which the public could be harmed. You want to ensure competency.”

A firm license is an “added layer of protection for the public” that the company is in good standing with the state and has a qualified supervising professional, Sentell added.

The Advocate requested copies of the engineer-approved installation plans for the red light cameras at each of the 16 intersections. The Parish Attorney's Office, however, was only able to produce documentation for cameras at five intersections.

When used on a set of plans or documents, an engineering seal serves as a signal to regulators and the public that the work meets the standards of a qualified professional engineer who is ethically obligated to safeguard the health and welfare of the public.

Neither the city-parish nor American Traffic Solutions could provide the certified engineering plans for the remaining intersections, though Armstrong said signed and sealed plans were provided to the city-parish before any installations occurred.

After an investigation, North Carolina’s Board of Examiners for Engineers and Surveyors determined Wilmington’s red light cameras qualified as a form of engineering and placed American Traffic Solutions on notice for practicing engineering without being properly licensed.

North Carolina’s engineering board determined Rennebaum had “aided or abetted" an attempt to evade state law and ordered him in May to pay $5,000 and to take remedial engineering ethics courses.

American Traffic Solutions’ lack of license has raised a number of questions among Metro Council members.

Councilman Chandler Loupe said he wondered whether it could have “blowback” with regard to the city-parish’s ongoing red light camera litigation. That lawsuit, filed in the 19th Judicial District Court in December, challenges whether American Traffic Solutions is authorized to issue citations under the parish’s home rule charter.

Councilman Matt Watson questioned whether the firm’s lack of license could make the film captured by the cameras inadmissible in court. The updated contract would allow ATS to replace the existing cameras with more up-to-date equipment that would allow police officers to monitor live feeds at the forthcoming Real Time Crime Center.

“If these cameras are tied to the Real Time Crime Center, and it turns out the firm didn’t have an engineering license, how would that affect the usage of the film as evidence? What if the film shows a murder?” Watson said.

Councilwoman Chauna Banks said the firm’s lack of license alone doesn’t bother her. However, she said she does think the city-parish needs to determine whether the firm does indeed need a license before a contract is signed.

Daryl Gissel, the city-parish’s chief administrative officer, emphasized the importance of the red light cameras to public safety. He said placing a police officer at certain busy intersections — like College Drive and Interstate 10 — would backup traffic and be a safety hazard for law enforcement.

“If you get rid of red light cameras, there’s no other way to do any type of enforcement in those intersections,” Gissel said. “If you put a cop there trying to stop people running that red light, you’d shut down the entire city.”

The East Baton Rouge Parish Metro Council has agreed to extend the contract for the red light camera program for another four years, after wee…