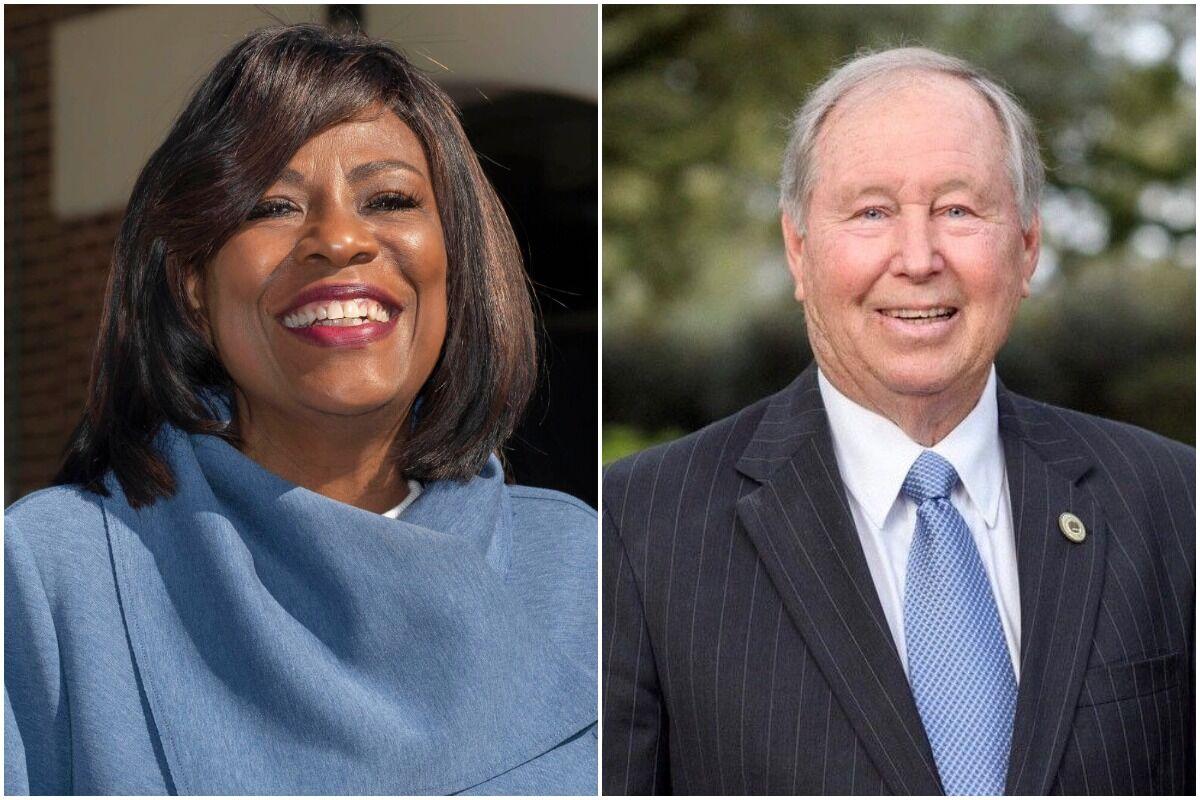 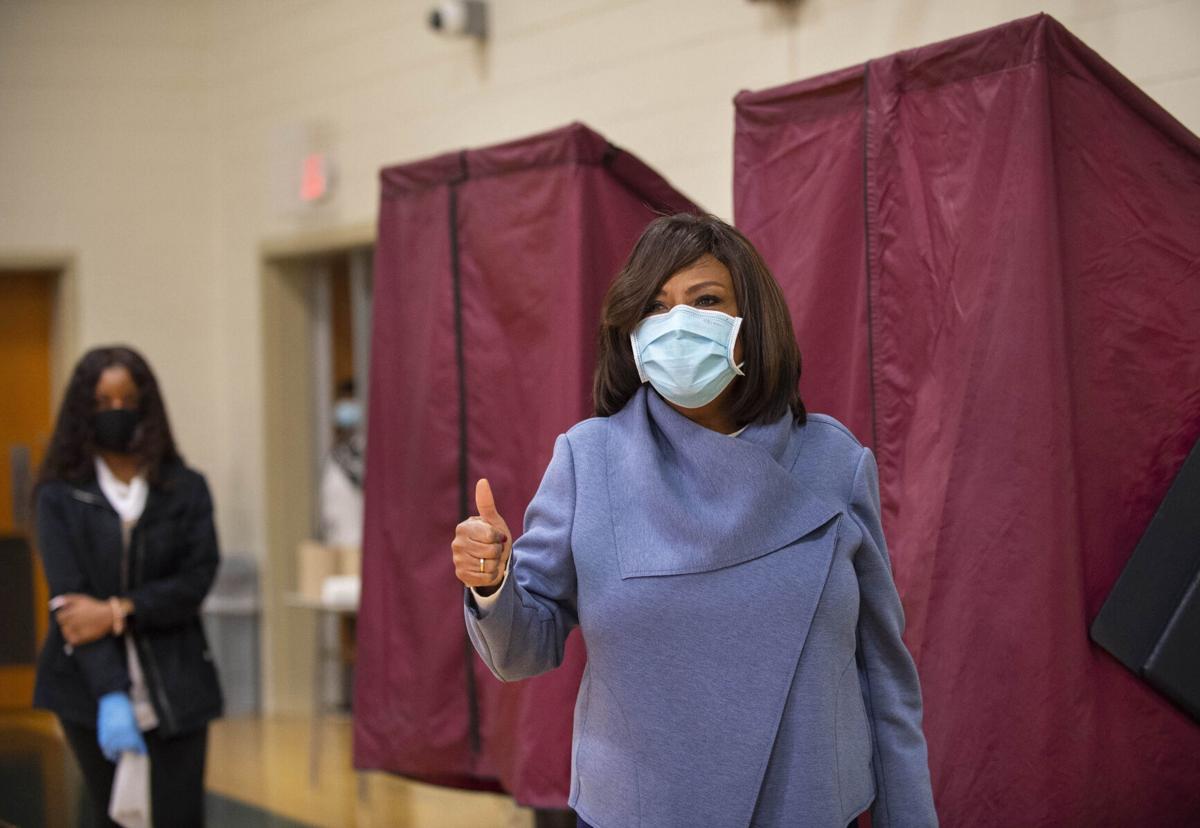 East Baton Rouge Mayor-President Sharon Weston Broome gives a thumbs-up after emerging from the voting booth at the polling location at Baton Rouge's Park Forest Middle School, on election day, Tuesday, Nov. 3, 2020. Election commissioner Kyra Albert is at left. Broome was seeking her second term in office, but is entering a runoff with Steve Carter. 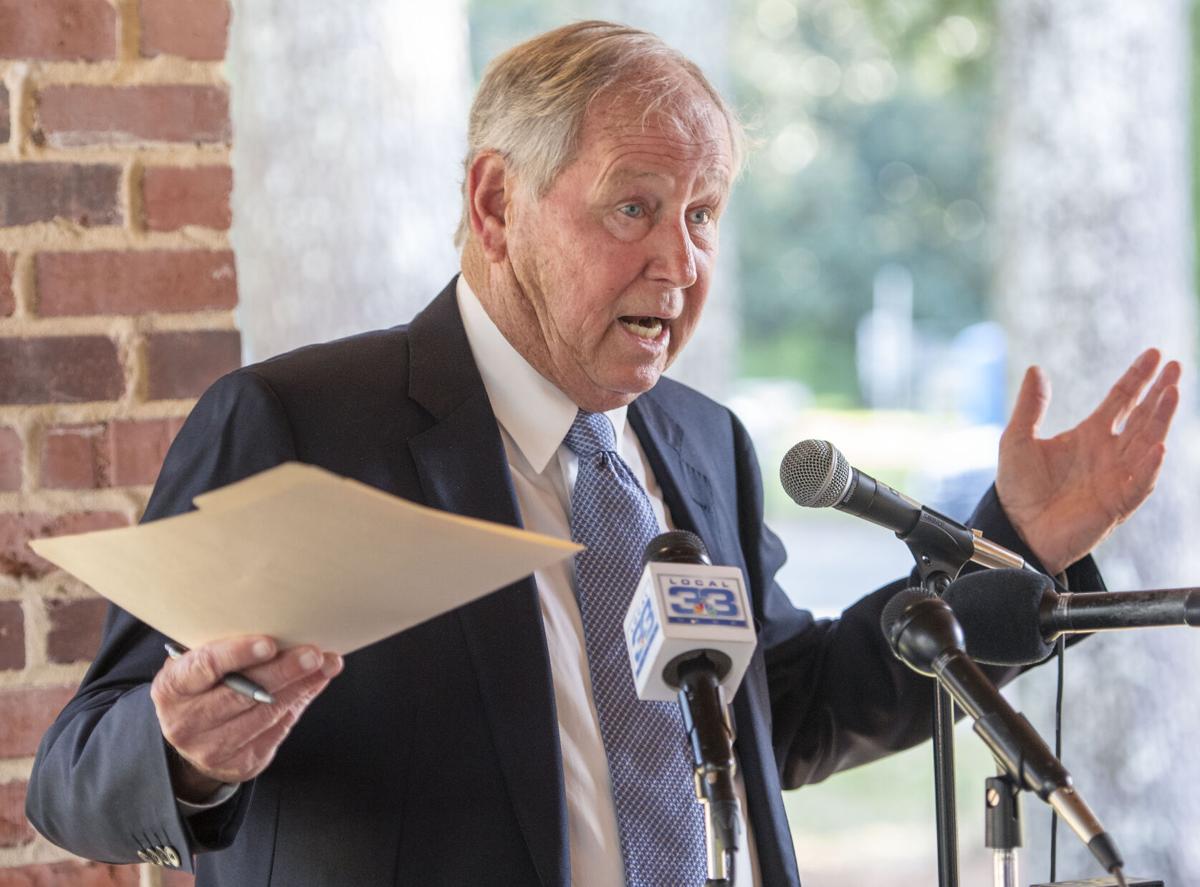 East Baton Rouge Mayor-President Sharon Weston Broome gives a thumbs-up after emerging from the voting booth at the polling location at Baton Rouge's Park Forest Middle School, on election day, Tuesday, Nov. 3, 2020. Election commissioner Kyra Albert is at left. Broome was seeking her second term in office, but is entering a runoff with Steve Carter.

Another surge in coronavirus cases has canceled schools, put hospitals on high alert and put the coming Mardi Gras in doubt -- which all makes the virus a central issue in the race for East Baton Rouge mayor-president.

The pandemic has changed the election, preventing candidates from traditional campaigning through in-person fundraisers and going door to door. On Wednesday, WBRZ had to postpone its televised debate between incumbent Sharon Weston Broome, a Democrat, and former state Rep. Steve Carter, a Republican, after someone with close ties to Carter tested positive for coronavirus.

Carter said in an interview Thursday that he later received a negative test result.

Should voters give her another term in the Dec. 5 runoff, Broome says she intends to take a "very responsible" approach when it comes to dealing with the respiratory illness.

Her opponent, former state Rep. Steve Carter, thinks Broome didn't do a good enough job during the first wave of shutdowns and restrictions this spring. He says she didn't communicate well with the parish's hospitality industry, which took a huge financial hit because of the mitigation efforts.

If he had been mayor, Carter says he would've pushed for a more nuanced approach to the shutdowns, like allowing bars that abide by social distancing and mask-wearing mandates to remain open.

Broome balks at critics who say she implemented coronavirus-related restrictions without any forethought about how they would affect the local business community.

She points to her Keep BR Serving initiative, which encouraged citizens to buy gift cards to their favorite restaurants for future use -- with a percentage of the proceeds going to cover lost tips and wages for hospitality employees. She also points to the launch of a $1 million microgrant program that was available to locally-owned small businesses affected by the coronavirus pandemic.

"I started meeting with stakeholders in the community and that's how we came up with Keep BR Serving," she said. "I don't just spring decisions on people. I include them in the process. That's how we've been able to get people to support us in navigating this."

Broome met with local parade organizers late last week about Baton Rouge's Mardi Gras, discussing whether parades could move forward. No final decision has been made yet.

Broome says her decisions about stopping Mardi Gras and other events -- like any other new restrictions -- will be made in collaboration with all those affected.

"I believe my collaboration with medical professionals and the business community have put us in a position, or laid the foundation, for us to navigate this pandemic," she said. "But it needs to be made clear, that decisions and certain restrictions as it relates to some of the issues surrounding COVID-19 have taken place on the state level."

Broome restricted large gatherings in the city-parish during the early days of the pandemic back in March. She issued a mandate that people wear masks in public just days before Gov. John Bel Edwards, her political ally, implemented one statewide.

Broome has mostly colored within the lines of Edward's mitigation measures. That's different from some other mayors -- like those in New Orleans and Lafayette -- who have either gone further than the governor in imposing restrictions or tried to be less heavy handed than the state.

Carter: "I think too many people have relaxed"

Despite criticism of the mask mandate from some quarters of the GOP, Carter agreed that the policy was needed to help mitigate the virus' spread. He failed to win the endorsement of the local Republican Party, in part, because he wasn't critical enough of the mandate, said Woody Jenkins, the party's chair.

When asked whether he agreed with a petition in the state legislature to temporarily rescind Edwards' coronavirus restrictions, Carter said he didn’t have enough information to have an opinion. The petition, signed by 68 House Republicans, was later struck down in court as unconstitutional.

Carter said that if he was mayor-president he would sponsor a massive campaign to let residents know the virus is serious, and that they need to wear a mask, social distance and wash their hands.

Carter said that he’s recently felt himself fall victim to so-called “COVID fatigue,” a term to describe complacency as the nation enters its eighth month of pandemic. He said he sometimes forgets his mask in his car – but now realizes that “it’s not OK.”

“I’ll forget it because everything feels like it's back to normal when really it isn’t,” Carter said. “I think too many people have relaxed how they’re treating the virus.”

As Sharon Weston Broome and Steve Carter prepare for a Dec. 5 runoff in the race for East Baton Rouge Parish mayor-president, their campaigns …