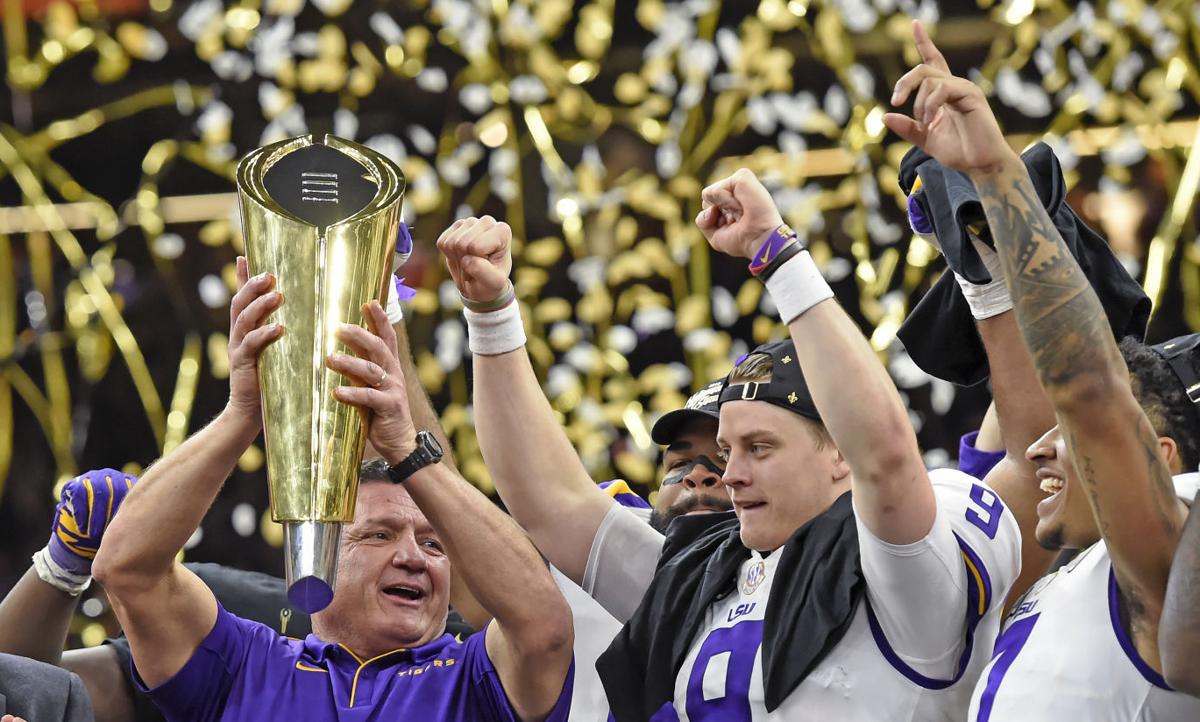 People ask Kenny Haynes all the time: What’s it like being an LSU fan in Alabama?

“It keeps you sharp,” Haynes said. “You keep an ear out for like-minded folk.”

The Webster Parish native and LSU alumnus has lived in Birmingham since 1998, putting him on the turf of two schools — the University of Alabama and Auburn University — that take college football as seriously as his alma mater.

“Over here, you’re looking for a way to stick your chest out a little bit,” Haynes said.

One day, Haynes saw an Alabama license plate with Mississippi State regalia. He thought, “Why don’t we have a tag?”

After all, that’s one way to stick your chest out a little bit.

Haynes, the vice president of the Greater Birmingham LSU Alumni Chapter, decided to launch a campaign to get an LSU license plate behind enemy lines. And, after getting the needed 250 commitments to buy the plates, that campaign is now officially a success.

"We're having jambalaya victory celebrations in Mobile and Birmingham this spring," Haynes said.

Wingo, a former linebacker, played for University of Alabama coach Paul "Bear" Bryant" and helped carry the team to a Sugar Bowl victory — and consensus national championship — against Penn State in 1979. He went on to play for the Green Bay Packers from 1979 to 1984.

"Is there such a thing as an Alabama logo on Louisiana license plates?" Wingo asked on Thursday.

No, there isn't; not every state provides for it.

"Ah," Wingo said. "You're going to have to advocate for me that those people in Alabama are so good and kind."

He told the reporter, "I'm counting on you to go to your local legislature in Baton Rouge and do the same thing for us.”

To get what Alabama calls a “distinctive” license plate, petitioners need to get a minimum of 250 people to pay a $50 fee — the cost of a standard state license plate is $23. If enough people had not signed up, the fees would be refunded.

License plate designs have to be approved by an Alabama legislative oversight committee.

It may gall those who shout “Roll Tide” or “War Eagle” to see an official license plate with the colors of an SEC West rival. But it might comfort them to know that the proceeds go to the general fund of Alabama state government.

In-state schools, on the other hand, get to keep the proceeds of their license plate sales.

The law allowing the school-themed plates took effect in 2014, said Frank Miles, public information manager with the Alabama Department of Revenue. Mississippi State was the first school to win approval, and it has since been joined by the University of Mississippi, Florida State University and the University of Georgia

Brian Hommel, director of LSU's trademark licensing department — which did the design for the Alabama license plate's LSU logo — said you can find LSU license plates in Texas, Mississippi and Georgia.

Each state has a different process for approving the plates, Hommel said. And it isn’t easy.

Every five years, Alabama requires a redesign of its distinctive plates, Haynes said. More elaborate designs can be submitted at that time — he is picturing a purple-and-gold tiger eye — but they require 1,000 commitments.

"In five years, maybe we'll try for that," Haynes said.

Our Views: For Joe Burrow, Manning Award is another symbol of his Louisiana home

Just when we think that Joe Burrow of Athens, Ohio, could not become more one of us, he does: the Manning Award.