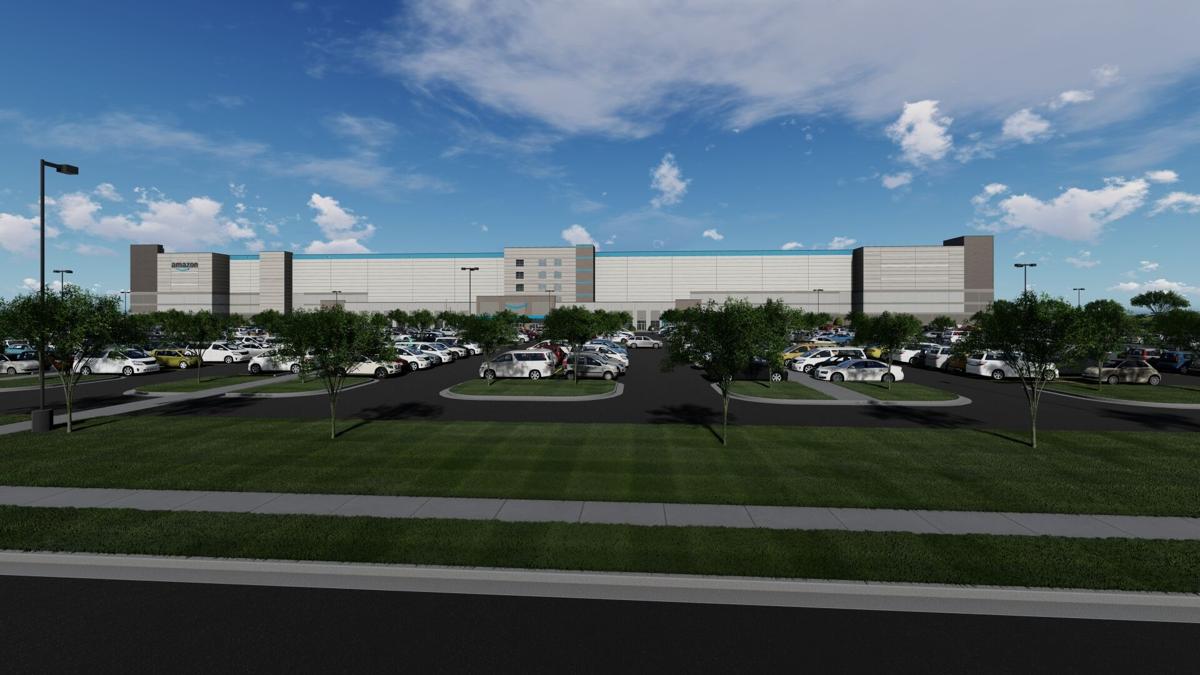 A rendering shows the $200 million, 3.8 million-square-foot Amazon fulfillment center that will be built on the Cortana Mall site in Baton Rouge. 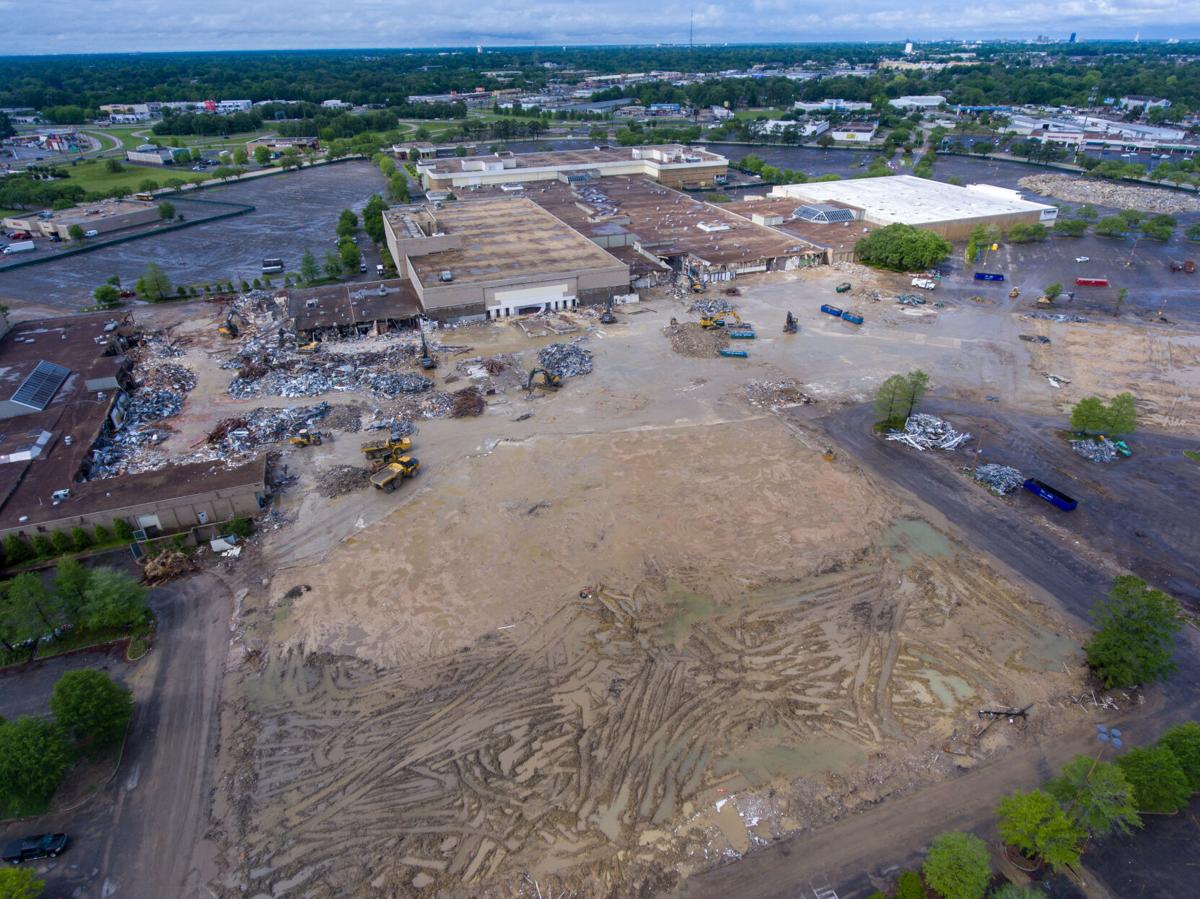 Demolition continues on Cortana Mall. Seefried Industrial Properties applied for a permit to build a 3.8 million square foot Amazon fulfillment center on the site of Cortana Mall.  The building should be substantially completed by September 2022.

A rendering shows the $200 million, 3.8 million-square-foot Amazon fulfillment center that will be built on the Cortana Mall site in Baton Rouge.

Demolition continues on Cortana Mall. Seefried Industrial Properties applied for a permit to build a 3.8 million square foot Amazon fulfillment center on the site of Cortana Mall.  The building should be substantially completed by September 2022.

More than 1,000 employees, earning a minimum $15 an hour plus benefits, will work at the $200 million, 3.8 million-square-foot Amazon fulfillment center that will replace Cortana Mall in Baton Rouge, officials said Wednesday.

Demolition on Cortana Mall has been underway, and Amazon expects the fulfillment center to be fully operational by December 2022. In their first release of details about the center, Amazon officials said that hiring will begin two months before the facility opens.

An economic impact analysis by Louisiana Economic Development estimates nearly $26 million in tax revenue to come from the project, with $2.9 billion to be funneled into the economy over the next two decades.

The Cortana facility will be the largest robotics prototype fulfillment center for Amazon and the largest non-industrial project in Louisiana since 2000. The center’s employees will pick, pack and ship smaller household items like books, toys and cleaning supplies with help from the latest technology Amazon has to offer.

Amazon employees will receive comprehensive benefits on their first day — including full medical, dental and vision insurance and 401(k) savings with a 50% company match. The online retail giant offers 20 weeks of paid maternity leave, 6 weeks of paid paternity leave and 6 weeks of leave for adoptive parents.

Cortana Mall was Baton Rouge's main retail destination for about 20 years. But this past weekend's closure of its last store, a Dillard's disc…

LED expects the center to generate 1,100 indirect, spin-off jobs and support at least 800 construction jobs during its development, bringing over 2,100 permanent jobs in total to Louisiana’s capital area.

“From the local jobs we bring, to the local people we employ, train and upskill, our business is made up of people from the communities like Baton Rouge,” said Bri Tye, regional director of operations at Amazon.

Tye said that more than 14,500 small and midsize Louisiana businesses sell their products through Amazon.

LED’s analysis estimates that in the first 10 years of the center’s operation $12.2 million in sales and property tax revenue will go to East Baton Rouge public schools. Over a 20-year time span, $31 million in tax revenue will support local public education.

The Cortana fulfillment center is the third of its kind announced in Louisiana since December 2020.

Formal discussions for the Cortana fulfillment center began in January 2020. To secure the investment, the state offered Amazon a $5 million performance-based grant to be paid in 2022 and 2023. The company will also have access to LED’s  FastStart workforce training and hiring program.

The Metro Council approved a 10-year tax abatement worth more than $30 million for Seefried Industrial Properties, which coordinated the project for Amazon. Payment In Lieu of Taxes, or PILOT, grants mega nonmanufacturing projects an exemption on annual property tax payments to the city-parish as long as they meet certain thresholds for job creation and economic impact. Through its agreement with the Capital Area Finance Authority, Seefried will avoid approximately $3.1 million annually in property tax payments to the city-parish — not to exceed about $35.4 million over the 10-year span of the abatement period.

The fulfillment center is among a number of properties Amazon is developing in south Louisiana. A $100 million, 500-job fulfillment center in Carencro near Lafayette will handle larger products in a 1 million-square-foot facility. The company is constructing a sortation center in Port Allen and a distribution warehouse in Slidell. Amazon recently opened a distribution warehouse in south Baton Rouge and already has facilities in New Orleans.

Amazon also is investing in a $200 million fulfillment center as a logistics hub in north Shreveport that will employ 1,000 workers.

Global retail giant Amazon.com Inc. is investing in yet another fulfillment center in Louisiana to build a $200 million logistics hub in north…

Cortana Mall's rise, fall, demolition: The end of the one-time largest enclosed mall in the South