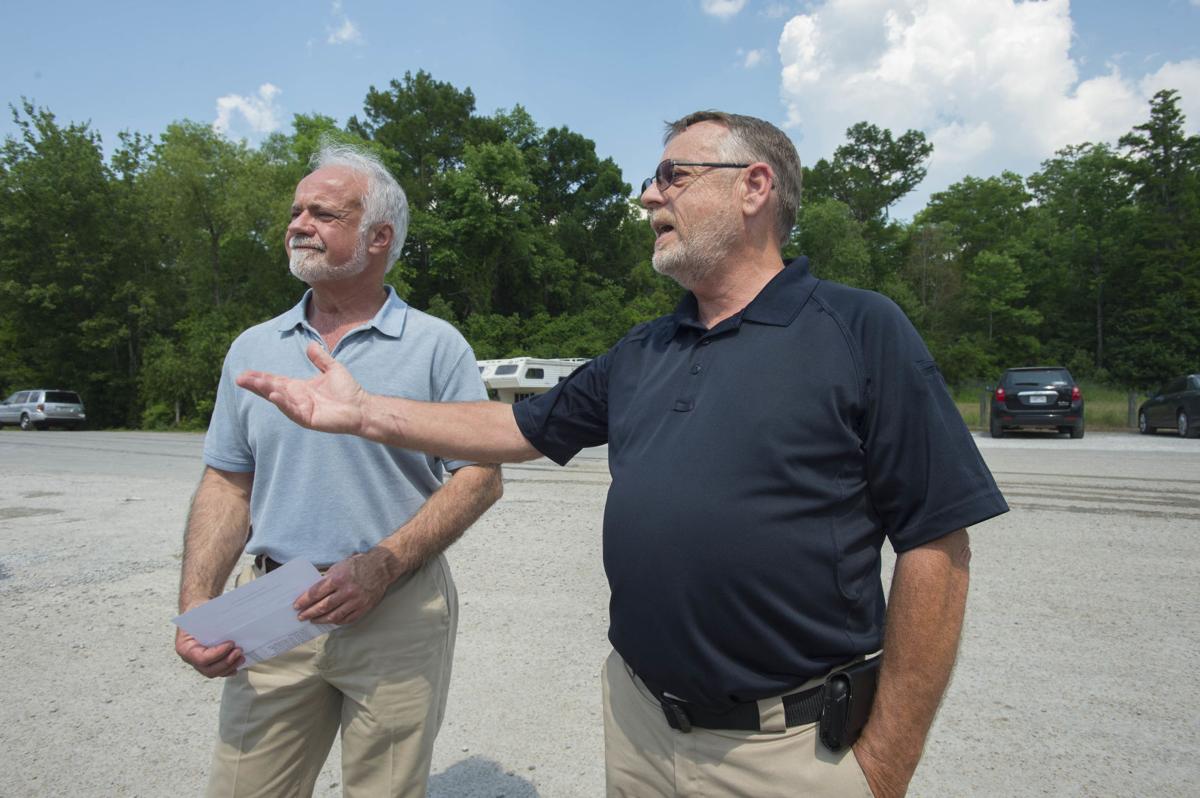 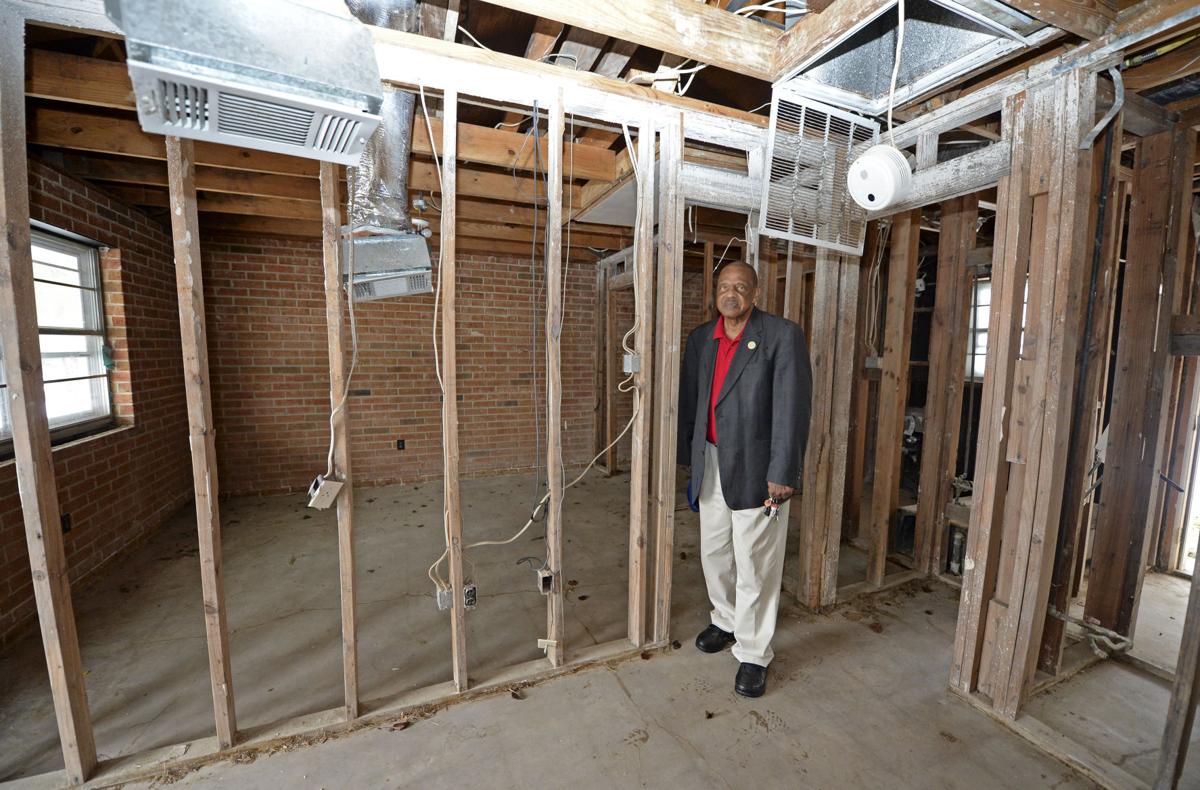 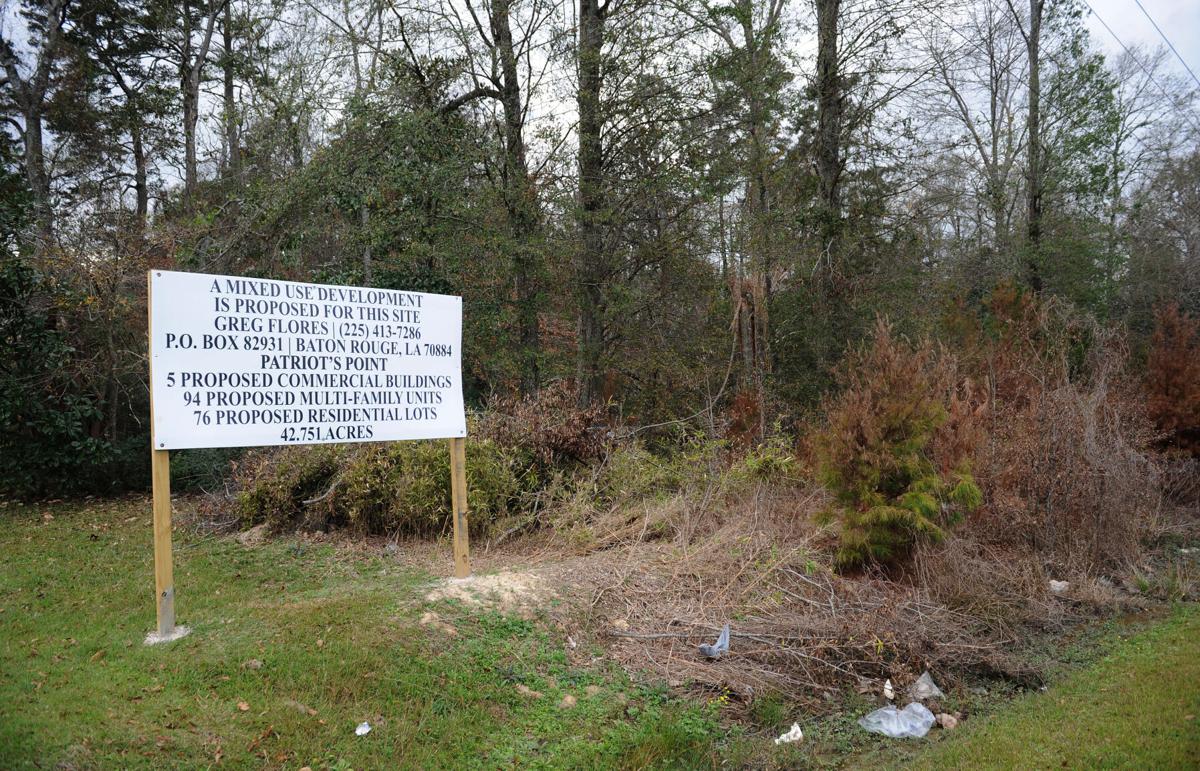 A proposed mixed-use development on Hwy. 16 in Watson. 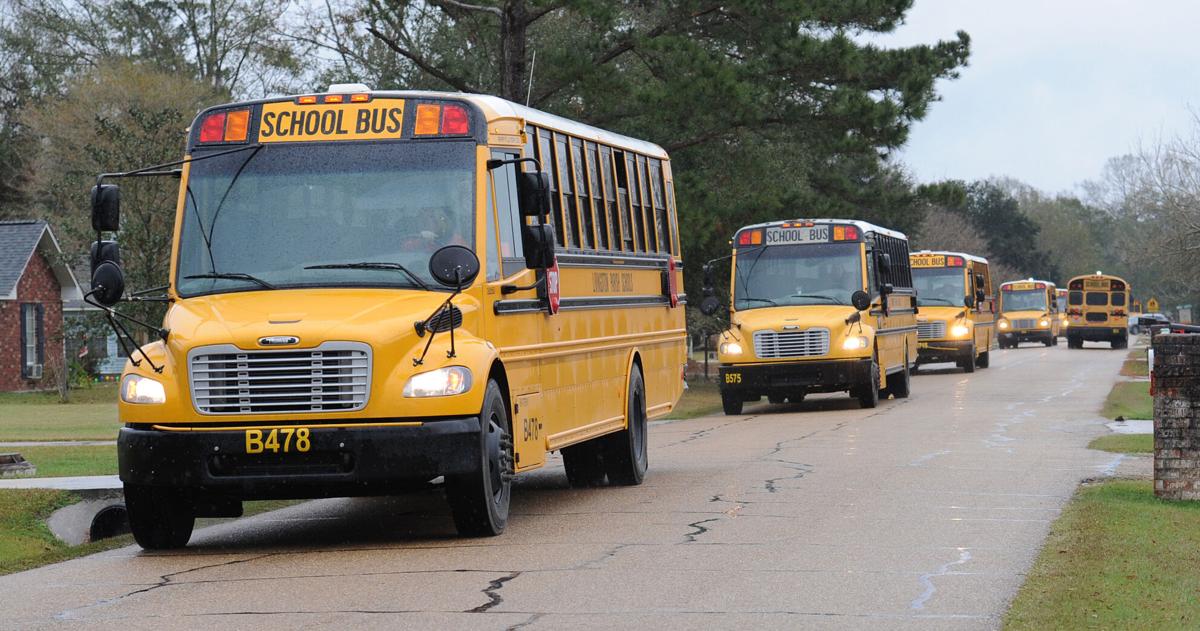 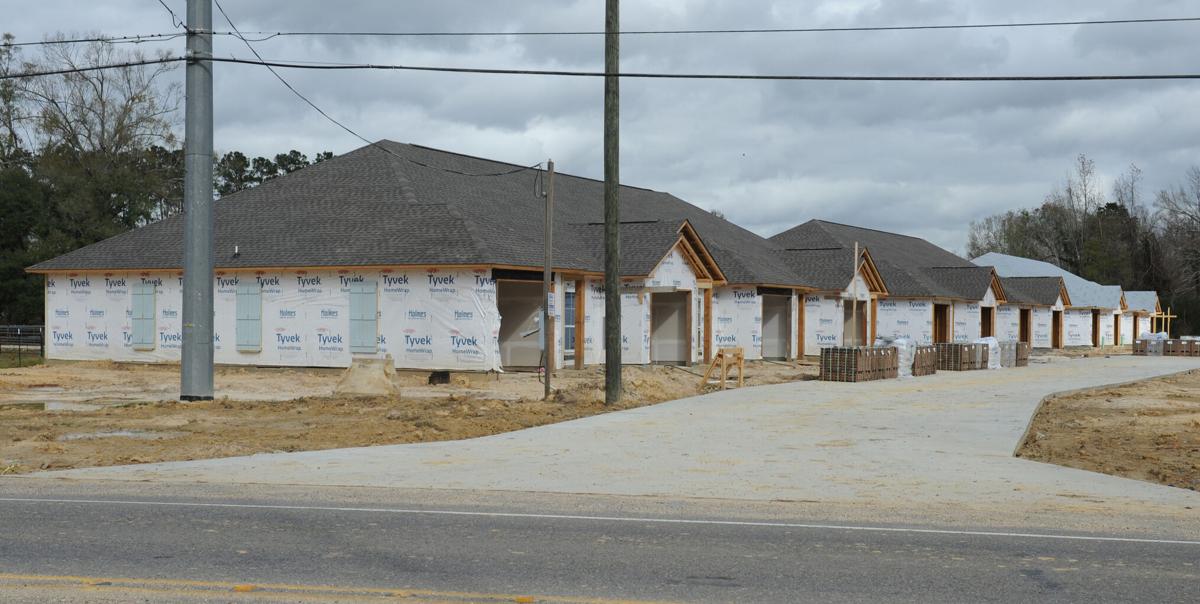 Duplexes under construction on Lockhart Road, east of Hwy. 16, north of Denham Springs. 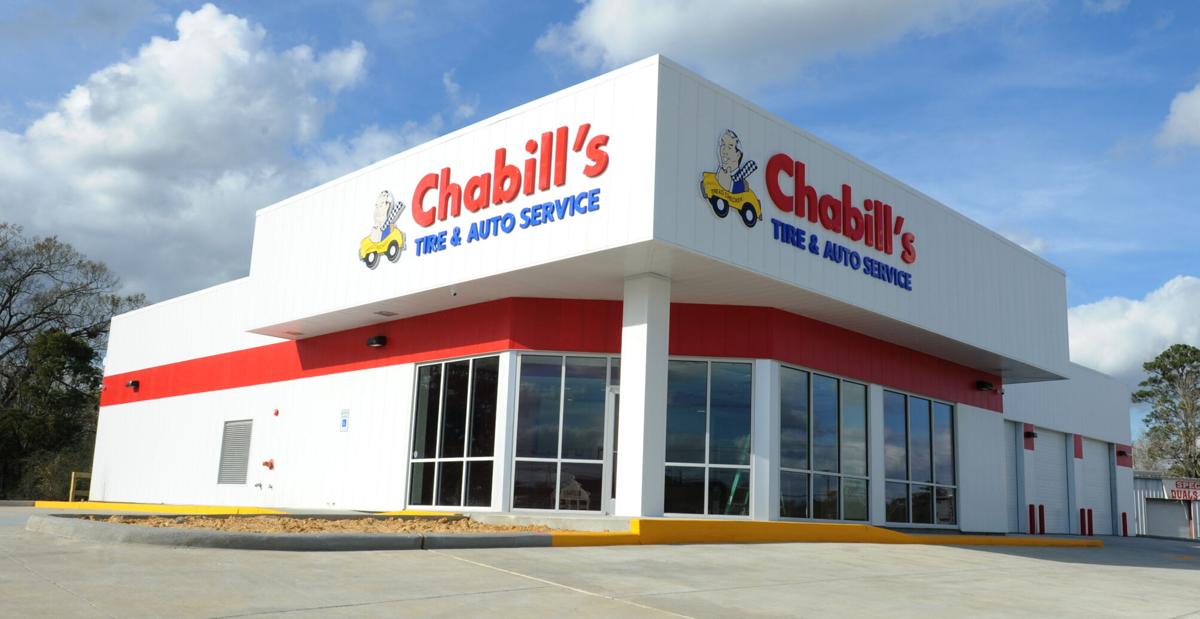 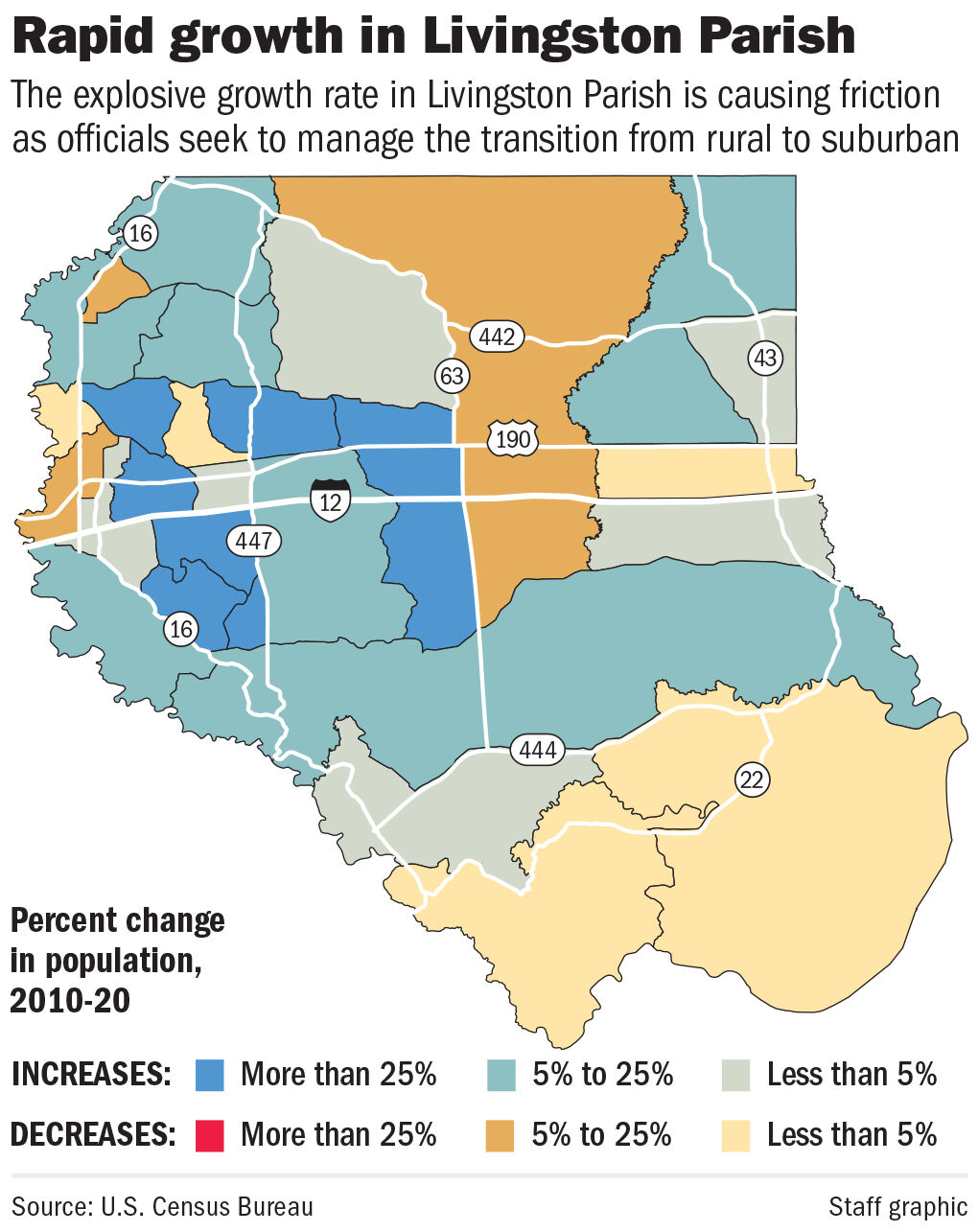 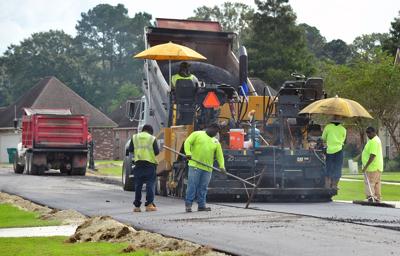 When Sam Hyde moved to Walker a quarter-century ago, this area some 22 miles east of Baton Rouge was little more than “a couple of gas stations and a grocery store,” the Southeastern Louisiana University professor recalled.

Back then, the town’s main thoroughfare was flanked by the trunks of towering pines. Hyde remembers a couple of homes, a Winn-Dixie and a vegetable stand marking the only breaks in the rows of spindly trees that for centuries had blanketed large swaths of the toe of Louisiana’s boot.

This stretch of Livingston Parish could hardly look more different in 2021.

New houses sprout like mushrooms in freshly paved subdivisions built where forests once stood. A multi-story city hall peeks out from behind a strip mall where the vegetable stand used to be. A Walmart sits behind an expansive parking lot, next to a complex of fast-food restaurants.

All are recent markers of a population boom outside Baton Rouge that began decades ago, amid Louisiana’s changing post-World War II economy and the onset of White flight. As the state pivoted away from farming and towards chemical and oil production, Livingston Parish grew more desirable.

“This area used to be lower on the rungs of the crop hierarchy because of its poor soil,” said Hyde, a historian and researcher who directs SLU’s Center for Southeast Louisiana Studies. “Now, you see people looking at it in a different light: it’s a source of abundant land — and, in many cases, unregulated land.”

The draw of that unregulated land has created a combustible brew of infrastructure and quality-of-life challenges that have come to define local politics in the staunchly conservative area. Often drawn by the appeal of owning big swaths of rural property, people here have long bristled at land-use laws — hindering efforts by local officials to exercise any control over the development that inevitably follows population growth.

In the ensuing regulatory vacuum, new residential and commercial developments can spring up at the property owner’s whim. They encase the earth in concrete, exacerbating drainage problems and spurring fiery disputes among neighbors about who should be allowed to build what, where.

A debate about the right way to reap the benefits of growth while seeking more responsible side effects of things that follow it — like development — has become a common refrain in local politics.

“I guess I’m being honest; it’s something we talk about every day,” said Livingston Parish President Layton Ricks. “It seems like the population has exploded.”

‘We’re having to react’

If the expansion of Baton Rouge’s outer suburbs began with the growth of Louisiana’s chemical and oil economy in the mid-20th century, census data released this year show it shifted into overdrive in the past two decades. Livingston Parish’s population grew by 55% between 2000 and 2020, leaving it with just shy of 142,300 people.

That astronomical growth rate — the second-highest statewide, second only to neighboring Ascension Parish’s 65% increase — comes amid a long-term trend that has seen Livingston’s population jump by at least 20% in every decade since the 1960s.

The trend is reflected in Livingston’s schools: From Denham Springs to Albany, the district grew by 508 students in the past year alone — the largest single-year number since the area’s devastating 2016 floods, said Superintendent Joe Murphy.

“We’ve had to add classrooms, we’ve had to add buildings, and we’ve purchased some more buses,” Murphy said. “They’re coming, and we’re having to react to it.”

People from a wide array of economic backgrounds are coming. The Denham Springs Housing Authority, which provides public housing to low-income residents, has observed an anecdotal surge in portability cases — instances where people in Section 8 rentals ask to move to Livingston from elsewhere.

“We have more people coming over here who want to live here,” Banks said, “and I think the people actually may be outgrowing the parish in terms of it being able to provide housing for them.”

The growth east of Baton Rouge and to its south in Ascension Parish is mirrored in outer-ring suburbs across Louisiana and the country. Census data shows people continue to move to further-flung exurbs as areas nearer to cities fill up.

That growth stems partly from basic demographic shifts — movement of people to less-crowded areas with affordable land, large plots, new housing stock and, in Livingston’s case, proximity to interstate highways that offer easy access to workplaces at chemical plants along the Mississippi River.

But it also comes as inner-ring suburbs are becoming more ethnically diverse, and as such, can be seen as a continuing manifestation of White flight.

At the same time, Livingston is diversifying, a trend that has been seen in both inner- and outer-ring suburbs across the country. In 2000, nearly 94% of its population was White. Now, that proportion has fallen to 80%.

Livingston’s explosive growth has left “virtually no corner of the parish untouched,” said Ricks, the parish president. But the growth hasn’t always happened in a uniform way. Generally, more people have moved to the parish’s western corridor, which is closer to Baton Rouge, while natural disasters have spurred fluctuations in the area’s growth overall.

One of the first times Hyde recalls noticing an influx of new residents was in 2006, after Hurricane Katrina. The change was sudden and palpable.

“Our lives were changed overnight as traffic doubled with the existing infrastructure in place, which could not accommodate the increased volume,” Hyde said, “and stores and restaurants that had been absent prior to Katrina sprang up in our area.”

Growth has been particularly pronounced in certain pockets, like a swath of land from Walker to the Livingston-East Baton Rouge line.

While the town of Walker itself saw only modest growth — a bump of 136 people over the past decade, bringing its total population to 6,374 — the area around it is booming as quickly as any place in Louisiana. Since 2010, about 10,000 more people moved into the unincorporated areas around Walker and Denham Springs.

That area now includes nearly a third of the parish’s population. In 2000, the same area had less than half of its current population.

Demolished after the 2016 floods, this school's new home is ready: 'I have tears in my eyes'

The area’s population density has grown by more than 20%, to about 470 people per square mile — a dramatic shift in what had been a mostly rural place.

Denham Springs, meanwhile, has lost several hundred residents since 2010. That seems to be attributable to 2016’s devastating rainstorms, which briefly transformed this small city of 10,000 people into a huge lake.

But the shift also owes to newer single-family homes springing up in subdivisions beyond the town, residents say.

“It seems obvious now that the more attractive housing stock is just on the periphery of the city,” said John Cavalier, who owns a Denham Springs bookstore and grew up there. “It’s easier to sign on with one of these developments than, you know, to find a place within the city limits.”

'We’re having to look at solutions'

Livingston Parish has no zoning ordinance, leading to a raft of strange-bedfellow situations over the years.

Near Walker, a paintball site popped up between residential lots this spring, igniting a spirited argument in the parish council chambers. It followed protests over a gravel mine planned behind a Watson subdivision a few years prior.

In zoning-free Livingston, you can 'build a dynamite factory' next to a house. That may change.

When a sprawling mess of neon-colored, battlefield-style obstacle courses started growing between houses on a residential road in Walker, some…

Many local officials have long said that the area’s growth must be embraced. But now, five years after the destructive floods, a growing number of local politicos are also calling for a more intentional approach to the side effects of that boom.

Big landowners and rural politicians in the parish’s eastern corridor long opposed ordinances that would limit their options in any way. But many landowners of past generations have died and carved up their land for their descendants. And rural council members have had to deal with more development and flooding in their districts. For instance, in Albany, a group of residents found themselves in a gully created when a new subdivision sprang up nearby — something they say now causes regular floods.

"You can see when driving around the subdivision that sandbags are always stacked and ready to block the flow of water," said Lindsey Lee, the lead plaintiff in a suit against the new homes’ developer.

Elsewhere in the U.S. — often in progressive hubs with competitive housing markets — residents are starting to push back against zoning laws seen as inequitable: In Charlottesville, Virginia, the planning commission grappled this summer over whether to change zoning laws that excluded Black residents. In San Francisco, experts linked a lack of affordable living options for hourly-wage workers to land-use ordinances.

Livingston Parish wrapped up work on 400 miles of streams after 2016 flood, then Ida hit.

Five years after the 2016 flood devastated much of Livingston Parish, the local government had finally emerged from the mire of red tape and f…

Hyde, the history professor, questions whether there will ever be enough political momentum to set land-use rules in historically deep-red Livingston Parish. One attempt to find political solutions to issues like development-related flooding recently faltered: A drainage impact fee, initiated amid resident anger over flooding near subdivisions and debated by the parish council, fizzled in November.

But there are signs the tide is shifting. The council passed a historic zoning ordinance in August, which proposed light rules for rural land and tighter restrictions on building in industrial areas. The council is expected to vote early next year on a map that designates those zones.

Ricks himself has frowned on zoning rules in the past. But the parish president has since changed his views, he said, and claims he will support the council’s effort to pass the zoning ordinance as long as residents are involved.

Disputes around development accompanying the booming population — including the gravel-pit brouhaha — have pushed him in that direction, he said.

“My nature is, ‘Don’t tell me what to do on my property,’” Ricks said. “That’s just human nature. But there’s so much of this going on that we’re having to look at some solutions now.”