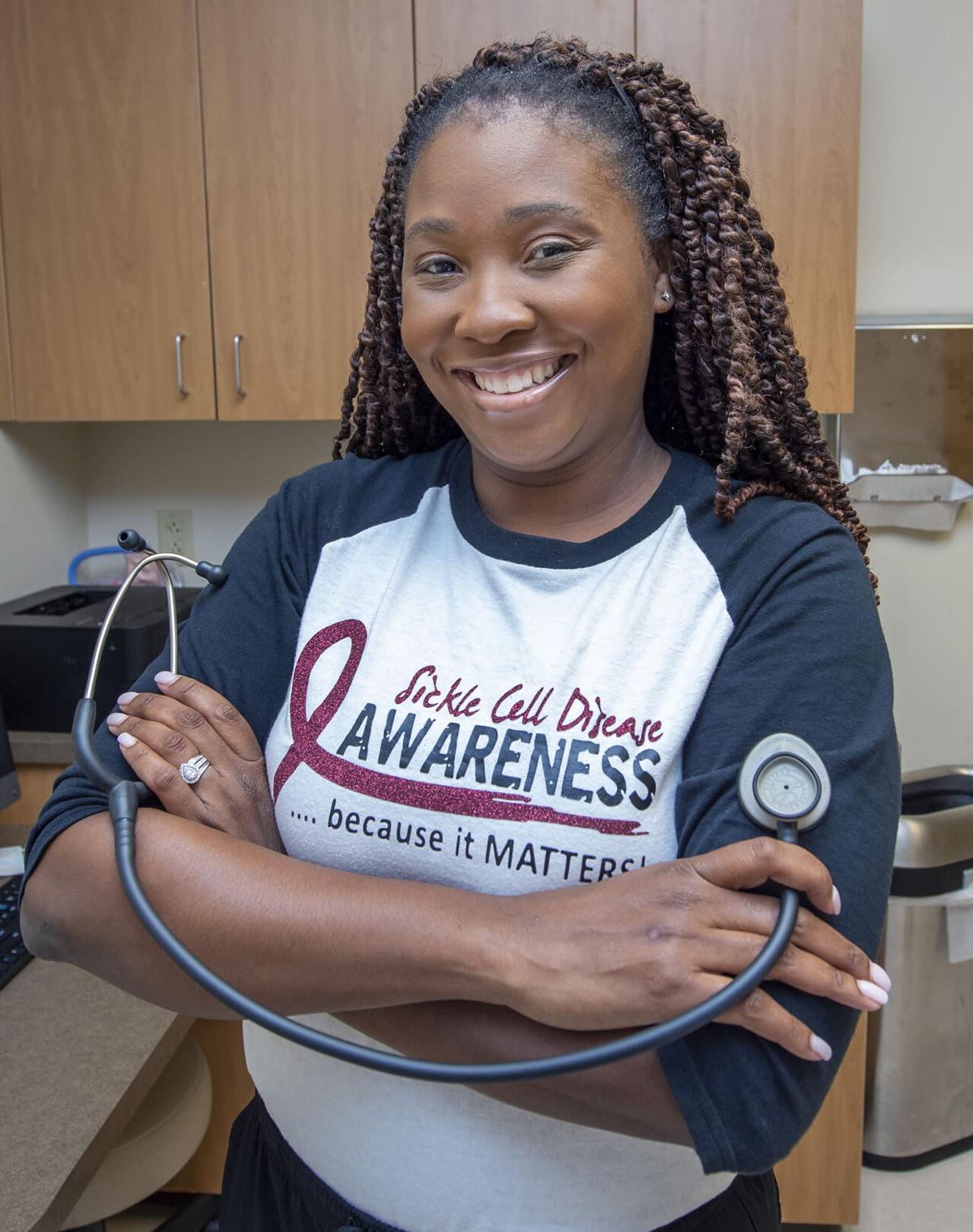 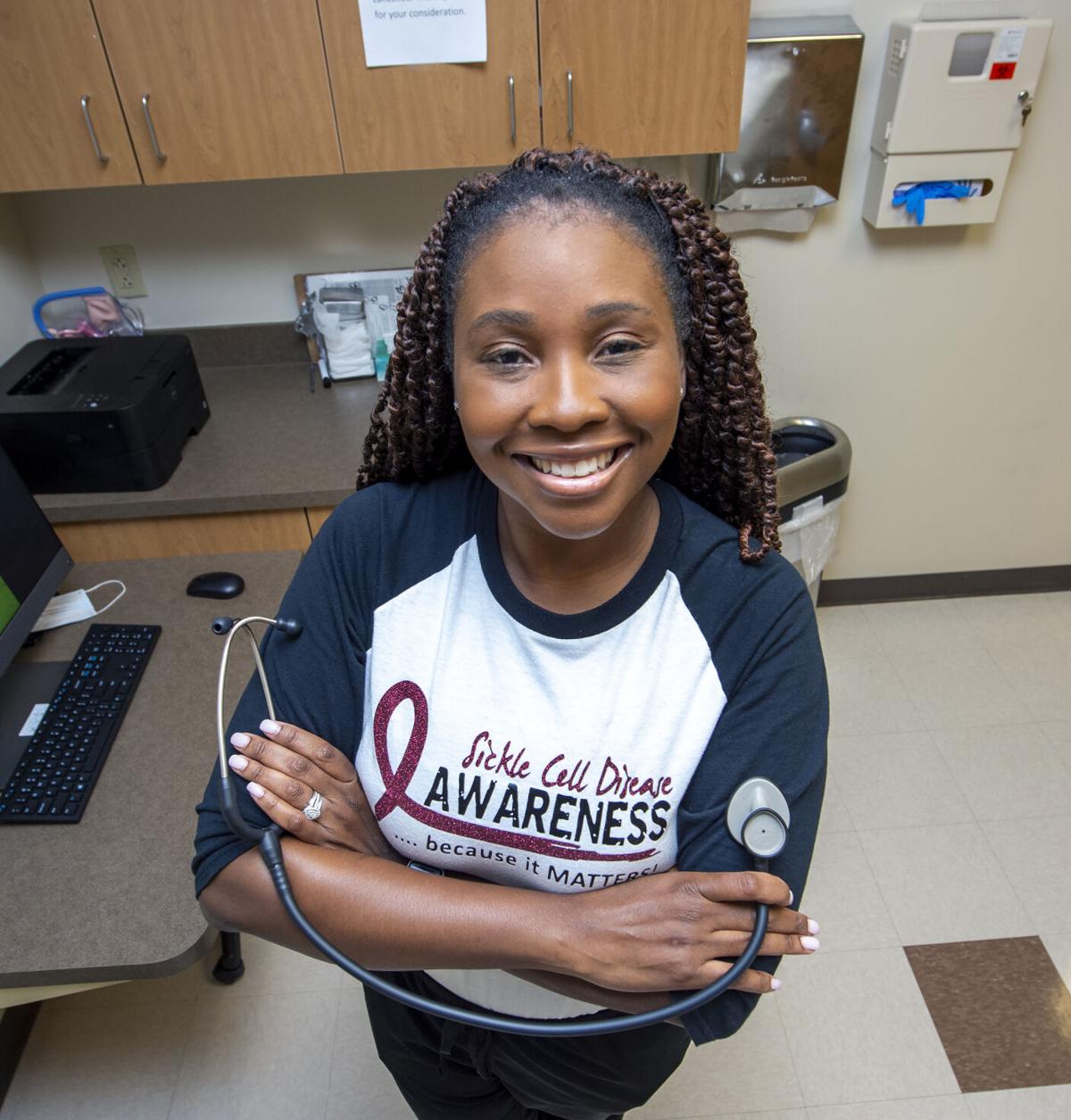 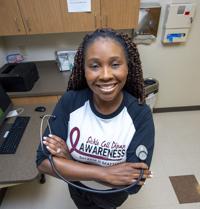 When she was old enough to think seriously about what she would do for a living, the decision was easy.

“I always knew, maybe from back when I was 14 or 15 years old, that I wanted to be a nurse,” Dickerson said. “It inspired me the way nurses helped people so much, and I just wanted to be that person and help patients as well. And here I am.”

Dickerson, 37, is a nurse practitioner who works with Associates in Women’s Health and as an adjunct faculty member at Southern University School of Nursing. Until late last year, she worked at Our Lady of the Lake’s Sickle Cell Clinic, where she admitted sickle cell patients and helped manage their pain crises and complications.

Sickle cell disease is an inherited disorder, and those with it lack enough healthy red blood cells to carry oxygen through the body, according to the Mayo Clinic. Unlike normal red blood cells, which are round and move easily through blood vessels, the crescent-moon-shaped cells can get stuck in small blood vessels, blocking blood flow.

There is no cure, but treatment can alleviate pain and other complications, which include anemia, swollen hands and feet, frequent infections and vision problems.

Growing up in Thibodaux, Dickerson was diagnosed when she was 11 months old after developing unexplained fevers. Before adolescence, she didn’t experience the disease’s typical pain, but she was frequently in the hospital because of infections that caused her to miss a lot of school.

When pain became a symptom, it manifested itself in different parts of the body, and sometimes all over.

“As I got older, that’s when I started having the actual pain crises,” she said. “They are not fun. My heart goes out to kids that actually have these. … It hit me like a ton of bricks. I couldn’t walk. I couldn’t move. I couldn’t breathe. I was down for over a week in bed not able to move, trying to take pain medication at home and avoid an admission (to the hospital), but sometimes admissions are very unavoidable.”

The work of medical personnel affected more than her body.

“The nurses were very supportive of us,” she said. “They knew us. We were regulars, and just seeing how nurses helped people and how they just made my stay better than what it would have been, I decided to go into nursing. Later on, I decided I wanted to help people at a higher level, so that’s why I went back to become a nurse practitioner."

Treatment has improved, and in 2017 Dickerson participated in a drug trial for Oxbryta, which has increased her hemoglobin, which combats fatigue. She has fewer sickle cell episodes, but she’s learned that she has to take care of herself — drink plenty of water, get rest, see her doctor frequently.

Life expectancy for sickle cell patients was 25 when Dickerson was born, she said, a marker she’s already crossed.

“To any patient with sickle cell, you are not your disease,” she said. “You have sickle cell; sickle cell does not have you.