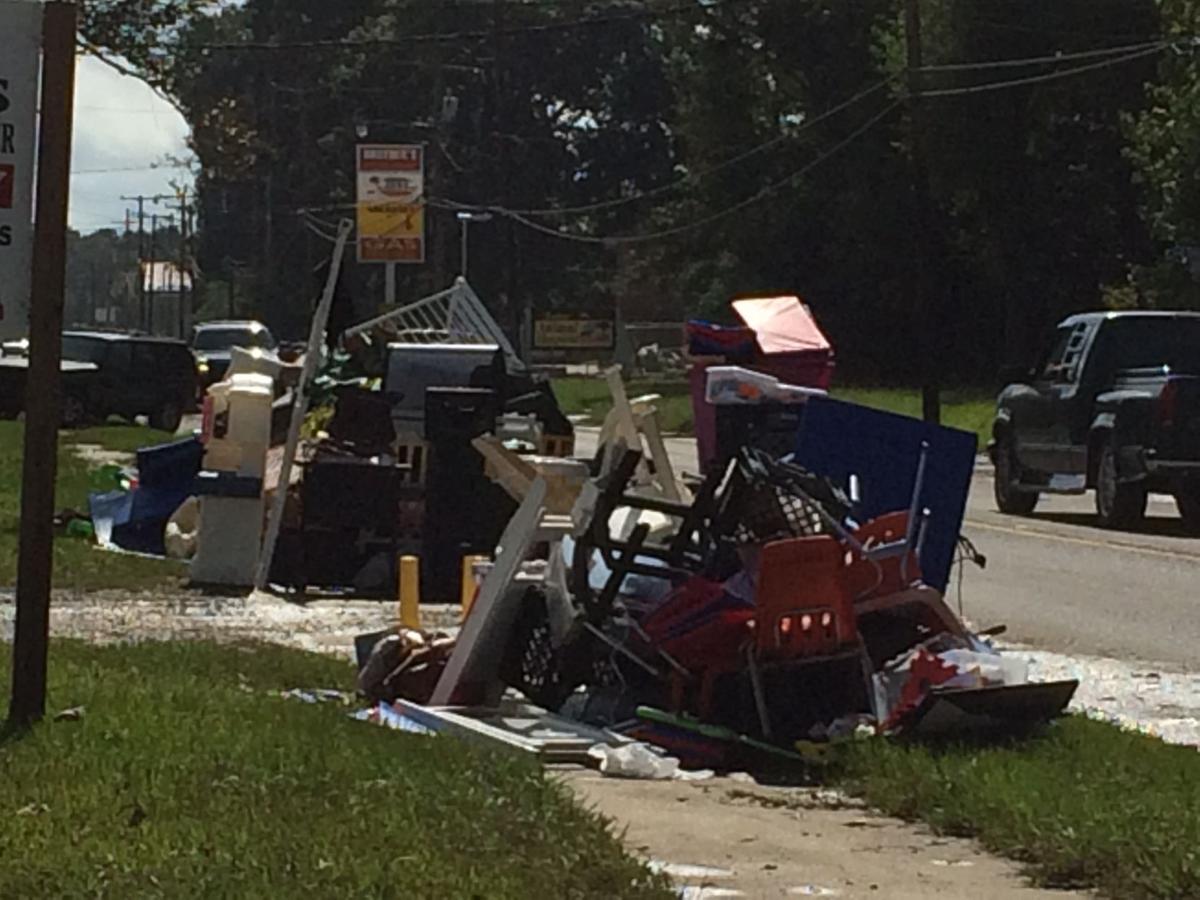 Piles of cribs and other equipment are piled near the street outside Angels By Angels daycare on Groom Road in Baker. 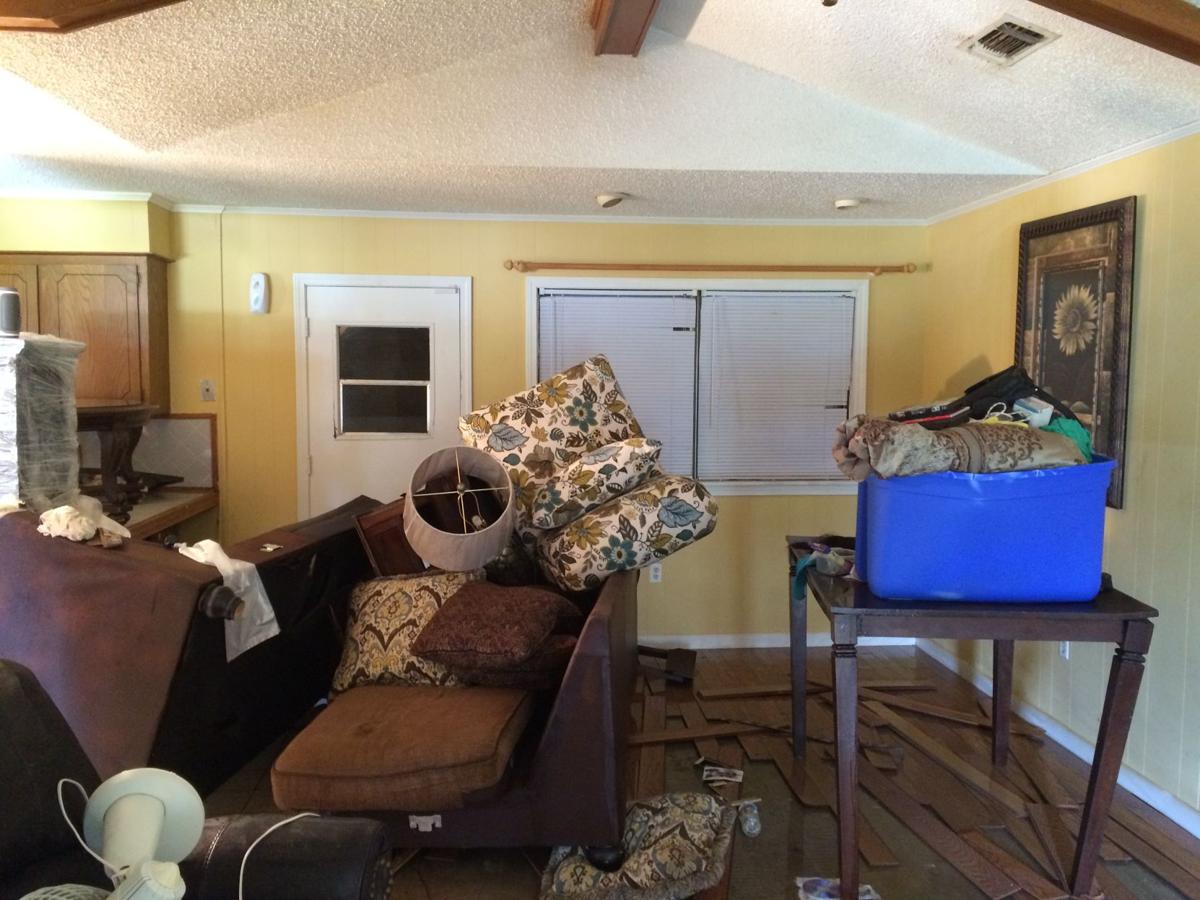 The interior of Chloe Olden's house at the corner of McHugh and Don Avenue in Baker is a total loss, she said.

Piles of cribs and other equipment are piled near the street outside Angels By Angels daycare on Groom Road in Baker.

The interior of Chloe Olden's house at the corner of McHugh and Don Avenue in Baker is a total loss, she said.

Only one feature in Chloe Olden’s Baker Don Avenue home survived the flood waters that rushed in over the weekend: a decoration showing a picture of her and her son and three inspirational messages, including one that said “Choose happiness.”

That choice is all she has left, Olden said Tuesday as she and family members ripped up flooring, carried furniture to the yard and tried to mop the puddles of water still in the house.

All nine houses on Olden’s street flooded. Some residents had yet to return, others were already putting couches, cabinetry and other furniture out by the street.

“Happiness and faith in God is all we got,” she said with a smile.

Olden’s refrain is being repeated all over Baker, as residents and business owners return to homes that saw five or six feet or more of water.

Mayor Darnell Waites said the real work was about to begin.

“The water is going down,” he said. “I am going to make a decision about whether to let them back in.”

Tuesday morning, Waites was trying to make sure the utilities were turned off in the affected areas. Approximately 400-500 of the city’s residents were displaced, he said.

Waites conceded that many residents had already returned to their homes, but said the city would have to find a way to help get water and food to some residents.

Angela Hilliard owns of the Angels By Angels Daycare on Groom Road, one of the hardest hit areas of the city. She didn’t think much when the storm started.

“We just thought it was a little rain,” she said.

Hilliard’s business was a total loss. She pointed to the high-water mark, about six feet up the side of the building. Cribs, small chairs and other daycare equipment were already piled in the parking lot, all of it unsalveagable.

Friday, when the water started to rise, children were picked up by the parents, some wading in when the road outside became impassable. Hilliard and another employee were evacuated by boat.

She sighed and shook her head when asked when she might open again.

State government offices in East Baton Rouge and 26 other parishes will be closed Wednesday, Commissioner of Administration Jay Dardenne annou…