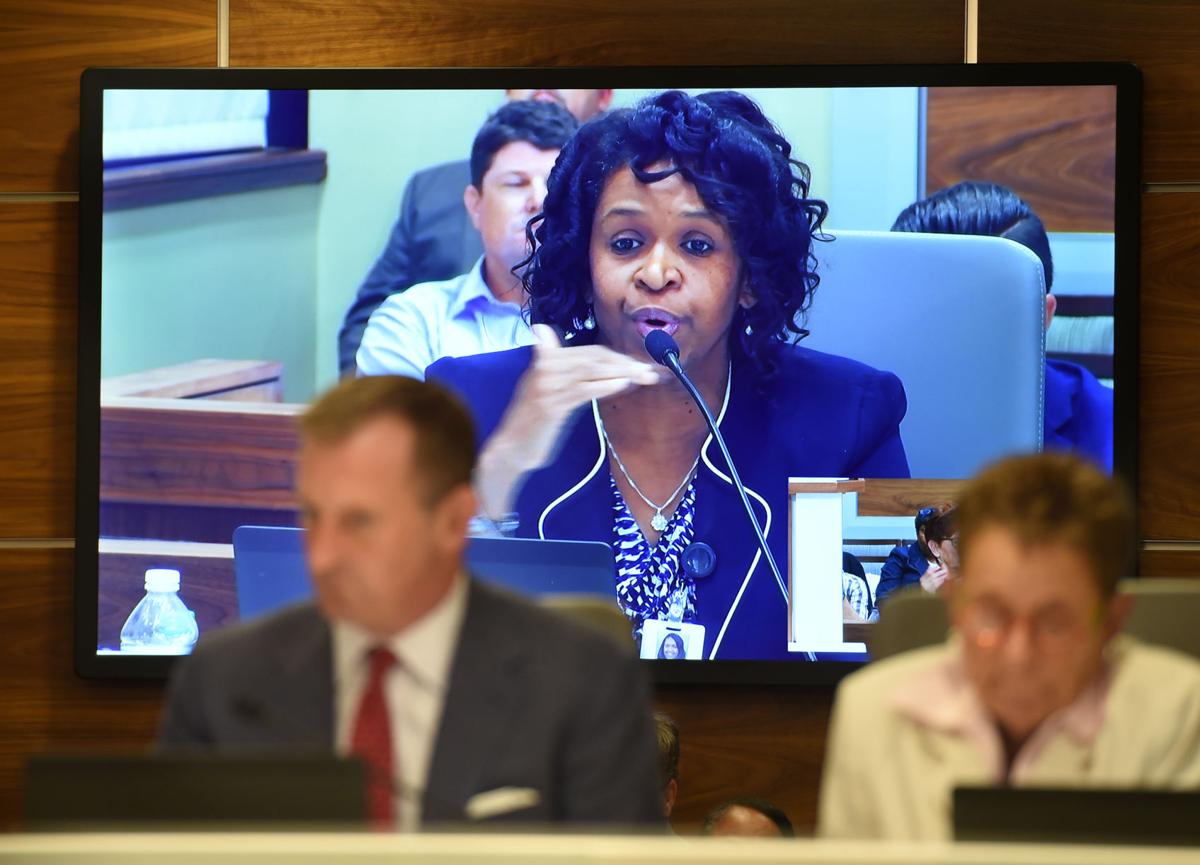 Council woman Tara Wicker, shown on a monitor in the Council Chambers, comments during discussion of BRAVE contracts during the Metro Council meeting Wednesday. 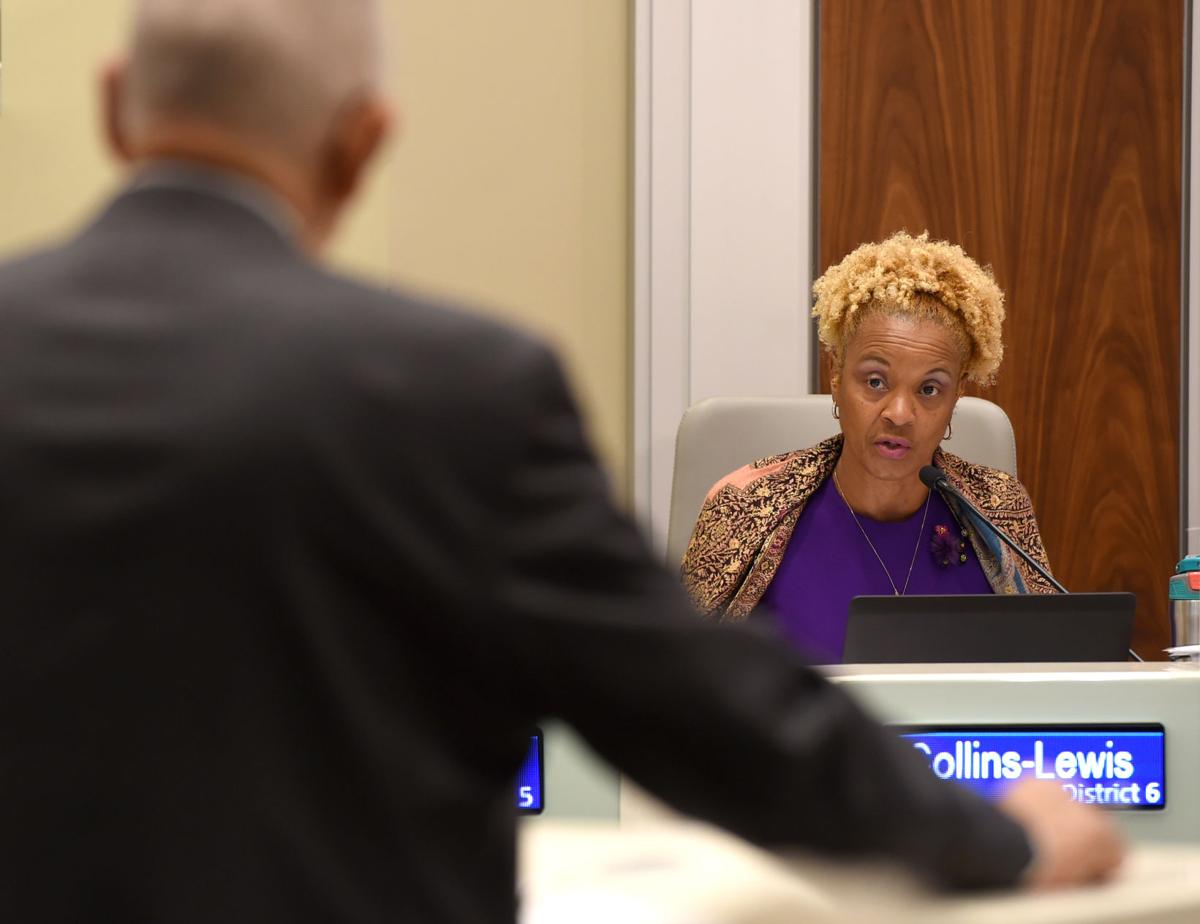 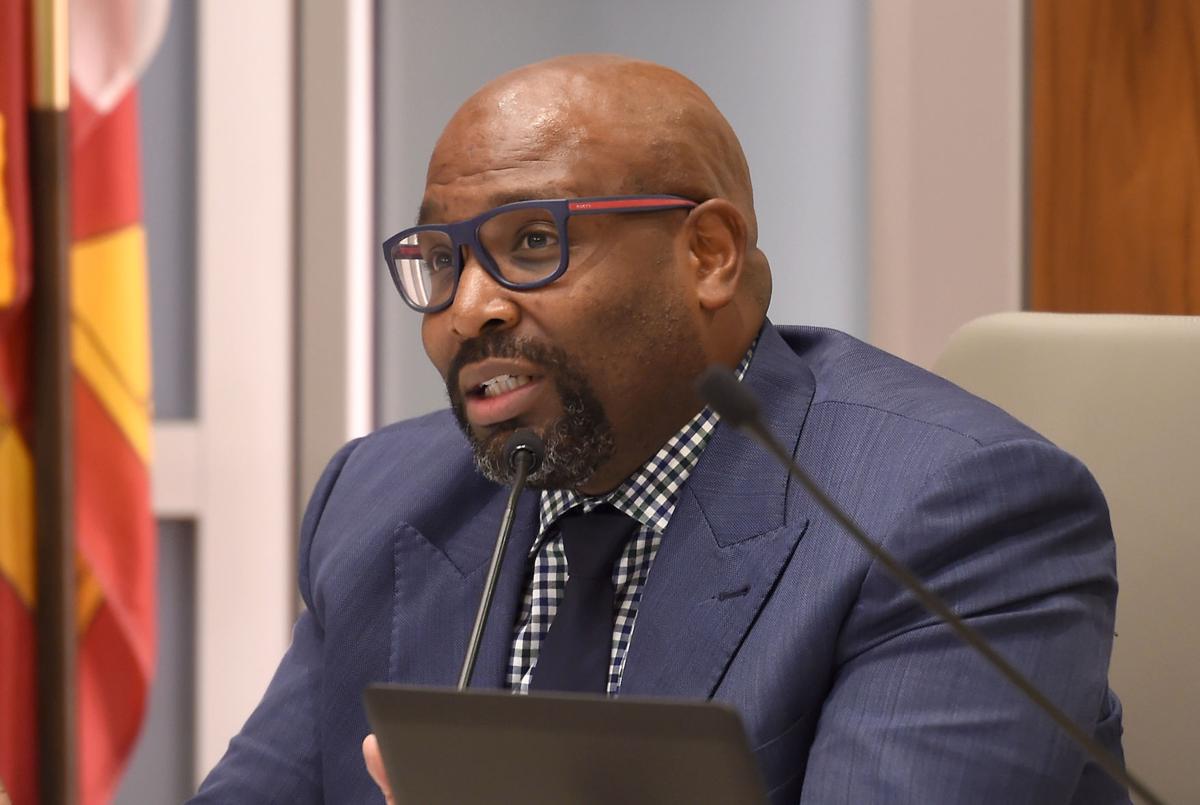 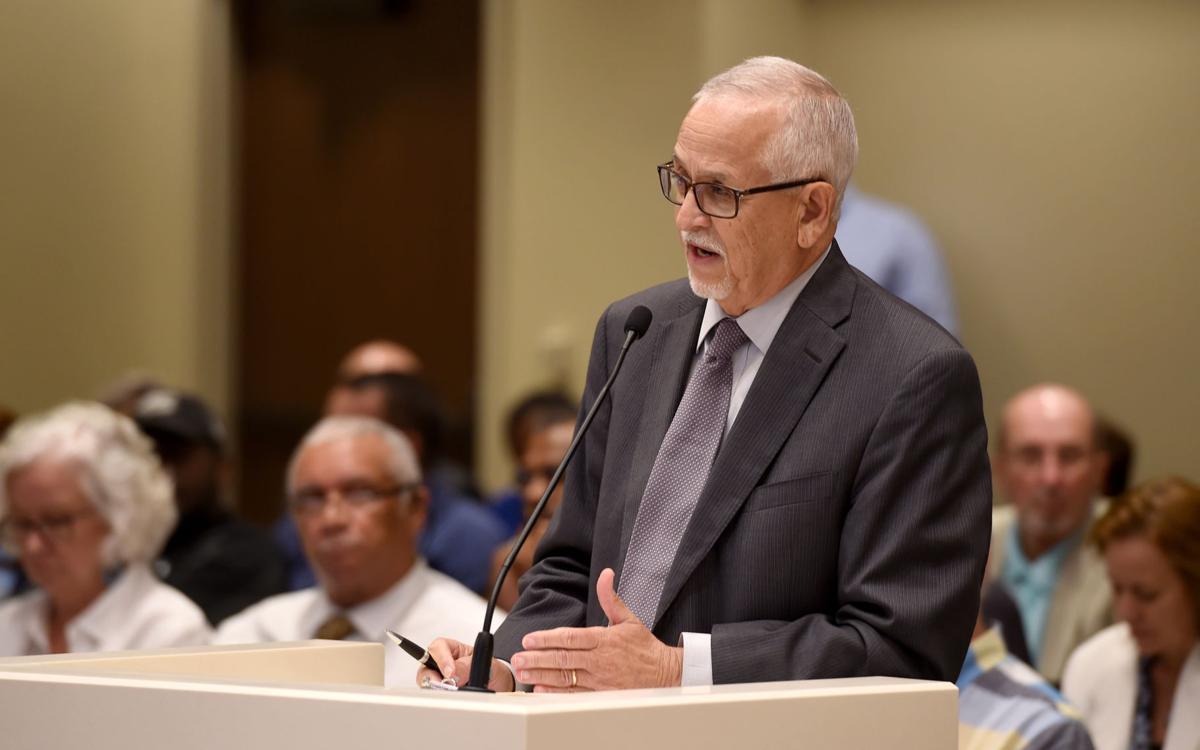 Council woman Tara Wicker, shown on a monitor in the Council Chambers, comments during discussion of BRAVE contracts during the Metro Council meeting Wednesday.

People who received recent contracts in the Baton Rouge Area Violence Elimination anti-gang initiative pushed back Wednesday against criticism, defending the importance of their roles in the program, while Mayor-President Sharon Weston Broome's administration provided more answers about the status of BRAVE.

The tension building around BRAVE erupted at Wednesday's Metro Council meeting as residents spoke of how critical it is to steer youth away from crime and said those recently given BRAVE contracts were being unfairly attacked. Sitting across from them, Metro Council members both dug in with questions about BRAVE and lamented the loss of more than $1 million never used in the program, which will expire in September.

"I know what it means to get a call at 3 o'clock in the morning: 'come get me, my mom just overdosed. Come get me, my dad just hit my mom,'" said Tremaine Sterling, who runs the 29:11 mentorship program and who received a recent $5,000 BRAVE contract. "We spend time in the community. We deserve to get a piece of the pie."

BRAVE served only 63 youths between 2012 and 2016, but the original grant proposed serving 150, according to Department of Justice emails sent to Broome's office. The question of whether BRAVE successfully gave kids in the 70805 and 70802 ZIP code areas opportunities was weaved throughout the conversation Wednesday night.

Broome's interim chief administrative officer, James Llorens, said City Hall knew BRAVE was in trouble going back to 2016 at least. Llorens also explained more about the $125,000 BRAVE contract for LSU that has caught many eyes since the program started coming under fire in recent weeks.

LSU requested an additional $125,000 contract in February above and beyond the scope of their existing BRAVE contract in anticipation of the grant being extended, Llorens said. The city-parish never agreed to the new contract for LSU, but LSU continued to perform work on BRAVE "in good faith," he said.

Since then, LSU has told the city-parish they have incurred about $93,000 in expenses for their work on BRAVE. But Llorens said the city has only $36,000 left for LSU through the BRAVE program. It would require Metro Council approval to give LSU more than the money available in the balance.

Metro Councilwomen Erika Green and Donna Collins-Lewis both pointed out that the money going to LSU for the BRAVE project dwarfed the amount of money spent on youth community programs, spiritual programs and more. They applauded the recent contracts — in the spirit of the original BRAVE grant — and said that while LSU's statistical analysis is important, it could not replace the community outreach necessary to turn around lives of at-risk kids.

Aaron Banks, who spoke at the meeting, pointed out that pop culture now tells young people that it's cool to shoot guns, sell drugs and join gangs. He defended the work of people helping to convince kids otherwise.

The Rev. Raymond Jetson, a close adviser of Broome's, also warned council members about a "false narrative of BRAVE" that has cast those who recently received contracts of having nefarious intentions. He said it's a disservice to people doing good in the community who are being accused of ill will.

But other council members, including Dwight Hudson and Scott Wilson, said they cared less about the contracts themselves and more about the protocols that Broome's office did not follow when approving them. Llorens confirmed that a BRAVE core committee that usually conceives and reviews the contracts for the anti-gang initiative never saw the recently executed contracts.

Though Llorens spoke on behalf of the mayor's office about BRAVE, it was Assistant Chief Administrative Officer James Gilmore who oversaw the program and executed the recent contracts. Neither Gilmore nor Broome were in the Metro Council meeting for the BRAVE discussion.

All BRAVE contracts issued between mid-June and mid-July have been suspended pending review by Broome's office. Hudson also questioned the size of the contracts, as contracts of more than $17,500 require Metro Council approval; all the recently issued BRAVE contracts were under the figure, with some being right at $17,500.

"It seemed as if there was a willful attempt to keep a contract from having to come before the Metro Council," Hudson said. "I just want to know that there won't be an attempt to circumvent the approval process."

District Attorney Hillar Moore released a lengthy defense of BRAVE earlier Wednesday. Moore said the questions about the program's administration should not mar its reputation for helping decrease crime.

"The BRAVE troubleshooting and intervention model has worked in Baton Rouge just as it has worked everywhere that it has been employed systematically," Moore wrote. "I remain committed to applying the BRAVE model to reduce violent crime based upon whatever drivers of homicide we find: whether with juvenile offenders, with drug offenders, or with domestic violence offenders."

Others were more doubtful.

"We haven't been preventing (crime)," councilwoman Green said during the meeting. "We've only got 64 people served."

Though Collins-Lewis defended the BRAVE contracts, which also have come under fire by U.S. Sen. John Kennedy, R-LA, both made the same point in separate ways on Wednesday.

Collins-Lewis said at the Metro Council meeting, and Kennedy said in a letter to Broome, that the small number of those served by BRAVE and the more than $2 million spent on it would roughly equate to $30,000 being spent per youth. And both agreed that is problematic.

Moore's office on Wednesday also asked The Advocate and other media outlets to return a short list of juvenile BRAVE clients that Broome's office mistakenly included with a packet of information about BRAVE they released Monday. The Advocate does not publish names of juveniles involved in crime and accepted a redacted version of the document instead.

After many years in the Louisiana Legislature, Sharon Weston Broome has to know that one of the worst signs for an official is to be in the si…

One of Mayor-President Sharon Weston Broome's top deputies and first hires is resigning from his post as assistant chief administrative officer.

Full BRAVE money was never paid to LSU, city will ask again to give university $125,000

The East Baton Rouge Parish Mayor-President's Office wants to pay LSU an additional $125,000 for its crime research work for the Baton Rouge A…