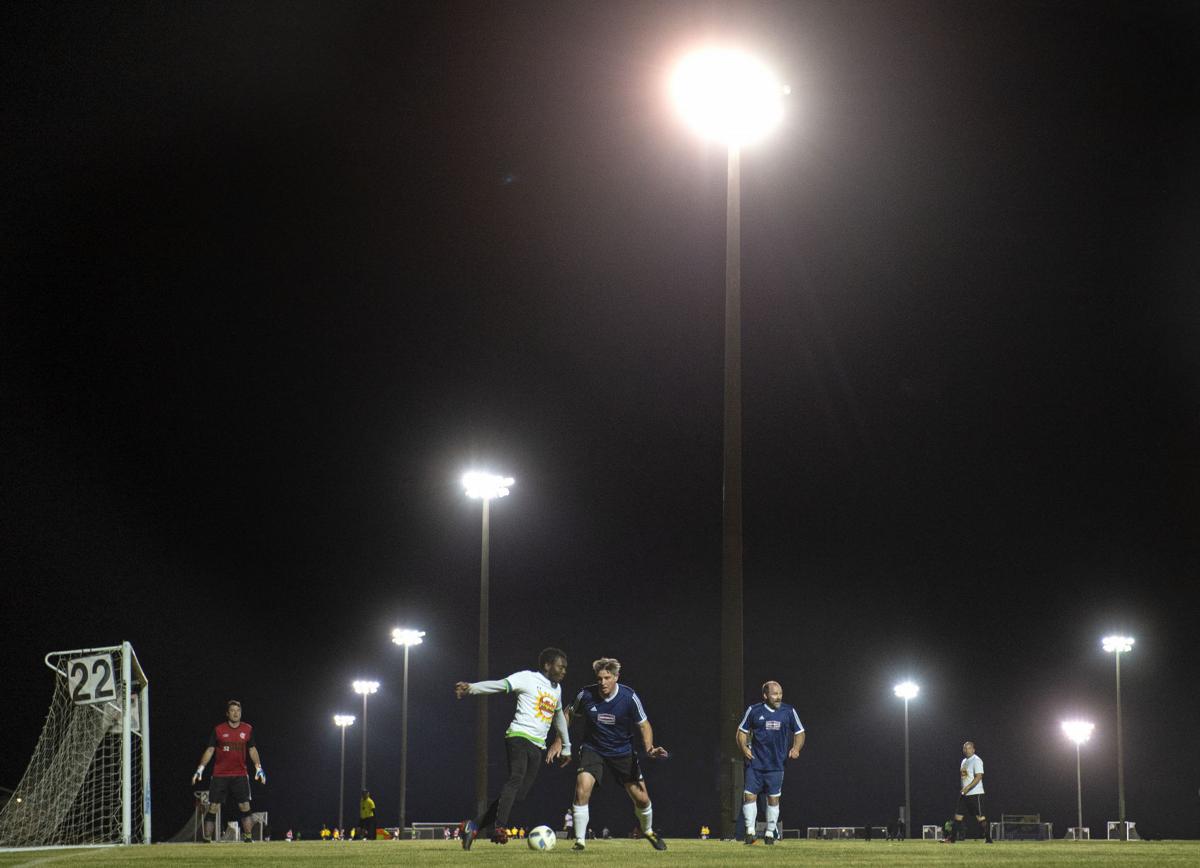 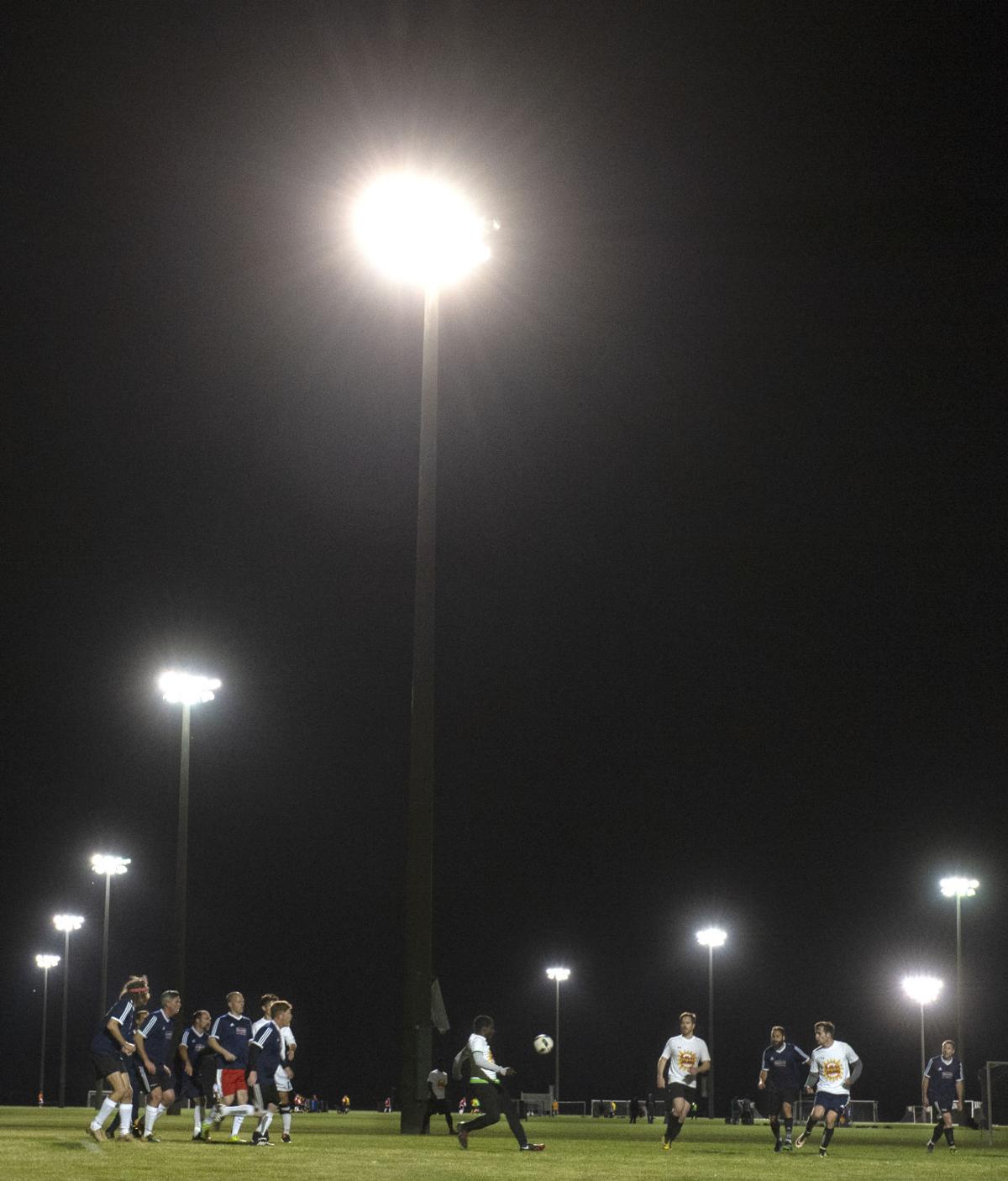 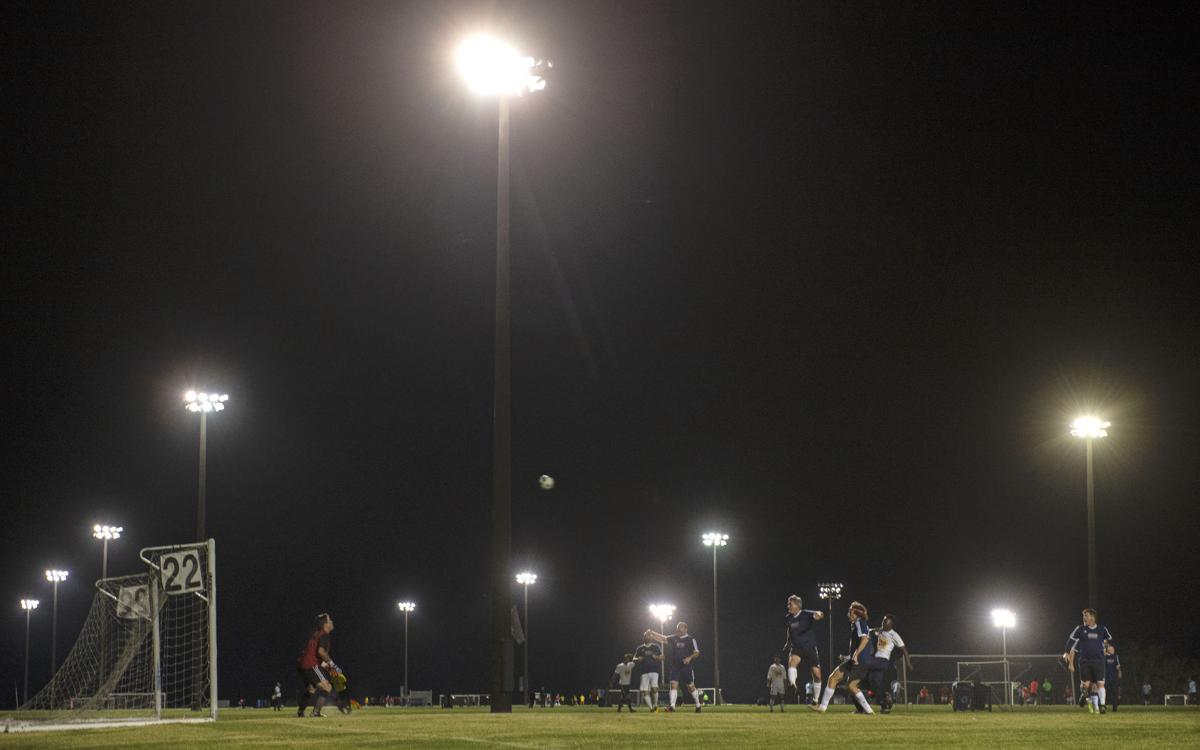 Four more fields at BREC's Burbank Soccer Complex will be outfitted with lighting thanks to a $700,000 agreement the city-parish's parks and recreation system has entered into with Our Lady of the Lake hospital and the Baton Rouge Soccer Association.

The new lighting should be in place just in time for the U.S. Youth Soccer regional tournament the soccer association will host at the Burbank Road park this summer.

"Having the additional lighting will help us get the games in and done on time — assuming the weather cooperates," said Louie Smotherman, executive director of the BRSA.

When the city hosted the tournament in the past, Smotherman said, it was often difficult to maintain the schedule when games were delayed due to inclement weather. There weren't enough fields to accommodate games in a timely fashion.

"Some games kicked off as late as midnight," he said. "Just knowing we'll have additional spaces to use to get games in will help us run a successful tournament and get it back in the future."

The regional tournament, which the BRSA is hosting along with the Louisiana Soccer Association, is expected to pump around $20 million into the local economy.

Smotherman said Monday about 230 teams are competing in the tournament, taking place June 20-27, and they expect it'll attract up to 14,000 people into the city. The tournament attracts top youth soccer teams from Oklahoma and Texas eastward to North Carolina and Florida.

A U.S. Youth Soccer regional tournament is expected to pump $20 million into the Baton Rouge economy in 2019, with more than 200 boys and girl…

Baton Rouge hosted the tournament in 2010 and 2014. All the games are scheduled to be played at the Burbank Soccer Complex, which the BRSA manages and BREC owns and maintains.

Once the new lighting is in place, a little more than half of the fields at the 22-field complex will be outfitted with lights.

According to the 10-year agreement, which BREC's board of commissioners approved last week, OLOL Inc. has donated $350,000 to the project granting the health care provider a sponsorship benefit that includes having its logo and name prominently featured on the park's signage.

BREC is providing the other half of the money to install eight 70-foot tall poles with 240 LED light fixtures around the four fields, the agreement says.

"Basically the entire back part of the complex will now have lighted fields," said BREC spokeswoman Cheryl Michelet. "Besides the tournament, this is going to give us a lot more flexibility for night programs and the soccer league's membership."

"We'll be able to space games out more which will alleviate the congestion you sometimes see in the parking lots when different games are going on throughout the day," she said.