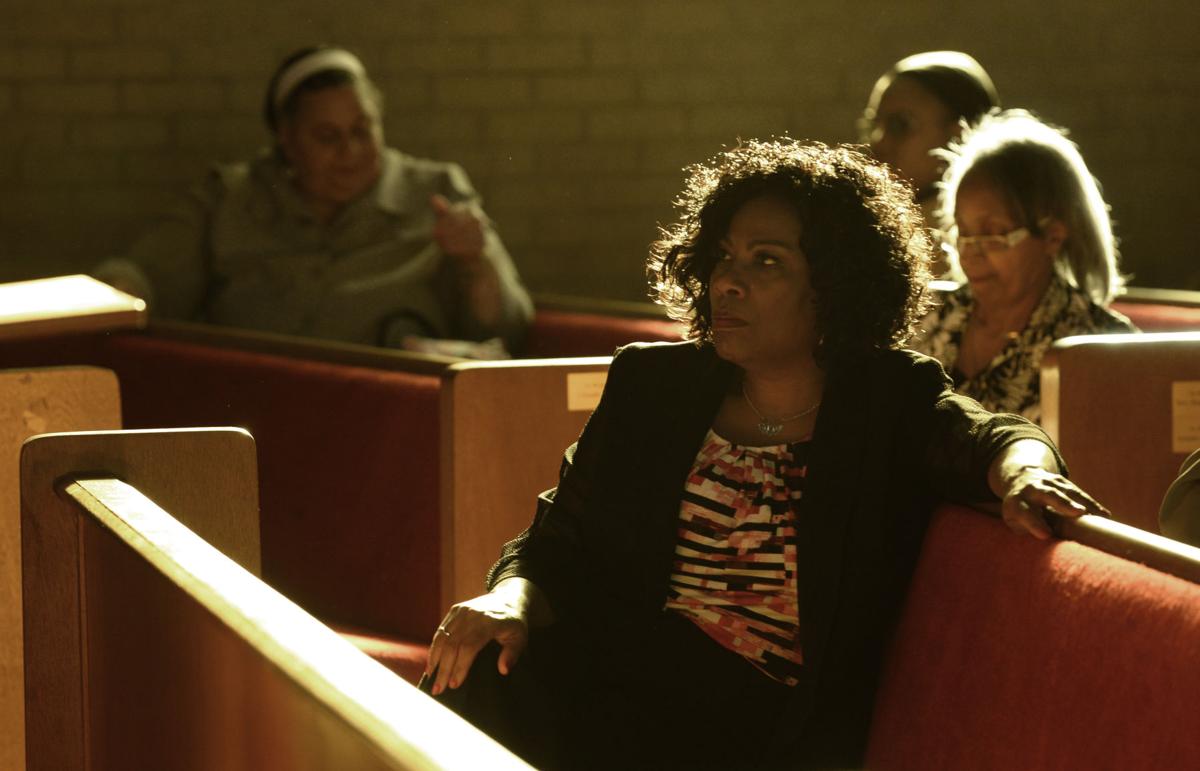 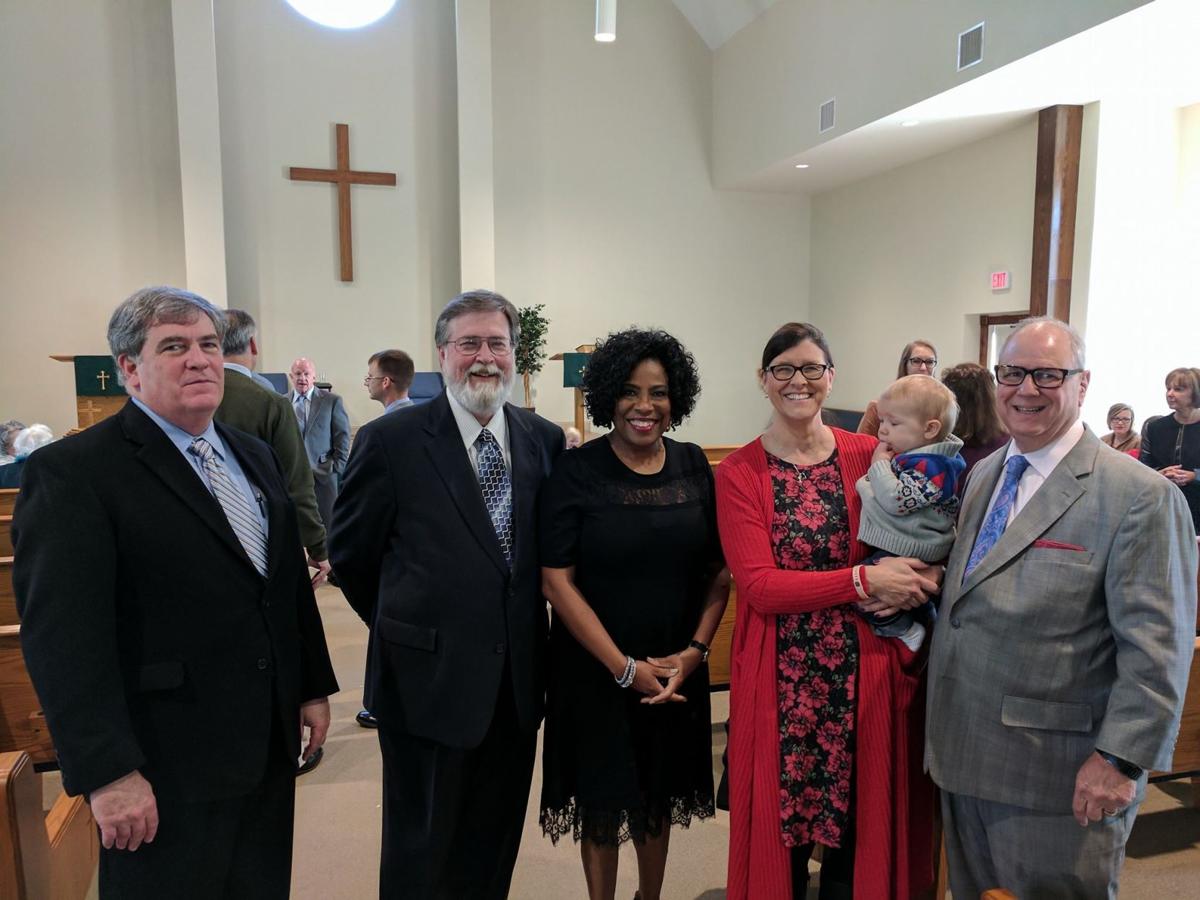 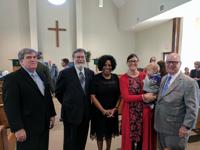 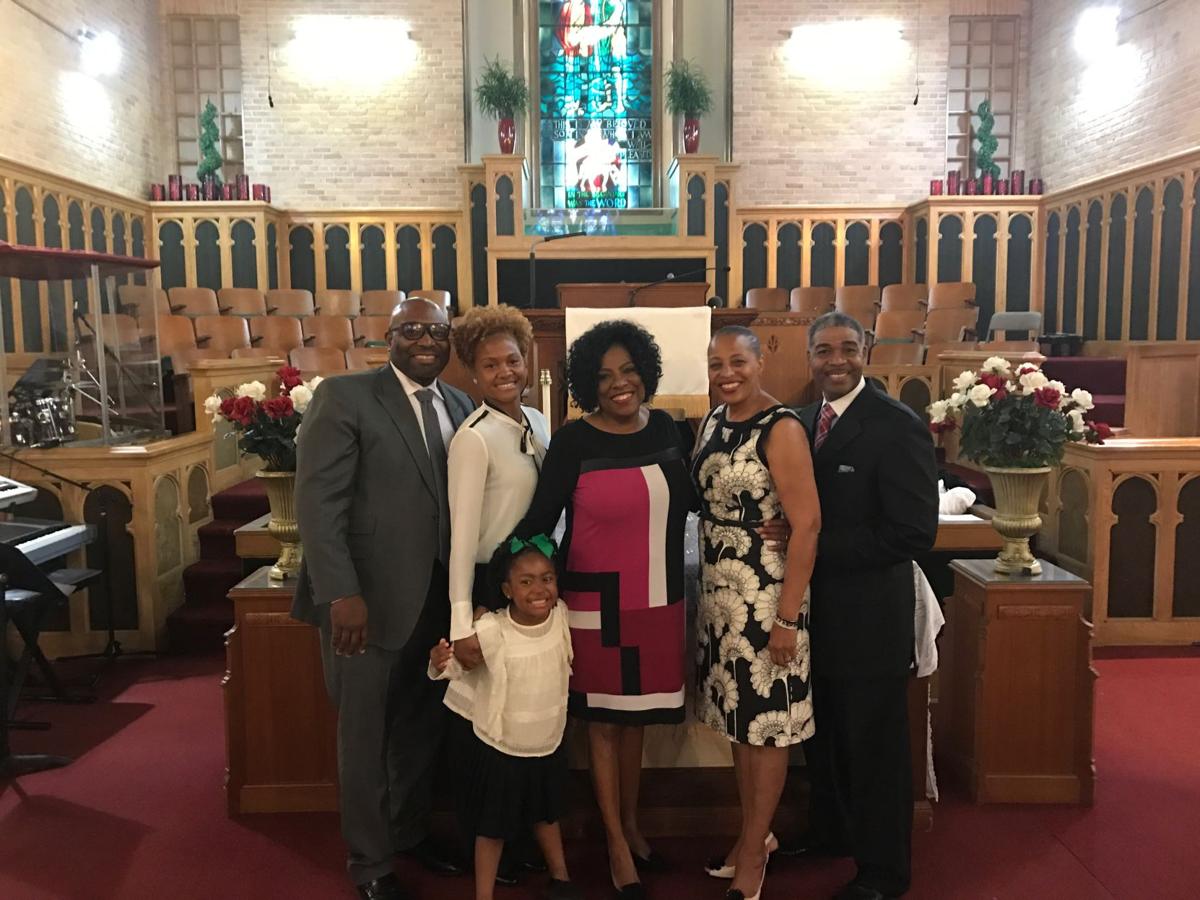 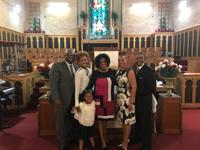 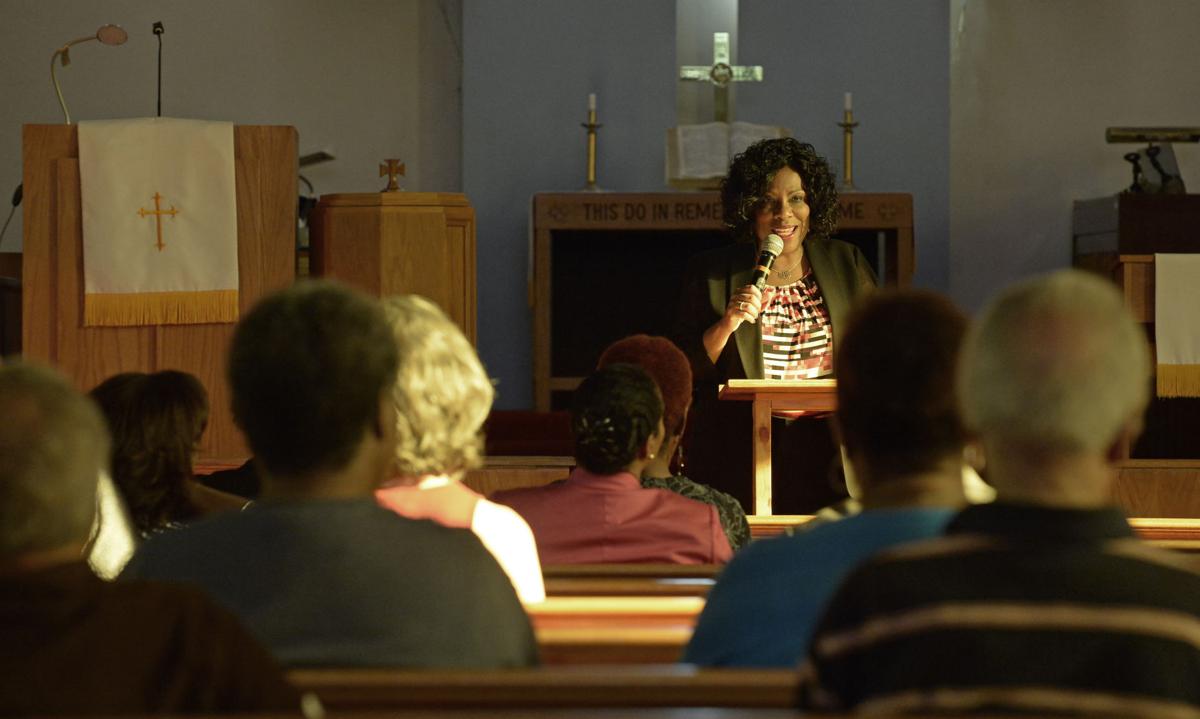 Mayor-President Sharon Weston Broome speaks during a "Meet the Beat" meeting, Thursday, June 8, 2017, at Bethel African Methodist Episcopal Church in Baton Rouge, La. The meetings introduce officers to the community and offer a question and answer portion for residents.

Mayor-President Sharon Weston Broome speaks during a "Meet the Beat" meeting, Thursday, June 8, 2017, at Bethel African Methodist Episcopal Church in Baton Rouge, La. The meetings introduce officers to the community and offer a question and answer portion for residents.

Sometimes, she claps along to evangelical music and hymns. Other times, she kneels in stained glass sanctuaries. And once or twice, she has even been asked to address the people in the pews.

Over the past several months, Baton Rouge Mayor-President Sharon Weston Broome has quietly joined most of the Metro Council members at their home churches. The experience has helped her to start cultivating relationships with those in City Hall who are among the most instrumental in helping her pass policy. And as Metro Council debates grow more contentious, splintered down racial and party lines, council members say they appreciate the opportunity to worship alongside Broome, regardless of whether they agree politically.

"It's part of that common denominator that people of faith share," said Broome, a Democrat. "While we may not agree on everything politically, our faith unites us."

On the eve of Baton Rouge's inauguration day, religious leaders from a number of faiths aske…

A politician who has served for decades, Broome has long been known for her deep Christian faith. It helped motivate bills she sponsored in the Louisiana Legislature, such as a law that requires pregnant women to see an ultrasound and hear the heartbeat of their fetus before having an abortion.

She frequently invokes scripture in her explanation for decision making, recently saying "faith must be combined with action" as she told the family of Alton Sterling she wanted to fire the police officer who fatally shot Sterling last July.

Since she won the mayor-president election at the end of 2016, Broome has frequently told supporters, "You prayed me in, now you've got to pray me through." Her pastor, the Rev. Raymond Jetson of Star Hill Baptist Church, has been one of her closest advisers.

She sent Metro Council members an email in February telling them she would welcome the chance to join them at church, and since then, she has made the rounds with Baptists, Catholics, Presbyterians, Evangelical Christians and others.

"It gave us a chance to talk about things outside of the political spectrum," said Dwight Hudson, a Republican on the Metro Council. Broome joined Hudson and his family at Healing Place Church, which describes itself as a "New Testament, full-Gospel, nondenominational body of believers."

"It was a good chance to connect and see the human side of someone and not just the politics," Hudson said.

When Sharon Weston Broome was in third grade in Chicago, a teacher named Mrs. Mobley told he…

Broome accompanied LaMont Cole and his family at Mount Zion First Baptist Church, one of the most historic churches in the city and the site where the nation's first bus boycott during the Civil Rights movement was organized. At church services, the Rev. Rene Brown usually delivers a brief message to the children in attendance, but he asked the mayor to do it in his place when she visited.

Cole, a Democrat, remembers her citing scripture and speaking about perseverance.

Barbara Freiberg said she was surprised when Broome offered to join her on Palm Sunday at University United Methodist Church, as she figured Broome would want to attend her home church that day. Their husbands joined them during the service.

Broome participated as a regular member of the congregation and was briefly recognized by the pastor. The mayor said she has not gone to any of the services with the intention of speaking or making her presence well-known, but instead prefers to simply socialize with other attendees.

Over Sharon Weston Broome's two decades in the state Legislature, she developed an interest …

For Metro Council members who have served under multiple mayors, Broome's outreach in attending church with them was something new. Former Mayor-President Kip Holden was highly social and used different bonding methods with the council members, inviting them to join him for a Budweiser or to dance onstage at a Live After Five concert.

Buddy Amoroso, a Republican, asked Broome to attend Christ Presbyterian Church with him and his family when they celebrated Transfiguration Sunday. He said he was happy to see Broome's desire to meet more people in his district.

And while Broome has traveled across the parish for worship services, she has not needed to leave the comfort of Star Hill to worship alongside Donna Collins-Lewis. Over the course of decades, the two have grown accustomed to seeing each other in church on Sundays.

"It's a normal thing for us," Collins-Lewis said. She applauded Broome for trying to connect with council members on a deeper level. "There's only one God. We fellowship and we have different denominations, but we have one God."

Collins-Lewis said she and the mayor previously attended Love Outreach Faith Fellowship before moving to Star Hill. The relationship between the two of them, both Democrats, stretches far back.

Broome said she hopes attending church with council members has helped initiate good relationships with them that will continue to grow. Not all of her churchgoing has been with council members, either. She attended the opening of St. George Catholic Church after receiving an invitation and said her goal is to visit as many houses of worship with council members and city-parish staffers as she can.

When she visited Our Lady of Mercy Catholic Church with Matt Watson, a third-row side pew had been reserved for the two of them behind a group of young missionaries going to Haiti. Watson made a special stipulation after receiving Broome's invitation.

He held up his end of the deal, and is waiting on the day Broome will bring him to Star Hill.

When Mitch Landrieu became mayor of New Orleans in 2010, the city was broke, still reeling from hurricane devastation — and for many years tro…