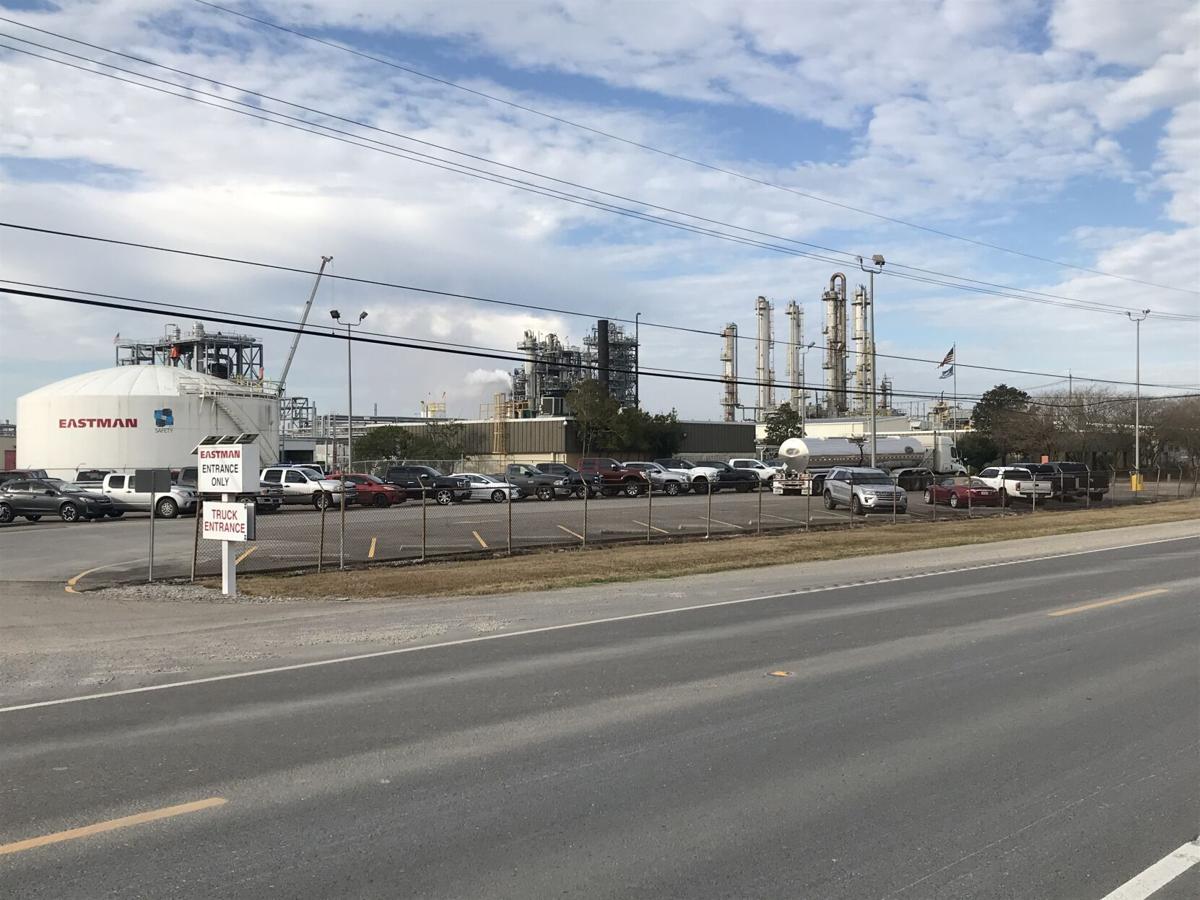 The Taminco US chemical plant along La. 30 in St. Gabriel, as seen on Tuesday, Feb. 2, 2021, is one of five high-priority facilities in Louisiana about which the U.S. Environmental Protection Agency’s Inspector General has urged regulators to warn residents to warn about cancer risk due to its ethylene oxide emissions. Taminco is part of Eastman Chemical Co. and says the self-reported EPA data overstated its emissions. 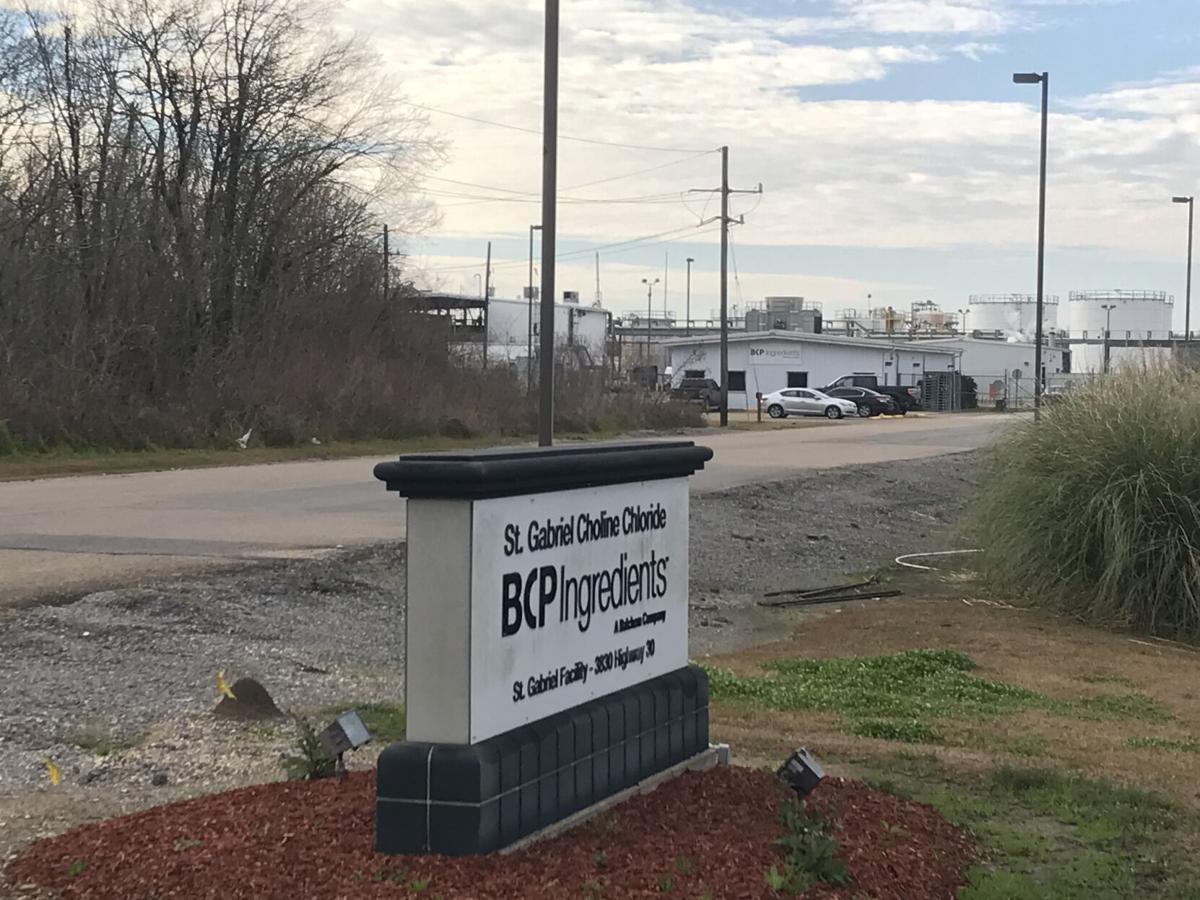 The BCP Ingredients chemical facility along La. 30 in St. Gabriel, as seen on Tuesday, Feb. 2, 2021, is one of five high-priority facilities in Louisiana about which the U.S. Environmental Protection Agency’s Inspector General has urged regulators to warn residents to warn about cancer risk due to its ethylene oxide emissions. BCP Ingredients is next to another facility that is also one of those high priority complexes.

The Taminco US chemical plant along La. 30 in St. Gabriel, as seen on Tuesday, Feb. 2, 2021, is one of five high-priority facilities in Louisiana about which the U.S. Environmental Protection Agency’s Inspector General has urged regulators to warn residents to warn about cancer risk due to its ethylene oxide emissions. Taminco is part of Eastman Chemical Co. and says the self-reported EPA data overstated its emissions.

The BCP Ingredients chemical facility along La. 30 in St. Gabriel, as seen on Tuesday, Feb. 2, 2021, is one of five high-priority facilities in Louisiana about which the U.S. Environmental Protection Agency’s Inspector General has urged regulators to warn residents to warn about cancer risk due to its ethylene oxide emissions. BCP Ingredients is next to another facility that is also one of those high priority complexes.

It's been almost a year since the inspector general for the U.S. Environmental Protection Agency urged agency officials to take "prompt action" to warn people living near 25 "high-priority" industrial facilities across the nation. Residents around five plants in Louisiana are still waiting.

The then-latest data from the National Air Toxics Assessment found that some communities had cancer risks from lifetime exposure to toxic air pollution well above and sometimes many times the minimum acceptable level due in large part to ethylene oxide emissions.

Five of those high-priority plants identified by the EPA inspector general are in Louisiana: Taminco US and BCP Ingredients in St. Gabriel, Evonik Materials Corp. in Reserve, Union Carbide Corp.'s Taft plant in Hahnville and Sasol Chemicals in Lake Charles.

The state Department of Environmental Quality hasn't yet informed Louisiana residents around those facilities about the apparent elevated lifetime cancer risk as the agency gathers information requested by EPA for closer analysis, officials said. Greg Langley, DEQ spokesman, also said the novel coronavirus outbreak and social distancing measures have hampered the agency's ability to hold public community meetings where the air risks could be presented.

'I just feel so helpless': In River Parishes, another possible cancer-causing agent in air, EPA says

Just three years ago, the U.S. Environmental Protection Agency declared that St. John the Baptist Parish had the highest cancer risk from airb…

In late 2016, the EPA had increased the cancer risk for ethylene oxide, determining the compound used widely in industry as a sterilizing agent and intermediate chemical was a human carcinogen. The EPA found it was 30 times more toxic to adults and 60 times more toxic to children than earlier believed, and last year finalized new rules to cut emissions.

Though the NATA data showed that ethylene oxide was "a new and significant driver of cancer risk," as the EPA inspector general said, the information was already dated, a snapshot in time from 2014 that wasn't released until August 2018.

Since then, overall ethylene oxide emissions have declined by more than a third in Louisiana to 40,848 pounds in 2019.

The five high-priority plants in Louisiana are part of those reductions since 2014, EPA data show. BCP Ingredients, for example, cut its ethylene oxide emissions drastically since 2014, falling 96% by 2019. Other reductions were smaller, EPA data show. A few of those companies also challenged the accuracy of the NATA conclusions of risk.

Rob Landry, a spokesman for the Louisiana Chemical Association, said companies have worked "tirelessly to improve their operations to lower emissions of (ethylene oxide), as well as other released materials," including better control technology.

"It is one of the main goals of every chemical manufacturer to run a facility that is as efficient, effective and environmentally friendly as possible," Landry said.

Anne Rolfes, director of the Louisiana Bucket Brigade, said DEQ should still be trying to let the public know what the latest science says. Her environmental group has opposed new plants in the Mississippi River corridor that would have new, large ethylene oxide emissions and other toxic releases in addition to what NATA has found.

The EPA inspector general noted last year that officials in other states with nine of the 25 high-priority facilities had, even then, taken it upon themselves to meet directly with the communities around those plants.

But Rolfes said that even though her group and others and local media accounts have helped inform people, it shouldn't be up to everyday people to dig up that information.

"They should be taking the initiative, but the problem is that, you know, we basically have no agency to help with health and chemical exposure. We just don't," Rolfes said.

Though six years old, the latest NATA data are concerning.

As one example, the census tract around the St. Gabriel area where Taminco and BCP Ingredients are located had a cancer risk from air emissions that was nearly double the minimum acceptable standard of a 1-in-10,000 chance of cancer from breathing polluted air for at least 70 years.

The cancer risk in St. Gabriel census tract, based on the 2014 data, is nearly six times the national average for lifetime exposure. Lifetime cancer risks around some of the other plants, like Union Carbide in Hahnville, were even higher.

The EPA views NATA data at the most local level as more akin to screening level information so that localized high risk figures are more an indicator of a need for further analysis.

This is what drove the EPA to seek more up-to-date information from state regulators and companies so that they could "support responsible and accurate risk communication," an EPA spokeswoman said.

With climate change high on President-elect Joe Biden's agenda, one might think local environmentalists would have high hopes for U.S. Rep. Ce…

Some Louisiana companies identified by the inspector general said the emissions data, which they had previously reported to EPA as accurate, were overstated and helped drive the 2018 NATA's conclusions for 2014 cancer risk. Later company testing showed the companies' own reporting to EPA helped paint an unduly alarming picture of risk in 2014, the companies said.

"The (ethylene oxide) emissions from our St. Gabriel facility do not currently and have not historically posed the risk suggested by the 2018 NATA," said Amanda Allman, a spokeswoman for Eastman Chemical Co., which owns Taminco.

This newspaper reported on a quote from President Joe Biden that made an off-handed reference to “cancer alley” in Louisiana. Where the presid…

Officials at Sasol in Lake Charles indicated they too had done more site specific testing since the NATA data came out and found the plant had been "significantly over-reporting our ethylene oxide emissions for several years."

The EPA inspector general's warning in March 2020 set off an internal dispute between the EPA watchdog and the agency's air office about how to grapple with the NATA's conclusions and to follow through on the recommendation to warn the public.

The now former EPA Secretary Andrew Wheeler settled a dispute in the waning days of the Trump administration. In early December — it didn't become public until Jan. 14 — Wheeler endorsed a plan that, in Louisiana and Texas, called for leaving the public information response to state environmental officials in combination with companies and EPA.

Since Wheeler's decision just before the change of administration, President Joe Biden has appointed a new EPA secretary, promising a more robust enforcement of the oil and gas industry as his administration focuses on climate change and the pollution impacts on minority communities.

An EPA spokesperson said that the "new leadership team is aware of this issue and will be working with EPA staff to determine next steps, guided by science, the law, and the need for transparency to protect public health and the environment and advance environmental justice."

Nearly 34,000 DEMCO and Entergy customers are still without power Tuesday morning in the Baton Rouge area after Monday's ice storm that prompt…