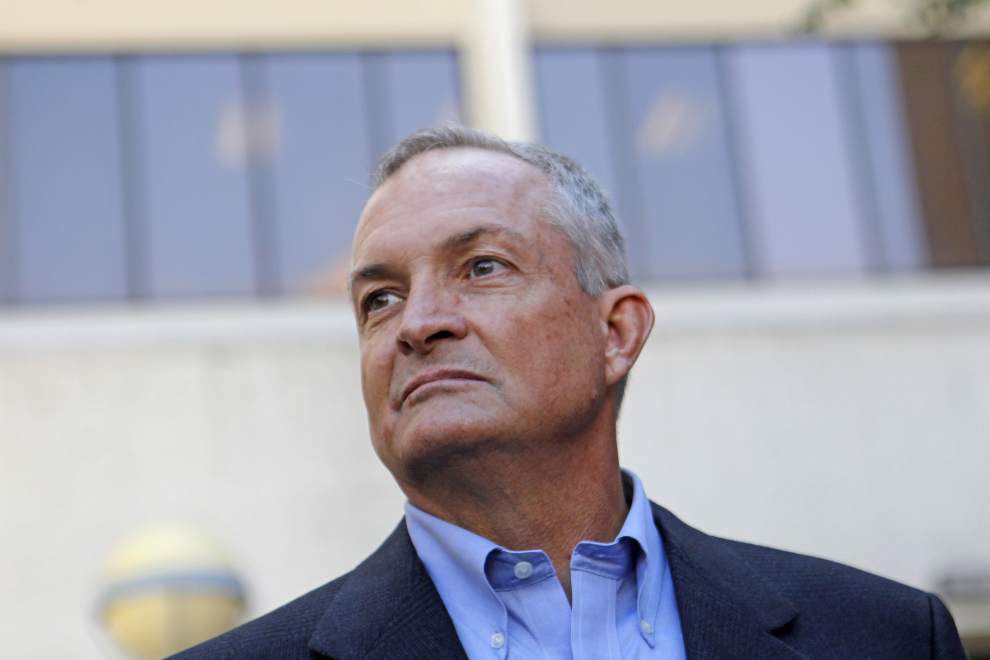 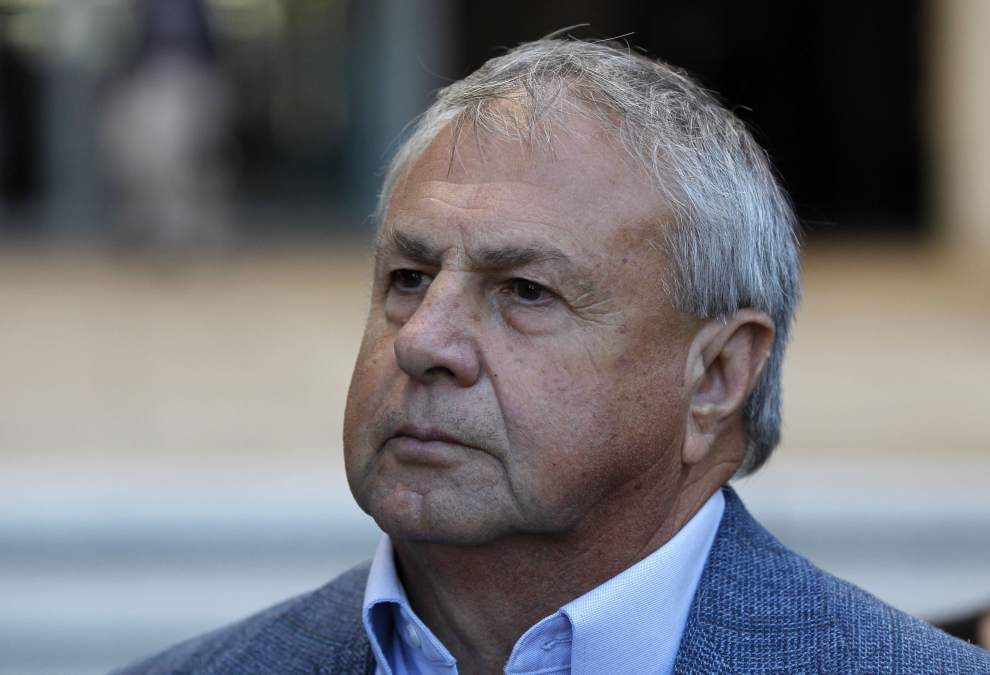 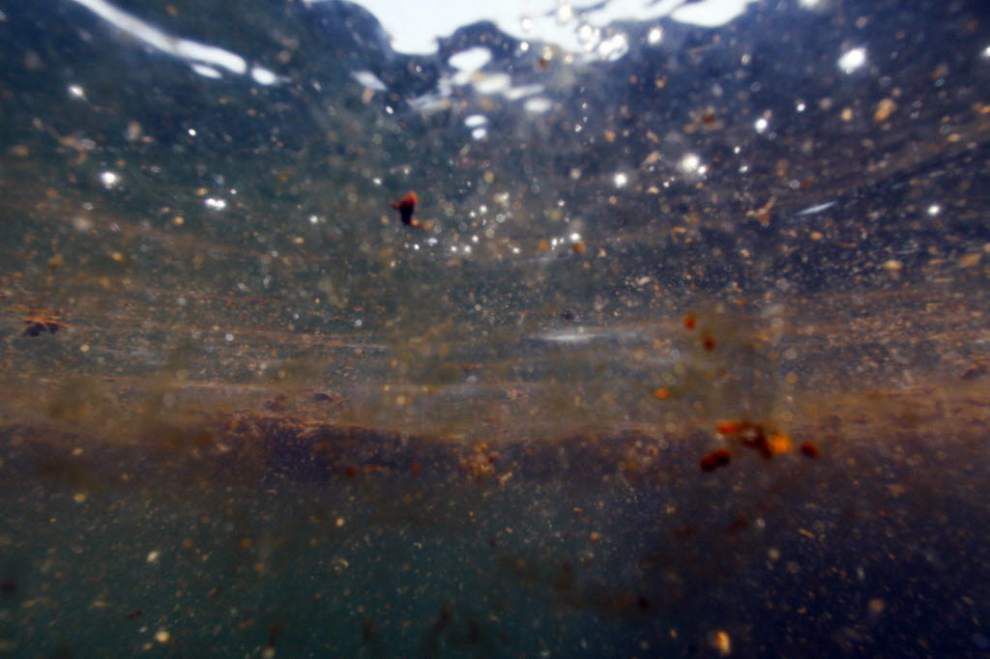 In this Monday, June 7, 2010 file photo, patches of oil from the Deepwater Horizon spill are seen from an underwater vantage, in the Gulf of Mexico, south of Venice, La. (AP Photo/Rich Matthews, File) 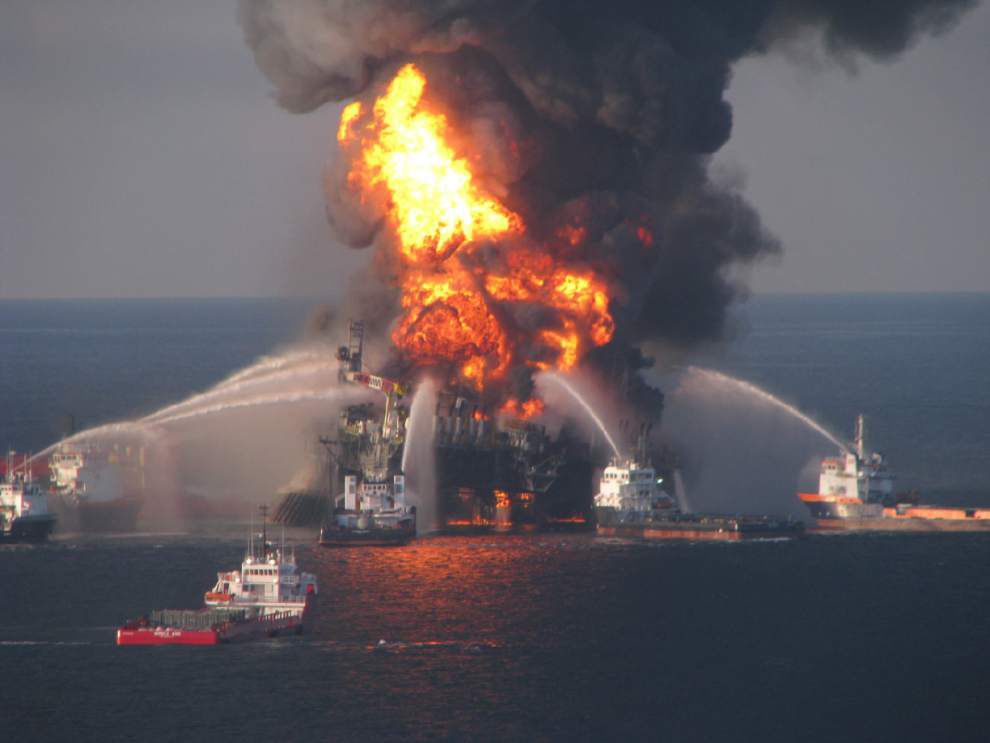 In this Monday, June 7, 2010 file photo, patches of oil from the Deepwater Horizon spill are seen from an underwater vantage, in the Gulf of Mexico, south of Venice, La. (AP Photo/Rich Matthews, File)

Three years ago, then-U.S. Attorney General Eric Holder stood on the steps of the federal courthouse in New Orleans to trumpet the indictments his prosecutors had just secured against BP’s top two supervisors onboard the Deepwater Horizon drilling rig when it exploded in 2010, killing 11 men and setting in motion the worst environmental disaster in U.S. history.

Holder also announced that day that a BP executive would face charges, and that the company itself had agreed to plead guilty to a raft of felony counts.

His message was unmistakable: The negligence and inattention to safety that led to the disaster weren’t just going to be fobbed off on a faceless corporation. Flesh-and-blood human beings were going to be held accountable as well.

But on Wednesday, the government dropped all of the remaining felony counts against the two BP rig supervisors, Donald Vidrine and Robert Kaluza.

Of five men charged in connection with the oil spill, they were the last two facing trial. It now appears almost certain that no one will serve any time behind bars over the disaster.

That left a bitter taste in the mouth of one victim’s father.

“The fact that no one will ever spend a moment behind bars for having killed 11 men by their greed, by their negligence based entirely on greed, is astonishing to me. It’s disappointing,” said Keith Jones, whose 28-year-old son, Gordon Jones, died in the accident.

But other observers — while sympathetic to Jones’ feelings — have been critical of the government’s somewhat lackluster criminal cases tied to the spill from the beginning, in part because the charges were largely aimed at mid-level employees.

“The Gulf oil spill always was a case about corporate culture run amok, and not a strong case for charges against individuals,” said David Uhlmann, a law professor at the University of Michigan and former chief of the Justice Department’s Environmental Crimes Section. “The individuals with the most culpability for the spill were the senior corporate officials who created as corporate culture that regarded risk-taking and devalued safety and environmental protection.”

Vidrine and Kaluza were slammed in the 2012 indictment for misinterpreting the results of a critical pressure test and ignoring clear warning signs that the Macondo well was in danger. They were initially charged with 11 counts apiece of seaman’s manslaughter and involuntary manslaughter, along with violating the federal Clean Water Act.

In 2013, U.S. District Judge Stanwood Duval Jr. dismissed the seaman’s manslaughter charges, ruling the statute is intended to target a captain or someone in charge of operating and navigating a vessel, rather than supervisors on a drilling rig. A three-judge appellate panel affirmed his ruling this year.

On Wednesday, prosecutors asked Duval to dismiss the 11 involuntary manslaughter charges “in the interests of justice,” leaving the men to face a single misdemeanor charge apiece of violating the federal Clean Water Act. Vidrine pleaded guilty to that charge Wednesday morning, while Kaluza intends to go to trial.

The U.S. Department of Justice gave a cryptic answer for why prosecutors decided to essentially throw in the towel.

“The government moved to dismiss the remaining counts because circumstances surrounding the case have changed since it was originally charged, and after a careful review the department determined it can no longer meet the legal standard for instituting the involuntary manslaughter charges,” U.S. Department of Justice spokesman Peter Carr said by email.

Vidrine’s plea deal calls for 10 months of probation, 100 hours of community service and $50,000 in restitution, to be paid to the National Fish and Wildlife Foundation. The Clean Water Act charge carries a maximum possible penalty of a year in prison.

Kaluza decided not to take a similar deal and will instead proceed to stand trial in February on the misdemeanor pollution charge, his attorney, former federal prosecutor Shaun Clarke, said Wednesday.

“He’s still charged with a crime that he’s innocent of, so misdemeanor or not, he’s going to trial to clear his name,” Clarke said.

If Kaluza’s case proceeds to trial, it’s possible that prosecutors could call on Vidrine to testify against him.

Of the five men charged with crimes in connection with the April 20, 2010, disaster, Vidrine and Kaluza faced by far the most serious charges.

Kaluza, who spent 35 years in the oil and gas industry, was assigned to the Deepwater Horizon just four days before the blowout, filling in for its regular well-site leader, who left for training onshore. “Unknown to Mr. Kaluza, he was being sent to what others had called the ‘well from hell,’ the ‘trouble,’ the ‘nightmare,’ ” Clarke wrote in a court filing.

Vidrine, who lives in Lafayette, refused to testify in hearings after the spill to assess what went wrong, citing medical problems. Kaluza invoked his Fifth Amendment right against self-incrimination.

But some legal observers who have followed the legal case contend that the five men charged were essentially fall guys for the government, which needed someone to take the blame. In almost every case, the men were initially charged with far more serious crimes than those the government settled on.

When prosecutors dropped an obstruction of justice charge against former engineer Kurt Mix last month in exchange for his guilty plea to a far less serious crime, Mix told reporters outside the courthouse that his experience made him question the American system of justice.

That same frustration may be what’s driving Kaluza to fight the lone misdemeanor charge he still faces.

“It remains to be seen whether Kaluza will go to trial, but my sense is that he feels that he and Vidrine are scapegoats for a larger corporate culture problem over which they have no control,” Uhlmann said. “He might want to go to trial and seek full exoneration, although obviously, there’s a risk involved in doing so, and the potential for a longer sentence if he’s convicted.”

Many legal experts, including Uhlmann, have theorized that the government’s case against Vidrine and Kaluza suffered a fatal blow once the seaman’s manslaughter charges were dismissed. That statute, which has never been applied to supervisors on a drilling rig, requires a lower burden of proof — mere negligence — in order to gain a conviction, whereas the involuntary manslaughter charge would require proving that the men showed “a reckless disregard for human life.”

There’s been little dispute that the failure by Vidrine and Kaluza to correctly interpret the pressure test had disastrous consequences.

After the test, the rig crew started removing heavy drilling fluid from the riser — the mile-long pipe connecting the well at the ocean floor to the drilling platform on the surface — and replacing it with lighter seawater. It was a fatal decision, allowing oil and explosive natural gas to flow freely up the well and onto the rig floor. Before long, the well blew out, igniting the drilling rig and causing it to explode.

In accepting his plea deal Wednesday, Vidrine acknowledged that subsequent steps taken by the rig crew led to “underbalancing the well and removing a barrier against the flow of hydrocarbons toward the rig.”

The alleged missteps by the two men were discussed at length throughout the first phase of an eight-week federal civil trial in New Orleans in 2013, when attorneys and federal prosecutors argued over which of the firms involved in the ill-fated drilling project should be held liable.

During that proceeding, Richard Heenan, an independent drilling consultant, testified on the government’s behalf, saying that the handling of the pressure test “was a gross and extreme departure from the standards of good oil field practices.”

Wednesday’s developments brought the criminal cases filed in connection with the spill to an end, save for Kaluza’s upcoming misdemeanor trial. All told, five workers were charged with crimes; only one of them was an executive.

Mix, the engineer, pleaded guilty last month to intentionally causing damage to a protected computer, a misdemeanor, and was sentenced to six months’ probation. Like Kaluza and Vidrine, he had faced a far more serious charges of obstruction of justice for allegedly deleting text messages from his phone.

David Rainey, BP’s former vice president of exploration for the Gulf, who was accused of trying to mask the severity of the oil spill, was acquitted in June of a charge of making false statements to federal investigators who were probing the disaster in 2011. Rainey’s charges were reduced after a federal judge threw out a pending count of obstruction of Congress amid concerns about whether he could present a full defense at trial without compelling congressional aides to testify.

And in 2013, Anthony Badalamenti, a former Halliburton engineer, pleaded guilty to a misdemeanor charge of destroying evidence. He was sentenced to a year of probation.

The federal prosecution of the companies involved in the massive spill has been more successful. Among the firms charged: BP; Transocean Ltd., which owned the rig and supplied the crew to BP; and Halliburton, hired to design and pump the cement to plug the well before it could be developed for production.

The same day Vidrine and Kaluza were indicted in 2012, BP agreed to plead guilty to 11 counts of felony manslaughter, obstruction of Congress and a series of environmental crimes, and to pay a $4 billion fine. The company later agreed to pay $20 billion to resolve federal and state claims for economic and environmental damages, plus hundreds of lawsuits filed by local governments.

Michael Magner, a former federal prosecutor who represented Rainey at trial, said Kaluza’s and Vidrine’s conduct was “a long way from having been a criminal event,” considering that both men were on the rig at the time of the disaster.

“There is a big difference between a civil wrong, which is usually framed in terms of negligence or perhaps even gross negligence, and a criminal act, which requires that somebody act with criminal intent,” he said. “I think the government was always going to have a problem in proving that Kaluza and Vidrine had anything like criminal intent when they were in fact in the scope of danger.”