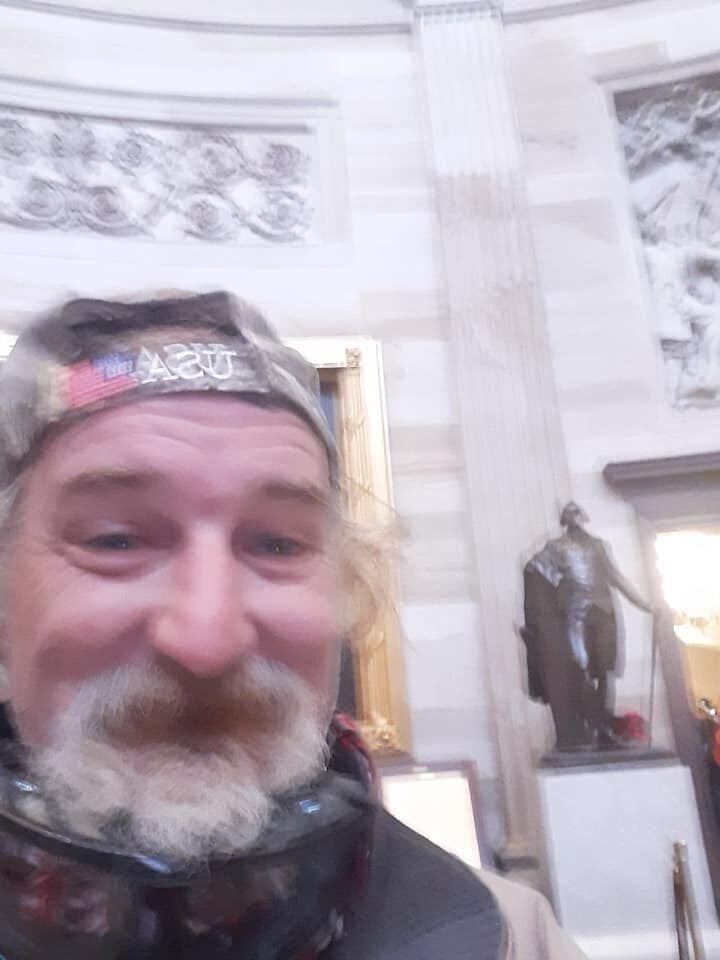 Lafayette resident Vaughn Gordon inside the U.S. Capitol on Jan. 6, 2020. Gordon was among the hundreds of people who stormed the building, interrupting Congress' certification of the Electoral College. He said he remained peaceful and did not vandalize the building. 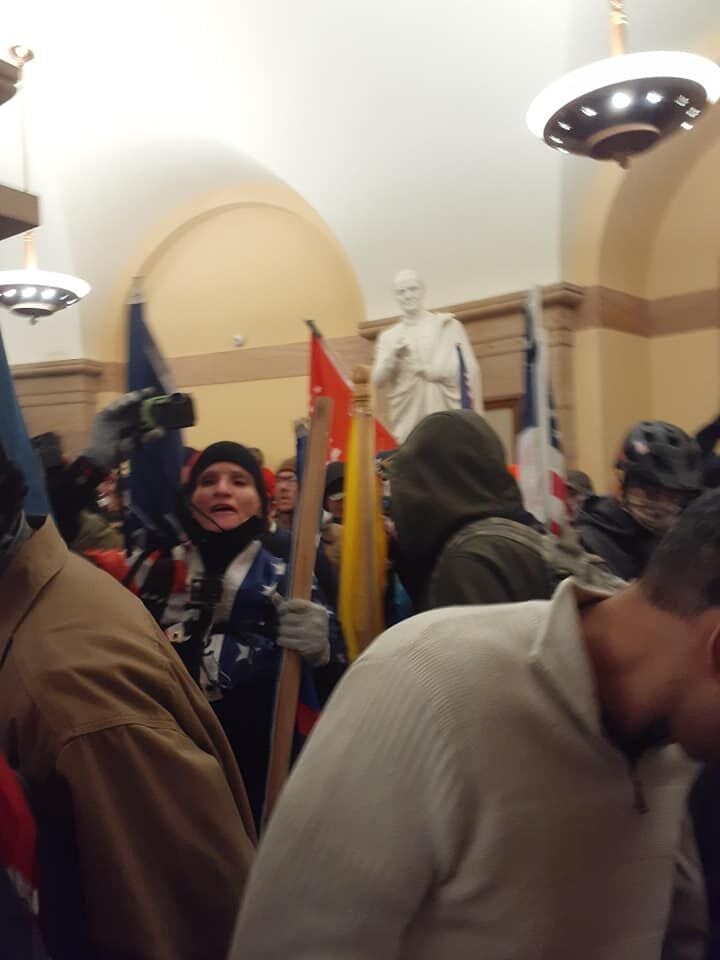 A photo from inside the U.S. Capitol Crypt that Lafayette resident Vaughn Gordon took on Jan. 6, 2020. Gordon was among the hundreds of people who stormed the building, interrupting Congress' certification of the Electoral College. He said he remained peaceful and did not vandalize the building.

Vaughn Gordon apologized for his hoarse voice before addressing the gathered crowd of 50 people in front of the State Capitol on Saturday afternoon.

Gordon, of Lafayette, said he was among the rioters who stormed the U.S. Capitol on Wednesday, disrupting Congress’ certification of the 2020 election results and sending senators and representatives into lockdown for hours.

Gordon said he was able to wander the building for nearly two hours. He said he remained peaceful while in the building and did not vandalize anything.

He posted several selfies in the Capitol rotunda and other photos, which he shared with The Advocate.

Protestors at a Stop the Steal Baton Rouge rally gather on the steps of the Louisiana State Capitol, on Saturday, January 9, 2021.

“You’re looking at what by mandate is a felon because I entered into the Capitol during the riot,” Gordon told the gathered crowd. “I say riot because that’s what it was.”

Gordon traveled to Washington with his friend Robert Besson for Wednesday’s “Stop the Steal” rally that turned violent after attendees were urged by President Donald Trump to march to the Capitol in force during remarks in which Trump repeated his unsubstantiated claim that his election defeat was fraudulent. Five people, including a Capitol Police officer, died during the riot.

Gordon and Besson, a 30-year-old from Lafayette, listened to Trump’s speech in front of the White House on Wednesday morning before joining the scores of Trump supporters who marched to Capitol Hill. The pair said they were walking toward the eastern steps of the Capitol — the same place where President-elect Joe Biden is set to be inaugurated on Jan. 20 — before they were separated in the crowd as tear gas canisters went off around them.

Gordon said he continued up the steps and entered the building because tear gas drove him inside. Besson remained outside on the steps to look for Gordon, he said.

“It was chaos. It was mayhem. It was surreal,” Gordon said. “But I can tell you right now, the rampant destruction and the violence that they’re talking about us is not true."

During Wednesday's violence, Capitol Police Officer Brian Sicknick was wounded in a confrontation with attackers and was reportedly struck by a fire extinguisher. He died Thursday night. Another officer was crushed in a doorway, but it’s unclear what happened to that officer, whose plight was captured on camera and shared by the progressive organization Status Coup.

Gordon said he was about 20 feet away from the woman who was shot by Capitol Police inside the building, Ashli Babbitt. The pair led a moment of silence for Babbitt on Saturday before sharing their story.

Besson said people of all ages were outside the Capitol, including young children and the elderly. He said he broke up a fight at one point and walked back down the stairs when police in riot gear emerged from inside the building and pushed the crowd back.

“They call us terrorists because we were there wanting to have a peaceful protest,” Besson said, blaming a handful of “bad actors” for the violent scenes.

Gordon hasn’t been contacted by law enforcement, he said, but made his story known because he said he didn’t want to hide and felt he hadn’t done anything wrong. He spoke to the crowd on Saturday carrying a black flag attached to a stick that he said he used to shield himself from the batons of Capitol Police.

Both men agreed the violence in the Capitol has distracted from their original goal of a peaceful protest against Congress’ Electoral College certification. Numerous courts have rejected claims of widespread voter fraud during the election, but Trump has continued to claim otherwise with no evidence.

“We were demonized. We were vilified for showing up and wanting to have our voices heard,” Besson said.

Two members of his Cabinet have resigned, and other prominent Republicans are distancing themselves from President Donald Trump after he encou…