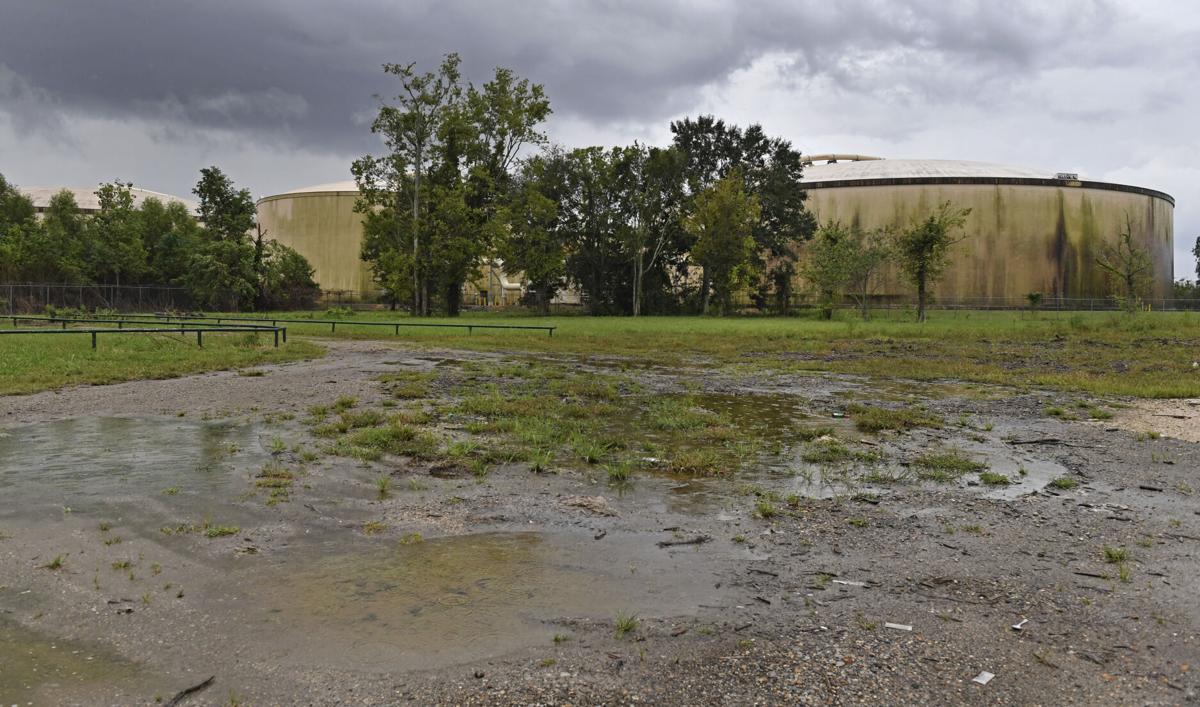 The South Baton Rouge Water Treatment facility, seen Thursday, September 30, 2021, from the Starwood Court Park in Baton Rouge, La. The facility suffered an equipment failure Wednesday that allowed untreated wastewater to back up into nearby residential homes. 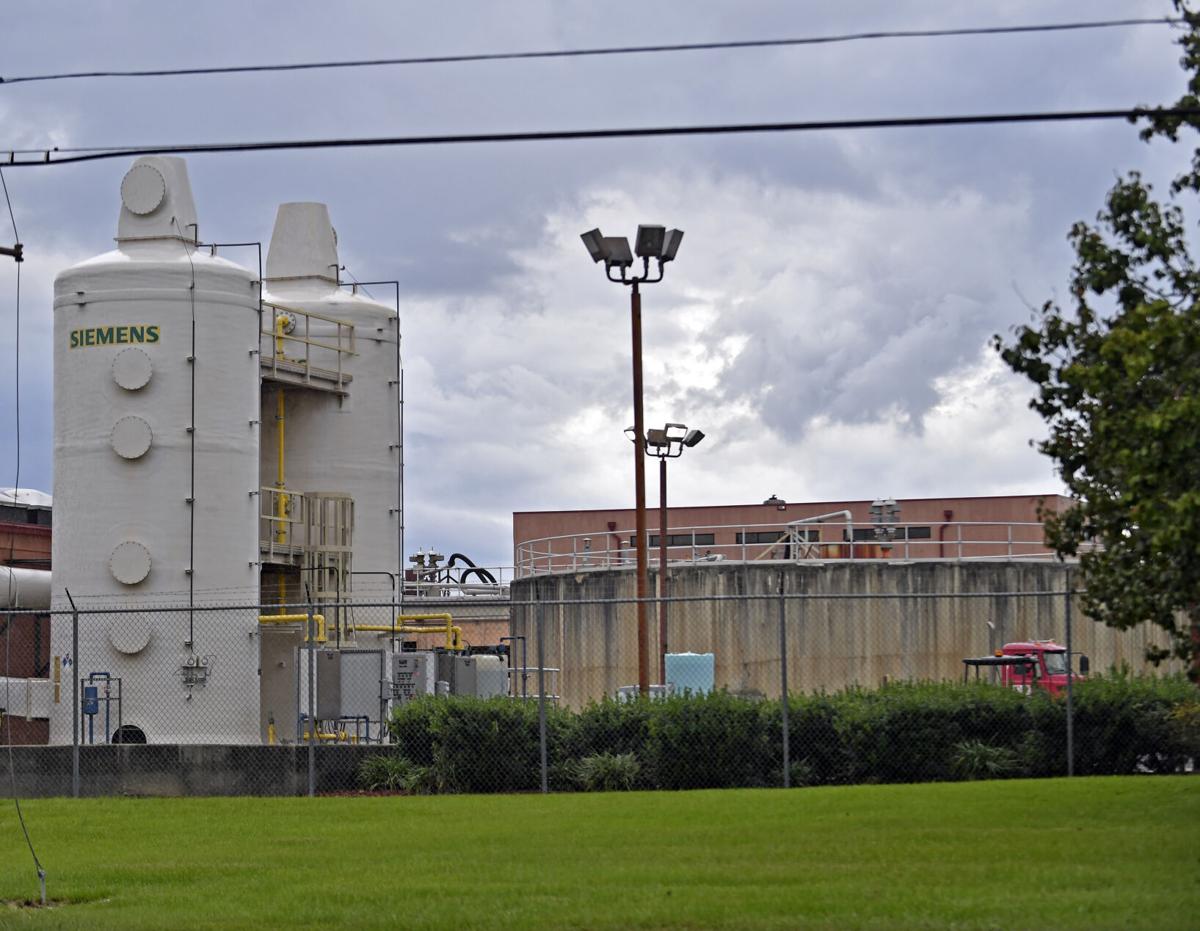 The South Baton Rouge Water Treatment facility, seen Thursday, September 30, 2021, off Gardere Lane in Baton Rouge, La. The facility suffered an equipment failure Wednesday that allowed untreated wastewater to back up into nearby residential homes.

The South Baton Rouge Water Treatment facility, seen Thursday, September 30, 2021, from the Starwood Court Park in Baton Rouge, La. The facility suffered an equipment failure Wednesday that allowed untreated wastewater to back up into nearby residential homes.

The South Baton Rouge Water Treatment facility, seen Thursday, September 30, 2021, off Gardere Lane in Baton Rouge, La. The facility suffered an equipment failure Wednesday that allowed untreated wastewater to back up into nearby residential homes.

“I have to be in here to clean up and you step on the carpet and the water from the carpet gets on your feet. It's so nasty because you know you’re stepping on somebody’s bodily stuff,” Jessica White said Thursday, the day after her first-floor apartment on Gardere Lane flooded with about an inch of water.

The sewage poured from the South Wastewater Treatment Plant for about two hours Wednesday amid the drenching rain. The pumps that propel the waste into the plant for treatment failed around 3 p.m., causing the waterways to back up and overflow, city-parish Chief Administrative Officer Kelvin Hill said.

White, 28, and her neighbor Tynette Carson, 44, were sitting in the living room of White’s apartment Thursday morning with the door open to allow for fresh air to enter from the outside. If the door is kept shut, the smell becomes overpowering, White said.

“The water was filthy. It left behind this nasty residue all over my carpet,” White said.

White and Carson’s apartments were among at least 31 units and homes that flooded due the failure at the sewage plant, Hill said.

Why the pumps failed isn't known.

“From time to time there’s going to be an issue, but what we’ll do is we’ll figure out what the root cause was and we’ll put systems in place to correct that so it doesn’t reoccur,” Hill said.

The apartment complex White and Carson live at is no stranger to flooding during heavy rain. Their parking lot was already experiencing some minor flooding when Carson said she heard a “boom” from the plant.

“When you heard it, that’s when the water started coming,” Carson said.

White compared the flow of the wastewater through the complex to a “river” that quickly rose, eventually seeping under her front door and through her foundation.

“I had to make my kids sit on the couch so they wouldn’t be in the water splashing around,” White said.

Once the water receded, White took her four children to her father’s house to escape the pungent smell inside her apartment.

“Thank God I got him, somebody I can go to, because otherwise we’d be out on the street sleeping in my car,” White said. “All their stuff is ruined. All their shoes, beds, furniture.”

The city-parish’s insurance carrier was notified Wednesday evening to assist residents by replacing their damaged items. Workers with the city-parish went door-to-door Thursday to identify residents impacted so they could begin the claims process, Hill said.

Some nearby residents were even forced to walk through the foul-smelling flood waters.

Decarlos Lindsey, who also lives in the complex, was out buying milk when the flooding started and returned home to sewage flowing through the parking lot. Lindsey, 25, lives on the second floor so his belongings were spared, but he had to walk through shin-deep water to make it to the stairs to his unit.

“Earlier that day we found a snake back here, so I didn't know if it had snakes in it, so I was scared,” Lindsey said. “It was scary and disgusting at the same time. … I got inside and went straight to the shower.”

While Wednesday’s experience was particularly horrific, residents who live near the plant, say the smell of human waste is nothing new to their day-to-day lives.

“All the time it smells horrible. Sometimes you can’t even sleep at night, it smells so bad,” said Donna Azeez, 69, who lives across Gardere Lane from the plant.

The smell is an “everyday” experience, Lindsey said.

Chemicals are added to the sewage once it arrives at the plant in order to neutralize most of the stench, but “by nature, it smells,” Hill said.

“There’s going to be some level of odor,” Hill said. “We understand some folks are more sensitive to odors than others, and we do the best we can to keep the odor down, but there’s really not a way to eliminate it.”

White said she would find a new place to live, but she isn’t financially stable enough to do so.

“It makes you want to move, but a lot of people aren’t financially stable enough to pick up and leave so you’re stuck to deal with it.”