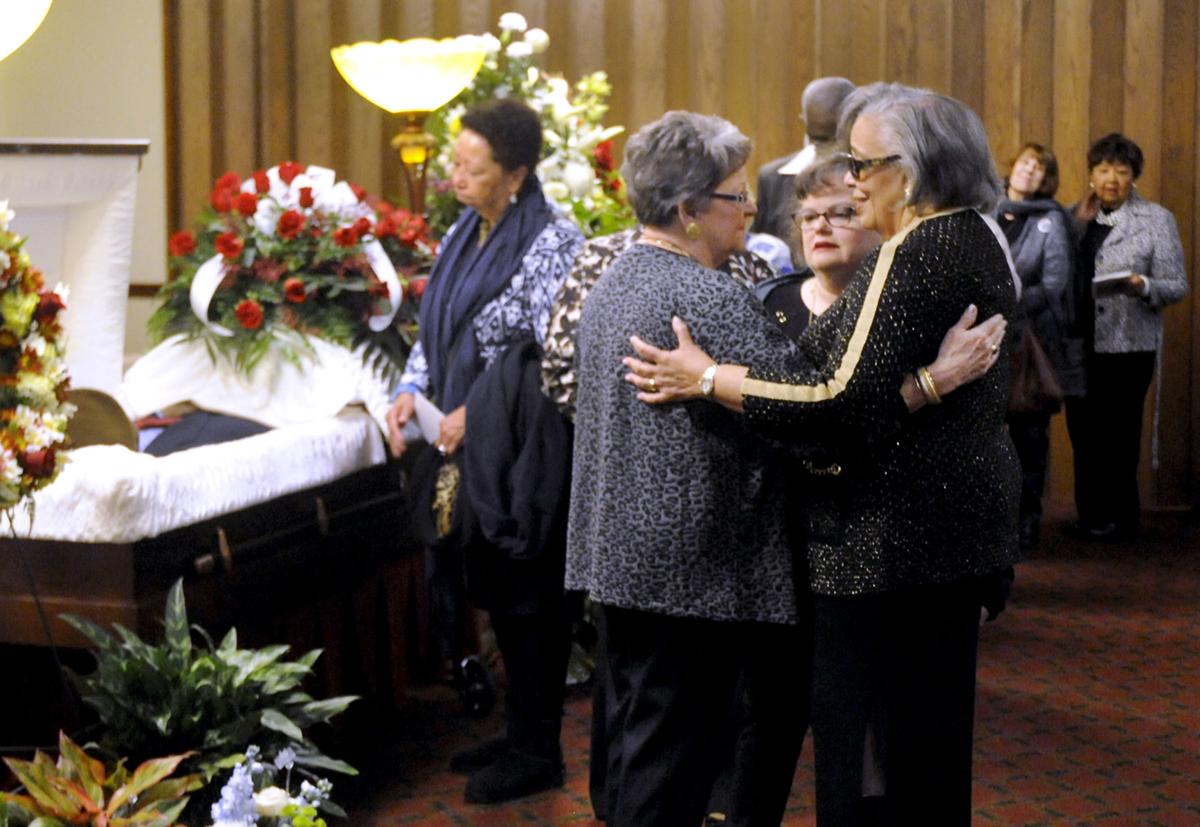 Dianne Gaines,right, wife of Ernest J. Gaines, speaks with guest during visitation before the funeral services of her late husband on Saturday afternoon at Hall Davis and Sons Funeral Home in Scotlandville, La. 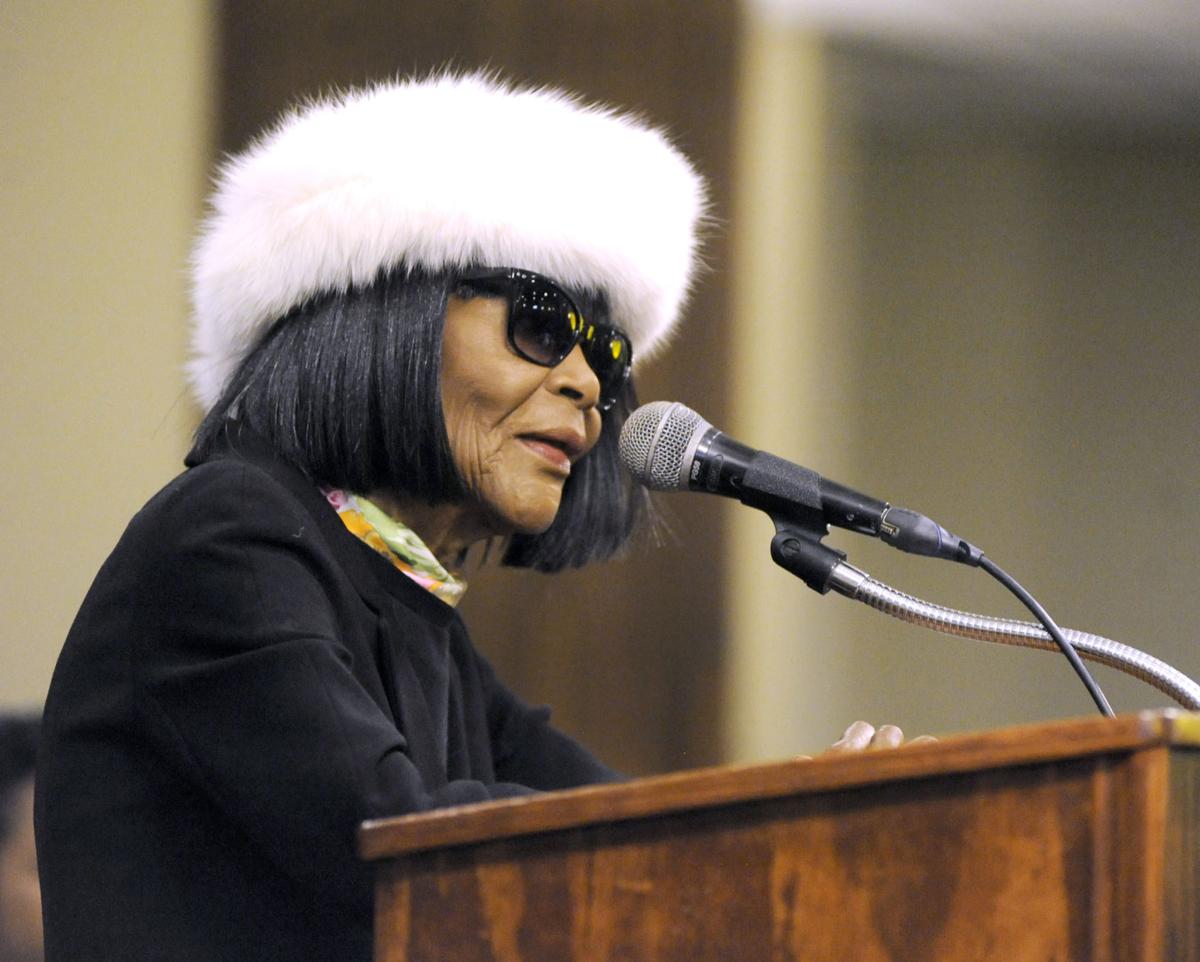 Actress Cicely L. Tyson, who played the part of Jane Pittman, in the movie The autobiography of Miss Jane Pittman, gives reflections during the funeral services of author Ernest J. Gaines on Saturday afternoon at Hall Davis and Sons Funeral Home in Scotlandville, La. 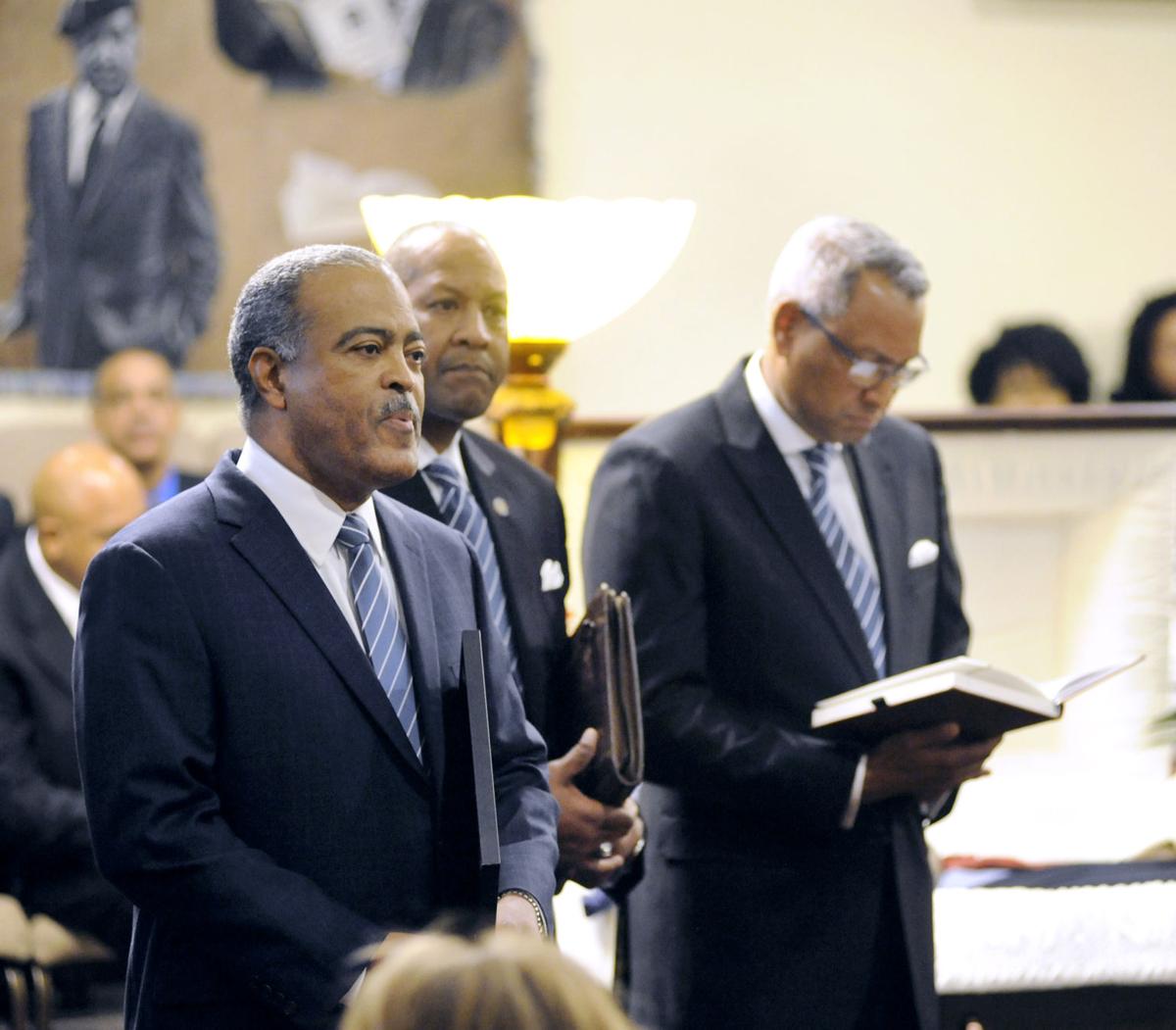 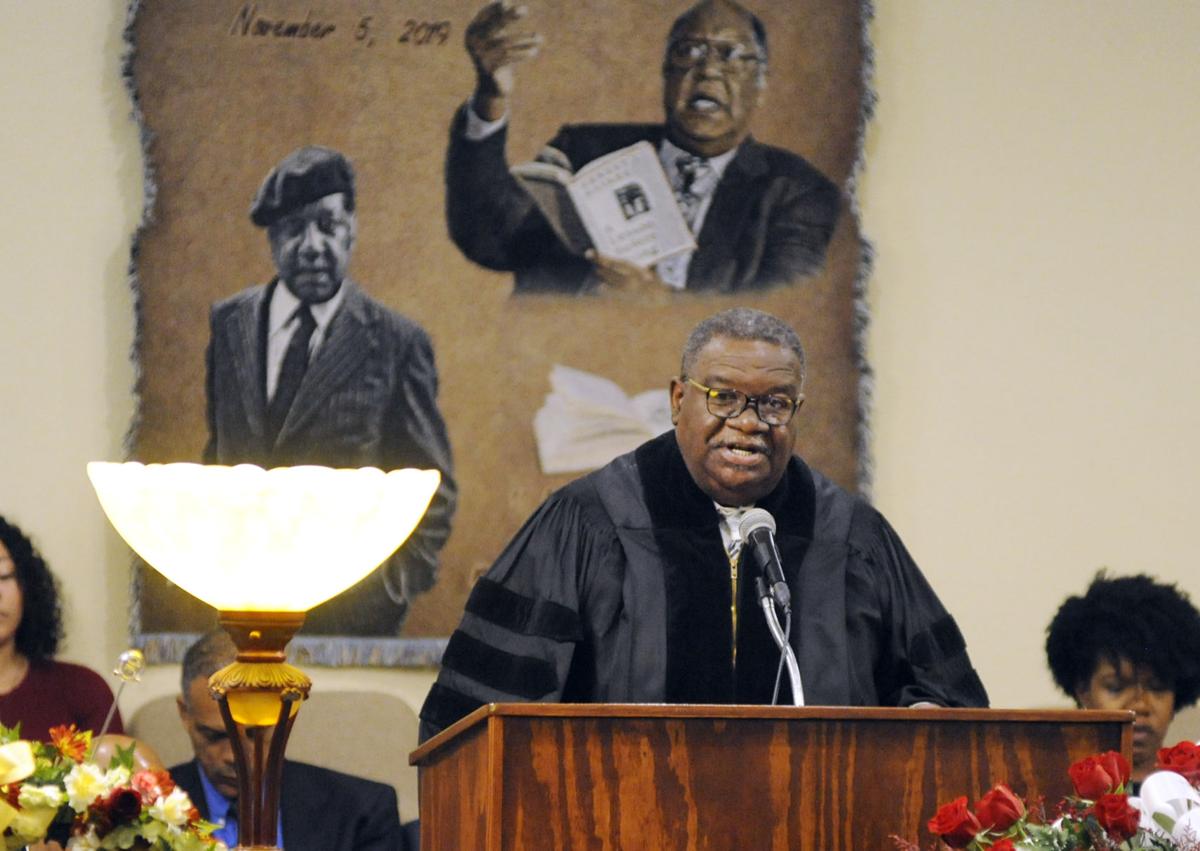 Dianne Gaines,right, wife of Ernest J. Gaines, speaks with guest during visitation before the funeral services of her late husband on Saturday afternoon at Hall Davis and Sons Funeral Home in Scotlandville, La.

Actress Cicely L. Tyson, who played the part of Jane Pittman, in the movie The autobiography of Miss Jane Pittman, gives reflections during the funeral services of author Ernest J. Gaines on Saturday afternoon at Hall Davis and Sons Funeral Home in Scotlandville, La.

Browsing a California bookstore on a Sunday afternoon in the 1970s, Cicely Tyson stumbled upon a recent release titled "The Autobiography of Miss Jane Pittman."

She'd never heard of the author, Ernest J. Gaines, but was nevertheless intrigued.

"I was smitten by the photograph of the woman on the jacket. I bought the book, took it home … and I could not put it down," Tyson said. She would go on to befriend Gaines and play the title role in a 1974 film adaptation of the book, which tells of the life of a woman who was a slave, then a sharecropper and ultimately a civil rights activist.

Tyson recounted the story Saturday at Gaines' funeral, where family members and fellow artists spoke about his literary legacy and shared memories of his caring nature. Hundreds packed into the Hall Davis and Sons funeral home on Scenic Highway in Baton Rouge for the service honoring the acclaimed author, who died Nov. 5 at the age of 86.

Ernest Gaines, the acclaimed author who drew inspiration from his impoverished upbringing in the rural South, died Tuesday morning of natural …

Tyson and Gaines first met while she was in Baton Rouge filming the movie "Sounder." Gaines was trying to persuade her director to make a film version of "The Autobiography of Miss Jane Pittman," which Tyson had recently read.

Gaines took Tyson to lunch at his home, where she met some of the influences for the character of Jane Pittman.

"He introduced me to all of those women that he grew up listening to, being taken care of, being loved by," she said. "And I stood there in absolute wonder. How was he able to take all of these lives and combine them into one brilliant character?"

Jason Berry: Ernest J. Gaines will live as long as there are readers

I was fortunate to know Ernest J. Gaines, the novelist whose storied career we celebrate in mourning his death at 86. A gentleman to his marro…

Thanks to Gaines' writing talents, "I have been Miss Jane to millions of people all over the world," Tyson said. That, she said, has allowed her to help share the story of "someone that the world should know."

Gaines drew inspiration from his heritage and the rural Pointe Coupee Parish community where he grew up. He tackled topics like racism and slavery through seemingly lifelike characters and dialogues in successful works such as "The Autobiography of Miss Jane Pittman," "A Gathering of Old Men" and "A Lesson Before Dying."

He harnessed the power of fiction to address important themes, said Irvin Mayfield Jr., a New Orleans trumpeter who composed a series of songs inspired by the writer's life.

The best novelists bring us important news long before it lands in the headlines, and that was certainly true of Ernest Gaines, the Oscar, Lou…

"There is more truth in a lie than there is in a truth. That is to say, if you want to learn something about a place and a culture, read fiction," Mayfield said, quoting what he called a "Gainesism" — a grain of wisdom the writer had passed on to him.

He was guided by a commitment to the people and places that were close to his heart, speakers at the funeral said.

He and his wife built a home on land that was part of the plantation where he was born near False River and often hosted gatherings for family and friends. The couple worked to preserve a historic cemetery in the area where Gaines' ancestors and two of his brothers are buried.

"My friend was a storyteller," said Darrell Bourque, a Louisiana poet. "He lived deeply and fully inside stories, and he lived fully and deeply in those he loved."

"I don't simply just respect Ernest Gaines. I love Ernest Gaines," Mayfield said. "I love Ernest Gaines because you can't touch, hug, kiss, embrace or console a painting, a word. … But if you're a master artist like Gaines, you'll use your magic, your words, your heart to remind us all of what love can do."

Stepson Stephen Smith said that legacy gave him cause for happiness, even on the sad occasion on the funeral.

"In his words, his genius is forever with us. … I'm happy that so many people the world over enjoy his work," Smith said.