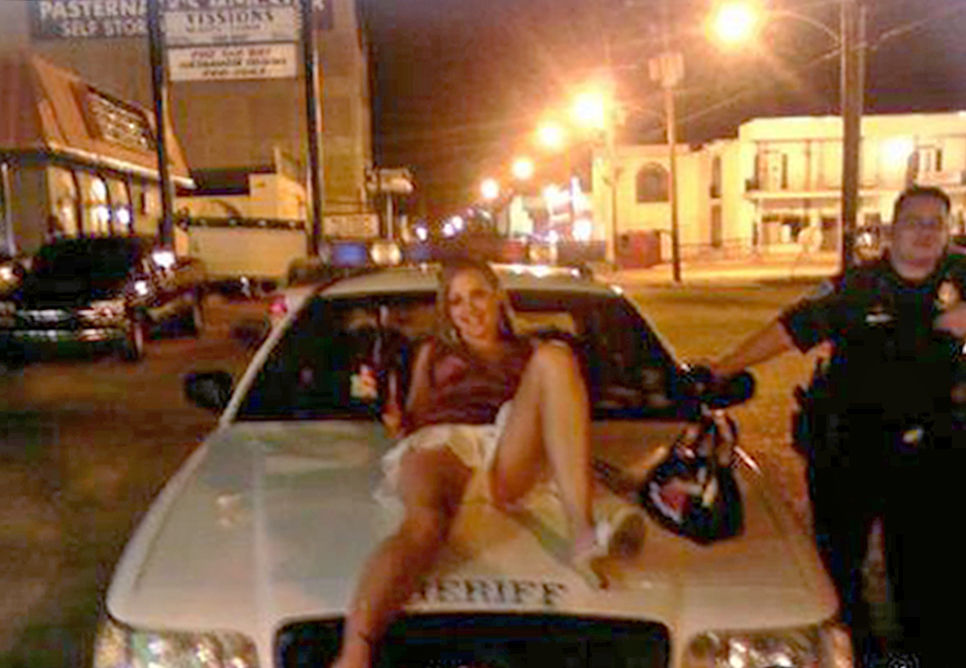 This picture was posted on thedirty.com of a woman on the hood of a Jefferson Parish Sheriff’s unit with a deputy beside it at Mike’s Place in Fat City. The photo led to Paul Poupart being sentenced to 20 years in prison on a charge of public intimidation of the deputy. 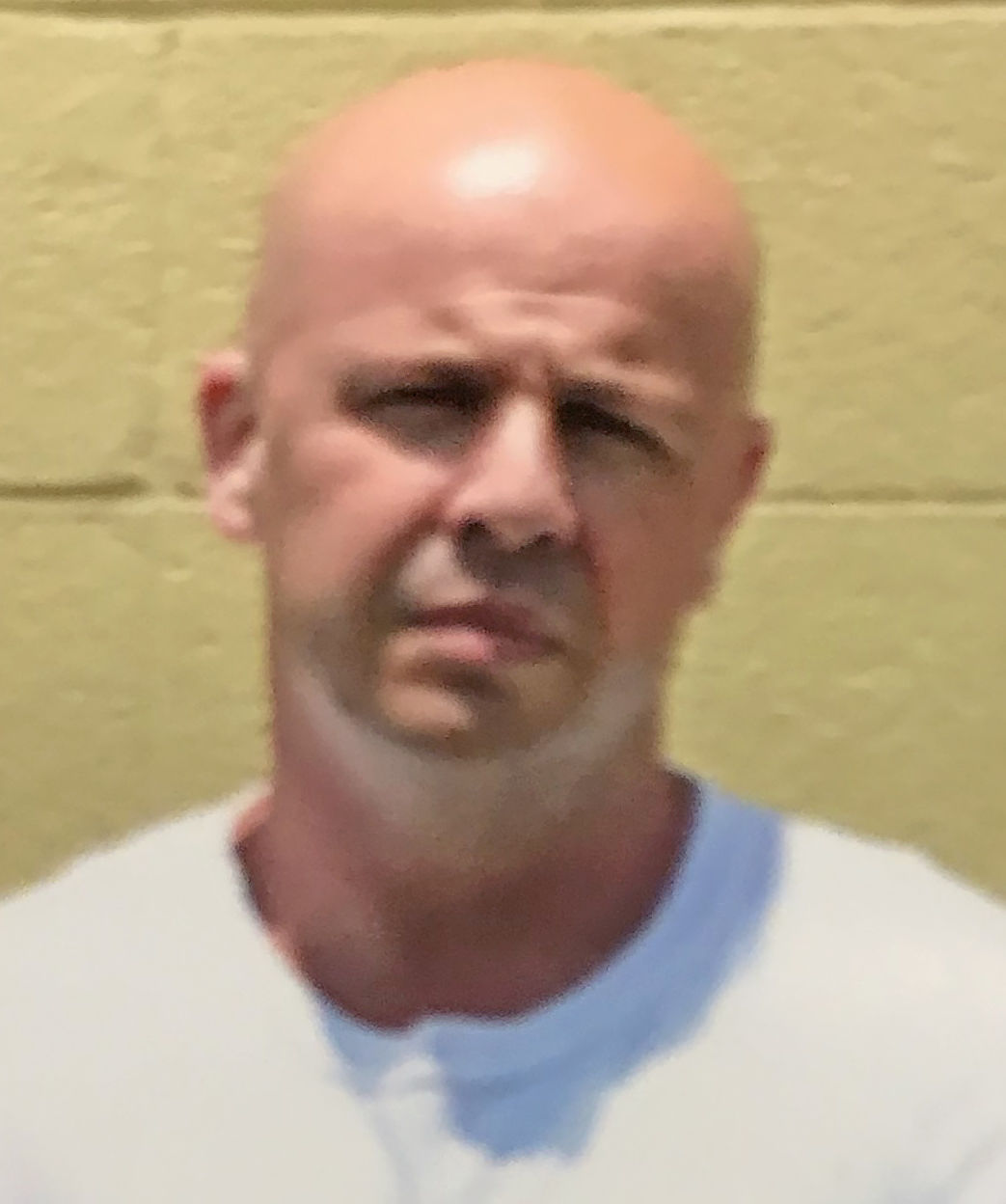 This picture was posted on thedirty.com of a woman on the hood of a Jefferson Parish Sheriff’s unit with a deputy beside it at Mike’s Place in Fat City. The photo led to Paul Poupart being sentenced to 20 years in prison on a charge of public intimidation of the deputy.

Paul Poupart made headlines a decade ago for allegedly posting a photo of a Louisiana sheriff's deputy with a woman posed suggestively on his patrol car outside a bar.

It would lead to Poupart's arrest and a 20-year prison sentence under a state law that the federal courts have recently declared unconstitutional — a ruling that could now allow his release from prison.

He's one of 58 inmates who received letters from the Louisiana Department of Corrections last week saying they may be eligible for a chance at release because of a court's recent finding that Louisiana's law on public intimidation is unconstitutional.

A Louisiana law that makes it a crime to threaten a public official is overly broad and thus unconstitutional, a federal appeals court has ruled.

Poupart was convicted in 2011 of public intimidation for posting the compromising photo of a Jefferson Parish Sheriff's Office deputy who had testified against him in an earlier battery case.

The photo that appeared on a website called "The Dirty" showed the deputy next to his patrol car as a scantily clad woman, described in the caption as a stripper, lounged atop the hood.

An investigation traced the photographs back to Poupart, who admitted taking them but denied posting them on the website.

Prosecutors alleged Poupart, just days before his trial on a battery charge weeks earlier, conveyed a threat to the deputy through the owner of the bar where the assault took place.

If the deputy, who had been working an off-duty detail, testified against him at the battery trial, Poupart allegedly said, he would "go public" with unspecified photos.

Poupart has long claimed the case brought against him was a cover-up to protect Jefferson Parish law enforcement from embarrassment. He has also claimed that authorities falsified evidence and retaliated against him for taking the case to trial.

Jefferson prosecutors pushed the case and secured a conviction for public intimidation. The crime has a maximum penalty of five years, but prosecutors invoked Louisiana's "habitual offender" law, citing Poupart's three previous convictions, for battery, drugs and attempted burglary. It landed him 20 years in jail.

"Personally, I think he was perceived as having struck close to law enforcement, to the parish authorities, and I think they viewed that as unjustifiable that he would attempt to impugn this detective," said Justin Harrell, an attorney who has represented Poupart. "I think he received the max for that reason."

Is it a crime to threaten an officer’s job? One federal judge calls La. law 'obviously unconstitutional'

Two federal judges have called into question a Louisiana law that makes it a felony crime to threaten a public official, saying the law is unc…

Poupart could be getting out sooner, though, as a result of a federal court ruling last year that the state's public intimidation law is overly broad and unconstitutional. Experts say it could be Poupart's ticket out of prison, if he files a court appeal.

The decision could also affect as many as 57 other inmates in prison for this crime, as well as people with this conviction on their record. In the letter sent to inmates last week, DOC General Counsel Jonathon Vining suggested the prisoners seek legal advice about their options.

"This decision may affect the validity of your conviction, and I encourage you to seek advice of legal counsel regarding the potential impact of the court's judgment," he wrote in a letter dated Feb. 19.

Vining's letter included a copy of a ruling from the 5th U.S. Circuit Court of Appeals last summer, which found that the law criminalized free speech, as well as illegal threats, making it unconstitutional.

"Because the meaning of 'threat' is broad enough to sweep in threats to take lawful, peaceful actions — such as threats to sue a police officer or challenge an incumbent officeholder — (the law) is unconstitutionally overbroad," the opinion issued in August by the appeals court read.

Louisiana Attorney General Jeff Landry has decided not to appeal the case to the U.S. Supreme Court, effectively putting an end to the litigation and opening up the possibility of appeals.

"Fixing the constitutional defect will take legislative action. We are prepared to assist them if they decide to address this issue," said Jacques Ambers, a spokesman for Landry.

Ken Pastorick, a spokesman for DOC, said the department waited to send out such a letter until it was clear the AG would not file an appeal; that happened in the past few weeks.

Poupart has been following news coverage of the court opinions and shared with The Advocate a copy of a petition he is drafting based on the appellate ruling.

"Petitioner continues today to serve a sentence based on an unconstitutional statute," Poupart wrote in a draft filing. "The retroactive determination by this court for petitioner would be the proper judgment in the interests of justice."

The felony public intimidation law prohibits any person from using "violence, force or threats … with the intent to influence (a person's) conduct in relation to his position, employment or duty." The law is meant to protect public employees, jurors, trial witnesses, election officials and school bus drivers.

The appellate ruling stemmed from two lawsuits filed by men in Livingston and Tangipahoa parishes who were booked on public intimidation after threatening to get the officers arresting them fired.

In one case from Tangipahoa, a Hammond man was accused of threatening to shoot his neighbor. When deputies arrived to investigate, the lawsuit alleges, they put Travis Seals in handcuffs and pepper-sprayed him in the face.

Seals threatened to file a complaint against the deputies, and allegedly said he would get them fired, for which he was booked with public intimidation, aggravated assault and other counts.

In a case from Livingston Parish, a Denham Springs man was arrested after allegedly objecting to what he said was a sheriff's deputy calling him a vulgar term while investigating a reckless driving complaint involving a neighbor. Police reports say William Aubin Jr. told the deputy, "I'm calling your supervisor; I'm going to have your job; I'm gonna get you fired."

In both cases, the 21st Judicial District Attorney's Office declined to prosecute the men on any charges.

But others are doing time for the challenged charge.

The Advocate reviewed five cases, beyond Poupart's, on a list of inmates provided by DOC under a public records request. All five were also serving time on other charges, which would affect their ability to get a sentence reduction.

In some cases the inmates threatened violent action if officers arrested them. Brandon Baltz was accused in Jefferson Parish of threatening to blow up the Sheriff's Office as deputies transported him to jail.

In other cases, the threats were directed at civil actions.

John Farmer was charged in Tangipahoa Parish after authorities said that, on his way to jail after being arrested for beating someone with a rake, he told deputies, "I swear on my dead relatives, my grandma and my son, you will lose your job over this one!” according to a police report.

Experts say that those prosecuted under the now-unconstitutional law should have a relatively easy time getting their convictions vacated and sentences overturned if they file post-conviction applications with the court that sentenced them.

"As hard as it is to get relief, no court is going to hold someone in prison on a law that has been held unconstitutional,” said Chris Aberle, director of the Louisiana Appellate Project.

But there is no public agency that does post-conviction relief, Aberle said. So, inmates would likely need to work with other inmates who specialize in legal work or hire private attorneys to get help.

There remain some open questions about who exactly will be affected.

As the Attorney General's Office sees it, the appellate court ruling only affects the part of the law criminalizing threats, and leaves intact the part that involves using force or violence.

But Ken Levy, a professor of criminal law at LSU Law School, said he reads the court's decision as invalidating the entire law. Levy said he is "shocked" that the attorney general is not appealing, because he believe the state has a strong case to appeal.

He said in an interview that he doesn't think the public intimidation law is as broad as portrayed by the appellate court, and that it mostly criminalizes threats that are illegal.

By allowing the law to remain invalid, the AG's Office is allowing people to go free who committed crimes like extortion or blackmail but were charged with public intimidation, Levy said. "That's the tragedy of this decision," he said.

The Attorney General's Office would not elaborate on its decision to quit appealing the case.